The Aorus X3’s battery life proved mixed. In the standard 40% brightness test the X3 lasted for just over four hours – about 90 minutes more than the MSI and the Gigabyte Aorus X5, both of which lasted for around two and a half hours.

That’s reasonable, but a high-end gaming test with the screen brightness increased saw the X3 last barely an hour. That’s more in line with other gaming notebooks, and it means that I could never take this machine away from the mains for a prolonged gaming session. 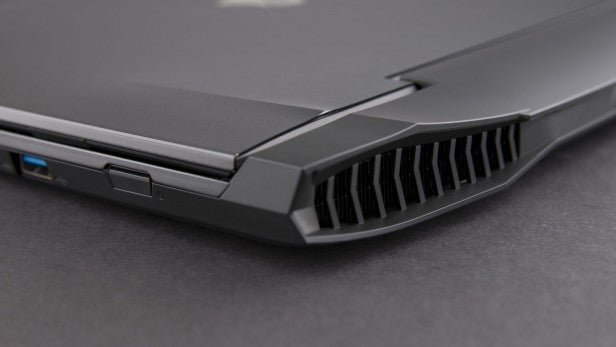 The Nvidia GeForce GTX 970M is one of the better mobile graphics cores around, but it struggles when confronted with the X3’s huge native resolution. I’ve run tests at 3,200 x 1,800 and 1,920 x 1,080, and have taken into account minimum frame rate and average frame rate, since both are crucial to smooth game play.

At 1080p, with Battlefield 4’s Ultra settings loaded, the Aorus returned minimum and average frame rates of 42fps and 51fps. These are excellent results – but with the game set to 3,200 x 1,800, those figures dropped to 17fps and 22fps, neither of which are playable. High settings weren’t much better, either – the Aorus’ 34fps average was undermined by a 26fps minimum.

I only managed to get Battlefield 4 running smoothly at the laptop’s native resolution when I used Medium settings, where the Aorus managed 41fps and 48fps.

The data is clear: while the GTX 970M is excellent for 1080p playback, it can’t cope with 3,200 x 1,800 unless the graphics settings are dialled down – and playing at Low or Medium is surely the antithesis of having such a high-resolution panel.

The Core i7 CPU helped the X3 score 13,405 points in Geekbench 3, which is almost 1,000 points ahead of the MSI – and its Cinebench result of 669 is exactly 30 points quicker than the GS60. This means that no applications will struggle on this machine – and that no games will be bottlenecked. 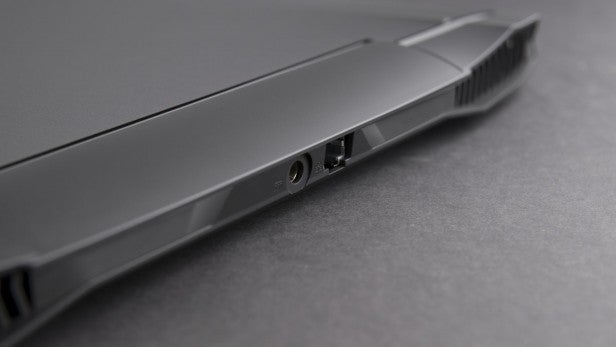 Storage tests saw the 512GB Samsung SM951 SSD return read and write speeds of 1,303MB/sec and 1,024MB/sec. They’re both excellent scores, but still behind the MSI’s results – that laptop used the same SSD model, but had a smaller capacity that delivered better speeds.

It’s all powerful stuff, but it’s arguably a bit too much for the cooling system.

The Aorus’ poorest thermal performance came when its processor was stress-tested. With the i7-6700HQ’s four cores at 100% load, the chip’s peak temperature rose to 98 degrees – only a couple of degrees short of where the CPU could become unstable. At that point the chip throttled to its stock speed of 2.6GHz, with no Turbo ability available.

The graphics core proved more capable, with a top temperature of 74 degrees. This isn’t dangerous, and none of the heat generated by the Aorus made its way to the surface – hot air was successfully vented from the rear.

The real issue was noise. Stress-testing the CPU and GPU saw the fans rise from near-silence to a moderate noise level, and gaming saw the fans ramp up to a louder level that proved incredibly irritating. Headphones will drown out the racket, but the speakers don’t have enough oomph.

It isn’t only the more demanding games that caused the Aorus to make such a fuss. BioShock Infinite is the easiest test game, and even that caused the X3’s fans to spin up within seconds. The X3 can counter this with an app to tone down fan speeds, but that compromises performance.

That said, the X3’s thermal performance is no worse than its rivals, even though those machines are larger – and, in theory, should therefore be better at coping.

Should I Buy the Gigabyte Aorus X3 Plus v5?

Gigabyte says the Aorus X3 Plus v5 is “the world’s most powerful 13.9in laptop”, but that claim comes with numerous caveats.

The GTX 970M is a good GPU that just can’t cope with the screen’s ridiculous native resolution, and the rest of the components are good – but no different from rivals.

The shrunk-down chassis has its own issues, too. It isn’t much slimmer or lighter than 15.6in rivals, and battery life isn’t any better than those larger machines – so there’s no real advantage to having a machine that’s just a tad smaller. Build quality is iffy, and its keyboard and trackpad both disappoint.

And then there’s the £1,900 price. For that money you could buy a larger machine with far more power, or you could save hundreds and buy a 15.6in system with a similar specification. There’s a wealth of choice in the gaming laptop market right now, the X3 Plus v5 wouldn’t make my shortlist.

The Gigabyte X3 has a solid specification, but this smaller gaming notebook is hindered in several important areas. The GPU can’t keep up with the high-resolution screen, and the rest of the components don’t justify the high price. It’s ergonomically iffy, and it’s barely any slimmer or lighter than its 15.6in rivals. I’d take this system’s hefty price and spend that money elsewhere.