Gigabyte didn’t hold back when it specced up this small, light laptop. Nvidia’s GeForce GTX 870M would be decent in a larger laptop, given its grunt, and it’s even more impressive here. Only one other Nvidia mobile GPU is more powerful, and it’s better than anything its small rivals can muster: a step up from the Schenker’s GTX 860M, and a whole generation newer than what’s currently sold in the Alienware 14.

The GTX 870M handled all of our gaming benchmarks at 1080p. In Bioshock Infinite at Ultra settings with Depth of Field added the X3 averaged 52fps, which is the same score as the Schenker without the demanding Depth of Field filter. In Battlefield 4 and Crysis 3 at their highest settings the X3 averaged 33fps and 35fps; something the Schenker couldn’t manage until we dropped the quality.

The situation wasn’t as smooth when we ran games at the X3’s 3,200 x 1,800 native resolution. In Bioshock, Battlefield and Crysis the X3 averaged 23fps, 14fps and 14fps. You’ll have to tone down quality to get games running smoothly, which negates the impact of those extra pixels. 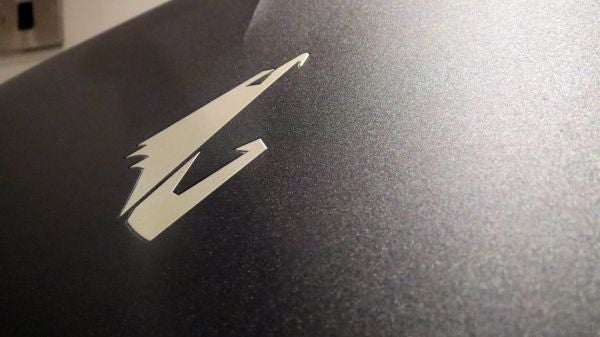 Fire Strike is 3D Mark’s toughest benchmark, and the X3’s 4,236 score outpaced the 3,636 scored by the Schenker and the 2,565 of the Alienware. The P304 was better in Unigine’s basic tests, but the X3 regained the lead in the Extreme benchmarks.

The storage performance is excellent, too. The 512GB boot drive is formed by a pair of 256GB SSDs in RAID 0. They’re M.2 drives, which means they’re not hamstrung by the restrictions of the standard SATA connection, and that’s a good thing – the array’s sequential read and write speeds of 907MB/s and 792MB/s are far beyond the limits of that interface.

They’re also far better than the competition, which relies on slower, traditional SSDs. The real-world result is a laptop that feels as responsive as anything else on the market, and with a 13s boot time. 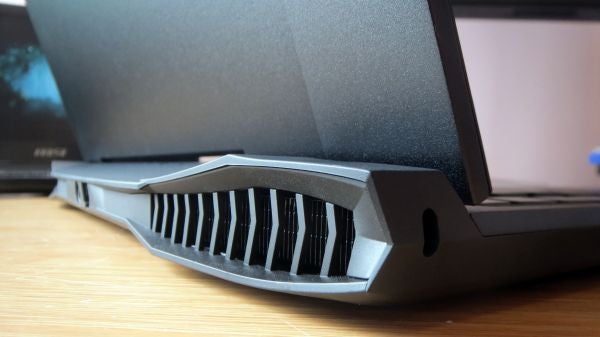 This is where the X3 struggles. The components inside this machine are better than those in most other laptops, and the X3’s chassis is smaller than almost everything else, too. Even when idling, the processor and graphics card both exceeded 52°C.

Stress-testing saw the processor and graphics card rocket to 98°C and 82°C. The former figure is a little higher than the Schenker, and the latter is equal. The graphics card temperature isn’t a cause for concern, but the processor’s heat output is too high – only a couple of degrees short of the point where the chip will throttle its speed.

Elsewhere, the X3 and the P304 were similar. Both machines pumped out plenty of noise when running games, which means you’ll want a headset. On the positive side, the X3’s underside became warm, but not too hot to use – much of this machine’s hot air was ejected from the vents behind the screen. 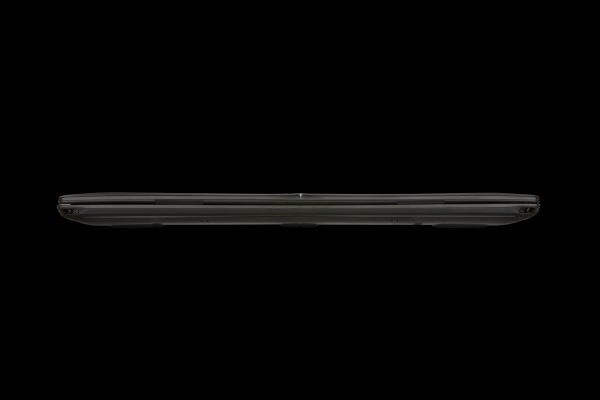 Gigabyte has crammed a hefty 73.26Wh battery inside the X3, and it lasted for an impressive five hours and 32 minutes in our standard test – 90 minutes longer than the Schenker, and two hours beyond the Alienware’s longevity. That result is better than many larger gaming laptops, too.

Turning the screen to 100% and running a games benchmark brought that result down to three hours and 27 minutes, but that’s still a good score – in the same test, the P304 barely lasted two hours.

We plugged the X3 in for thirty minutes, and the battery regained 27% of its charge. That’s not a huge amount, but here it means an hour and a half of gameplay – not bad from an emergency morning charge.

Used as our main laptop for the review period
Tested for at least a week
Used consistent benchmarks for fair comparisons with other laptops
Reviewed using respected industry benchmarks and real world use
Previous
Gigabyte Aorus X3 Plus Review Next
Keyboard, Trackpad, Options and Verdict Review