The X3’s keyboard includes something that most full-size gaming notebooks don’t offer – macro keys. Five sit in a column on the left-hand side of the keyboard, and switching between profiles gives access to 25 possible macros.

The rest of the Scrabble-tile unit’s layout is fine, and it’s got a sturdy base. When it comes to typing and gaming, though, it’s mixed. The keys are light enough to tap down with speed, but they feel flimsy and wobbly, and without much travel. It’s not a huge issue when working or writing emails, but it doesn’t inspire confidence during games.

The trackpad is the only glossy surface on this machine. The finish on the main pad’s surface helped our fingers slip around at speed, but the two built-in buttons don’t have enough feedback – there’s too little indication that they’ve been pressed. As ever, a USB mouse is a better bet. 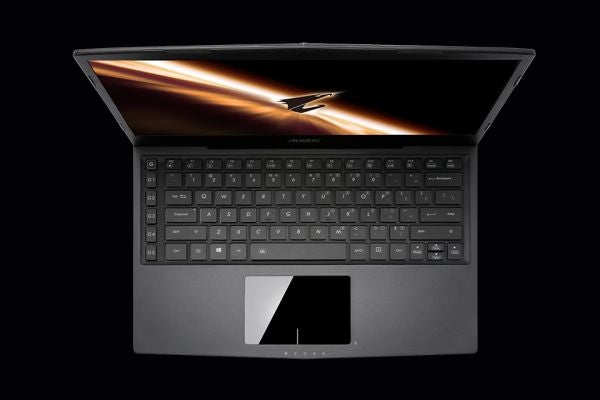 The specifications on Gigabyte’s website tout two different X3 models, but neither matches what’s available in the UK marketplace. The sample we’ve reviewed is the more expensive of the two machines – hence its “Plus” suffix – but the standard X3 isn’t much cheaper, at £1,563.

For that money you still get the GTX 870M graphics card, the high-resolution screen and the dual-SSD RAID array. The only change is the processor, which drops to a Core i7-4710HQ. It’s still a powerful part thanks to a 2.5GHz clock speed, and its top Turbo speed of 3.5GHz is only 100MHz behind the chip in our sample. For most users this is a compromise we’d suggest opting for. 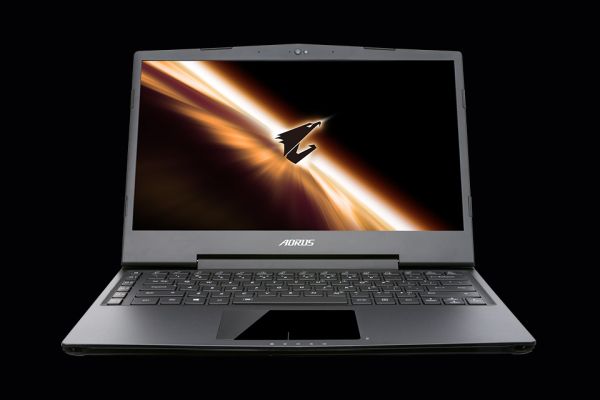 Should I Buy the Gigabyte Aorus X3 Plus?

Small gaming laptops have been improving, and Gigabyte has made a step forward with the X3: it’s slimmer and lighter than anything else we’ve seen while including power levels that’ll match many larger notebooks.

It doesn’t just impress with its benchmark scores. Its battery life is reasonable, and the screen has impressive quality – even if we’re not keen on its high resolution, which doesn’t work well when gaming or working. The keyboard is middling, but it’s no worse than many other laptops.

Gigabyte has pushed this machine’s 23mm chassis to the limit. It’s hot and loud, and build quality feels inconsistent. It’s expensive, too – heavier, uglier machines like the Schenker provide gaming on the move for less than £1,000.

The X3 is a luxury option then, but it justifies its cost with great benchmark performance, decent longevity and a stylish, light exterior. If you’ve got the cash, this is the market’s most impressive small gaming laptop.

This machine has iffy build quality, high heat output and a nonsensically high screen resolution, but it makes up for those issues with great component performance and an impressive panel that makes games look great inside a chassis that’s thinner, lighter and better-looking than anything else in this category. It’s expensive, but few other small gaming notebooks are as good as this.

Why not check out the rest of our laptop reviews, or hook up your new laptop with a brand new router?