The Gigabyte Aero 15 OLED (2021) has a sensational screen, a great Intel processor and impressive Nvidia graphics so it will handle creative work easily. That said, the keyboard and battery disappoint, it’s loud and ugly, and other CPU options are available.

The Gigabyte Aero 15 OLED is one of the most powerful laptops around when it comes to creative tasks, and that’s no wonder when you look on the inside – it has an Intel Core i7 processor and one of Nvidia’s best GPUs.

The processor is a newer and more powerful 11th Gen chip, too, and elsewhere the Gigabyte locks and loads a 4K OLED display, plenty of memory, and a lightning-fast SSD.

Not surprisingly, this hardware doesn’t come cheap. The Gigabyte I’ve reviewed here costs £2499 / $1999 / €2424, so you’ll need a flush bank account if you like the look of this laptop and think it could be one of the best laptops you can buy today.

This isn’t the only high-end creative laptop in town. The Apple MacBook Pro 16 is a perennial favourite, and the Dell XPS 15 is popular, too. They’re both in the same ballpark as the Aero in terms of price.

The Aero has high-end internals, but you wouldn’t know that from the outside. The black metal looks bland, and the exposed seams and indented ridges that run around the laptop are underwhelming. When compared to the metal and carbon fibre on the Apple and Dell machines, the Aero looks dated.

The dimensions are nothing to shout about, either. The 2kg weight means that the Aero is a little weightier than the Dell XPS, and its 20mm body makes it thicker than both rivals. Build quality is great, at least, with hardly any movement in the panels.

The Aero continues to impress in other practical areas. It has a USB-C port that handles Thunderbolt 4, HDMI, and mini-DisplayPort outputs, plus SD and fingerprint readers. On the inside, there’s dual-band Wi-Fi 6, Bluetooth, and lightning-fast 2.5Gbps Ethernet. It’s easy to remove the base and access both memory slots, the SSD, and a spare M.2 connector. A TPM chip enhances security.

There are only minor practical weaknesses. While three full-size USB 3.2 Gen 1 ports are welcome, they could have been faster – they top out at 5Gbps. And while the webcam does have a physical shutter, it doesn’t have Windows Hello login, and it’s unhelpfully installed below the display. Don’t expect much from the speakers, either – they’re tinny and lack bass.

Still, this feature set compares well to rivals. The MacBook has Thunderbolt 3 and is poorer in every other regard too, while the Dell has an SD card reader and Windows Hello but little else.

The Gigabyte’s keyboard layout is good with a numberpad, full-size cursor and return keys, and plenty of function-row functionality. The unit has per-key RGB LED lighting, customisable macros and n-key rollover, so gamers and productivity fiends will be well-sated.

My hands-on time reveals a disappointing action, though. The buttons are slightly small, they don’t have much travel, and they feel underwhelming, without a crisp typing action or much physical feedback. It’s adequate for heavy workloads, but both competitors are more satisfying.

The trackpad is similar. Thanks to its accurate surface and two snappy buttons, it’s fine for everyday use, but it’s too small to prove truly satisfying.

The 15.6in diagonal and 4K resolution mean the Gigabyte’s display has a sensational density level of 282ppi, which is brilliant for working – there’s on-screen space and incredible crispness.

The AMOLED technology means perfect contrast, with black levels that have more depth than any IPS display. The picture-perfect dark areas are paired with a peak brightness of 399 nits, and that means the Aero’s display serves up incredible vibrancy and punch alongside those black levels.

When testing with a colorimeter, Aero’s display rendered 100% of the sRGB gamut at a mighty 164% volume, and it tackled the Adobe RGB gamut with figures of 95.1% and 113.1%. Results in the HDR-friendly DCI-P3 gamut were similar, too.

In real-world terms this means the Aero churns out fantastic colours, including every shade needed by sRGB workloads and almost every colour demanded by Adobe RGB. The volume figures mean they’re very bright, too, and the perfect colour temperature of 6508K and the great Delta E of 1.84 round off an impressive set of benchmarks.

The colour coverage, brightness and contrast mean that everything looks dazzling. The Aero has the accuracy and ability to handle colour-sensitive tasks in the sRGB and Adobe RGB colour spaces. It’s an excellent screen for creative workloads, and can handle HDR tasks, too. It’s even good for mainstream gaming, although eSports fans will want to look elsewhere due to the 60Hz refresh rate.

Indeed, this display is better than the display on the MacBook, which has a lesser resolution and poorer gamut ability. The Dell offers similar quality, since it’s also available with an OLED panel with similar brightness and gamut ability as the Gigabyte.

The Aero’s key component is the Intel Core i7-11800H. It’s a newer 11th Gen processor, and it has eight multi-threaded cores alongside speeds of 2.3GHz and 4.6GHz. Last year’s Aero used the i7-10870H, which had the same number of cores and marginally better speeds, but an older architecture.

This new chip is also used inside the latest XPS 15, and it’s miles beyond the older Intel chip used in the current-gen MacBook.

Elsewhere, the Aero includes 32GB of memory and a 1TB SSD that delivered sensational read and write speeds of 7040MB/s and 5132MB/s.

The i7-11800H is an excellent chip that marks a return to form for Intel. Its Geekbench results (seen below) are impressive when lined up against other popular productivity CPUs. The familiar AMD Ryzen 7 5800H scores around 7000 points in Geekbench’s multi-core test, and the AMD Ryzen 9 5900HX hits around 8600 points – so Intel has them both beaten.

Intel’s eight-core CPU can handle photo-editing and video work, even at 4K, and it has the grunt to tackle design applications and tough multi-tasking – the Aero will handle as many apps and browser tabs as you can throw at it.

This 11th Gen Intel CPU brings the blue team back to the table with a CPU that’s genuinely competitive in productivity scenarios – but it isn’t always a clear-cut victory for Intel. The Ryzen 7 5800H and Ryzen 9 5900HX are both faster in the Cinebench R23 and R20 rendering benchmarks. Those chips aren’t used inside the Dell or Apple machines, but they’re easy to find elsewhere, and those CPUs remain better in several key areas.

Then there’s Apple’s M1 processor. That chip has only appeared in smaller MacBooks, but even in those machines it scores beyond 1700 and 7300 points in Geekbench. You can bet there will be an even faster Apple chip inside the MacBook Pro 2021, which is rumoured to launch later in 2021.

The Nvidia RTX 3070 GPU is a solid option for graphical tasks. At 1080p it played games at speeds faster than 60fps, and at 4K it ran at speeds of 30fps or beyond. You’ll be able to handle triple-A titles and eSports games at rapid speeds here, even if the 60Hz display can’t keep up.

Not surprisingly, the RTX 3070 will tackle any graphical work task, and the Aero uses Nvidia Studio drivers that provide optimisations in creative apps. This GPU is also significantly better than the graphics options available in the Dell and Apple machines, as show with its remarkable 3DMark score.

The Aero’s biggest performance issue is caused by its fans. They’re louder than both rivals during multi-core workloads and when gaming, and they’re a distraction. They keep temperatures down throughout, but this is not the machine to buy if you want a subdued experience.

This is another area where the Gigabyte can’t keep up. In a work benchmark with the display running at 150 nits the Aero lasted for 5hrs 23mins, which is four hours short of the Apple and Dell machines.

The Aero’s lifespan extended to just shy of seven hours when looping video, but it only lasted an hour when gaming.

Ultimately, you won’t quite coax the Aero through an entire working day, even if it isn’t far off. It’s not an awful result for a powerful laptop here, but its rivals are significantly better. 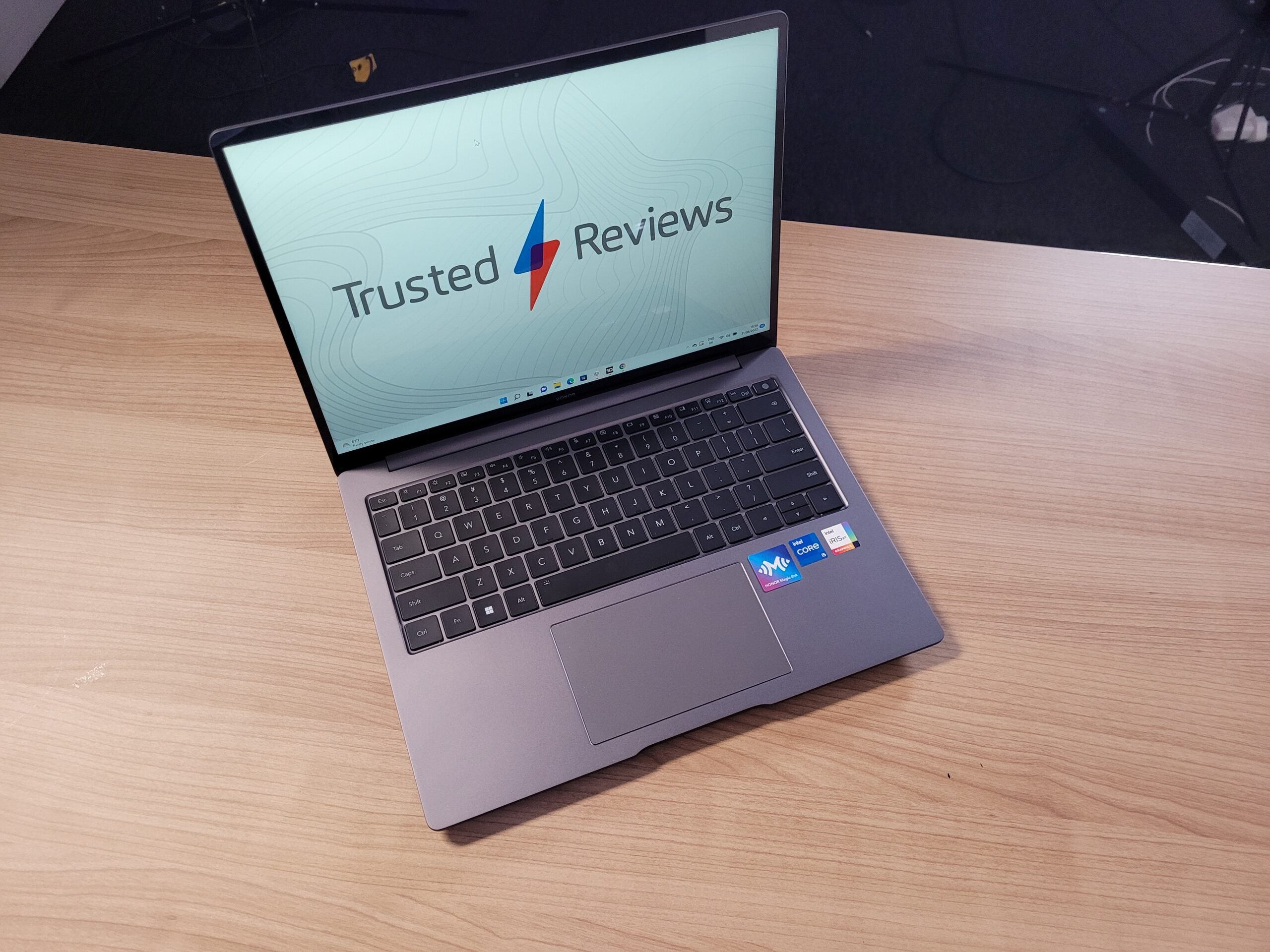 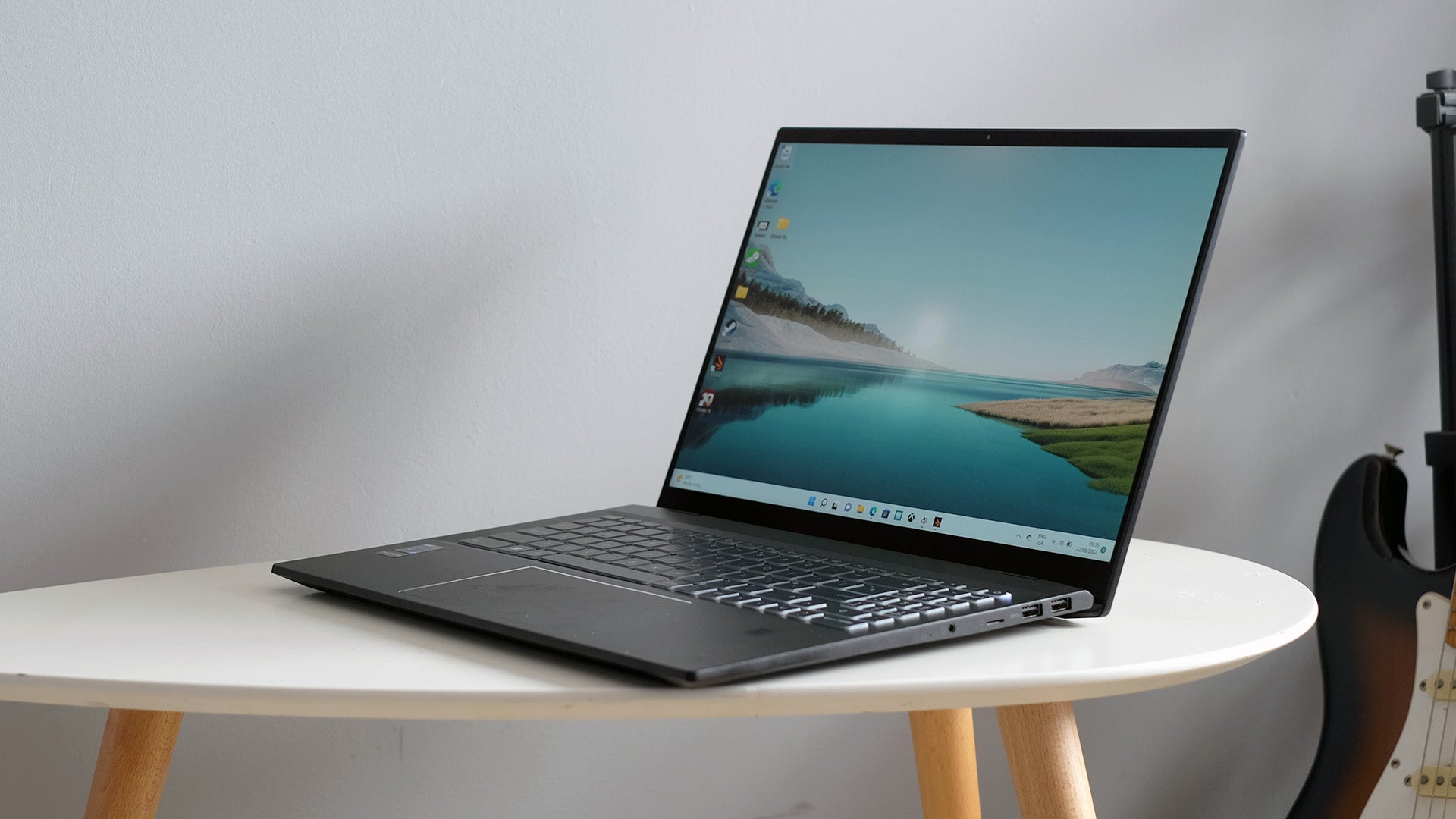 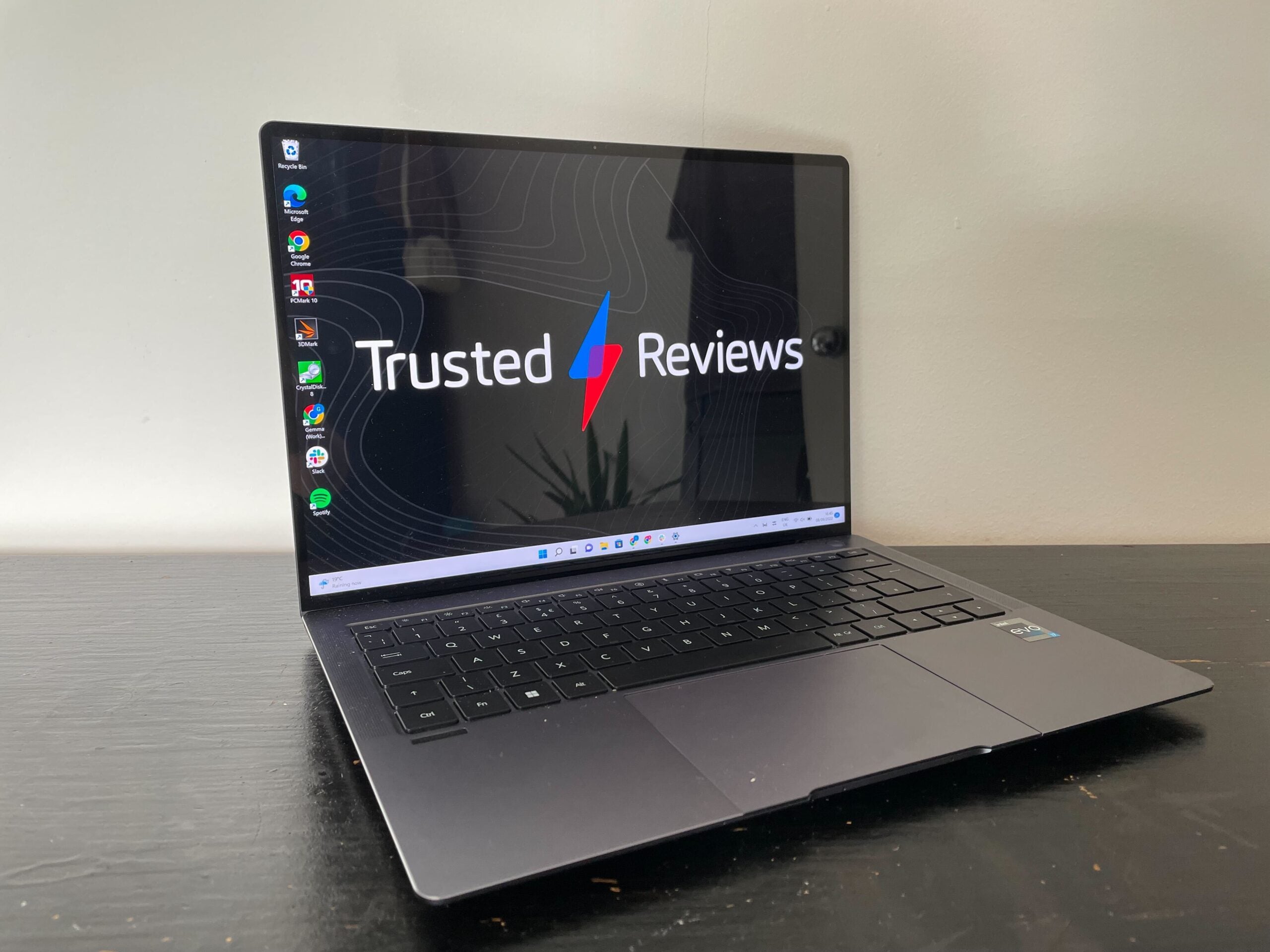 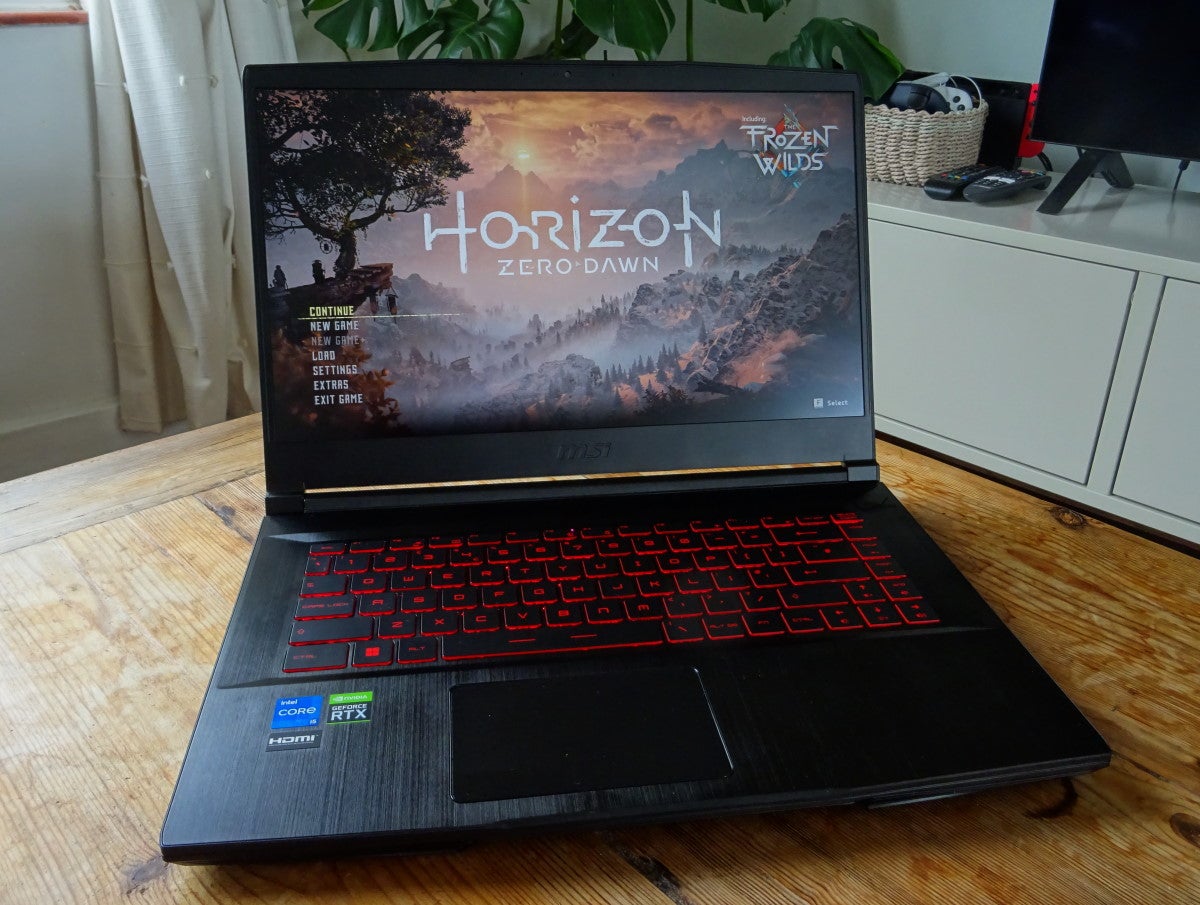 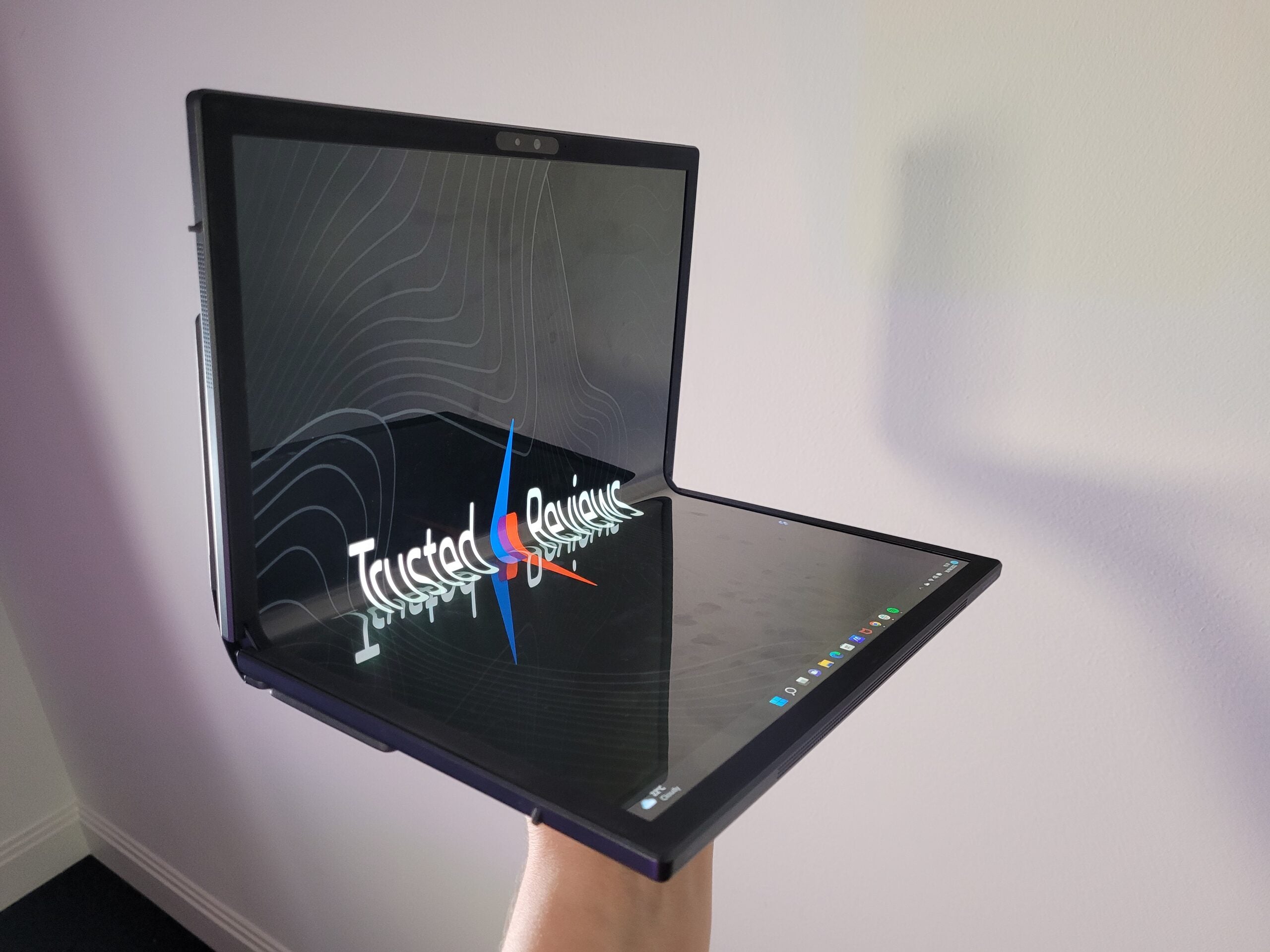 You need a powerful, versatile laptop with the best display possible:
With Intel’s latest mobile processor and Nvidia’s RTX 3070, the AERO offers a fantastic performance. The OLED panel is incredibly good too.

You’re searching for a slim, light laptop with a great battery:
The main issues with this laptop is that it’s pretty heavy and has a very poor battery life, making it a poor option for those who work on the go.

The Gigabyte Aero 15 OLED excels in creative tasks thanks to its market-leading display, its impressive internals, and its broad range of features. But it isn’t the best option if you want good battery life, good looks, or a good keyboard, and there are other CPU options available now and coming soon.

The Gigabyte is sold with a standard one-year warranty.

What if I want a bigger screen?

Gigabyte is also producing this machine’s specification inside a 17.3in laptop. Just search for the Gigabyte Aero 17 OLED instead.

Is this laptop good for gaming?