Headphones have become fashionable and, in the process, design has become increasingly important. But that’s not how GermanMAESTRO rolls. The GermanMAESTRO GMP 8.35 D are the very antithesis of the fashion headphone. As ugly as sin and built to withstand a light stampede, they won’t make anyone but the truly headphone-obsessed look on with jealousy. However, they sound rather special, and make excellent home studio headphones if you don’t mind missing out on owning a set from a known name like Beyerdynamic or Shure.

GermanMAESTRO’s big claim for the GMP 8.35 D is that you can tread on them without causing any damage – they will you to punish them. These claims aren’t baseless either. All vulnerable areas are covered with hardwearing material. 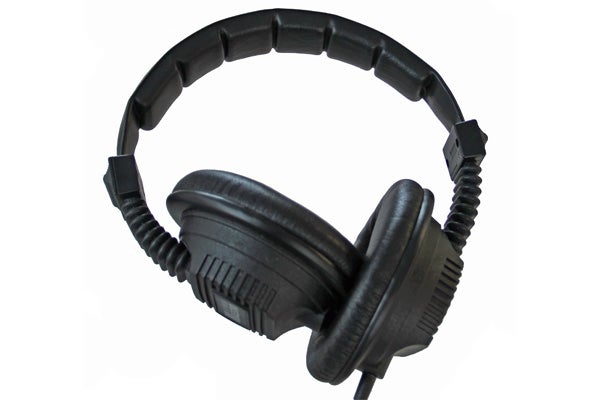 The backs of the earcups are closed and finished with polyethylene plastic, which is slightly flexible and therefore not prone to cracking under pressure like harder plastics.  The area between the headband and cup is hidden by a concertina of tough rubber, and the headband itself is covered throughout with fake leather. GermanMAETRO has made sure that there are no loose ends at any of the seams between the steampunk-like segments to work their way free after rough treatment. 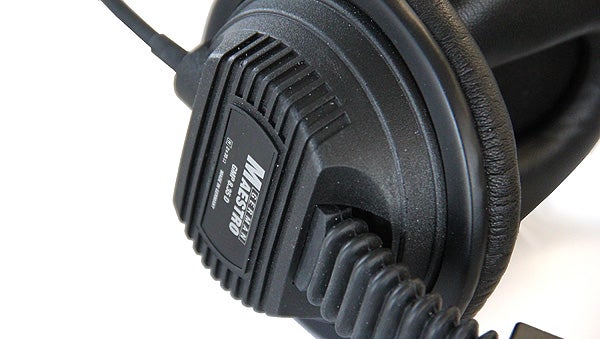 This kind of toughness is a little different to that of self-consciously modular broadcaster and studio favourites like the Beyerdynamic DT 100. The cable is non-removable, and the main UK distributor HiFi Headphones doesn’t supply replacement pads – as yet.

Next to more mainstream headphones, and better-known studio headphones like the Shure SRH940, the faux leather pads aren’t particularly soft, with a slightly coarse grain that’s pretty obviously fake. However, the GMP 8.35 D headphones are remarkably comfortable, given you might assume they’d feel like wearing a tank on your head. 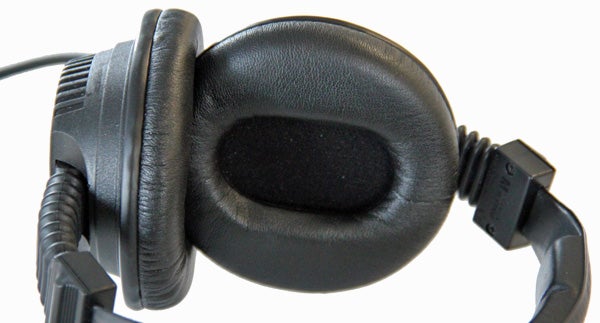 The pads are generously padded and spread the reasonably mid-to-firm grip exerted by the headband across a pretty wide area. Long listening are no problem – although if you have sticky-out ears, they may get irritated if you wear them on-the-go as there’s not a great open expanse within each cup. Hence, your ears rub against the inside padding a little.

However, the closed-back design, leather-style pads and secure fit give the GermanMAESTRO GMP 8.35 D good sound isolation. Swallowing our pride, we took the ugly duckling headphones out and about to see how they fared with the noise of public transport – they pass with ease. If you don’t mind the look, they a make decent out-and-about set – although the thick and heavy coiled corkscrew cable isn’t the most convenient, designed for studio dwellers and DJ types rather than commuters. 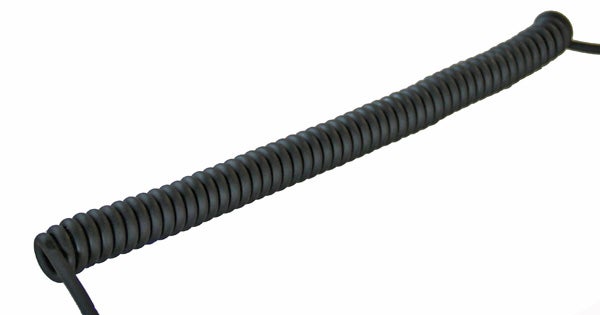 But do they really look that bad? Their look is stereotypically Germanic, full of utilitarian, strength-boosting ridges and corrugation. But they’re actually a lot more practical – as a portable pair – than many studio headphones.

They don’t stick out a ridiculous extent from your head, for one, which is the greatest silly-look-making factor of over-ears headphones. Still, other studio headphones manage to marry practicality with a neat look, such as the Beyerdynamic DT 770. And both that Beyerdynamic pair and the comparable Shure SRH940 feel a little bit more… premium.

By now you’ve probably guessed that the GermanMAESTRO GMP 8.35 D headphones sound pretty good, given the score. We don’t love the look and only grudgingly accept that their design makes them pretty versatile, but the real surprise comes when you start listening to them.

These headphones are extremely well-balanced, to the extent that it’s tricky to point out exactly what they are best at – the highs, the lows, or the in-betweens. The careful tuning that’s clearly gone into these headphones makes them excellent monitors, at least on-par with comparable sets like the Beyedynamic DT 770 and Shure SRH940. 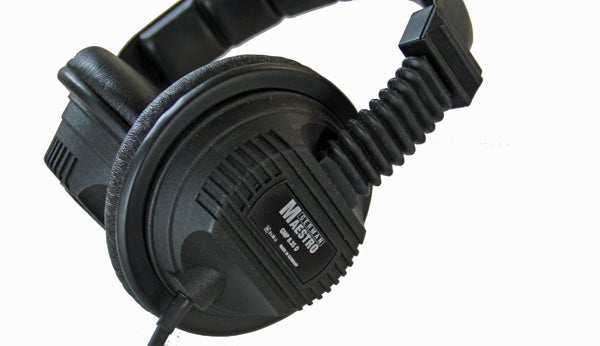 In accordance with this serious approach to sound, the GMP 8.35 D don’t have comically pounding bass. But the low-end is excellent, boasting great integrity and the sense of well-defined body without ever, ever stepping out of line and splurging out of its area. The bass doesn’t have tremendous volume as such, but it does have great impact, which is what “good” bass is all about.

This sense of superior definition, of there being a carefully-controlled notion of the shape of sound, continues across the frequency spectrum, resulting in an excellent impression of clarity. And that’s without resorting to a very bright sound signature that can result in sibilance. We noticed none in the upper register here, although some rockier tunes lead to a very slight harshness in the upper-mids. This isn’t common, though. 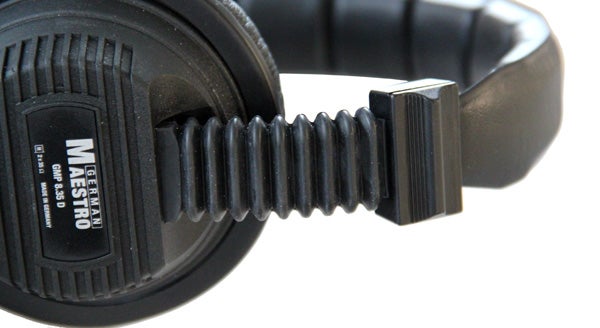 The Rammstein of the headphone world: German, pretty hardcore, and an acquired taste

Fine balancing gives the GMP 8.35 D an unusually good sense of separation for a headphone that’s close-backed. The sound stage isn’t hugely wide here – less so than the Shure SRH840, and pretty much all open-back headphones – but their beyond-competent imaging and detail resolution nevertheless lends the sound expensiveness.

Without the V-shaped curve of many detailed-sounding headphones, where mid-range is cut down in favour of bass and treble, the presentation is fairly forward. This helps with vocals in general, and mid-heavy guitar music in particular.

We listened to the lower impedance 35Ohm version of these headphones, which don’t need a headphone amp to produce good volume. However, pairing these headphones the Fiio E9 desktop amp did result in a slightly warmer, sweeter tone.

HiFi Headphones also sells a 300Ohm version, which is slightly cheaper and worth considering if you’ll be tied to a mixing desk or headphone amp the whole time. GermanMAESTRO supplies a screw-on 3.5mm to 6.3mm jack adapter to let you easily connect to MP3 players and more serious audio kit alike. The cable ends in a right-angle jack, and is, predictably, pretty chunky.

For the money, you can get nicer headphones than the GermanMAESTRO GMP 8.35 D headphones. Even within the less shallow field of studio headphones, prettier and slicker pairs are available. But will they give you better sound? In a word, no. You get great sound for your money here, and – aside from the looks and the heavy coiled cable – they are brilliant all-rounders.

They may look like they’ve escaped from the soviet bloc circa 1955, but there’s a lot to like about the GermanMAESTRO GMP 8.35 D headphones. You don’t need a headphone amp to get great results out of ’em, they’re comfortable and their sound is well-balanced and highly enjoyable. Sure to be remembered as one of this year’s pleasant surprises.