With water leaks proving expensive to fix and damaging, the Geo Waterlock system is an essential bit of kit. As with other water-leak detectors, the system uses remote flood sensors to identify leaks – only here the Waterlock can also automatically shut off your mains water to prevent further issues. As well as flood water, the system can notify when temperatures reach freezing and there's a danger of burst pipes, or high humidity indicating a leak, letting you shut down your water manually for all-round protection.

Water leaks can be incredibly expensive to fix, with the Association of British Insurers (ABI) stating that £1.8m is paid out every single day to customers as a result of water damage. The Geo Waterlock aims to reduce the damage caused by both letting you know when there’s a problem and automatically shutting off your mains water supply.

Following professional installation, Waterlock is largely a set-and-forget system, monitoring for problems and fixing them before they become a real danger.

The Geo Waterlock – It requires professional installation, but this can be completed within an hour

The Geo Waterlock system costs £349.95, which gets you everything you need to monitor an average home, including three water-leak sensors, the hub that connects the system to the internet, and the valve controller.

Requiring professional installation, which is included in the price, the valve controller connects just after the main shut-off valve and can control the flow of water to your property. The valve is controlled remotely, letting you shut off your water from the app – or, automatically, in the event of a water leak

You have to have copper or plastic pipes, and you need to order the right kit for your pipe size (15mm or 22mm). Geo has a helpful video that offers guidance on getting the right size.

Once you download the app and register the hub and water valve, you get app-controlled water to your home, letting you turn the water on and off at the tap of a button. Water control takes around a minute to shut off the valve completely, then the same to turn it back on.

In my house the shut-off valve is located under the floorboards, so the Geo Waterlock makes it quicker and easier to turn off the water; it proved handy when a plumber needed to fix a toilet. 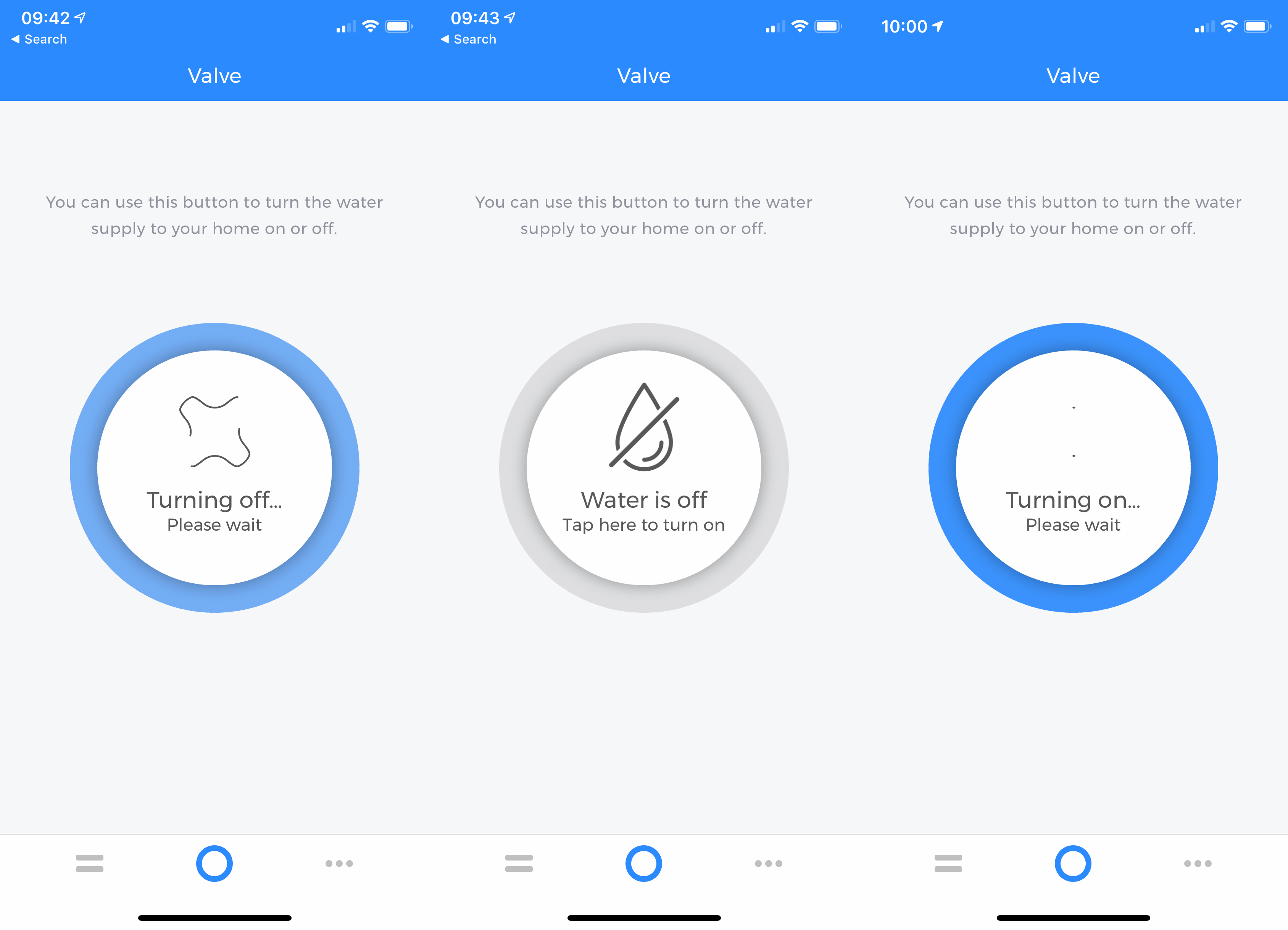 You can turn your water off manually whenever you want

Coming soon is Amazon Alexa and Google Assistant support, which will make things even easier.

You can also press the button on the front of the controller for manual control. The valve controller is powered by two AA batteries, which should last for around two years before needing to be replaced.

In the event that the controller breaks or the batteries are flat, you can bypass the valve using the kit provided: make sure that you keep this somewhere safe.

The Geo Waterlock system cones with three wireless water sensors. Each is powered by two AA batteries, which should last two years, and needs to be paired with the system following the simple in-app instructions. 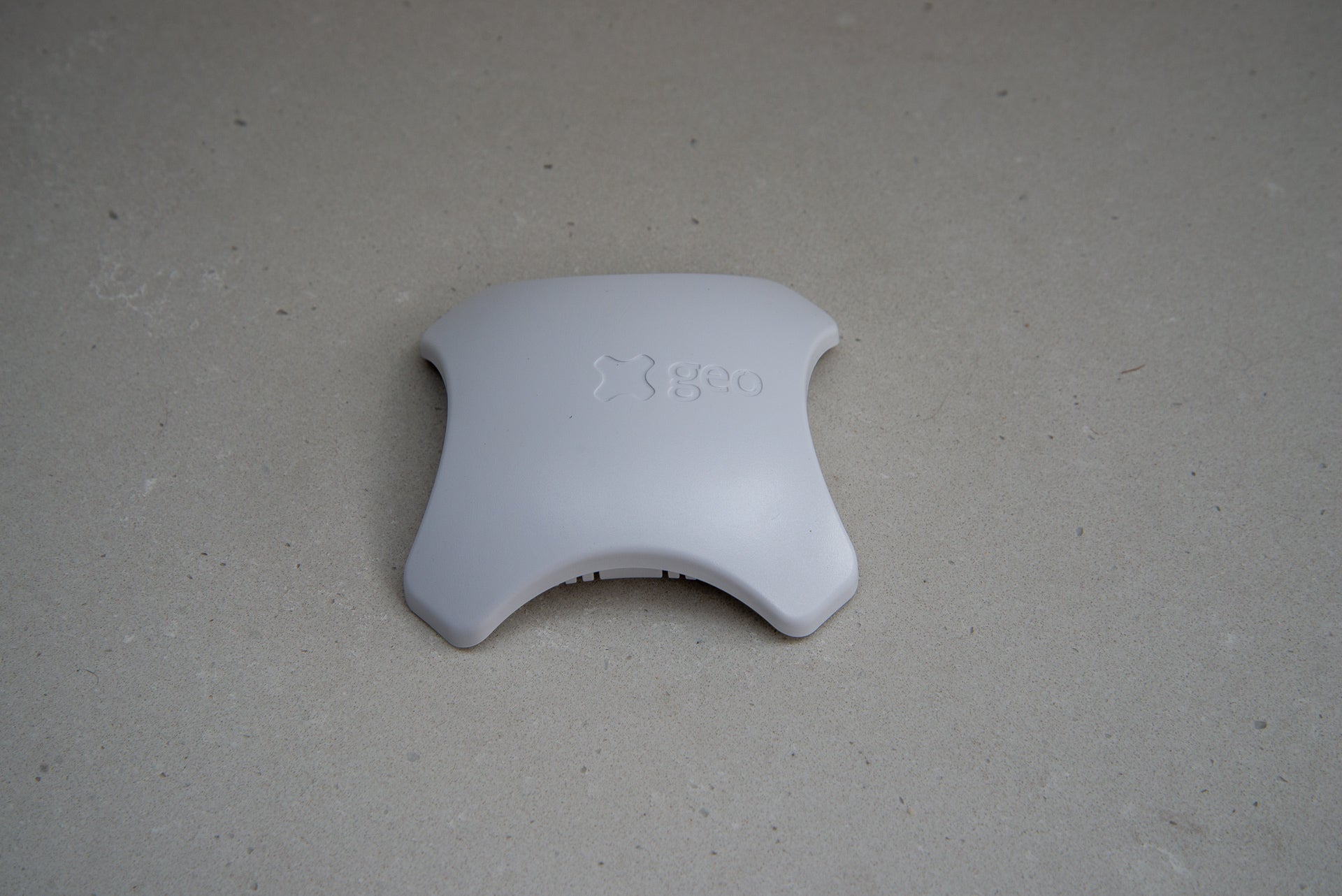 Wireless sensors should be placed level on the floor and detect standing water, as well as measuring temperature and humidity

Once added to the system you can rename each sensor, so that it makes more sense in the context of your home. For example, I’ve one called “dishwasher”.

The sensors then need to be placed around your home in areas that are most likely to suffer from leaks. I placed one under the dishwasher; one by the washing machine; and one underneath the boiler. Additional sensors can be bought for £24.95 each, if you have other areas to cover. 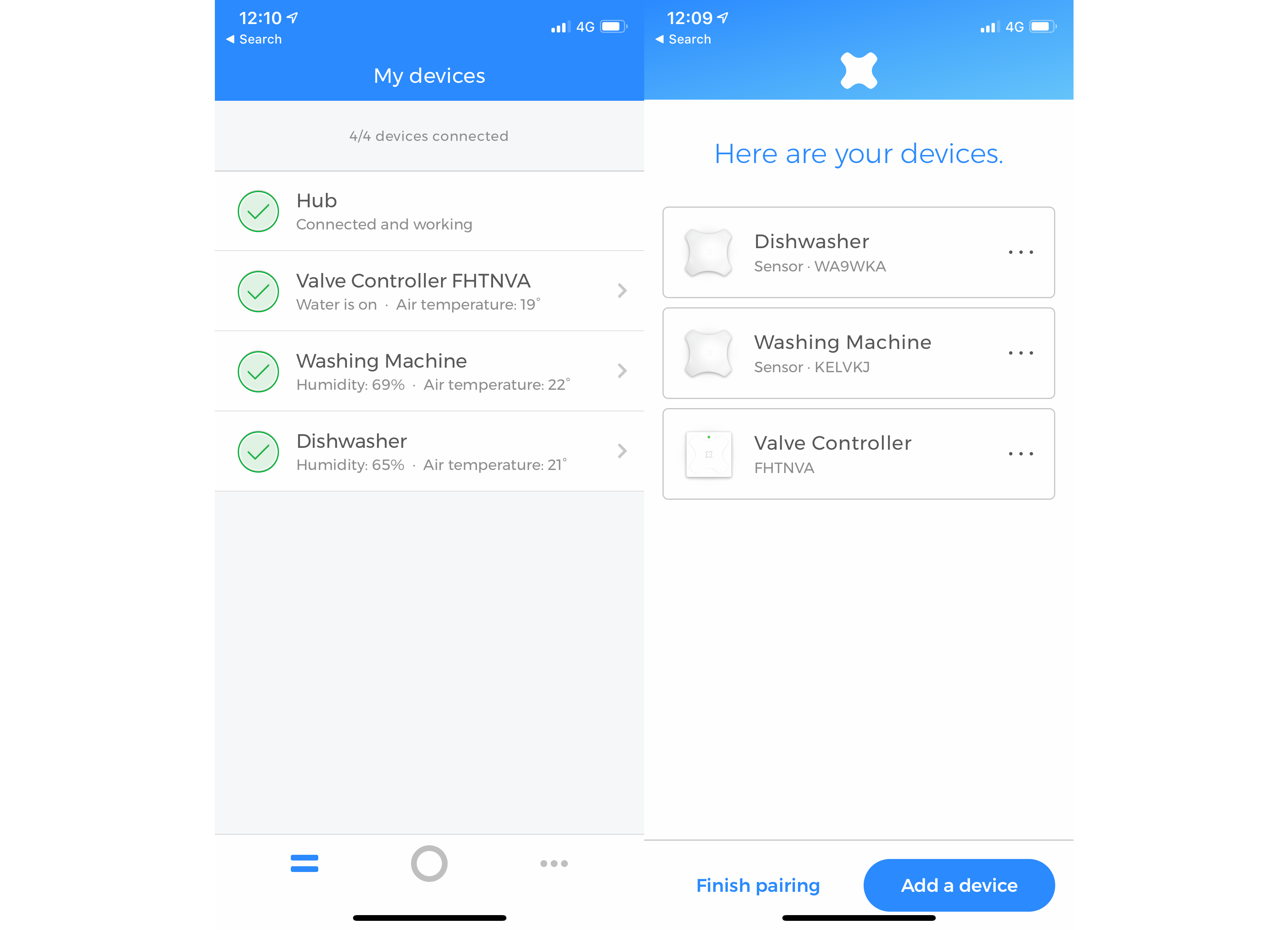 You can rename your sensors so that they make more sense

Each sensor can detect three things. For humidity levels and freezing conditions, you receive a notification via the app so that you can investigate the problem or shut down your water supply manually. For standing water, the system sends you a notification and automatically shuts down the water.

You can select which notifications you want in the app – but, sensibly, you can’t override the option to shut off your water valve.

Once a problem is detected, the valve takes a minute or so to shut off, dramatically reducing how much water could leak. Once the valve is off, you need to fix the issue before you can turn the water back on, preventing damage from a remote user just overriding the setting and turning the main water valve on. 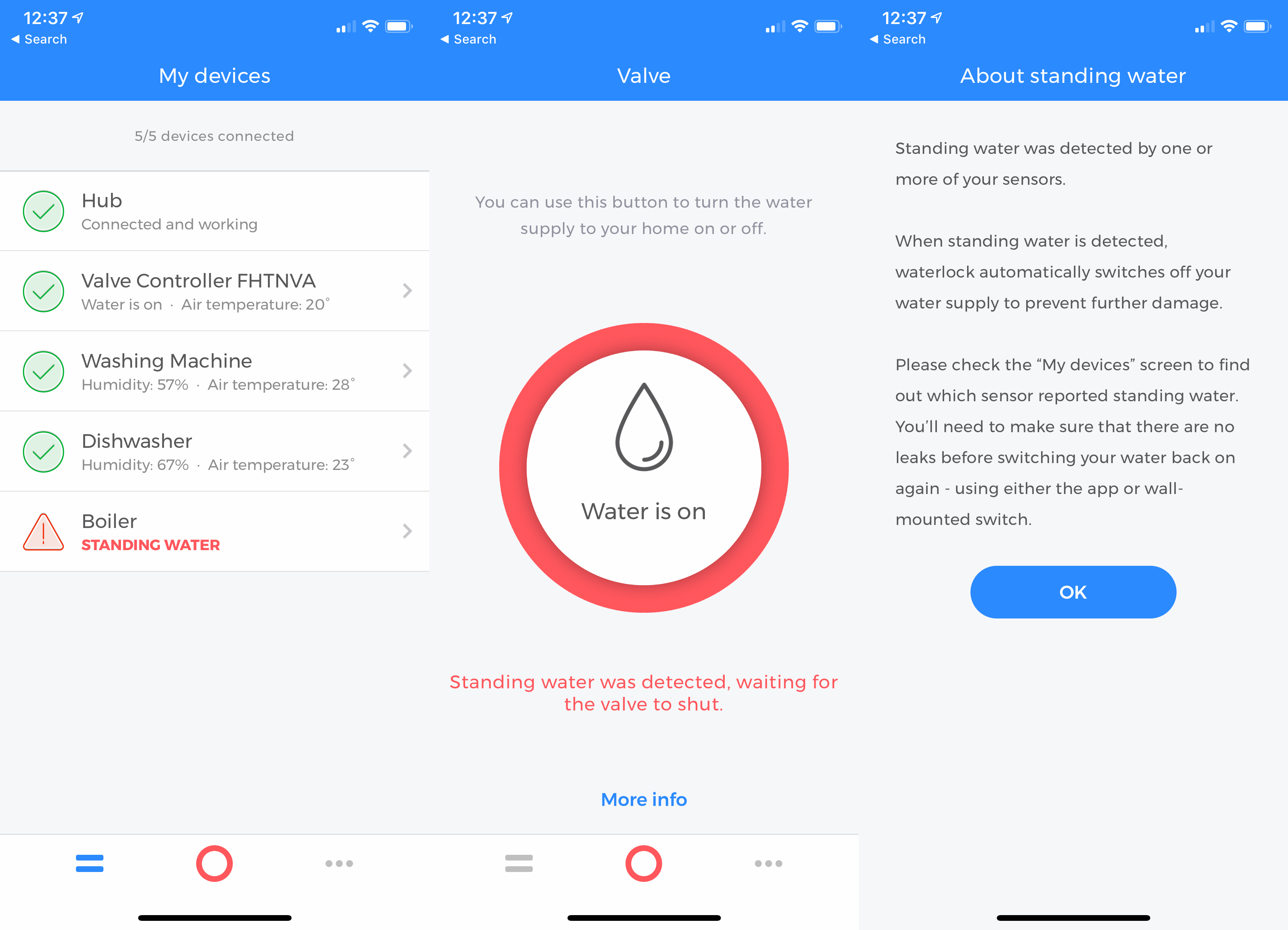 I found that there were a few communication errors with the app. After I tested the system by putting a sensor in a sink of water, the app told me that the valve was offline. However, restarting the app showed that this wasn’t the case and that the valve was both online and had turned the water off. This is a problem that Geo knows about and a firmware update will fix the issue. Fortunately, app errors don’t get in the way of the system working properly, so they’re more of a minor annoyance at the moment.

Note that the Waterlock system is completely automated, which is exactly what you’d want in such a product.

Should I buy the Geo Waterlock?

The Geo Waterlock is worth every penny. Its app is a touch basic, but it does one simple job brilliantly: it detects problems and, in the event of standing water, shuts down off the main water valve to limit damage.

Compared to the competition, such as the Honeywell Lyric W1 detector or Samsung SmartThings Water Leak Sensor, the Waterlock is far better as it can take action; the other products warn you about an issue, but can’t do anything about it. Notifications are fine if you’re in your home, but the Waterlock’s action will defend your home even if you’re on the other side of the world on holiday.

Given the prevalence of water leaks in the UK, the Geo Waterlock should be thought of as an essential bit of kit.