A neat portable radio and Bluetooth speaker with plenty of retro appeal, if not the best sonics.

Every factory and its dog still seems to be churning out Bluetooth speakers – but Geneva hopes to stand out by introducing some retro flair, not just in its styling but in its features. The Touring S is a portable Bluetooth speaker that also includes DAB/FM radio in its vintage-themed casing.

It’s a gorgeous little thing, even if the sound quality doesn’t quite chime with the high asking price. 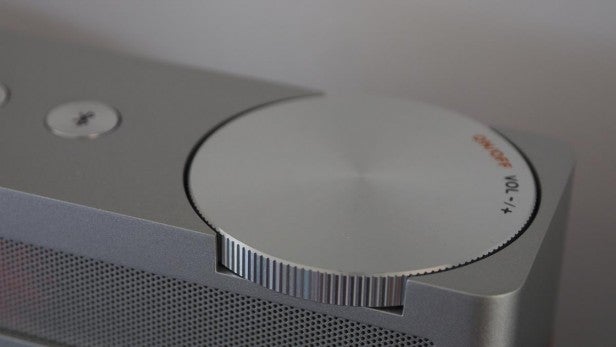 Geneva has done a lovely job with the styling of the Touring S. My immediate impression was that it was meant to be a homage to the Leica M3 and other classic rangefinder cameras of yesteryear. It certainly has more of that look about it than a vintage portable transistor radio.

The metal top plate has all the controls, with a large dial on the top that handles on/off as well as volume. This dial’s got a nice initial click once the Touring S is turned on, and then turns quite smoothly. It’s a nice thing. 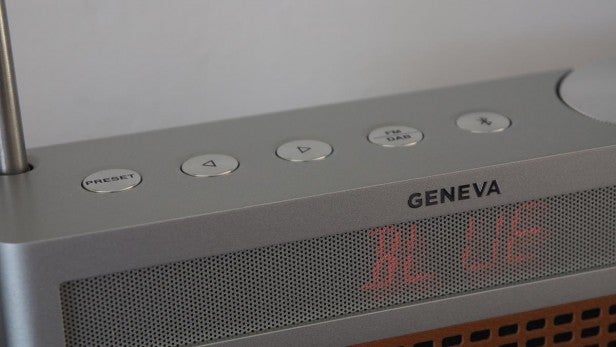 Five round metal buttons in a row are for: radio presets, back seek/skip, forward seek/skip, FM/DAB, and Bluetooth. What looks like a sixth button is actually a pull-out telescopic antenna for the radio. There’s just enough of a dish around the antenna head to get a fingernail under it, as long as you don’t chew your nails right down.

On the front is a pair of grilles. The upper grille is metal mesh and hides the deliciously retro red-LED display, which shines through the mesh when the Touring S is turned on. This display’s pretty simple, yet clear, showing the radio frequency or station name, Bluetooth pairing status, and the volume level as it’s changed.

The lower grille is obviously covering the speaker driver, and is available in a choice of black, tan or red faux-leather. I had the tan version for testing, although I’ve got a soft spot for the more vintage-camera-esque black. 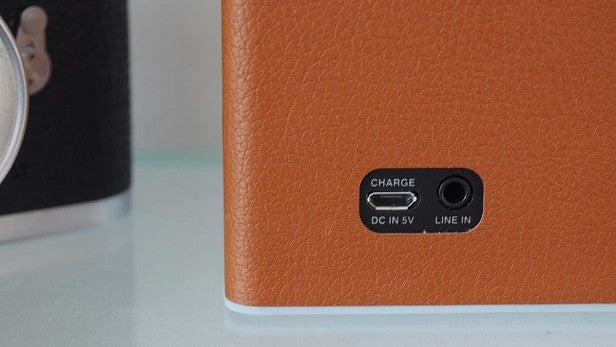 Around the back is a Micro USB charging port and a 3.5mm aux input. The rubber base has a pull-back flap that hides a removable rechargeable battery, promising around 20 hours of playback from one charge.

The Touring S sounds no better than you might expect for a Bluetooth speaker of this size – generally a bit thin and fizzy, lacking in almost any kind of bass, and moving on up to harsh at top volume. But it’s still detailed and musical enough in the treble and upper mid-range.

It’s comparable to the little UE Wonderboom, but nowhere near as full and pleasing as the Bose SoundLink Revolve.

Battery life did get pretty close to the promised 20 hours – although even if it hadn’t, the option to remove the battery and pop a spare in there is very welcome.

Radio reception with both DAB and FM was surprisingly good, even without the aerial fully extended. 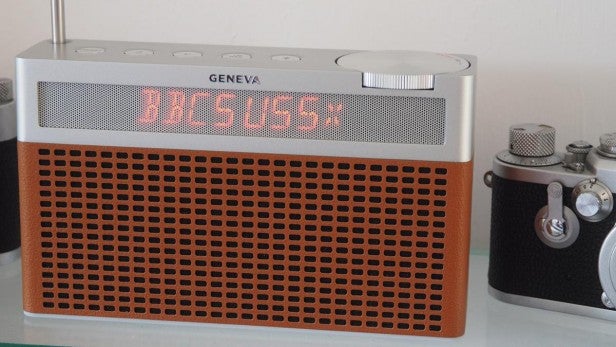 The Touring S is quite an interesting proposition, offering both Bluetooth and DAB/FM in a very classy portable package. There are surprisingly few alternatives that actually fit into a backpack with room to spare.

However, for the price (or even less) there are standalone Bluetooth speakers that sound much better. The Minirig is only £130, has superior sonics and is weatherproofed, while a step up to the £200 Bose SoundLink Revolve gets better sound quality still.

Want radio too? The Ruark Audio R1 Mk3 can be bought with a battery pack for around £260. Now you’re really talking. Only just backpackable, though.

But again, the Touring S still offers a very neat package – and an exceptionally nice-looking one at that.