What is the Geneva Model Cinema?

This upmarket soundbase from Swiss brand Geneva is here to rescue you from the god-awful sound quality of today’s skinny TVs without taking up acres of living room space.

At £550 it’s more expensive than your average soundbase, but Geneva looks to justify that with a premium design and superior sound quality – as well as throwing in all the usual goodies like Bluetooth and digital audio processing.

The Swiss have a knack for high-quality craftsmanship and that’s evident in the Model Cinema’s luxurious minimalist design, which is a cut above most soundbases. 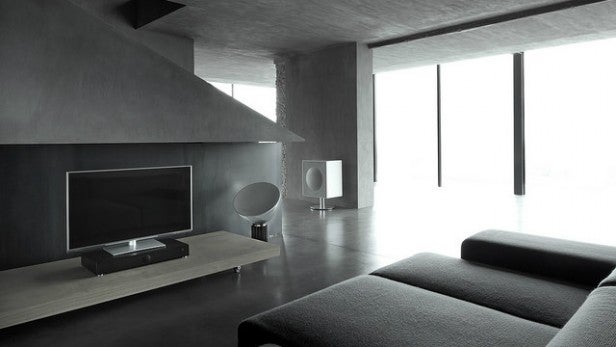 The robust MDF cabinet is finished in black or white matt paint (we tested the black version) while the rounded edges, touch sensitive top buttons and discreet Geneva logo add to the overall sense of elegance. It sits on four thick feet with rubber bases and supports TVs weighing up to 25kg. 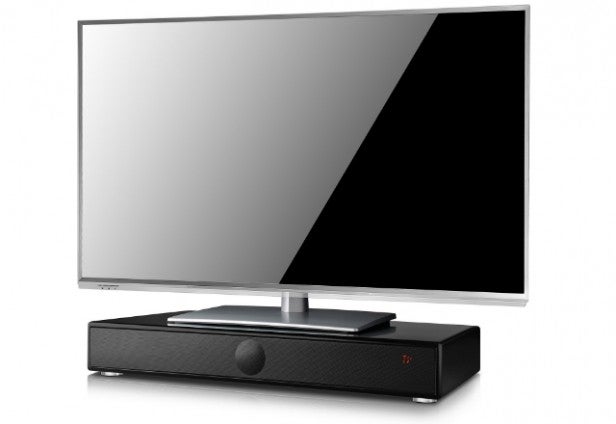 Black speaker mesh covers the front, with a raised dome in the middle that looks nice but serves no real purpose. On the right hand side is a large red LED display that spells out inputs and volume levels, which is much clearer than most other soundbases. It automatically adjusts its brightness to suit the lighting conditions, dimming when it gets dark.

So far so good, but the lack of HDMI sockets on the back is a let-down at this price. Instead you get optical, coaxial and analogue RCA inputs, plus a 3.5mm minijack. If you want to play music from your mobile then the built-in Bluetooth connection makes it nice and easy.

Inside the Model Cinema are three individual acoustic chambers containing five drivers – four 2in midrange/tweeters and a single 5.25in woofer. All five are individually driven by a Class D amplifier, which add up to a combined power output of 120W. The four midrange drivers are arranged in a way that ensures ‘very wide stereo reproduction’.

In terms of audio processing, Geneva’s ‘Embracing Sound HD’ further enhances the width of the soundstage, while dbx-TV’s TotalVolume algorithm levels out differences in loudness between channels and sources, or when the adverts kick in.

It’s joined by a Voice mode that makes dialogue clearer, while dedicated bass and treble controls make it easy to optimise the sound.

The Geneva comes with a first-class remote, which is not only easy to use but also makes a striking addition to your coffee table. It’s thin, slender and finished in sparkly silver, with rubber buttons that give a solid click when pressed. It’s a well-made zapper that fits nicely with the unit’s luxury vibe. 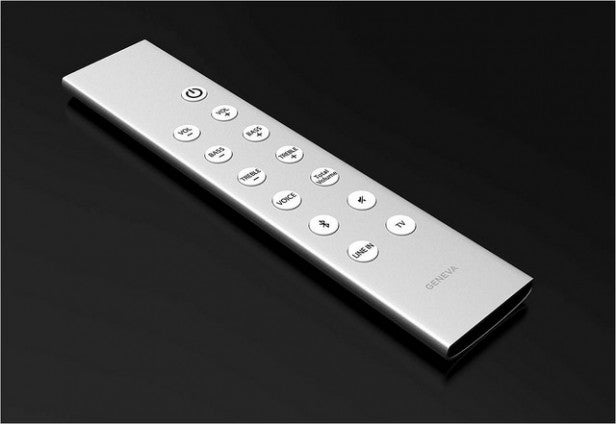 Operation is a piece of cake as the LED display communicates the unit’s status clearly and it responds quickly to remote commands.

Bass and treble levels can be adjusted in 0.5 increments and the Voice/TotalVolume modes get their own keys on the remote, as do the various inputs.

Let’s cut to the chase – Model Cinema is a superb performer. It defies its slender dimensions with a huge, room-filling soundstage, blessed with big dynamics and bucketloads of bass – but there’s also a level of finesse at play here that few soundbases can match.

Fire up the train crash scene from Super 8 and you’ll get a good idea of what we mean. As the train approaches, there’s loads of subtle detail like swishing wind and delicate clicking as the kids load the camera. Footsteps make a firm, textured thud on the wooden train platform and dialogue comes through clearly. 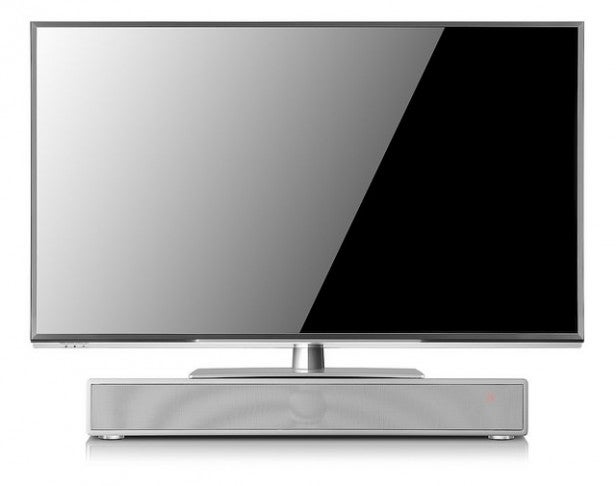 But when the train collides with the van, the Geneva moves into full-on powerhouse mode. The explosions slam hard and deep thanks to the weighty bass underpinning them, and as shattered metal rains down it attacks the midrange and treble fiercely without sounding brash.

We moved to the raucous finale of Avengers Assemble and the cacophony of smashed-up cars, explosions and gunfire is handled with great skill and scale. Effects are precise and purposeful, while its impressive width makes you feel immersed despite the lack of surround channels.

We’re also impressed by the Geneva’s ability to stay composed at high volumes. Screeching aliens and shattering glass sound smooth and full-bodied, and the woofer refuses to boom or bloat even when the Chitauri spaceship slams into the ground.

Dialogue is beautifully handled too. Voices really hold your attention thanks to their clarity, depth and subtle detail. Voice mode doesn’t make a great deal of difference though.

The Geneva displays the same level of panache when handling TV material. Documentary Blue Note: A Story of Modern Jazz on BBC Four sounds terrific – saxophone solos are easy on the ear and the interviews with grizzled music legends are easy to hear. It’s the sort of programme that could be absolute torture through an inferior soundbase but here it’s thoroughly enjoyable.

These qualities also pay dividends when beaming music via Bluetooth – the agile bass, polished detail and rousing dynamics amount to a hugely satisfying sound. Who says a soundbase can’t be musical?

Should I buy the Geneva Model Cinema?

Geneva’s Model Cinema is significantly more expensive than most soundbases on the market, but justifies the expense with a simply outstanding performance – a classic case of getting what you pay for.

It’s one of the few soundbases we’ve heard that bring a hi-fi sensibility to TV and movie viewing, teasing out tons of detail and reproducing midrange and bass frequencies with poise and punch. It’s also beautifully made and super stylish – the only thing wrong with it is the lack of HDMI sockets.

Sure, you could spend £200 on a budget base and be reasonably happy, but we guarantee its performance won’t come anywhere near the Geneva. If you can afford it, you won’t be disappointed.

It’s pricey, but this luxurious Swiss soundbase justifies the cost with a plush design and phenomenal sound quality – a lack of HDMI ports is the only let-down