Gears of War: Judgment’s second campaign, Aftermath, is unlocked once you have achieved 40 stars in the game’s main storyline and is more of a treat for loyal fans of the series. Taking players back to the final section of Gears of War 3, Aftermath reveals how Baird and Cole managed to rustle up additional military support for Dom and Marcus while they were fighting on Azure.

Given that it only provides an additional 2-3 hours of gameplay beyond the main campaign, Aftermath feels more like a piece of DLC content for Gears of War 3 that never quite made it into the release schedule. It also lacks the starred scoring system and arcade feel of the main quest, instead offering classic old-school Gears combat in some tricky new situations that include a precarious zip-line section.

Judgment is a beautifully crafted game and the graphics rendered from the Unreal 3 engine remain stunning. The game still provides the clever cover-and-run system too, along with the chainsaw-wielding madness that made the original series so successful. Every play through is different too, as the game adapts to your playing style to throw different enemies from a variety of locations to keep the combat moving. The AI is much more intuitive than in previous games and if you just sit in cover waiting for the opportunity to take the perfect headshot you’re likely to be overrun by enemies and taken out. 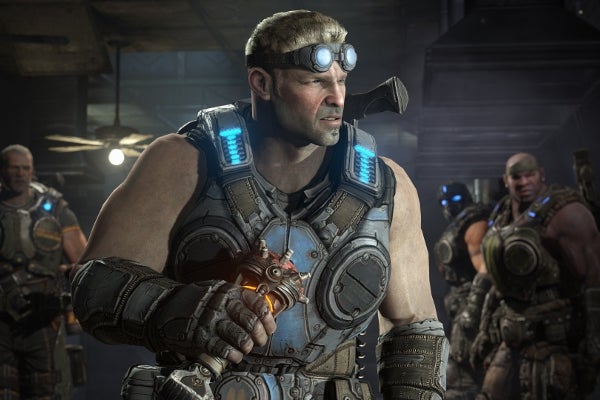 Where Gears of War: Judgment really comes alive is in the multiplayer element. The only multiplayer mode Judgement retains from other games in the series is Team Deathmatch. There are, however, a range of all-new multiplayer modes on offer.

OverRun mode offers what a competitive Horde would have done. Teams of five COG soldiers do their utmost to protect their defences against incoming Locust waves who are trying to create a new spawn point. If the enemy succeeds, the soldiers have to fall back and try to regain their base until the timer runs out or the final base is destroyed. Each COG soldier has their role, from sniper to medic, so each player must provide offer their services to the rest of the team in order to stand any chance against the enemy droves. However, each class is limited and offers restricted room for the creativity and improvisation that has always made Gears of War games so unique. OverRun also allows you to play from the Locust perspective for increased variety. 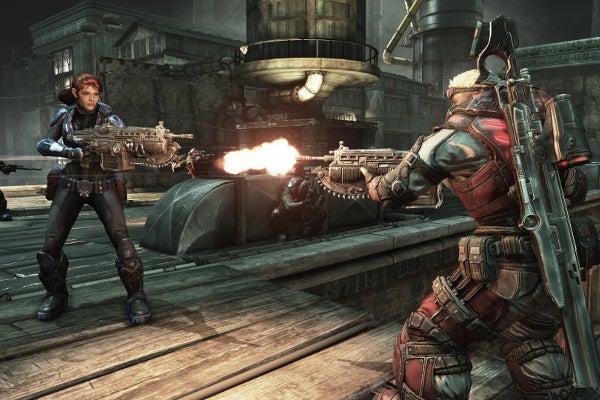 Aside from Team Deathmatch, Gears of War: Judgment offers another three other modes that really make use of the series’ addiction to gore. Survival mode is similar to OverRun, but forces you to play as a team unit to protect a generator from Locust waves. Domination is a neat take on the classic King of the Hill format, putting two teams of five against each other to fight for control of three rings dotted around the maps. And finally, Free-for-All mode is another first for the series, allowing nine players to go head-to-head for a quick burst of Gears insanity. All three of these are more akin to the original Gears experience. 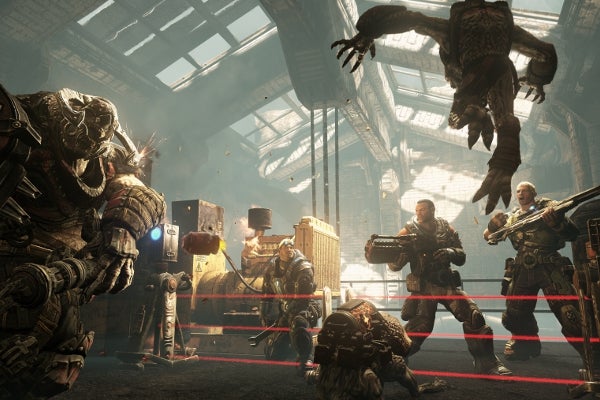 Polish developer People Can Fly has done a solid job of rejuvenating the Gears of War series, bringing a fresh and much more arcade-like approach to the combat system that had started to become a little tired in previous titles. If you’re a Gears fan you’ll love the new content and multiplayer modes, however the short campaign and high game price may leave you finding Gears of War: Judgment isn’t built to be a long-term investment.