What is the Gear4 Stream 1?

The Gear4 Stream 1 is an affordable wireless speaker. Costing £99.99, its aim is pretty clear: to undercut the Sonos Play:1 by offering a unit with plentiful wireless skills. This is a Wi-Fi multiroom speaker, as well as a Bluetooth one with a built-in battery. It has the flexibility and portability that the Sonos range lacks.

The Stream 1 offers a huge range of features for the price. It’s just a shame that sound quality doesn’t quite match up. 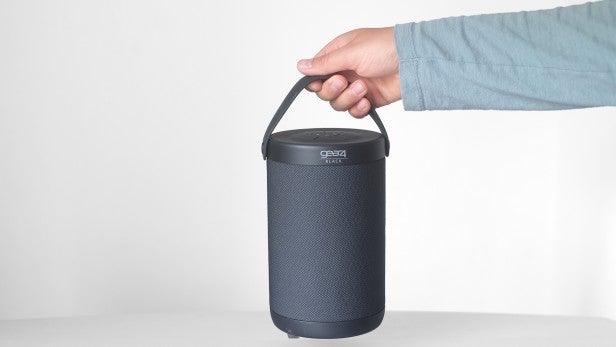 The Gear4 Stream 1 is a pillar-style spherical speaker. It’s fairly large for a Bluetooth speaker; It’s too large to fit into your hand luggage to take on holiday without leaving half your clothes at home, but pretty petite for a home speaker.

The speaker isn’t too heavy, and a handle with a rubber finish makes it a cinch to carry around. Consistent with the fairly low price, the Stream 1 is largely made of plastic and doesn’t benefit from advanced features such as waterproofing.

The fabric that covers almost the entire cylinder looks like the tough nylon you’ll find on water-resistant speakers such as the UE Boom 2, but it’s actually just a soft, cushioned layer. It feels nice, but isn’t rugged. 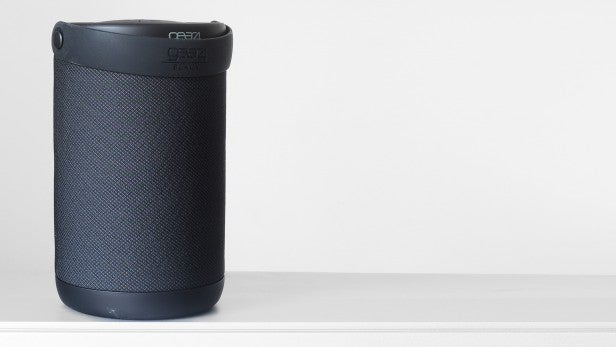 There’s a similar budget-style to the buttons up top. They’re arranged in a circle of embossed rubber: fine for the job, but nothing fancy.

The Stream 1 is far cheaper than speakers such as the Sonos Play:1, and feels it too. 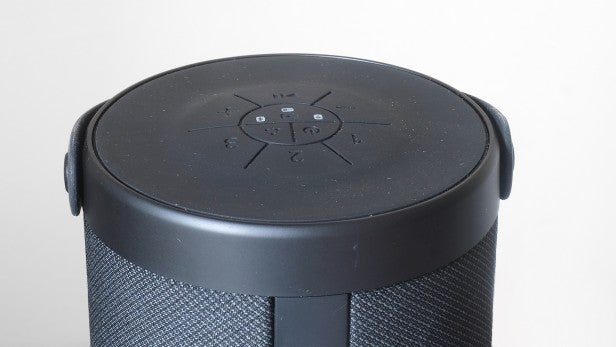 The Gear4 Stream 1’s priority isn’t design, but its wealth of features. As well as offering the Bluetooth streaming we expect at this price, Wi-Fi is included too.

This is usually only seen in slightly more expensive speakers, and enables multiroom as well as streaming functionality without the need for being in such close proximity to a phone. 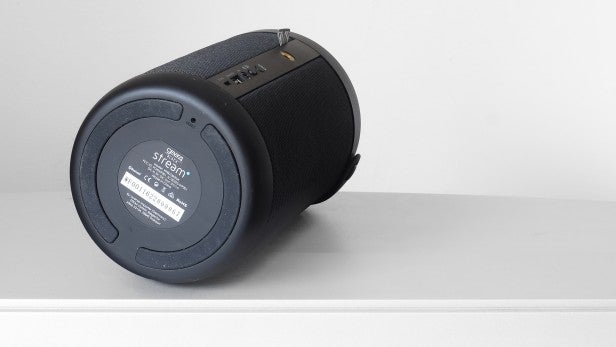 There are rubber feet on the bottom

What Gear4 hasn’t nailed yet is the software. While the app to operate the Wi-Fi side has features such as speaker pairing, and lets you attribute albums and online radio stations to the favourites buttons on the top, it feels pretty amateurish.

The interface is unrefined and doesn’t integrate with anywhere near as many services as the more popular multiroom brands. There’s Tidal and internet radio aggregator vTuner.

It’s possible to use Spotify over Wi-Fi, but to do so you use the Spotify app rather than Gear4’s one. After a while, I gravitated towards using Spotify and Bluetooth, rather than the Gear4 app. There’s no greater proof of how poor it is than that the fact that it won’t allow you to re-input your login details if you get your Tidal password wrong. 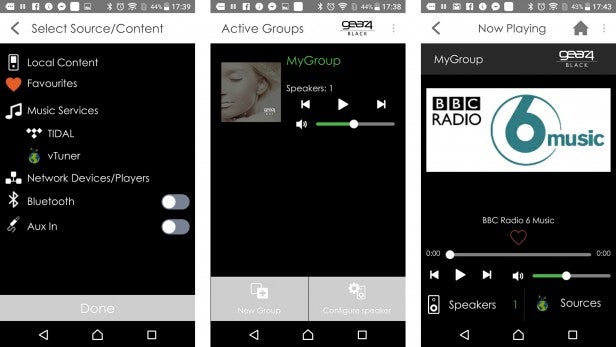 However, it does offer plenty of setup options. Getting speakers like this to work can be a nightmare – even in 2016, and to provide the best chance of avoiding such headaches the Gear4 Stream 1 has a WPS option. Here you type in the router password to teach the speaker directly, and another where you bypass the router altogether to form a direct connection between phone and speaker.

This makes the process less streamlined, less user-friendly even, but may help you avoid spending hours sorting out router conflicts. I couldn’t get the DirectStream connection to work, however.

The Gear4 Stream 1 also has a 3.5mm jack on its rear if you’d rather plug in a wired source, and the battery lasts for up to eight hours. It holds charge well between sessions, but this isn’t great stamina given the sound isn’t all that beefy. 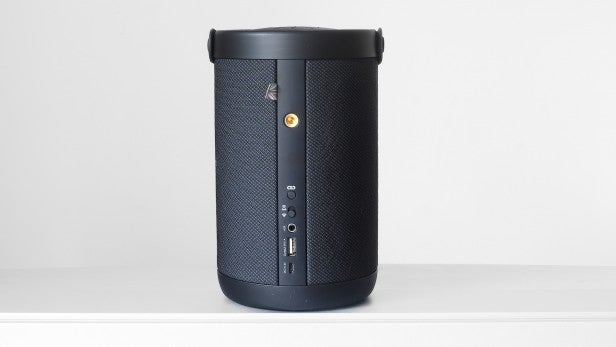 The gold thread on the rear lets you mount this speaker

Given the amazing sound power per square inch that small wireless speakers such as the Bose SoundLink Mini offer, the tone of the Gear4 Stream 1 is a little disappointing.

Bass is less powerful here than in some speakers that are a third of the size of the Stream 1, with the emphasis  more on the upper mids and treble. It isn’t the case that the Gear4 Stream 1 is unable to produce these frequencies, which can be true of smaller speakers.

Instead, it’s simply that bass comes through at a much lower amplitude. The effect isn’t an overly thin sound, it’s still rather anaemic. 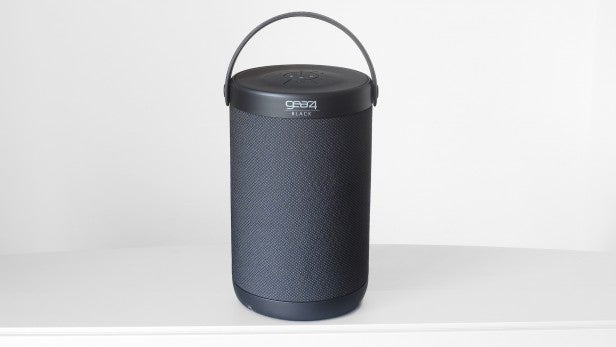 The upper mids are also a little coarse, which can make some vocals sound a little harsh until your ears bed into the Gear4 Stream 1’s tone. I tried putting the speaker up against the Bose SoundLink Mini for a direct comparison, and while there’s more treble clarity in the Gear4, the Bose delivers a much thicker, fuller sound.

Gear4 doesn’t seem to have put quite enough effort into ensuring the Stream 1 makes the best use of its size. This isn’t down to the use of a tiny driver, though, because this speaker can go quite loud without cracking at higher volumes. Instead, the sound is top-heavy. This is unusual for a wireless speaker, which tend to aim for greater impact with bass.

Thinner sound signatures can sound decent if they’re refined, but the Gear4 doesn’t have that angle covered either. Sound quality is reasonable, but this isn’t quite good enough in the ultra-competitive world of wireless speakers. 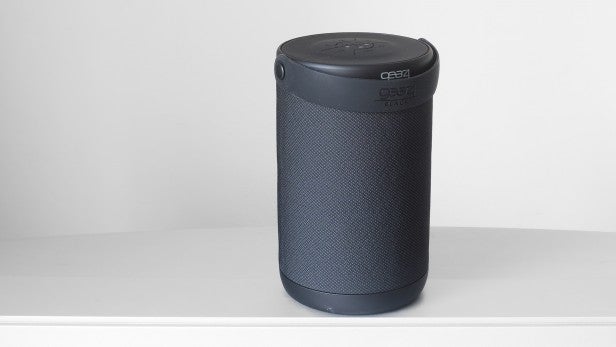 Should you buy the Gear4 Stream 1?

The Gear4 Stream 1 looks like a great bargain on paper. It’s portable and also has Sonos-like wireless streaming capability at a pretty low price.

Some core elements disappoint, however. The sound is a little anaemic, without the refinement to make it feel as though this is a deliberate move on the part of Gear4, and the app is clunky.

This isn’t a bad speaker, but the initial promise of its packed feature list doesn’t quite deliver as hoped. If you’re happy with a small Bluetooth speaker, check out the Jam Heavy Metal or Bose SoundLink Mini. If multiroom functionality is what you’re after then consider the Jam Rhythm. It’ isn’t portable and only has Wi-Fi, but it sounds fuller.

And if you’re simply after a Sonos then you may be better off saving up and waiting for a good price on a Play:1.