Blimey! With the latest speaker dock to hit TR, it’s all gone a bit ‘son et lumiere’. Just in case the product shots and the name don’t give the game away, Gear4’s SoundOrb Aurora is not your ordinary iPod sound system. Leaving other manufacturers to concentrate on such mundane, trivial pursuits as, say, wringing great sound out of a compact package, Gear4 has looked for a way to add some new excitement to this crowded product category. The answer? A cool, round subwoofer unit that isn’t just (gasp) wireless but (sharp intake of breath) illuminated. See? It’s sort-of spherical (hence Orb) and it dishes out a cool coloured glow (hence Aurora).


There are more advantages to this approach than you might think. For a start, while a lot of us want an iPod docking station, we also want one that’s small. The problem, however, with small integrated speaker systems is that they tend to lose out on bass and low-end warmth. Adding a separate subwoofer will help cure this, but then you end up with an ugly great box lurking somewhere near your dock. The SoundOrb Aurora fixes this by a) making the sub look attractive b) making it wireless so you can stick it anywhere in the room (or at least anywhere within range of a mains socket) and c) making the sub itself a feature, so you might actually want to have it out in the open. 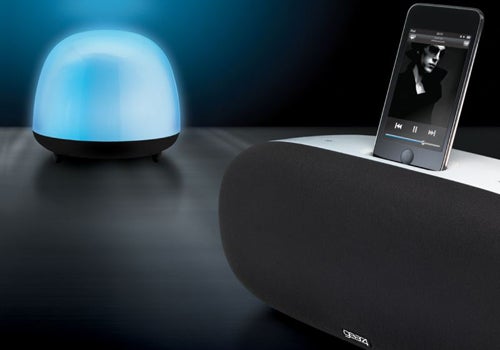 Here’s how that works: using LEDs the SoundOrb sub emits a cheerful ambient glow from the top, which gently spreads down and out from the translucent white surface of the module. The glow covers the whole gamut of colours from red through to violet, and you can opt whether to stick with one tone, selecting it using a rotary knob at the back, or whether to have the unit cycle through the available colours at your chosen speed.


The effect is a little like Philips’ Ambilight system, only it doesn’t involve any processing or interaction with the material. If you want your own living-room disco then you’ll probably want something more exciting or intense, but if you just want a nice, soft, relaxing glow to add warmth or interest to a gloomy corner of the room, the Aurora does a perfectly capable job. In daylight, note, the effect is more subdued, and really rather difficult to spot at all.


The wireless bit, meanwhile, works transparently using a variant on 2.4Ghz technology. There’s no need to fiddle around with partnerships or settings, and the subwoofer can sit a good distance away from the main unit without affecting the signal (apparently up to 30m). For the sake of research I actually had it working in a completely separate room, about six metres and two thick walls away from the dock. Doing so was completely pointless, given that I couldn’t really hear the sub and the mid/treble speakers at the same time, but it proves that those of you with a large studio-sized space to fill needn’t worry.

The main unit is a simple, stripped back little soundbar, with a black, fabric cover protecting the speakers and a curvy, white gloss plastic shell to match the sub. It’s attractive, understated and the sort of thing that – unlike many rival iPod docks – won’t scar refined living spaces. Instead of unsightly buttons we get illuminated touch controls for volume, plus an on/off control and another for switching between the unit’s three sound modes: straight stereo, wide stereo and 3D surround. 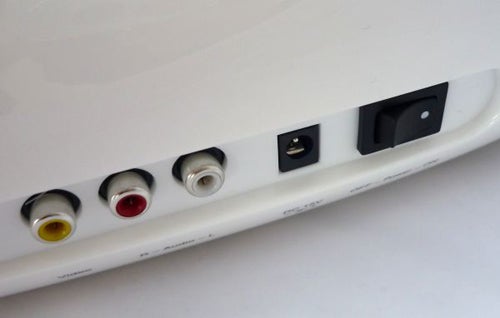 I found these controls a little unresponsive at times, but generally they worked pretty well. The SoundOrb Aurora isn’t particularly clever when it comes to supporting different models of iPod either. Where other manufacturers are playing with sprung supports or similar mechanisms, here you just get your bog-standard white plastic inserts. On the plus side, it’s compatible with a wide range of models, including the iPod classic, iPod video, G3 to G5 iPod nanos, regular, 3G and 3GS iPhones, and 1G to 3G iPod touches.


Gear4 also recommends the SoundOrb Aurora for TV use, providing stereo phono inputs for your Blu-ray/DVD player, Sky/Freeview box or games console, and a component video output for those wanting to output video from their iPod onto their TV. Sound quality aside (I’ll get to that in a second) it all works exactly as advertised. Meanwhile, a credit card-sized remote gives you control over volume, sound mode and basic iPod functions, though not the ambient lighting system. 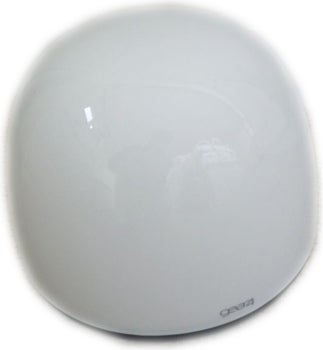 Ah, sound quality. Well, the best thing I can say about the SoundOrb Aurora is that it doesn’t sound bad given the size of the main unit. There’s warmth of tone that you won’t find in many small speaker systems, and the 5in down-firing subwoofer does a fine job of adding low-end body. What’s more, the sub isn’t overpowered or boomy unless you whack its volume level right up; points to Gear4 for allowing you to set this independently.


However, there are some real concerns. Firstly, while the subwoofer provides bass, it’s not a particularly well-defined or articulate bass; in tracks, for instance the Bill Evans Trio’s recording of One Day My Prince Will Come, where I expect to hear a clear, well-separated bassline the SoundOrb Aurora falls flat. There’s just no precision or detail.

More worryingly, the main unit doesn’t do a great job when it comes to clarity or high-end detail. Listen to something heavyweight with a lot of percussion or thick, distorted guitars, and the SoundOrb Aurora really struggles to make head or tail of it. Mastodon’s Divinations, for example, was transformed from a heavy metal monster track into a bit of a sibilant mess, with the cymbals and drums rattling away at the high-end, and the guitars burying everything else in the middle. For similar reasons, orchestral material is robbed of impact, with whole sections of the orchestra failing to rise above a muddled mix.


For simpler songs with basic acoustic instruments and vocals the news is better, but you never get that heartstopping crystal clarity that really makes a vocal line come alive. The sort of slick pop that’s been mastered with car stereos and FM radios in mind fares best of all, but at no point could I say that the SoundOrb Aurora delivered an exemplary audio performance. I’ve heard worse, but I’ve heard an awful lot better too. 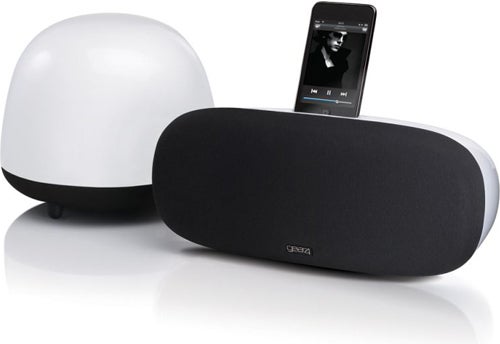 It’s worth experimenting with the different sound modes. The basic stereo mode is best for most styles of music, but the 3D mode does produce a wider soundstage which works better if you’re trying to fill a big room with straight, punchy pop. The wide mode is, the manual claims, best suited for TV and movie-watching use, though in my experience, you’d be better off sticking to the 3D mode instead. However, if I wanted an iPod dock to double for TV or DVD sound, I’d probably invest my cash in Sony’s superior SRS-GD50iP system, or look at one of the various specialist home cinema systems with iPod docks instead.


In the end, it’s the old price/performance ratio that hits the SoundOrb Aurora the hardest. £200 is a lot to pay for an iPod dock, and for that kind of money I’d expect better sound. Sure, that nice, peaceful, colour-cycling glow compensates and adds some value, but to my mind it’s a fun feature, not one that you should be willing to forgo great audio to enjoy.


A cool, well-designed iPod sound system with some interesting features, and family and friends are sure to admire the glowing colours. The sound quality, however, isn’t nearly as exciting, and what’s there isn’t good enough to justify the price.