Tradition dictates that there are two kinds of iPod speaker dock you can buy. You could get a set like the Bowers & Wilkins Zeppelin which will look fantastic sound great and is definitely not portable by any stretch of the imagination. Conversely you can pick up something like the Bose SoundDock Portable which, as the name betrays, can be carried around where-so-ever you might roam. 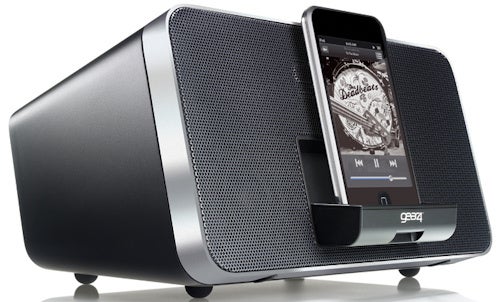 There is a potential problem with this: if you happen to need both types of speaker then you’re stuck either compromising and settling for just the one or buying one of each type. Neither of those options is optimal, you’ll probably end up with a sub-standard example of each type, or have to settle for just one or the other.


What’s needed, then, is for someone to come up with a system that solves both problems; a system that combines the quality of a fixed speaker solution with the convenience of a portable device. Okay, I’ll stop dropping hints and come clean – that’s exactly what the Gear4 Duo is. A speaker system that’s able to transition between a portable, battery-powered and a static mains powered speaker dock.


When out of its box and assembled, the Duo looks like any other 2.1-channel speaker system. As might be expected for a product with an MSRP of £250 lower, it isn’t in the B&W Zeppelin’s league and it arguably doesn’t even look like it’s worth the £150-odd Gear4 is asking. The aesthetics aren’t bad by any means, just slightly uninspired. 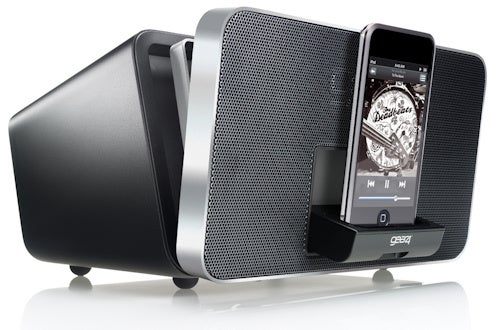 Oddly when detached the portable section of the speaker looks much better, due in a large part to being far thinner. This segment (if you will) is held in place in a recess at the sub unit’s front by a couple of tabs at the bottom and magnets at the top. Frustratingly this mechanism isn’t particularly secure and could do with some stronger magnets.


Unfolding the iPod dock section at the front can’t be achieved one-handed as this causes the Duo’s portable section to fall onto whatever surface the speaker is sitting on. The problem arises, as mentioned, due to the use of very weak magnets as a retention mechanism. It’s not really that much of an annoyance, but it doesn’t help inspire confidence in the quality of the rest of the system.


The foldout leg at the rear of the portable speaker dispels that feeling, though, locking in place with a resounding ‘click’ and holding the unit at what one might refer to as a jaunty angle – if you were a pretentious pillock that is.

Actually using the Gear4 Duo is a fairly simple affair. Plug an iPod onto the dock or attach any other brand of MP3 player to the 3.5mm Jack on the main or portable unit, press the power button on the top of the speaker dock and then press play on your MP3 player. iPods can also be controlled using the supplied remote which works like that supplied with the Gear4 BassStation in that you can navigate the iPod menu using the remote – unless you have a touch or an iPhone in which case it won’t work.


I still don’t see that as a problem because as great as that feature sounds, the menu you’re browsing is on such a small screen that you need to be right next to it anyway, negating the need for remote control. If you’re willing to memorise the button sequences needed then it works quite well though.

By now you’re probably wondering how the Gear4 Duo sounds and if you were hoping I was about to say “very good” then I’m afraid I have to disappoint you. That isn’t as simple a conclusion as it may seem; the problem with the Duo is that by trying to do two things pretty well, it has fallen into the age-old trap of, in fact, doing neither quite well enough.


In the office I gave the Foo Fighters album Echoes, Silence, Patience, Grace a play through with the speaker on a desk about half metre behind me. At this vicinity the Duo produced a quite cramped soundstage, a criticism shared by Riyad. Moving away the situation improved, but not enough to win me over. Clarity was excellent, but it came with a lack of base, despite a dedicated subwoofer unit.


Compared to Gear4’s own BassStation, which costs £50 less mind, the overall experience wasn’t inspirational. On balance the kind of casual listener that wants a portable speaker as well probably won’t mind the sound quality that the Duo can produce. Just don’t set your hopes too high. It is the portable side of the Duo, in fact, where things take a turn for the better. The only difference is a slight drop in volume, thanks to the use of batteries rather than AC power, and a sudden lack of bass. 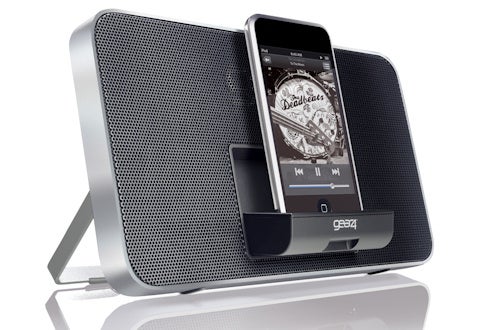 I took the portable speaker into the TrustedReviews gardens, taking full advantage of the current climate, and gave Feeder’s recent compilation album The Singles (full marks for originality there by the way) a spin. After much debate and deliberation I came to the conclusion that this lighter, less bassy sound actually suits casual summertime outdoors listening quite well. A bit more volume would have helped, but for a small group in, say, a two metre radius around the speaker would probably find it good enough for a background accompaniment to a conversation.


The snag here is that again Gear4 itself has a portable speaker system which would serve that purpose just as well, priced a little under £37. Thus you would be better off both in financial and audio terms buying two separate devices from Gear4 – one for your home and one for when you’re out and about.


The Gear4 Duo isn’t a bad product as such, but it suffers both from being a true jack of all trades but master of none and, more crucially, from being too expensive a solution to the problem it’s trying to solve. When all’s said and done, if you need a speaker set for the home and one for taking out you’re better off buying a dedicated unit for each purpose.