Bluetooth is quickly becoming one of those ubiquitous technologies that you can find in almost anything. Be it mobile phones, laptops, GPS devices, MP3 players, printers and anything else that doesn’t spring immediately to mind, if something is small-ish and portable, there’s a good chance you’ll find Bluetooth inside. That goes for headphones and even earphones as well, especially with music phones and MP3 players increasingly embracing wireless audio using the A2DP audio profile. 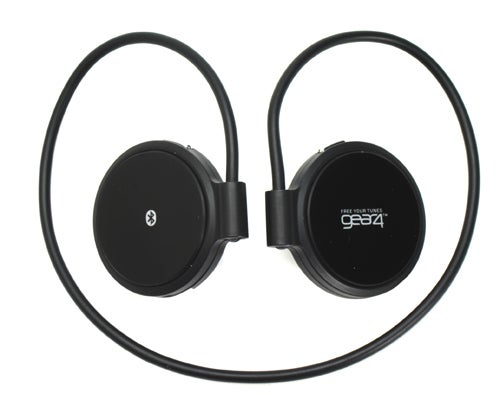 Looking back we’ve reviewed a few such products in the last year or so, including the iSkin Cerulean F1 Bluetooth Earphones, the Etymotic Research ety8 Bluetooth Earphones and a little longer ago the Logitech FreePulse Wireless Headphones, but none have quite done enough to secure an unqualified recommendation. Unsurprisingly, the et8 Bluetooth Earphones got the closest, but a typically high price and the unfortunately bizarre appearance dented their appeal.


Gear4’s effort looks promising on first appearance. They’re exceedingly light for a pair of headphones, weighing just 26 grams, and though they look like fairly straightforward headphones they don’t clip onto the ear but use earbud inserts. You get a choice of two sets of rubber buds, with a shallow standard set and some extended ones that sit in the ear canal. We found, however, that the shallow versions didn’t create a particularly convincing hold and thus preferred the in-ear buds. 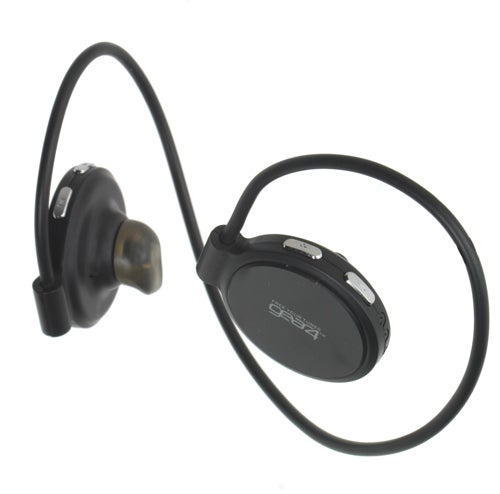 Of course, being the snobby techie types that we are we’d sooner people use in-ear rather traditional style inserts anyway since they sound so much better, but not everyone is keen on this and if you’re likely to prefer the shallow buds, the Gear4 BluPhones probably aren’t for you. Indeed, though this earbud design does have its advantages, we’re not entirely convinced by it at all.


Despite being very light, wearing the Bluphones for a few hours does generate some mild discomfort regardless of which earbuds you use. Moreover, even using the larger in-ear buds doesn’t provide a totally secure fix on your ears. They don’t go that far in and whenever you move your head are prone to shifting, which can be quite annoying if on the move. Comfort, then, is by no means perfect and we’d definitely prefer a more traditional clip style fastening, even if it did mean adding some weight.

If the design doesn’t entirely convince, it must be said the BluPhones don’t lack for functionality, combining both Bluetooth headphone and headset abilities into one very small package. 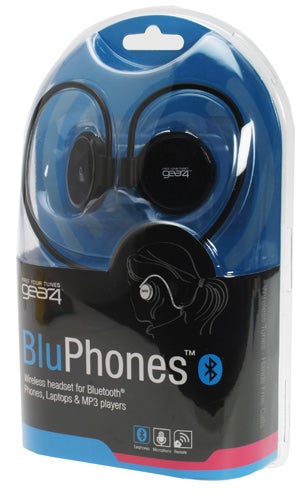 On the right headphone is a Multi-Function Button (MFB) that, shockingly, combines a number of different functions. You hold it down four seconds to turn on and two to turn off, while six seconds will activate pairing mode, enabling you to search for the BluPhones using the desired device and enter the code ‘1234′ to complete the connection. All of these actions activate corresponding LED lights on the left headphone, flashing blue indicating ‘on’, red ‘off’ and alternating red and blue ‘pairing’. In playback this also doubles as a Play/Pause button and when you have incoming call will answer it, with a second press ending the call.


Also on the right headphone are next and previous buttons, while you’ll find volume control buttons on the left headphone. You’d imagine that given the size, all these buttons would be rather cramped, but happily they’re arranged well enough and it’s easy to feel your way around and enjoy your music without getting the phone out. 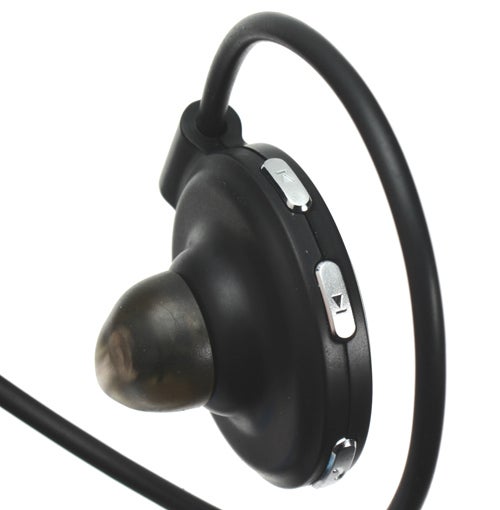 But how does music sound? Reasonable, would be the one word answer. For a small set of headphones they reach decent volumes and produce a nice clear mid-range, but there’s no real sense of detail in the sound. Bass is really quite weak and percussion lacks fizz, but despite being no audible treat they’re perfectly listenable.


Likewise, call quality is decent but never excels. Microphones can be found on the inside of each headphone and, despite their location, we didn’t encounter any problems having a clear conversation provided there wasn’t too much background noise. However, unlike more dedicated Bluetooth hands-free kits, there’s no active DSP noise cancelling, making noisier environments more of a challenge. As such, it’s perhaps best to regard the BluPhones as headphones that can be used as a hands-free set as well, rather than a perfect merging of the two. 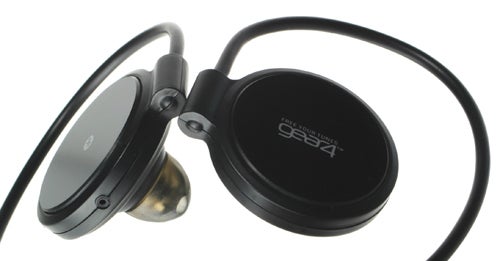 It’s a point supported by the battery life. Terrible it isn’t, but like most aspects of the BluPhones its five hours of music/talk time is solid but unspectacular and you’re infinitely more likely to run out of battery on your headphones than you are on your phone or MP3 player. Overall, this makes the Gear4 BluPhones an imaginative but slightly flawed take on a Bluetooth Headphone come Headset, failing to provide the comfort or quality needed to make them truly desirable.


Though the premise of creating light Bluetooth headphones with hands-free capability is a good one, the Gear4 Bluphones don’t quite pull it off. We found the earbud design not entirely comfortable and though most aspects of the performance were decent, nothing about the BluPhones stands out and says ‘Buy Me’.