The fashion world is always experiencing revivals of one sort or another. Not so long ago every wannabe WAG in the country was obsessed with looking like Audrey Hepburn. Before that, it was the Seventies, flairs and great big, sunglasses that made your average girl or boy in the street look like an extra from Barbarella.


In the forward-thinking technology industry it doesn’t happen too much. But there is the odd occasion when product designers look to the past for inspiration. Gear4’s latest portable Bluetooth speaker, the BlackBox, is one example: it looks like it could quite possibly have lived out its life as a prop in BattleStar Galactica (the original TV series) or Knight Rider. 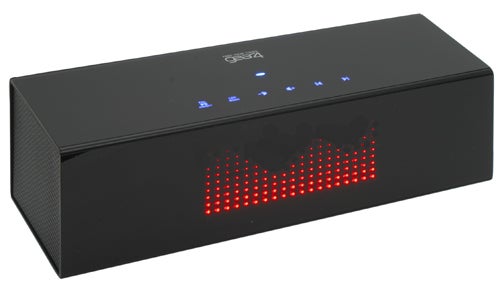 There’s the Eighties hi-fi look: it’s all made from black, glossy plastic and it’s very boxy, with sharp edges everywhere. Don’t get me wrong, I like the design, but sit it on top of my dad’s old Technics system and you wouldn’t look twice. Then you turn it on and, all of a sudden, there are blue and red lights everywhere. On top of the extended cube-like design a series of touch-sensitive buttons appear in cool, glowing blue, and on the front a red LED panel KITT would have been proud of leaps into life. 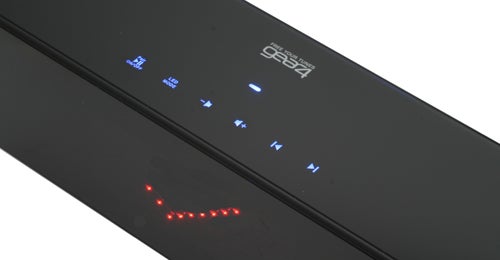 Fortunately, it’s all done very tastefully, and the end result is rather spectacular. Stick this BlackBox in the corner of your living room and it’s exotic looks will draw admiring glances whenever you’ve got friends over for dinner or drinks. Those red LED lights on the front turn into an equaliser when the music is playing – you can switch between a number of different types of display, all of which pulse rhythmically in time with the music – and when you’re doing something else with the speaker, they’ll momentarily display the volume level, Bluetooth status or a confirmation of whatever button you’ve just pressed.

The BlackBox doesn’t just rely on its looks to gain praise, though they’re easily enough on their own to gain this speaker plenty of sales. In fact the design is pretty practical too. Those bright, blue buttons on top aren’t just eye candy: as well as basic volume functions, they enable you to take control of the music with track skip, pause and play controls. And you don’t have to lean over to change the volume if you don’t want to either. There’s also a small remote control included that replicates all the functions on the main control panel.

The BlackBox is pretty portable too. Though not quite as beautifully small as Gear4’s little BlackBox mini speaker I looked at a couple of weeks ago it, it does take batteries – in the form of four large C-type alkalines – and is compact enough to sling in a rucksack on the way to a party or a weekend away and have room left over for a few beers plus a change of clothing. The inclusion of a padded case should help you keep its good looks intact.


And, when you’ve got the BlackBox wired up to an MP3 player via the 3.5mm stereo input on its rear it sounds pretty good too. Despite the presence of a rear-firing bass-reinforcement port, the low notes aren’t thumping. But the rest is pretty good: it’s well-balanced with good, clear mids and sharp highs. It can’t match a decent micro-system, but it compares well with anything else of its size that I’ve heard before, and it goes pretty loud too. The 24W output in the specifications is good enough to fill a small- to medium-sized room and will compete with a several people talking over it. 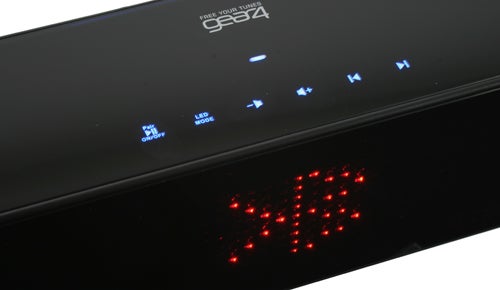 Hook it up via the Bluetooth connection, however, and it’s a very different story. Connection is about as easy as it gets – turn it on, enter the passcode into your mobile phone or A2DP Bluetooth-enabled music player and connection is established instantly- but what then pours out of the sideways-firing speakers is a very disappointing. The sound goes from clear as crystal to muffled and soft-sounding in the blink of an eye. It’s a bit like putting on a pair of someone else’s thick spectacles when you have perfect vision; it turns everything into a smeary, blurry mess.

Georgie Fame sounds like he’s singing inside a cardboard box filled with those polystyrene packing peanuts instead of live at the Kentish Town Forum and, worse still, when you play something a bit more demanding, such as TV On The Radio’s complex album, Return To Cookie Mountain, you start to hear distortion in the upper registers. It’s not distortion in the traditional, analogue sense – but the faint tickling noise that accompanies every loud, pounding beat soon becomes extremely tiresome. 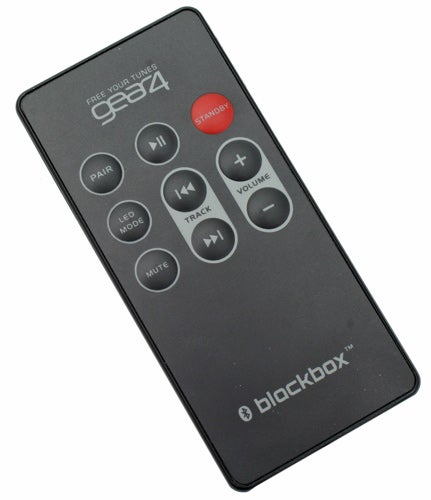 
I’d love to like this bigger BlackBox as much as I do its smaller sister – the more pocketable mini – but I’m afraid I just can’t. It looks wonderful with its Eighties sci-fi red LED display, it’s pretty portable, goes very loud and even comes with a remote control and carry case.


It has plenty of potential and sounds very good when hooked up with a standard 3.5mm cable, but alas it doesn’t work as well when you fire up the Bluetooth connection. Given that you’re paying a premium for the privilege of being able to play music wirelessly, I don’t think it’s too much to expect to be able to do so without suffering a huge loss in quality. Unfortunately, you do, and I’d therefore recommend you go and spend your £80 elsewhere.