Earlier this year, American industrial giant General Electric, under its General Imaging brand, made its first move into the digital camera market with the launch of a small range of budget-priced compacts including the E840s. The company has just launched its latest wave of new products, with seven new models introduced at this year’s Photokina camera show, held last month in Cologne, Germany. Among them was the E1050TW, an impressive-looking high-spec 10.5 megapixel compact featuring a three-inch touch-screen monitor, a 5x zoom lens with a 28mm wide angle, and HD resolution video shooting. Retailing at just £149.99, does it have what it takes to make an impact in a fiercely competitive and already overcrowded market? 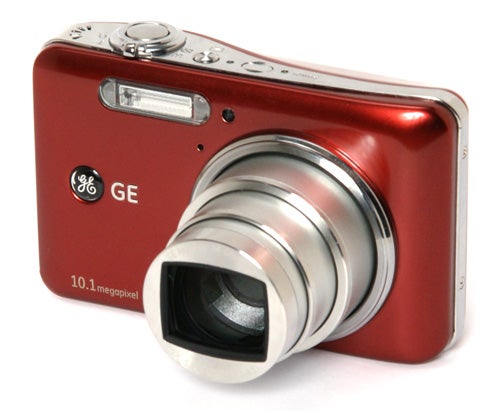 If looks alone were enough then the E1050TW would certainly be destined for success. GE’s designers have done a good job of making what is really quite a cheap camera look a lot more expensive than it actually is. If you slapped a Canon badge on it, it wouldn’t look out of place in the IXUS range. The looks aren’t just skin-deep either. The body is all aluminium and the build quality is as good as anything from the more established manufacturers. The E1050TW is available in a range of five colours, including black, blue, silver, white and the pleasant metallic red shown here.


Touch-screen controls are all the rage these days, thanks in no small part to that latest must-have icon of the consumer culture, the Apple iPhone. Remember how after the first iMac came out, for about two years every new electronic product was clad in brightly coloured see-through plastic, whether it needed it or not? It’s the same thing. I’m not entirely convinced that touch-screen controls on a camera offer any real advantage over conventional buttons and dials, but it looks like we’re stuck with them for a while. 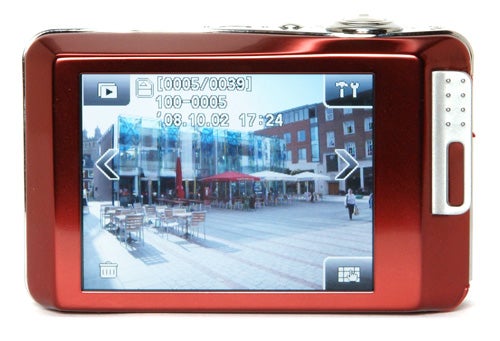 In terms of touch-screen operation alone the monitor on the E1050TW is one of the better examples of the type. The button areas are large enough for my big fingers, and it operates quickly and smoothly with only a light fingertip touch. Unfortunately it does have a downside, and it’s quite a serious one. The touch-sensitive layer on the screen has a slightly opaque reflective metallic lustre, giving the monitor the appearance of a dull mirror when turned off. Unfortunately this surface is very good at reflecting sunlight, making the image on the monitor extremely difficult to see in daylight, and almost invisible in bright sunlight. This is a major problem for the E1050TW, and one which GE will have to overcome if it wants to compete with the likes of Sony. To be honest I’m surprised that a company with such vast resources in the field of consumer electronics couldn’t come up with a better touch-screen monitor than this.

It’s a pity that the E1050TW has this crippling monitor visibility problem, because in most other respects there’s a lot to like about it. Indoors or in the evening the monitor is clear and sharp with a good refresh rate and a fairly wide angle of view. The camera body is sensibly designed and sits nicely in the hand, with a textured area on the strap lug that doubles as a thumb grip. The few external controls are sensibly positioned, although I did find myself mistaking the playback button for the power switch a few times. The rotary-bezel zoom control is smooth and responsive, with at least ten steps between wide angle and telephoto. 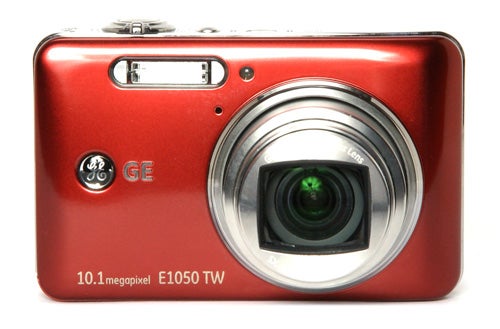 The camera has four main shooting modes; a fully automatic setting in which the camera does everything for you, and manual setting in which functions such as ISO setting and white balance can be manually adjusted, a scene mode with 13 scene programs, and a stabilisation mode, which appears to employ digital image stabilisation and a moderate increase in ISO to counteract camera shake. It does provide some stability, but it’s not as good as sensor-shift or optical IS system.


One of the E1050TW’s main selling points is its 1280 x 720 video mode. While it has HD resolution, it doesn’t quite have HD frame rate, being limited instead to 25fps, although it can shot at 30fps in VGA mode. Clips in 1280 x 720 mode are limited to 30 minutes, but in lower resolutions the only limit is the memory card capacity. 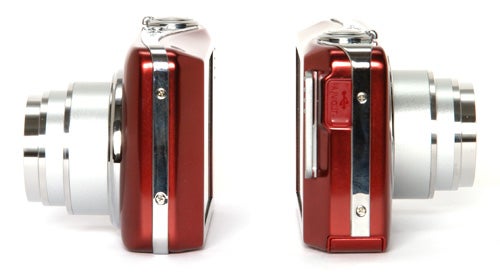 Other advanced features include face, smile and blink detection. Face detection works surprisingly well, picking up multiple faces in the frame including those not looking directly at the camera, although it did have some problems in low light conditions. Smile detection is also effective, firing the shutter at a normal smile rather than the face-aching grimace that many such systems require, although again it is less reliable in poor light. It also only works with the camera held in the horizontal position, not in the vertical position frequently used for portrait shots. The blink detection system doesn’t prevent the camera from taking a picture, but does flash up a warning if your subject blinked during the shot. Again the system works reliably, and is certainly potentially useful.

Performance is one area where budget cameras often lag behind their more expensive rivals, but the E1050TW bucks the trend with some fairly impressive figures. It starts up in approximately 2.5 seconds, which is fairly respectable, while in single-shot mode at maximum image quality it can capture a shot every three seconds, which isn’t exactly Olympic record territory but is far from shabby. In continuous mode it is considerably quicker, shooting at just over a frame a second, but it doesn’t change focus or exposure between frames. Interestingly these performance figures are identical to the earlier E840s which I reviewed back in May. 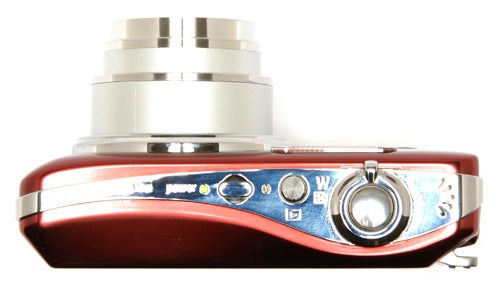 Also unchanged from the earlier model is the autofocus system, which is again much better than one might expect from a relatively cheap camera. It focuses quickly and reliably in good light, even at longer focal lengths, and also works surprisingly well in low light. It can focus in the dark at a range of several metres thanks to an AF assist lamp.


The acid test is of course image quality, and here the E1050TW has both good and bad points. The lens quality is reasonable, producing some barrel distortion at the wide-angle end, but no more than I’ve seen from more expensive models. There is noticeable blurring and chromatic aberration towards the corners of the frame. Apart from this the images are generally sharp and well detailed, but the overall quality is impaired by the rather harsh image processing. Images look rough and over-sharpened, with some spurious artefacts appearing on areas of plain colour. Automatic white balance was also inconsistent, often changing from one shot to the next even in a sequence of pictures of the same subject in the same light. Dynamic range is about average for a 10MP compact, with fairly good shadow detail but some blown out highlights. 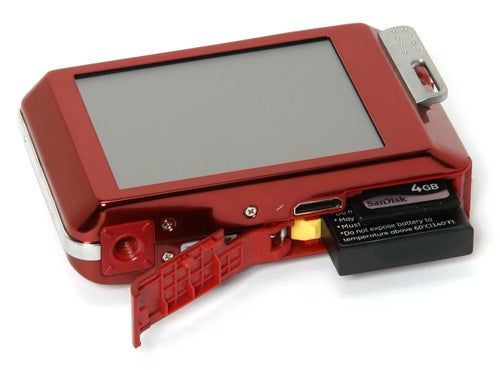 Where the E1050TW has the most trouble is with image noise control. Noise is visible even on shots at 100 ISO, and is a major problem by 400. Shots taken at 800 and the maximum 1600 ISO are of very poor quality, with random colour variations and no fine detail.

The GE E1050TW offers a lot of features for a very reasonable price, including a very useful zoom range. Build quality, design and handling are very good, and the camera certainly feels more expensive than it is. The touch-screen control system works well, and overall performance is better than expected, especially the autofocus system. Unfortunately it is let down by inferior image quality and the fact that you can’t see the monitor in daylight. 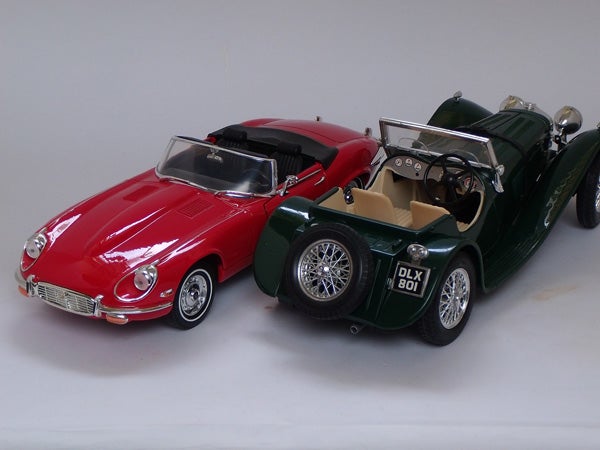 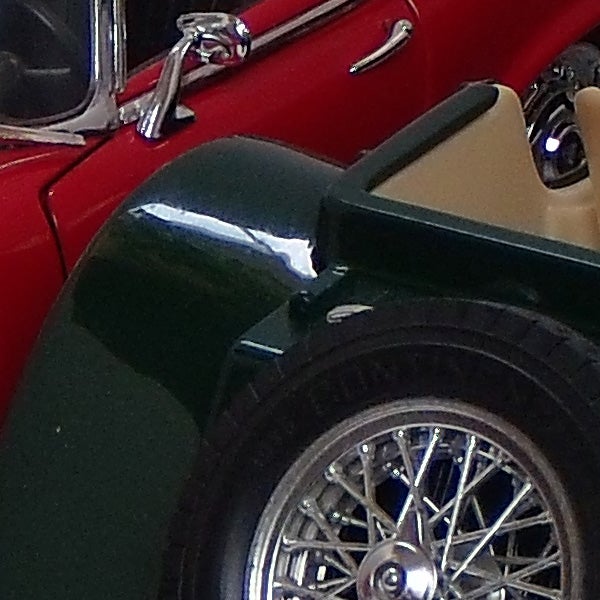 At 80 ISO there is little noise, but the image still has a harsh over-processed look. 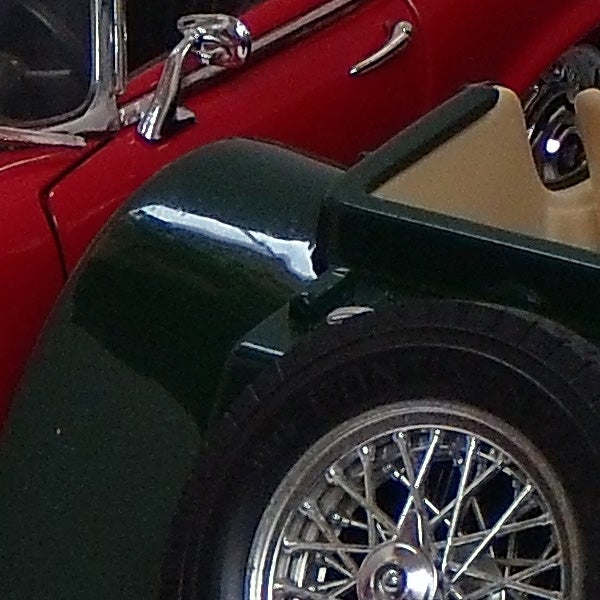 Already at 100 ISO there is some noise visible. 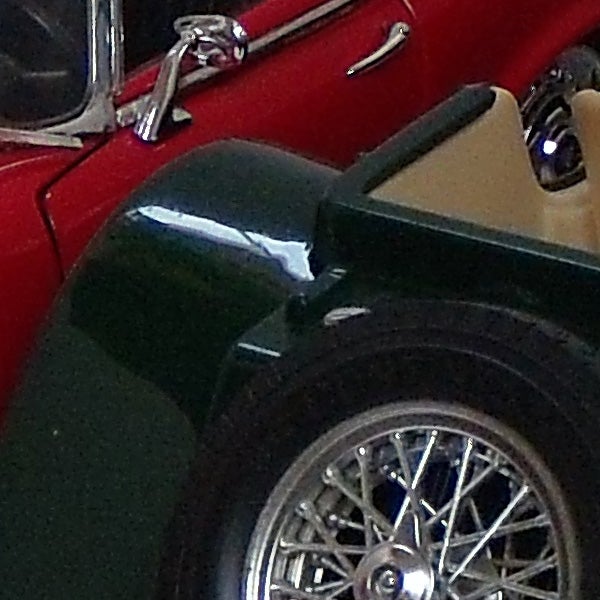 Image noise is quite pronounced at 200 ISO. 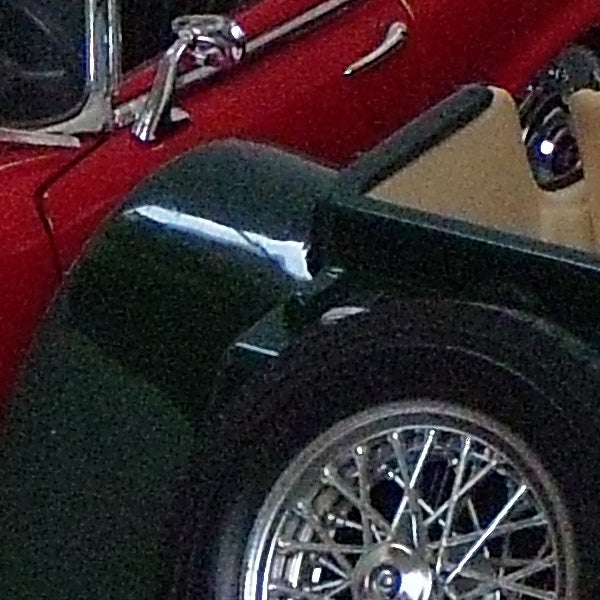 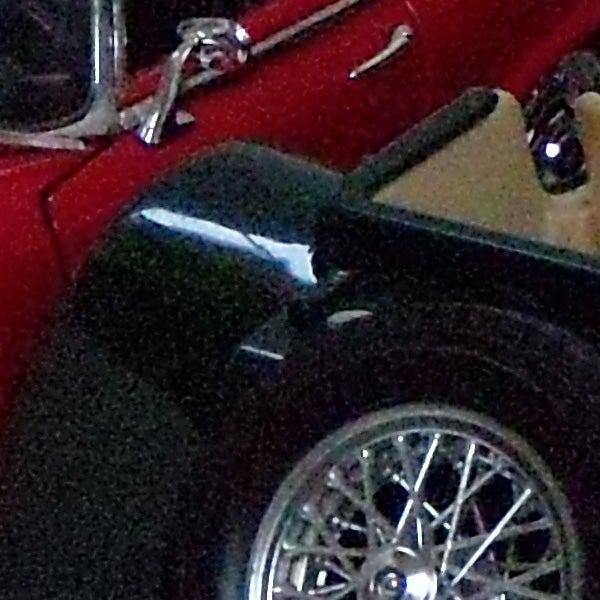 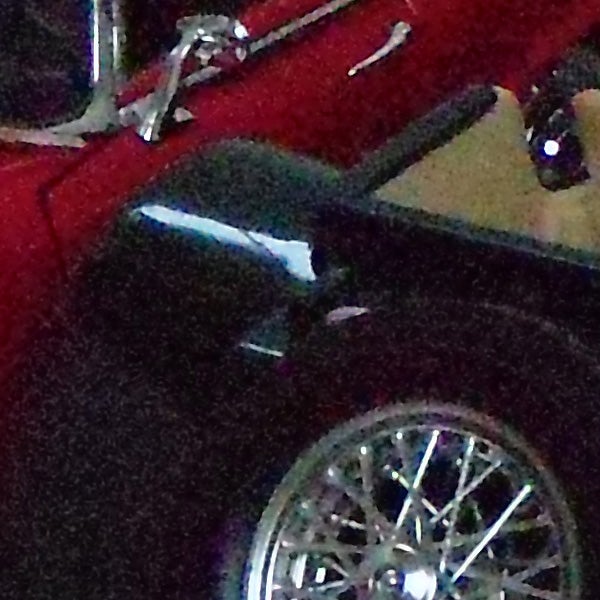 At 1600 ISO the image is pretty much unusable. 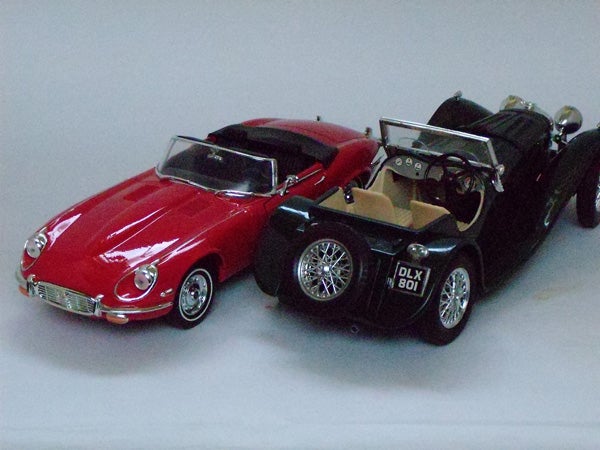 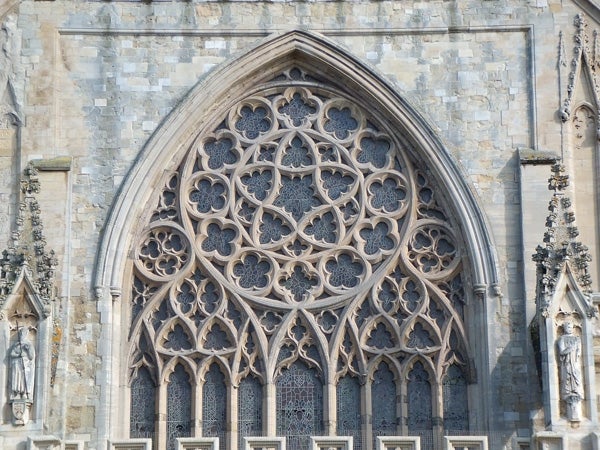 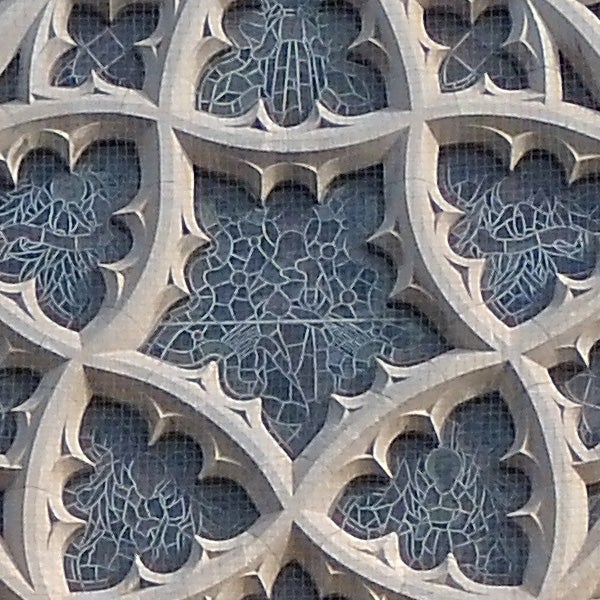 While the level of detail is good, the image has a harsh over-processed look. 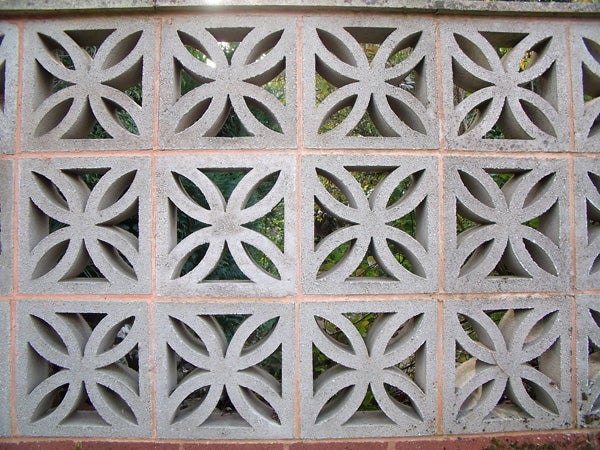 The lens does produce some barrel distortion at the 28mm wide end, but I’ve seen worse. 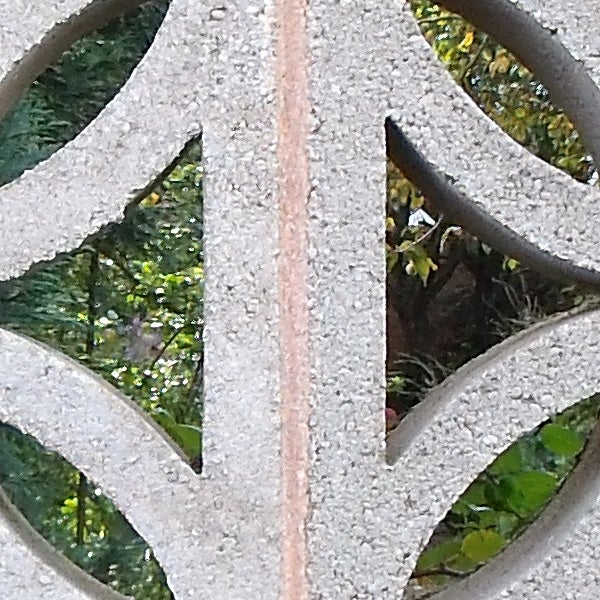 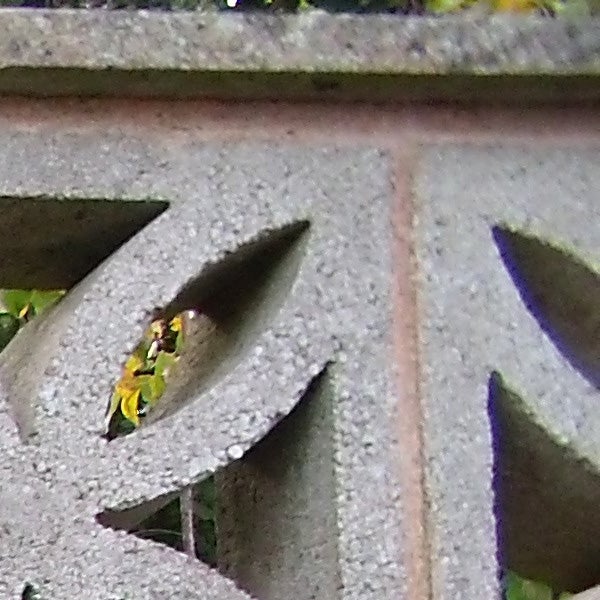 Some blurring and chromatic aberration in the corner of the frame. 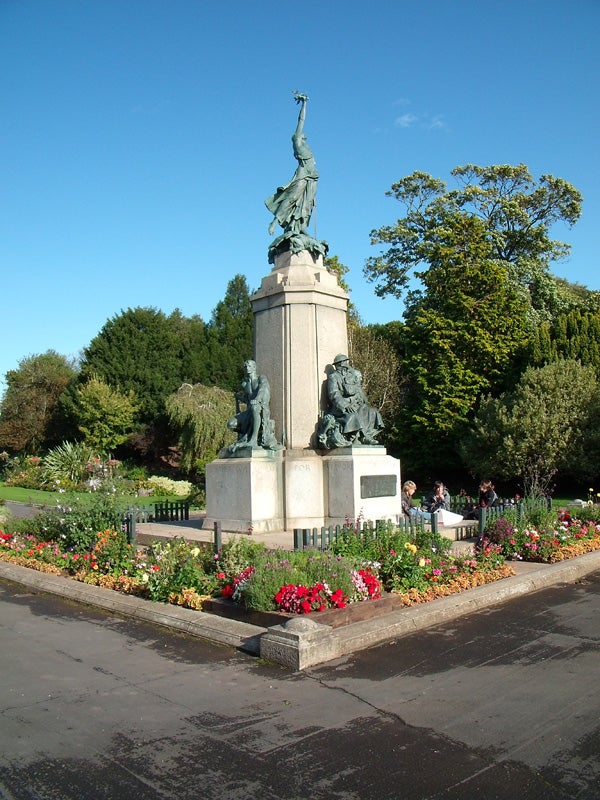 The wide angle end of the zoom range is equivalent to 28mm, good for landscape shots. 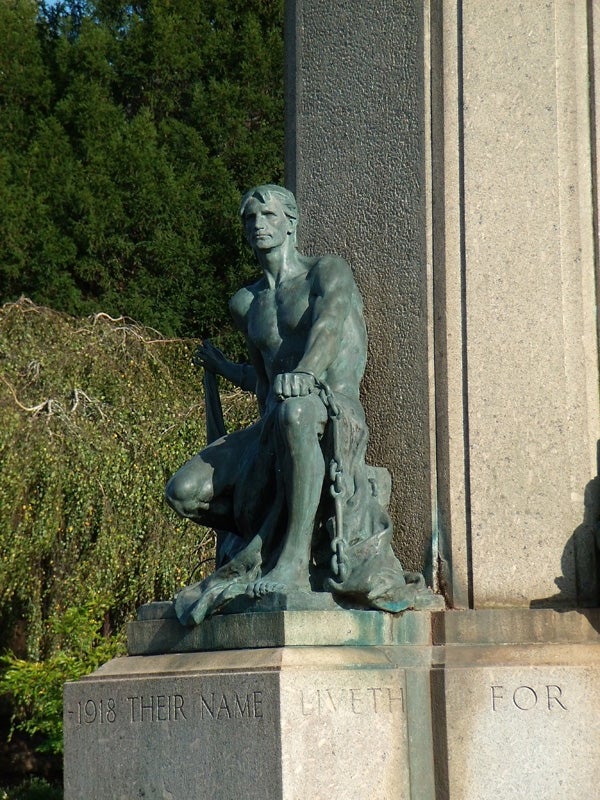 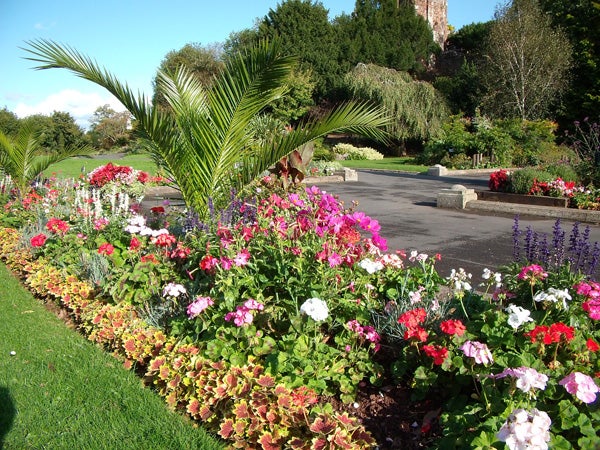 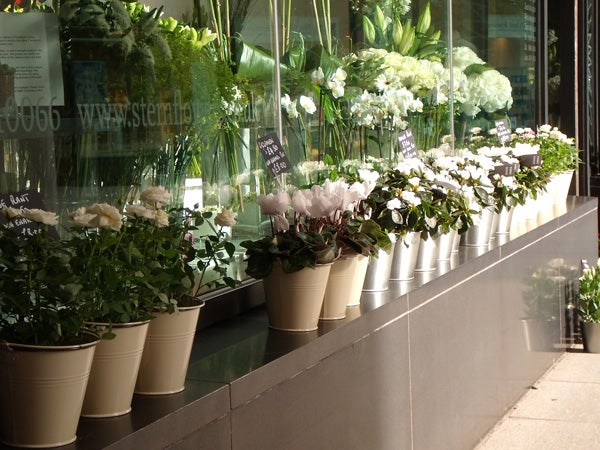 Good shadow detail but some burned-out highlights in this high-contrast shot.