The Garmin Venu 2S showcases the best of what Garmin has to offer, but in a miniature build that sits pleasantly around your wrist without ever being distracting. The long list of premium features include offline Spotify use, fast GPS tracking, and up to 10-day battery life. In addition, the new Fitness Age and Health Snapshot modes ensure that there are very few areas where the Venu 2S will leave you wanting. This isn’t just a marked improvement over the original Garmin Venu; it’s a great example of the reason that Garmin rightly earns its reputation as one of the best manufacturers of fitness-tracking tech.

Launching alongside the Venu 2 is the smaller but no less formidable Garmin Venu 2S – which, despite what conventional wisdom might dictate, is available for the exact same price as its larger sibling.

Even if the Venu 2S is better suited for smaller wrists, the few setbacks that do come with the reduced size prompt the question of whether it’s a worthy alternative to the Venu 2. After weeks of testing, the verdict is in.

Unlike, say, the OnePlus Watch, I’m still of the opinion that the Garmin Venu absolutely nailed its design as a first-generation product. Taking obvious cues from the existing Vivoactive range, while also tightening up with thinner bezels and a cleaner look, the Garmin Venu hit the sweet spot. I say this because the Garmin Venu 2S is almost indistinguishable from the original Venu.

Any additions to the existing design are minor, one of which being a few extra markings around the watch’s bezel to help bring some of the traditional watch faces to life. The big (or should I say small?) selling point of the Venu 2S is its lightweight form, weighing only 38.2g and featuring a 1.10-inch display.

Having come from testing a barrage of heavy-duty watches, including the Coros Vertix and the aforementioned OnePlus Watch, it took me a few days to get used to the Venu 2S. Once I did, though, everything just clicked.

The watch never felt cumbersome through testing, making it a great option for those who want to enjoy the premium fitness-tracking features offered by Garmin without sacrificing comfort in return.

The input system remains unchanged from the Garmin Venu, with two push buttons flanking the right side, in addition to touchscreen control. Even with a smaller display, the returning OLED technology remains a joy to look at, and it’s what separates the Venu 2S from the more dull displays that have given fitness trackers a bad reputation. Watch faces jump out of the screen, and colours across the UI feel vibrant and engaging.

One of my favourite features of the Garmin ecosystem is the ability to download songs from Spotify and listen to them offline directly from a wearable device. It’s the reason that the Garmin Venu has remained steadfast in my smartwatch collection, only to be replaced now by the Garmin Venu 2S.

Even now, having the option of leaving your phone at home without sacrificing your favourite running playlist still feels like a dream come true. A phone can be such a cumbersome device to have on you while you’re trying to stay focused, and so if you appreciate the impact that a good set of tunes can have on your performance, then I can highly recommend investing in the Garmin Venu 2S.

The experience here has also been vastly improved: the playback function responds far more quickly to inputs, as does the rest of the Garmin UI. One issue with the Garmin Venu that became more glaring over time was the general sluggishness of the UI, at times feeling like a wearable version of Windows 98.

What didn’t help this perception was the design behind the UI, which felt clunky and out of date. By comparison, the updated interface really puts the AMOLED screen through its paces, throwing out bright colours and icons that just feel a lot more interesting to look at. I’m sure any comparisons to the more colourful Windows XP will feel immediately antiquated, but there’s a reason that OS is remembered so fondly.

What hasn’t aged well is Garmin Pay. The lack of support from major banks has long been a problem for Garmin’s proprietary payment system, and nothing appears to have changed over the years. Until this gets fixed, the Garmin Venu 2S (and any future Venu devices) can’t fully compete against some of the best smartwatches out there.

Where the Venu 2S does excel is in its GPS capabilities. Like its predecessor, the Venu 2S can track your location independently of a smartphone, but the updated internals ensure that establishing a GPS connection is now a much faster affair. In testing, I was able to crack on with a GPS-tracked run in no less than 10 seconds (some days were a tad slower, but never longer than 20 seconds).

Having spent a great deal of time recently testing Coros watches almost back-to-back, returning to the Garmin ecosystem has felt more rewarding than ever. Don’t get me wrong – the stats-heavy approach offered by the Coros Pace 2 can be of huge benefit to serious and amateur athletes alike. However, for anyone who doesn’t have an enthusiast-level understanding of fitness, the Garmin Connect app can feel like a more welcoming experience.

Diving into the app, all of your key stats – including your most recent workout, current heart rate, step count and more – are easily visible right from the get-go. To make things even simpler, the Garmin Venu 2S introduces two new fitness-tracking features to the equation: Health Snapshot and Fitness Age.

Fitness Age is fairly self-explanatory: it analyses all of your most recent data to see how fit you are in relation to your age group. I won’t reveal my number, but I will say that it was cause for a mini celebratory dance. Health Snapshot, on the other hand, is one of those ingenious features that left me wondering why no other company has thought to nab it, since it uses all of the sensors on the Venu 2S simultaneously to give you a near-immediate overview of your health in that moment.

If you’re in a rush, Health Snapshot will let you see your current heart rate, respiration rate, stress and blood oxygen levels, all of which are incredibly important. This is particularly true if you’re undergoing long, high-intensity workouts and want to better understand your body’s limits.

And rest assured, the quality of the data here isn’t a concern: the Garmin Venu 2S has one of the most accurate heart rate sensors I’ve come across on a wearable. For instance, during an outdoor run, a dedicated heart rate strap picked up an average heart rate of 165BPM and a peak of 190BPM, while the Venu 2S threw back an almost spot-on report of 166BPM and 191BPM respectively. Sure, there’s a minor discrepancy there, but it just goes to show how much the technology has improved over the years for the fact that a wrist-worn sensor can pick up almost the same results as a chest-worn strap.

The original Garmin Venu offered a respectable battery life of up to five days, which was fine at the time of its release, but it’s since been bested by the majority of premium fitness trackers including the Fitbit Sense. Garmin has clearly been paying attention to these battery gains, since the Venu 2 and Venu 2S represent a major leap forward in longevity. Unfortunately, it also highlights the key discrepancy between these two successors that could influence which one you decide to go for.

According to Garmin, the Venu 2 can last for up to 11 days in smartwatch mode, but since the Venu 2S has a smaller chassis and therefore a smaller battery, it can only go on for 10 days.

In real-world testing, my experience fell ever so slightly short of these claims, as a nine-day stint with eight workouts tracked (including GPS and music usage) brought the Venu 2S down to 7% – at which point it definitely needing charging to get through the night.

This is impressive, nonetheless, and is a marked improvement over the original Venu. However, what might sway buyers is Garmin’s claim that the Venu 2 can operate for 22 hours in GPS mode, while Venu 2S users have to make do with 19 hours.

Depending on the length of your race, this could make all the difference – but for casual and amateur athletes, I reckon the Venu 2S will be more than enough. 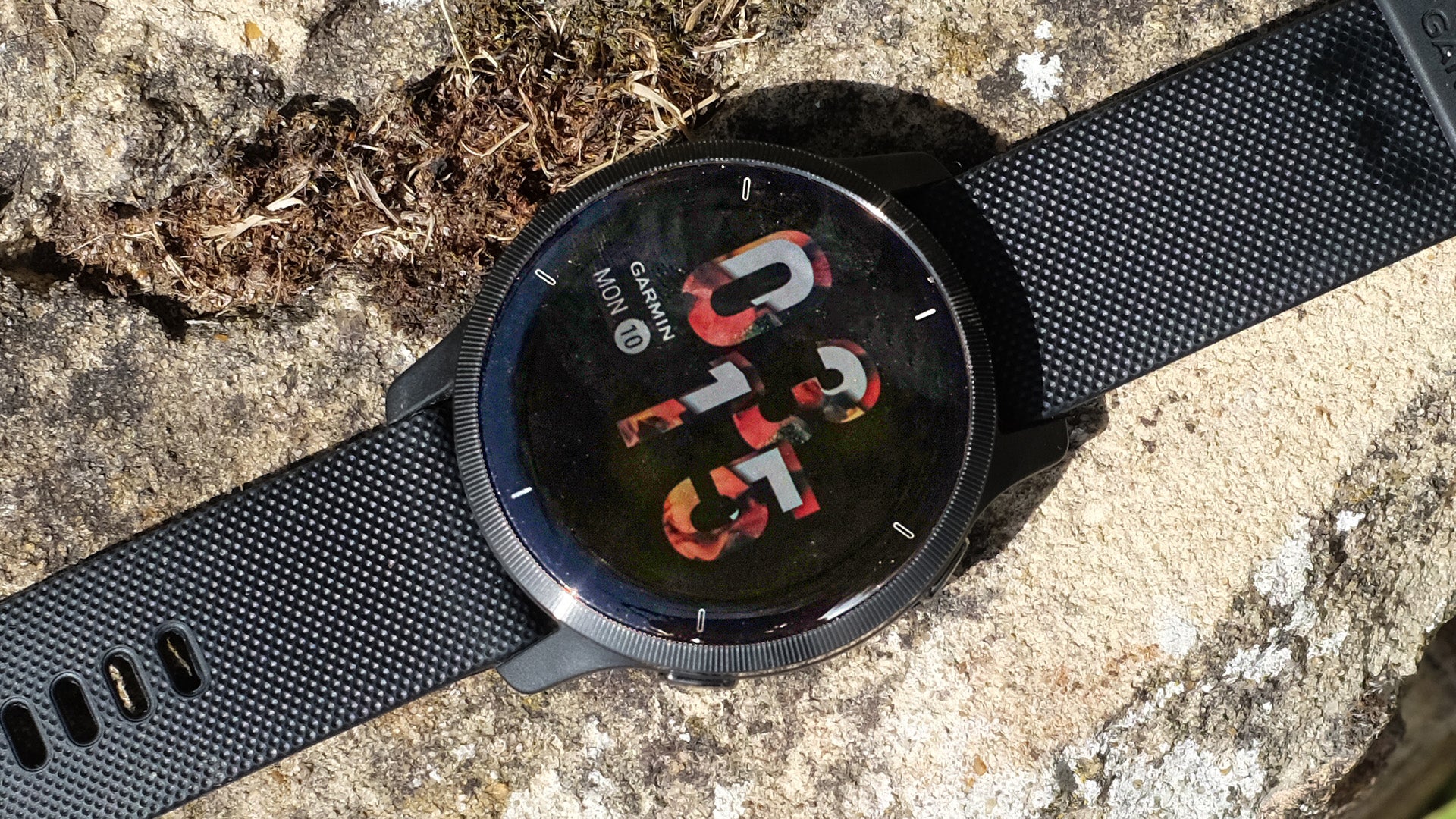 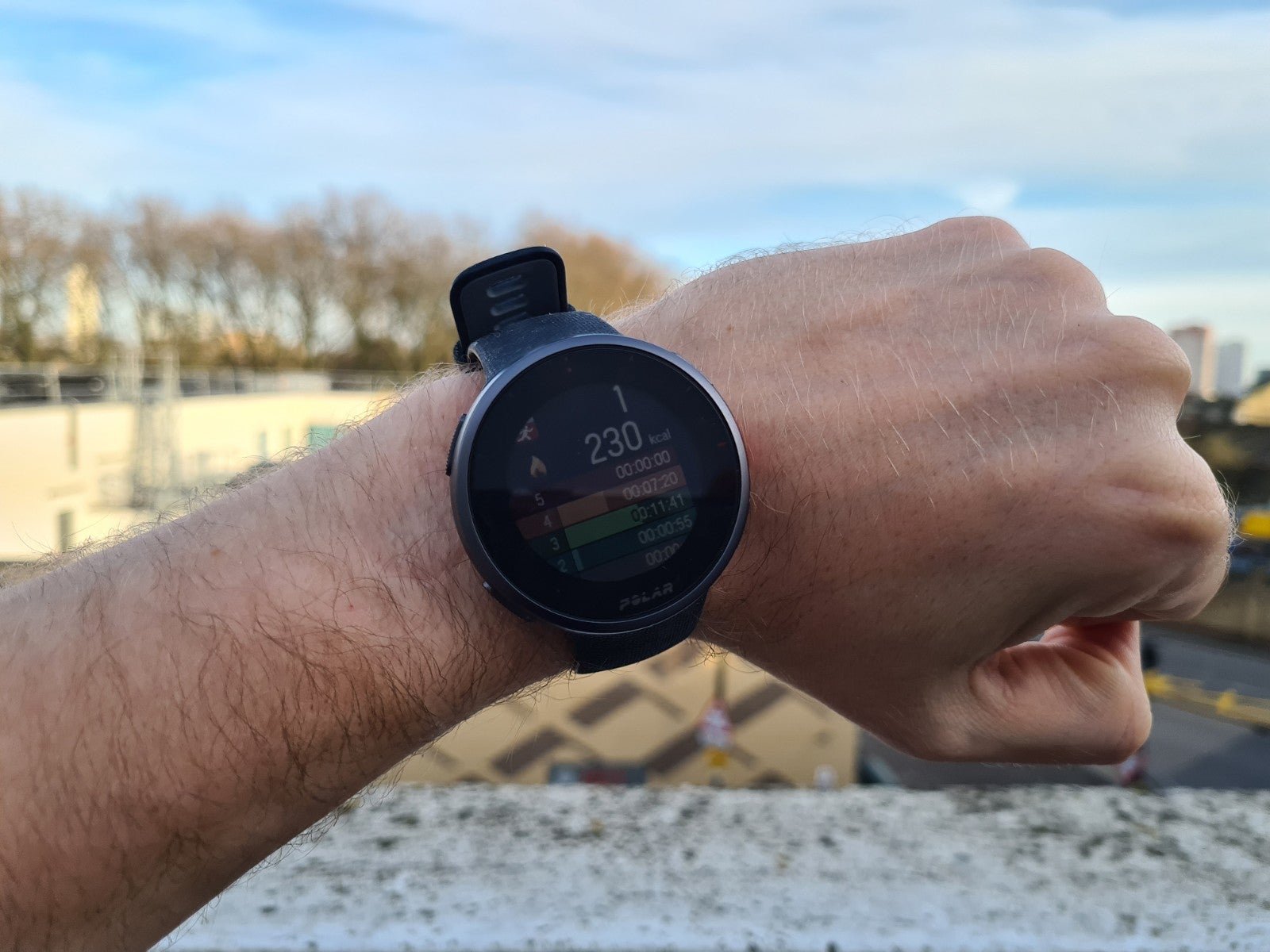 You want a solid all-round wearable The Venu 2S is one of the most fully fledged fitness trackers I’ve ever had the pleasure of testing, and if you’re looking for a competent lightweight watch then this should be your go-to.

You’re a hardcore athlete With the high standards set by the likes of Gamin itself with the Fenix series and Coros’ adventure watches, there are wearables out there with longer battery life and more detailed data that will better appeal to thrill-seekers and pro athletes.

The original Garmin Venu has been my go-to fitness tracker for years now, but it’s time to swap it out for the Garmin Venu 2S.

Between the long battery life, offline Spotify use and easy-to-understand Garmin Connect app, the Venu 2S gives me everything I need to reach my fitness goals and better understand where I can improve at any time.

The device isn’t so robust to poach pro athletes away from the Garmin Fenix 6 Pro Solar, but it does everything else so well that it’s just very easy to recommend to the average runner, gym-goer or fitness enthusiast.

What’s the difference between the Garmin Venu 2 and Venu 2S?

The Venu 2S is smaller than the Venu 2 and better suited for smaller wrists.

Does the Garmin Venu 2S use Wear OS?

No, the Garmin Venu 2S makes use of Garmin’s own proprietary operating system.