While I was travelling around the world a few years back, I picked myself up a great little device called the Speed & Distance watch from Timex. What this box of tricks consisted of was a Timex digital watch and a Garmin GPS receiver that strapped around your upper arm. The upshot was that the GPS receiver transmitted your ever changing location to the watch, which then calculated your speed, distance and pace for you. Although I loved my Speed & Distance watch, it wasn’t the most elegant of solutions, and the AAA batteries in the receiver didn’t last too long. 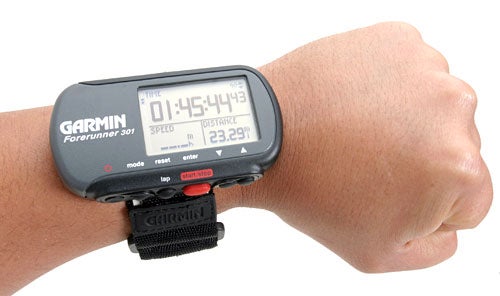 
Obviously squeezing so much functionality into one device is going to make it quite bulky and it has to be said that the Forerunner does “stand out” when you’re wearing it on your wrist. That said, it’s reasonably light and doesn’t seem to get in the way too much, even when you’re cycling and wearing gloves. 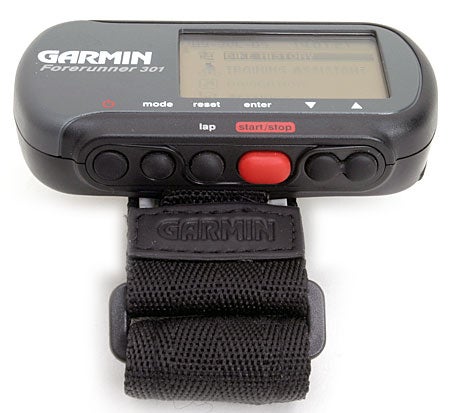 The front of the Forerunner is dominated by the large screen. The beauty of having such a large screen is that it’s easy to read it at a glance, even when you’re running or cycling. One of the problems with my Speed & Distance watch was that it wasn’t that easy to read on the move. The default screen shows your stopwatch, speed and distance – pretty much everything you need to know in the midst of a training session. At the very top of the display you’ll see your current heart rate, assuming you’re wearing the heart rate band of course.


Along the bottom edge are six buttons that control all the functionality of the Forerunner. At the far left is the power button, which is pretty self explanatory. Next along is the Mode button which takes you into a series of sub-menus for configuring the Forerunner to your personal needs. Next up is the lap/reset button, while the big red start/stop button is to the right of this. The last two buttons are up and down arrows for navigating the menus.

The other half of the equation is the heart rate band, which straps across your chest, picks up your heart beat and transmits it to the Forerunner. The band comes with an adjustable elastic strap that should be able to fit just about anyone. After a little fiddling I was able to get the strap adjusted to the right length, but I have to say that this heart rate band isn’t as comfortable as the one with my Polar heart rate monitor. However, one big advantage that the Garmin band has is the user accessible battery compartment, whereas I have to send my Polar band back to the company for a battery change.


The Forerunner will charge over USB from your PC, but it also comes with a power supply with a mini-USB port at the end – the cool thing about this is that it should charge pretty much anything that charges over USB. 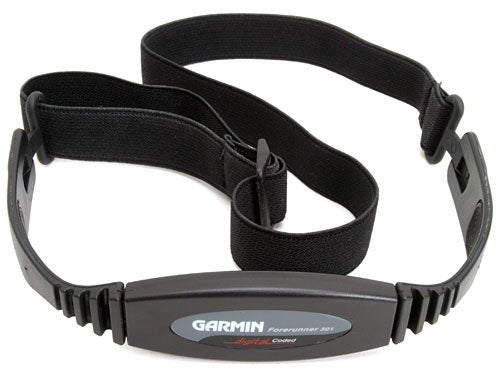 I used the Forerunner in a number of situations, while running, hiking, mountain biking and road cycling. I even used it while riding part of Stage 10 of this year’s Tour de France, and despite the fact that I almost died after the 22km climb to Courchevel, the Forerunner performed flawlessly. However, that climb highlighted one of the problems with using GPS to measure distance. It seems that the satellites track how far you travel across the surface of the earth, but not how far you travel up and down it. Therefore, if you do some serious climbing, or even descending, you won’t get a true measure of your distance. This is strange, since most GPS devices can give you an elevation reading, the Forerunner included, but this is an issue that I’ve seen with pretty much all GPS distance measuring. If I compare any GPS distance reading to the computer on my road bike, the former will always read slightly less than the latter. To be fair though, I didn’t notice the Forerunner being out by too much, except in extreme circumstances like the Alps. 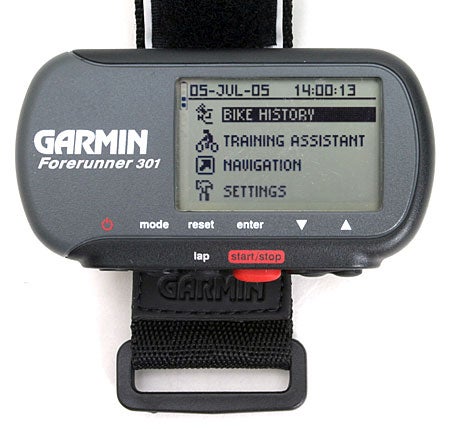 In the mode menu you’ll find that there are dedicated settings for both running and cycling, although you can choose “other” if your interest lies elsewhere. There’s a multitude of training aids at your disposal, from creating a “virtual partner” to help push you down the road, to setting target heart rate zones to ensure that you’re exercising at exactly the right level – the Forerunner will sound an alarm whenever your heart rate drops below or rises above your set zone.

You can also set the Forerunner to auto start/stop so that when you stop to take a break, or stop for some traffic lights, it will automatically stop the watch, and then set it going once you start moving again.


You can even download all your training data to your PC where the bundled Training Center software will let you log and analyse all your data and help you create the perfect training system. 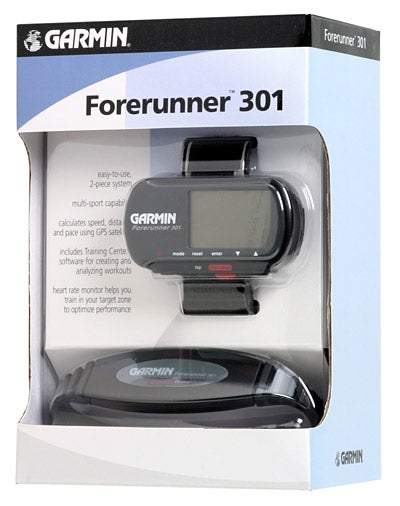 Of course the Forerunner is waterproof, so you could also use it while swimming or kayaking, making it an attractive proposition for triathletes. The Forerunner is rated for submersion in up to one metre of water for up to 30 minutes – so you’re not going to go diving with it, but then that’s not what it’s for.


As far as battery life goes, you’ll get around 14 hours use from a full charge, which means that you can use it for a few sessions before you need to charge up – unless you’re in the habit of entering iron man contests.


But Garmin hasn’t forgotten its roots (or should that be routes) and the Forerunner also has basic navigation tools, so you can plot routes, set waypoints and even find your way home if you get lost. 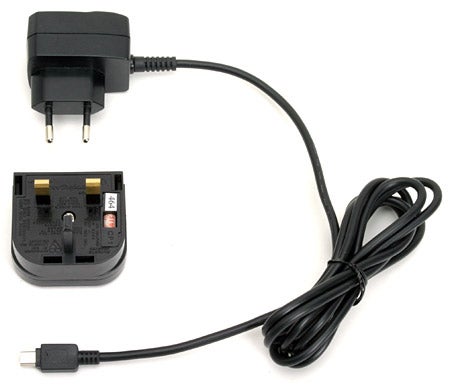 Unsurprisingly, the Forerunner doesn’t come cheap, but then nothing comes cheap if you’re serious about sports. At £222 the Forerunner looks pricey, but you need to consider that a decent pair of running shoes will set you back around £130, and I’m not even going to go into how much I spent on my mountain bike. So, in the great scheme of things, the cost is pretty low compared to the other equipment that the target buyer is likely to splash out on.


The Forerunner 301 shows GPS technology being used for something other than getting from A – B, while the integration with the heart rate monitor is very slick. If you’re a sportsperson and want to make the most of your training sessions and gauge your improvements, the Forerunner is a powerful tool.


Garmin has put its GPS expertise to good use with the Forerunner 301. This is a great little unit that rolls, speed, distance, stopwatch and heart rate functionality into one well integrated package. If you want to be able to judge your performance no matter what activity you’re doing, this little box of tricks is invaluable. In fact, if it wasn’t for the slight accuracy issue with distance over elevation, the Forerunner would have scored a perfect 10, but it’s still more than worthy of recommendation.