Just as the exercise-tracking facilities are designed for enthusiastic runners, cyclists and generally active people, the Garmin Fenix 3’s smartwatch capabilities aren’t quite as good as those of an Android Wear watch, Pebble Time or Apple Watch.

The feature I’ve appreciated most is notifications. The Garmin Fenix 3 taps into the standard Android/iOS notifications stream, letting you read short messages and see the headlines of emails.

It’s a good way to see who is prodding you and whether you need to take your phone out of a pocket. With notifications dismissed once they’re read, however, it isn’t a way to look through the day’s communications after the fact.

I’ve also experienced some flakiness with the connection between phone and watch. At times the Fenix 3 disconnects, meaning those notifications just stop rolling in. However, getting to the root of the problem isn’t easy, plus it seems to vary between one phone and another. 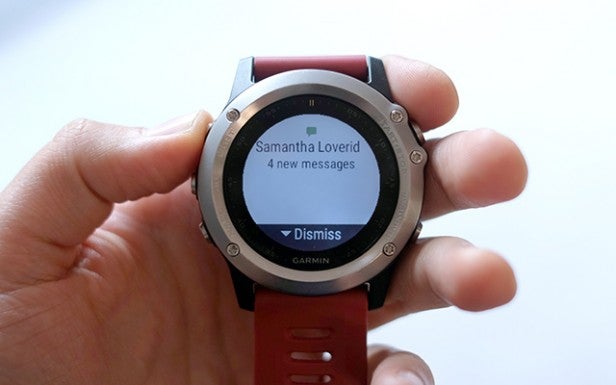 With the Motorola Moto X Play, the connection was solid, but it disconnected a few times with the Samsung Galaxy S6 Edge+. I’ve had more issues with the Fenix 3’s connection than with any of the more “lifestyle-y” watches I’ve tested.

However, when the Blueooth hooks in, notifications come through fast, and are easy to read on the large, clear display. Formatting could be better at times, though, not quite taking enough consideration of the round screen. 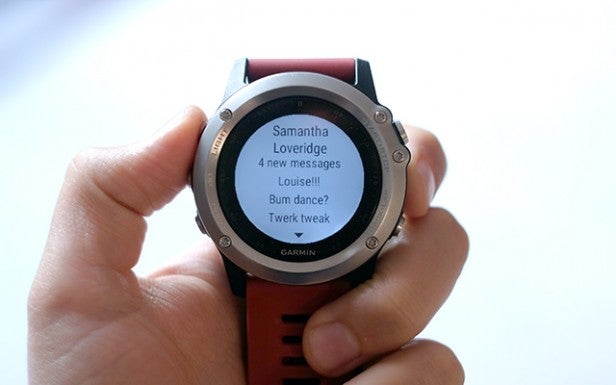 The other big built-in smartwatch feature is the Calendar, which syncs with your Google calendar over Bluetooth or Wi-Fi. This is accessed by pressing “up” twice from the watch face: Not as immediate as the steps counter page, but still pretty simple.

The little mini-apps that sit on the screen above and below the watch face are the Fenix 3’s widgets. Within the Garmin Connect app it’s possible to re-order them and install more. Neat preinstalled ones include music control, and a widget that controls the Garmin VIRB action camera. 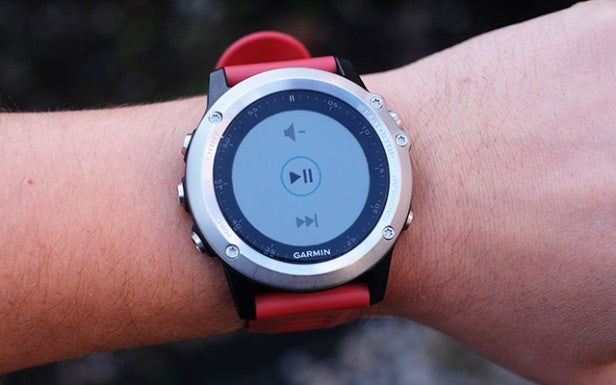 There are many other apps to download too, such as multi-time zone watches, weather reports, your elevation and even a couple of games. As of the time of writing, there were around 50: Fewer than you might expect if you’re used to the sort of numbers involved in other smartphone/watch platforms.

Without wanting to confuse, these aren’t the Fenix 3’s proper apps. Those appear in the activities menu.  So what’s the difference? Not a great deal really, except that the full-on apps generally offer more interactivity, plus there isn’t much overlap between apps and widgets in terms of content.

Given that the Fenix 3 has Wi-Fi, it seems a shame that there’s no email client for it. I wouldn’t buy the watch under the assumption that more involved apps such as this are sure to appear. 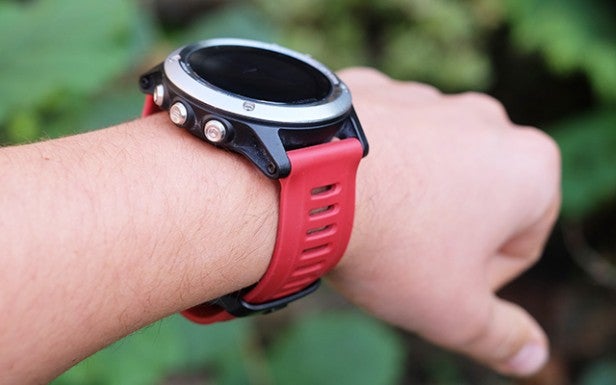 Should I buy the Garmin Fenix 3?

The Garmin Fenix 3 is an excellent watch for exercise obsessives. It’s big, tough, with excellent battery life whether you’re using it as a watch or tracking a marathon. While it may seem expensive, compare it to an Apple Watch and suddenly it seems much better value.

An an all-round package this is absolutely one of the best sports watches on the market. However, a big part of that comes down to the great UI, and the reasonably strong ecosystem in the shape of the Connect IQ store.

Garmin’s sport watches have earned their position as virtually the “default” choice. But if choosing from the company’s top models, is the Fenix 3 the right choice?

If you’re after a smaller watch then the Vivoactive is a terrific solution, offering arguably better value, plus support for golf course mapping. It won’t last as long, however, and its UI may prove a little confusing at the start.

What about the Forerunner 920XT and Epix? Neither feel quite as hardy as the Fenix 3, and both present a less distinctive style.

The Forerunner 920XT has fewer activities, but is a little cheaper too. The Epix is the only choice if you want to see proper mapping info, such as an in-car GPS system.

It’s enough to make you wonder why Garmin can’t just make the one killer model that does everything.

An excellent watch for hardcore runners. Its minor niggles are offset by its great interface, battery life and software.