What is the Garmin DriveSmart 61 LMT-D Europe?

The DriveSmart 61 LMT-D Europe replaces the DriveSmart 60LMT-D that Garmin released about a year ago. The new device sees an increase in screen size, from 6 to 7 inches (6.95-inch, to be exact), delivering an even bigger satnav for your money.

However, like the latest models from TomTom, one of the key new features is the addition of Wi-Fi, so you can download maps and other updates without the need for a computer.

In addition, the car power adapter is on a captured cable, so you can’t use a USB connection or attach anything else to the lighter socket at the same time. The captured cable is a necessity, though, because the DAB radio receiver for the traffic service – of which more later – is housed within the plug. 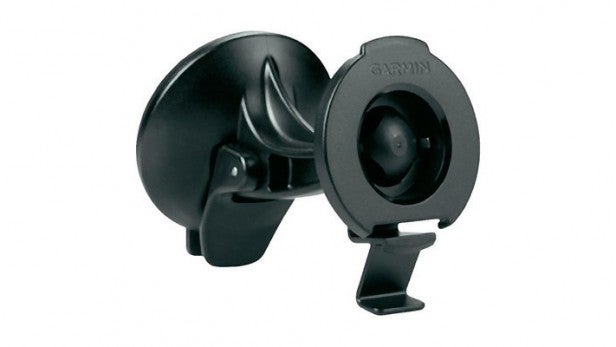 As the name suggests, this model comes with European maps, and these are supplied with lifetime updates. There’s also a lifetime subscription to Garmin’s Digital Traffic service, which is delivered via DAB radio, rather than the mobile data connection used by TomTom’s equivalent.

The DriveSmart 61 sample I was sent in for review came with maps for the whole of Europe, not just the Western nations. This includes complete coverage of most countries in Eastern Europe, with only Belarus and Moldova partially covered. Russia isn’t part of the package, however – apart from Crimea, which obviously was part of Ukraine until recently.

Garmin hasn’t made any changes to the menu structure for this new model. You get the same main screen with ‘Where To?’ and ‘View Map’ as your primary options, with smaller icons beneath for accessing Apps and Settings. Where TomTom has taken a ‘less is more’ approach in the past few generations, Garmin continues to supply a vast range of added functionality via its apps. 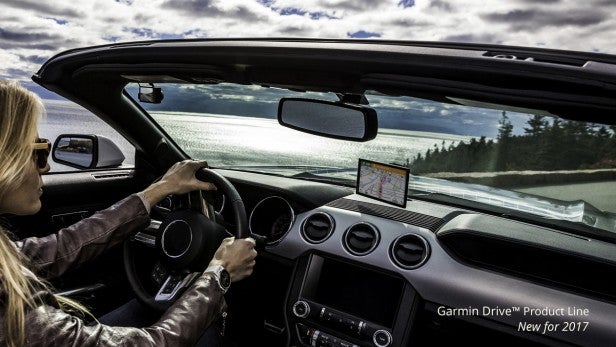 For example, there are TripAdvisor reviews and Foursquare points of interest, although some functionality requires Smartphone Link (described below). These are also available as options when you search for a destination via ‘Where To?’ Otherwise, the location search is unified, so a single word will bring up addresses and points of interest. This is now standard for most mainstream satnavs.

You can also set up a Home location, a list of Favourites, and browse your History of recent destinations. The traditional address method of destination discovery is available, too, or you can search points of interest categories. A Trip Planner lets you create journeys with multiple waypoints. By default, the Parking points of interest category is part of the menu, but you can add your own favourite categories too. If you’re worried about accessing a satnav with your fingers while driving, this model offers Garmin’s excellent voice-control system built in. 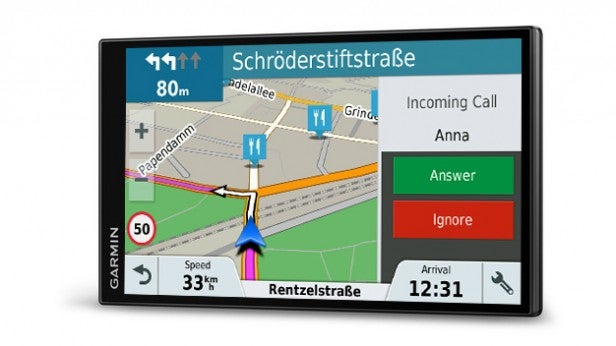 The navigation experience hasn’t changed since the past few models, although the large 7-inch screen with a class-leading 1024 x 600 pixels makes everything very clear. Traffic updates and other messages appear in a pane that takes up about a quarter of the right-hand edge of the screen. You can view your current speed on the bottom left, with estimated arrival time on the bottom right. The next turning is detailed in a strip along the top of the screen.

The DriveSmart name of this model indicates that the Driver Alerts added with the last generation of Garmin satnavs are also included here. These warn you of approaching sharp curves, nearby school areas, or if you appear to be driving the wrong way down a one-way street. There are also fatigue warnings for when you’ve been driving continuously for a long time, with suggested rest areas plotted along the route.

The headline new feature here is Wi-Fi. Once you’ve connected to a local WLAN, you can scan for updates and download these directly to the device – no PC needed. However, on my first attempt there were considerable map and system updates to run, and the time required was estimated at 2hrs 45mins. 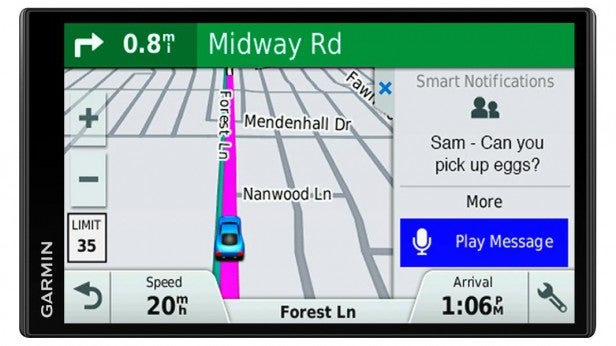 The estimate quickly dropped by an hour, but in the end, it took quite a lot longer than suggested to complete. Garmin claims only a single-hour battery life for this satnav, so you’ll need external power for updates – and it’s recommended even for shorter downloads, just in case. Fortunately, there’s a secondary USB cable in the box that you can use with a phone charger (not included) to keep the unit powered during the updating process.

The DIGITAL Traffic via DAB has been available in Garmin satnavs for a while now, and it’s good. The system is an improvement over RDS-TMC, both in terms of frequency of updates and road coverage detail as well. However, in side-by-side tests against the TomTom competition in the past, the latter has been better. Nevertheless, the Garmin system is still very capable, and will keep you away from the worst jams if at all possible. 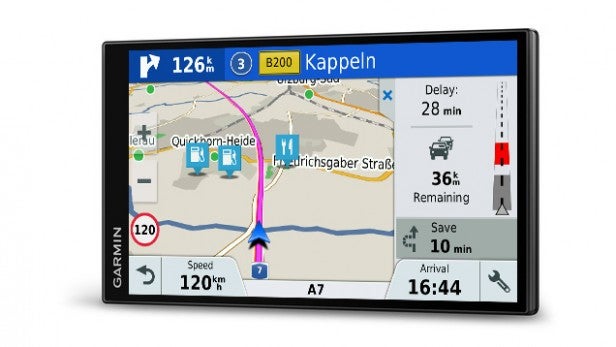 While the traffic updates are fed in via a DAB radio link, there are other Live Services that require a smartphone connection and the Smartphone Link app. For example, you can see a weather report for your current location or towns of your selection. Extra content for Foursquare and TripAdvisor points of interest are downloaded via this route too, and you can access the view from traffic cameras via an extra subscription.

You can even go through a super-complicated process of pairing the satnav to your phone and Smartphone Link, then pairing a Garmin watch that supports Connect IQ apps to the smartphone, once Watch Link has been installed. You can then receive satnav updates on your watch, via your smartphone. It works, but it’s a very convoluted setup.

Should I buy the Garmin DriveSmart 61 LMT-D Europe?

The Garmin DriveSmart 61 LMT-D Europe is a capable premium satnav with tons of features. It’s a little cheaper than its closest competitor from TomTom, the GO 6200, and has a larger screen – although it lacks the latter’s world maps. TomTom continues to wear the crown for traffic services, too, but with the DriveSmart 61 LMT-D Europe, Garmin has the edge when it comes to overall features.

The Garmin DriveSmart 61 Europe LMT-D packs tons of features into a 7-inch sat-nav that isn’t hugely expensive for its size.