What is the Garmin DriveSmart 60LMT-D?

The DriveSmart employs the same mounting system as the Drive. So the mount is separate, but it doesn’t integrate the power connection, which uses mini-USB. It’s quite easy to take the satnav in and out of its mount. The suction cup is also reassuringly large, making a firm and dependable connection with your windscreen.

The power cable has a captured cigarette lighter plug, however, so if you do want to power more than one device in your car then yo’ll need a different cable, or some form of adapter. The latter would be preferable because, as I’ll explain later, the power cable is a requirement for the traffic function to work. 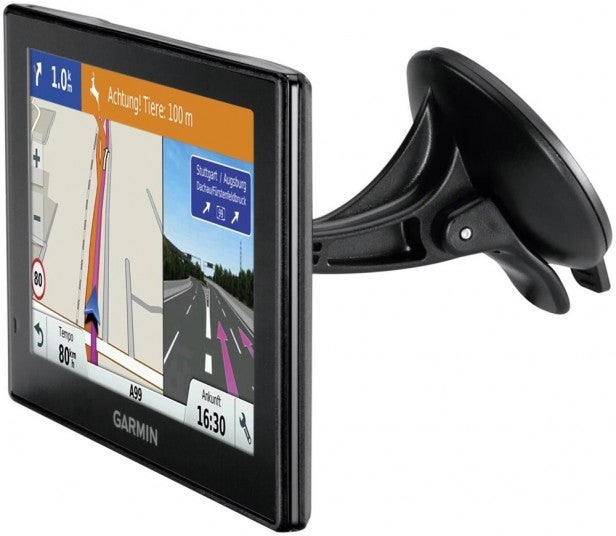 Unlike the previous Drive model I looked at, the DriveSmart comes with maps for the whole of Europe, and traffic. Without the traffic and just Western Europe, you save about £40. The 6-inch version doesn’t appear to be available with only UK maps, but the 5-inch one is – although it can’t be purchased with full European maps. The 7-inch model, on the other hand, only comes with full European maps, just to add to the confusion.

Whichever map option you choose, updates will be available for free for the lifetime of the device. The same lifetime service is included for traffic updates, if you bought a model that features this. So unless you invest in the optional extras available via SmartLink (of which more later), only a safety camera subscription will be required to keep this device useful and current for years.

Like the basic Drive, the DriveSmart doesn’t make any significant changes to its menu system compared to the past few Garmin generations.

The main menu features two large icons for searching for a destination or calling up the map view. There is a keyword system in place to search for a destination, and suggestions from both the address and points of interest (POI) database will be displayed.

A History option shows recent destinations, and you can set up a list of favourites for rapid usage. As well as the traditional POI database, there’s also a Foursquare database included. You can customise the destination search menu to include frequently used categories for rapid use.

The basic navigational map hasn’t changed noticeably from earlier generations, either. The 60LMT-D’s 800 x 480 screen is very clear, and the directions shown are readily visible. If you’ve owned a Garmin satnav before, not much has changed, apart from the Driver Awareness additions now included across the range of new Garmin satnavs.

The DriveSmart includes the same Driver Awareness features as the basic Drive. The Real Directions system provides verbal commands that use landmarks as supplied by Foursquare. So instructions will take the form of “turn left at the church”, or the traffic lights, for example, which is actually quite useful – particularly when it’s difficult to see street names or deduce road numbers.

There are also notifications for when you’re approaching a school, or if the speed limit is changing, or a sharp turn will be on the route soon. You’ll also be told if there’s a railway crossing or one for animals coming up. There’s even a warning if you start driving the wrong way down a one-way street, and a message to take a rest when you’ve been driving for too long.

The DriveSmart adds a number of extra features over the basic Drive model, however. There’s a voice-command system, so you can control the satnav by speaking to it. Garmin’s voice-command system is the best I’ve seen in a satnav: it’s extremely intuitive, and genuinely works. So this is a valuable addition that will help keep your hands on the wheel. 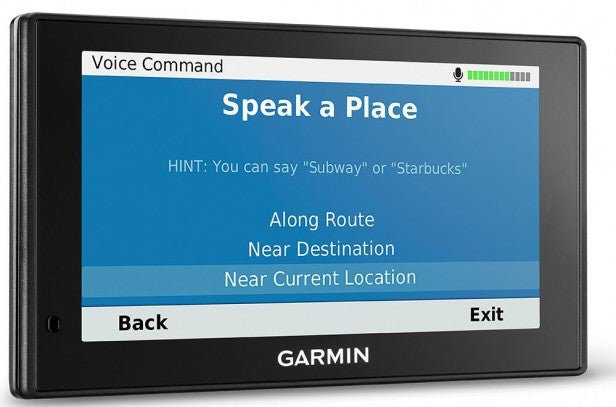 In addition, you can pair your smartphone with the unit’s Bluetooth connection to use it as a hands-free kit. Messages from your phone will also appear on the satnav screen.

Pairing your smartphone also opens up the ability to use the SmartLink app. This allows you to receive weather updates on the satnav screen, and send addresses or Foursquare points of interest (POIs) to the satnav. You can access your phone’s contacts and send addresses from these as destinations too.

You can also purchase additional services via SmartLink, which will then be made available on your satnav. These include Dynamic Parking (£4.49), which will provide cost and availability of nearby parking, although only in Germany and the UK – and not every lot will be included. You can subscribe to safety-camera locations for £14.99, while the photoLive service (£4.49) lets you see live images from traffic cameras, although only in Finland, Norway and Sweden.

You can also send traffic updates to the satnav via SmartLink, via the 3D Live Traffic service (£14.99). However, the biggest additional feature the DriveSmart offers over the Drive, assuming you’ve bought a model that has this, is built-in traffic updates.

These are supplied by DAB radio, and the receiver is in the power cable. So unlike TomTom’s GO 51, the DriveSmart with traffic doesn’t require a connection to your smartphone to operate. But you’ll have to use the supplied captured power cable for this feature to work.

Garmin’s traffic system is a step up from standard RDS-TMC. You can call up a panel on the right of the display to show upcoming traffic events. However, I tested it side-by-side against a TomTom traffic device, and the latter picked up more jams on smaller local roads than Garmin’s version.

However, the Garmin was just as good for major roads, so will steer you clear of a gridlocked M25, but might not keep you away from hold-ups on A roads.

The DriveSmart range also has support for Garmin’s cameras, including the BC 30 Wireless Backup Camera, and the babyCam. There are menu spaces for these devices, and once they’ve been paired, you can call up their video feeds on the satnav’s screen. But  the Drive also has this facility. 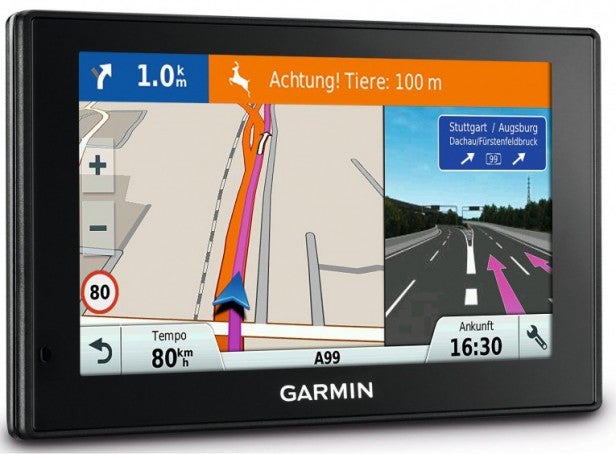 Should I buy the Garmin DriveSmart 60LMT-D?

The Garmin DriveSmart 60LMT-D is an excellent premium satnav. My one caveat is that the DAB-based traffic service isn’t as effective as TomTom’s mobile data-delivered equivalent.

As a result, if you’re a regular rush-hour traveller then the TomTom option would suit you better. Otherwise, the 60LMT-D is packed with features and functionality, and is a great navigation choice.

The Garmin DriveSmart 60LMT-D is a capable satnav, although the built-in traffic isn’t quite as good as TomTom’s.