What is the Garmin Drive 50LM?

The Drive is the entry-level model in Garmin’s latest set of satnavs, with its primary focus on driver awareness. The two other devices in the range include the DriveSmart, which partners with your smartphone to provide extra facilities, and the DriveAssist adding a built-in dashcam. There’s also a DriveLuxe, whose emphasis is on style and design. 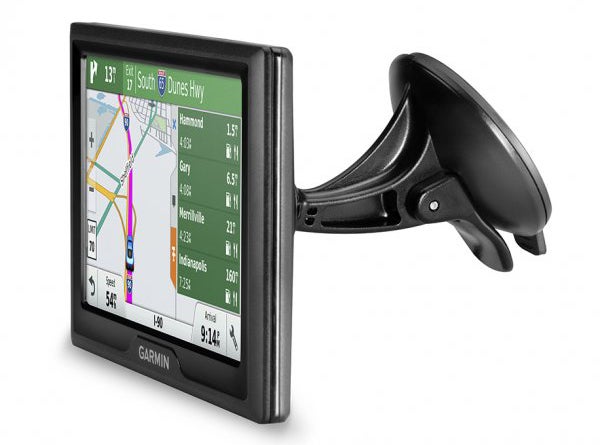 It’s the Drive that we’re focusing on here, and the selection includes the 40LM, which uses a 4.3-inch widescreen, the 5-inch 50LM I was sent for review, and the 6-inch 60LM. All three have almost the same features; it’s mainly the screen sizes and resolutions that differentiate them. The two smaller versions have screens with 480 x 272 pixels, but the 60LM’s larger display is a higher 800 x 600.

Since the Drive is an entry-level satnav, it doesn’t include any fancy magnetic mounting system. But, unlike TomTom’s entry-level GO 51, the mount is still a separate unit. The satnav clips into this easily, but you have to hook up the power separately. Unfortunately, the power connection includes a captured car power adapter, so you won’t be able to use a dual-USB alternative to power multiple devices, unless you supply your own cable too. 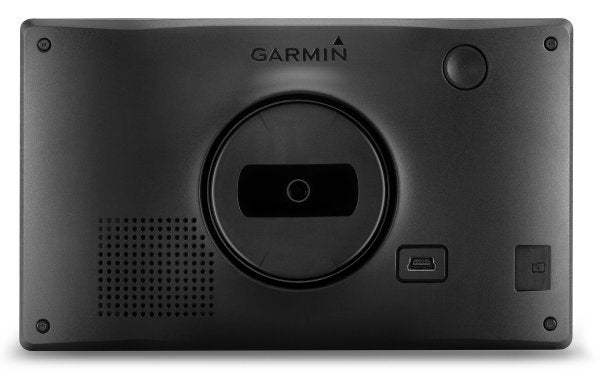 The Drive 50LM I was sent included maps covering only the UK and Republic of Ireland. These come with a lifetime subscription to updates, so will always be the latest versions. The Drive 50LM can also be obtained with European maps for £129.99. Considering the lifetime map updates included, the European version is the better value option if you ever plan a road trip in Europe, since hiring a satnav when on holiday can cost almost £20 per day.

There are few changes to the Drive 50LM’s menu. The main screen provides two large icons for setting up a new destination or just viewing the map, with a row of smaller icons along the bottom for secondary functions. One of these is for installed apps. As standard, these include a database of Points of Interest (POIs) from Foursquare, which provides additional information such as phone numbers alongside addresses.

The preinstalled apps also provide compatibility with car-related Garmin audio-visual add-ons, including the BC 30 wireless backup camera and BabyCam. There’s also a Trip Planner for multi-waypoint journeys, a tracker showing where you’ve been, and a particularly handy function that displays where the device was last disconnected from power. This will usually be where you parked, so will be helpful in locating your car.

There are multiple options for finding a destination. The search bar is keyword based, and operates across the address database, standard POI database, and Foursquare POIs. You can also set up a list of favourites and a Home location. There’s a list of recent destinations, and you can still take the traditional route of searching addresses by city street or POIs by category. The Trip Planner can be found here, too, as well as Foursquare, and you can customise the screen with your own searches. Overall, it’s a pretty intuitive interface.

Like the menu system, the basic navigation map hasn’t change noticeably since the past few generations of Garmin satnavs. The next turn and its street name are shown at the top, with the current speed and estimated arrival time at the bottom. You can choose to show some POI categories on-screen, such as restaurants and petrol stations. But there are some new navigational and driver awareness features. 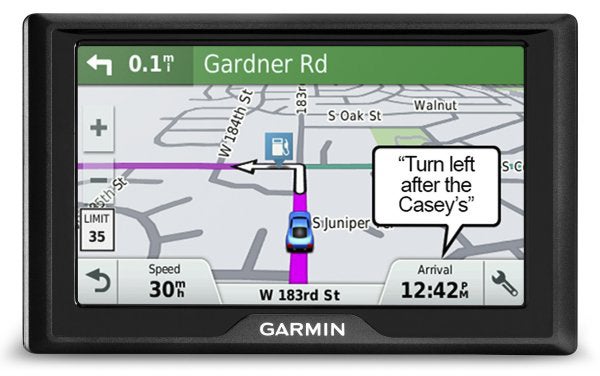 Real Directions promises to “guide you like a friend”. I’ve never been a fan of the 3D buildings that some satnavs display on their screens, in an attempt to help you navigate with real visible landmarks. The feature has always felt like a gimmick and hasn’t proved particularly useful in practice. Real Directions, however, uses descriptions derived from Foursquare to provide spoken turn-by-turn directions that convey instructions using verbal descriptions of recognisable features.

For example, the spoken routing will tell you to “turn right at the church” or the traffic lights. I found this was genuinely helpful, reducing the amount of time I needed to spend looking at the satnav screen. They appear only subtly – even though Garmin claims there are millions of these from Foursquare – but are welcome nonetheless.

The driver awareness functions include notifications of upcoming sharp curves, school zones, speed changes, crossings for railways and animals, and warnings when you’re driving the wrong way down a one-way street. This is expressed as pop-up messages – for example, warning you of nearby children around a school, with a slide-out notification along the top informing you that there’s a school nearby. 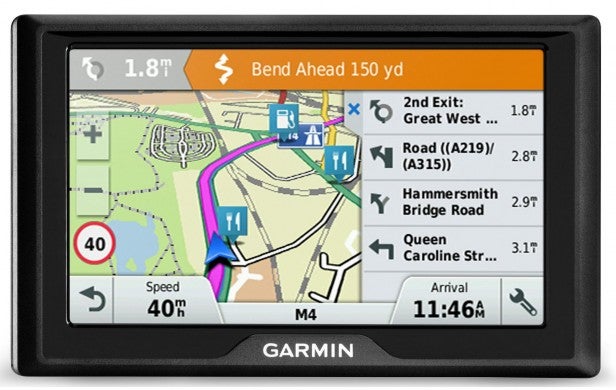 The latter is perhaps a little overzealous, and doesn’t take into account the time of day. You’re unlikely to have kids wandering near a school at midnight on a Saturday, for example. But the speed change and bend warnings could be helpful at any time of day or night. There are also safety camera locations preinstalled, although a subscription will be required to keep this up to date.

The final new addition is a fatigue warning, which pops up after you’ve been driving continually for a certain amount of time. This can also suggest potential rest areas and direct you to them, which is perhaps more useful than the warning itself. The latter doesn’t appear to have any timing adjustment available other than turning it off completely.

Should I buy the Garmin Drive 50LM?

The Garmin Drive 50LM is a very capable entry-level satnav. It’s easy to use and the directions it provides are even clearer than before, with some bonus awareness features to help you stay safe and on track. However, with the 5-inch TomTom GO 51 costing an almost identical £130 as the 50LM with European maps, the nod just goes to TomTom.

This is because the GO 51 also includes TomTom’s excellent Traffic service, which may only be available via a Bluetooth-paired smartphone, but it’s worth enabling on a commute nonetheless. So although the Garmin Drive may be a very accomplished satnav, at this price the option of live traffic updates swings things in favour of TomTom’s entry-level offering.

The Garmin Drive is a capable entry-level satnav, with some natty new verbal direction and driver awareness features, but the TomTom Go51’s live traffic updates makes it the better option at this price.