What is the Garmin Dash Cam 55?

The Dash Cam 55 is a compact dashboard camera from Garmin. Since such devices tend to be left in the car all the time, the smaller they are, the better. The Dash Cam 55 is more diminutive than a GoPro, yet it shoots 1,440p and has Wi-Fi built in. Does this compact camera punch above its 59.5g weight?

The Dash Cam 55 measures just W56.2 x D35.3 x H40.5mm, although the lens sticks out quite a lot from the body of the unit, almost doubling the depth. Inside is a CMOS of unspecified dimensions that boasts 3.7 megapixels. The top resolution goes well beyond Full HD to 1440p, offering 2560 x 1440 pixels at 30 frames per second, which is also known as 2.5K. This takes the full complement of CMOS pixels.

It’s also possible to record Full HD (1920 x 1080) at 60 frames per second or 30 frames per second with or without HDR. There’s 720p at 30 frames per second as well, if you want to conserve storage space. Video is recorded to microSD, with an 8GB module pre-installed. At the top 1440p resolution, the data rate is 19Mbits/sec, so the 8GB card will be enough for 56 minutes of footage before looping begins.

Garmin has erred on the side of discretion with its mounting system. The windscreen mount is even smaller – relative to other dash cam mounts – than the camera itself. It’s too small for a suction cup to be effective, so an adhesive pad is used instead. There’s a second pad included in the box in case you get the positioning wrong, or need to move the camera. 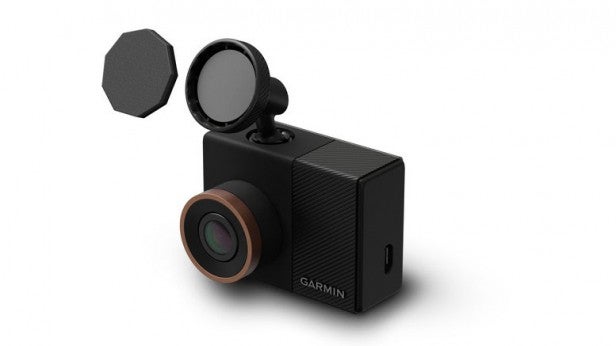 At first, this seems like a hindrance because there’s no obvious quick-release on the dash cam itself. However, the adhesive pad is magnetically attached to the mount, so the unit can easily be removed with the mount if you don’t want to leave it in the car when the device isn’t in use. This is a very neat and convenient system.

The usual extremely long cable is supplied for attaching to power in your car, although the adapter at the end is fixed so you’ll need to find an alternative method if you want to power a satnav or phone at the same time. A second USB cable is supplied in the box for hooking up to a computer, after which you can use the Garmin Express software to install updates.

When you first turn on the camera, there are a few more stages to set up than usual with dash cams. You’re asked whether the camera is placed left, right or centrally on the screen, and you can also choose whether you are fixing the camera in a regular-sized car or a taller vehicle such as a van or lorry. You’re not asked to set the date and time, however, because this will be obtained from the GPS signal. 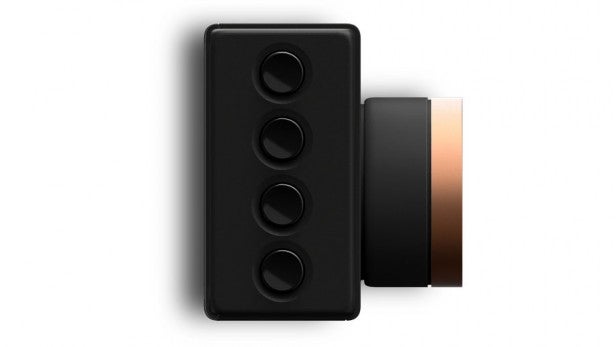 Once you’re through setup, the menu is controlled via four buttons on the side of the device, with indications of what they do on the rear, although much of the rear of the device is taken up by the 2-inch LCD screen. The menu is simple to operate, with icons for the main functions, and then text-based options once you drill into the sections.

The device can also be controlled via voice. You can simply say “Okay Garmin” and then either save a video to the non-looped folder, take a picture, record audio, or turn on Travelapse – of which more later. As with other voice-controlled Garmin devices, the Dash Cam 55’s system works very well, so long as the background isn’t too noisy. 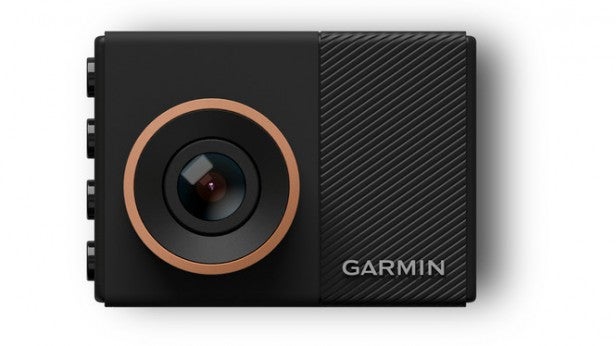 The Dash Cam 55 also feature built-in Wi-Fi, which works in tandem with the VIRB mobile app that’s also used with Garmin’s action cameras such as the VIRB Ultra 30. Working out how to do this requires a flick-through of the manual, however, since turning on Wi-Fi is performed via the Share section in the Gallery menu, rather than having its own separate entry.

As this slightly convoluted method implies, the VIRB app is only used to browse recordings and images on the Dash Cam 55, and to transfer these to your phone. Unlike most smartphone apps for dash cams, there’s no control available over settings and no streaming preview of the video with ability to toggle recording, which is a bit of an omission in an otherwise feature-rich device. But at least the device’s own menu us easy to use.

The Dash Cam 55 includes quite a host of additional safety features. There’s a GPS receiver built in, so it can capture location along with video. A G-sensor detects incidents, which will save video to a different location so that it isn’t overwritten as the video recordings loop once the storage is full.

There’s a Forward Collision Warning System, which detects if you’re coming up too close to the car in front. This has three sensitivity settings. The Lane Departure Warning System lets you know if you’re straying out of your lane on a motorway. When you’re stationary, Go Alert will notify you when the car in front has started moving, in case you’ve become bored and stopped concentrating. 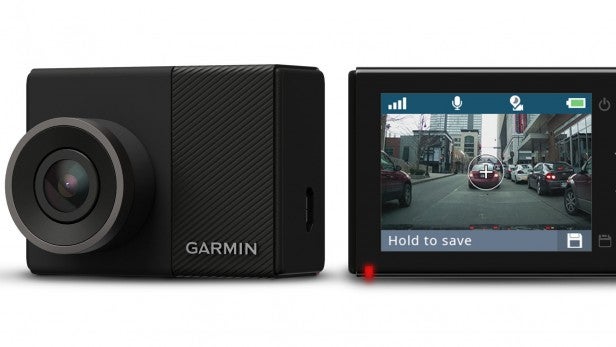 The Dash Cam 55 can also provide warnings of approaching red lights and speed cameras, but there’s only a sampler included in the box. You’ll need to buy a Cyclops subscription online and then use the Garmin Express software to transfer this to the dash cam. The UK and Ireland database subscription costs £16.99, as do most single countries, while a single year of full European updates is £24.99.

A novel feature that I haven’t seen on other dash cams is Travelapse. This works in parallel with the regular safety features, grabbing still images at a fixed interval as you travel and stitching these into a movie that will play like a fast-forward of your journey. This isn’t exactly a safety feature, but it’s a fun option to have. For example, you could put this alongside conventional camcorder footage from a driving holiday to add another dimension to a video of your trip.

Garmin’s action cameras have impressed us quite a lot over the years, but the company’s dash cams such as the Dash Cam 35 have been merely good. The Dash Cam 55, however, produces excellent footage, with plenty of detail. During my testing, it was very sunny, which caused some issues with windscreen glare. But it was still easy to make out text at a reasonable distance and when the car passed through shadier areas the quality was up there with the best dash cams I’ve tested.

You can view a sample of footage from the Garmin Dash Cam 55 here.

You can view a sample of Travelapse footage from the Garmin Dash Cam 55 here.

Should I buy the Garmin Dash Cam 55?

The Garmin Dash Cam 55 is on the more expensive end of the scale for dash cams, but it’s worth the money. The 1,440p video footage is extremely sharp, and there are plenty of additional safety features to sweeten the deal. The slick magnetic mount and Travelapse option further help this product rise above the competition. The lack of complete control via Wi-Fi is the one significant chink in its armour, but otherwise this is a very capable dash cam.

The Garmin Dash Cam 55 is a little on the pricey side, but it’s a tiny and very capable dash cam.