What is the Garmin Dash Cam 20?

The Dash Cam 20 is the top of Garmin’s new range of camcorders aimed at recording your car journeys for safety purposes. Garmin has been branching out from its traditional GPS fare in the last couple of years, although its range has generally been more diverse than its competitors. Following on in the footsteps of the VIRB, the Dash Cam provides GPS-enabled video recording, but this time for a more serious purpose. 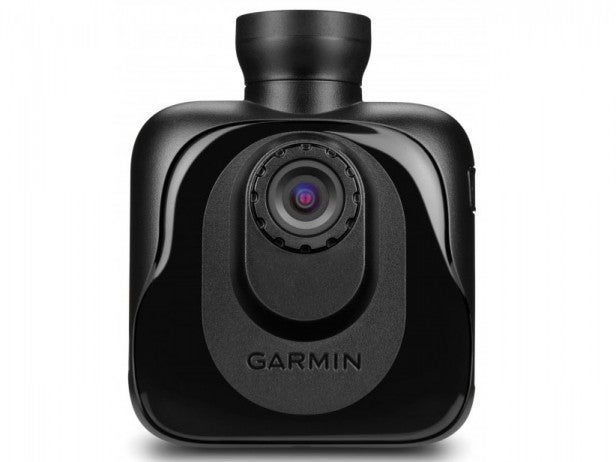 The Garmin Dash Cam looks considerably like Mio’s MiVue 388 Drive Recorder, and has broadly similar specifications. The LCD screen on the back is 2.3-inch, where the Mio’s is 2.4-inch, and there are multiple models with slightly different capabilities, although in Garmin’s case just two options are available rather than three. Both models can shoot in 1080p, 720p or WVGA, but the Dash Cam 20 contains a built-in GPS, whilst the Dash Cam 10 only offers a G-force sensor.

The Dash Cam is slightly misnamed, because like the MiVue it is not designed to be installed on your dashboard, but rather to hang from the top edge of your windscreen. It comes with a similar suction mount to Garmin’s sat-navs, with a car power connector that attaches to the Dash Cam via mini USB, although if you want to run a sat-nav at the same time you will need a dual-socket adapter for your car. 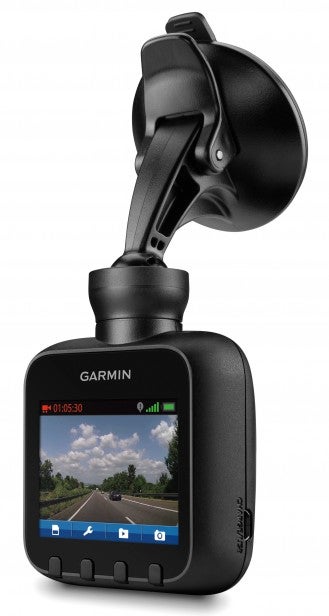 There’s a power button on the left, alongside the Micro SD socket, with a 4GB module supplied in the box. The maximum video quality is 1,920 x 1,080 at 30 frames per second, with a fairly decent 9Mbits/sec data rate. So the supplied memory will be enough for about an hour of footage. Video is captured in AVI format, using MPEG 4 AVC / H.264 encoding, providing a relatively artefact-free image.

Video is not captured as one big file, however. Instead, smaller 255MB files are created, and then when the media has been completely filled, the oldest files are overwritten. In this way, recording remains continuous. When an incident occurs, you can stop recording and save the audiovisual record of what transpired, ready to be used as evidence for any kind of claim or counter-claim that might be necessary.

Alongside the video, the Dash Cam 20 uses its built-in GPS receiver to provide date, time, location and speed information for the recording in question. This is permanently superimposed in the left-hand corner of the video, giving it a reasonably tamper-proof legal status. The AVI files can be imported into any software that supports the format.

There’s also a G-sensor to provide incident-based detection. This picks up any sharp changes in direction as are likely to occur in a collision. The files containing an incident are marked as protected and won’t be overwritten as the Dash Cam recycles space. The Dash Cam 10 provides this facility without the GPS location recording.

By default, the Dash Cam will begin recording automatically when turned on. This makes it supremely easy to use straight out of the box. You can just install it in your car, and the device will simply start recording as soon as the car ignition is turned and the cigarette lighter power socket receives power.