Available on Xbox One, Xbox 360, PS3, PS4 (reviewed), iOS, PC
Episode 2 of Telltale’s Game of Thrones adaptation should have been the one where you feel everything steadily slotting into place, with the characters and themes established, the gameplay developing and the game’s multi-stranded storyline beginning to knit together. Instead, it’s a frustrating mix of the great, the good and the downright weak, which leaves you feeling that, while Game of Thrones is good enough to keep your interest, it’s got a long way to go before it’s as good as The Walking Dead.

In this series, even more than other Telltale series, the story is the single most important thing about the game, so we’ll try to keep this spoiler-free so that you can discover it for yourself. The action kicks off soon after the shocking climax of Episode 1, following squire Gared Tuttle’s arrival at the wall, Mira Forrester getting into even deeper water at King’s Landing, and the struggles of two new playable characters in the conquered slaver city, Yunkai, and back at the Forrester seat of Ironrath. Even with four strands to follow, Episode 2 will take you less than two hours to polish off, though some plotlines move a little faster than others. 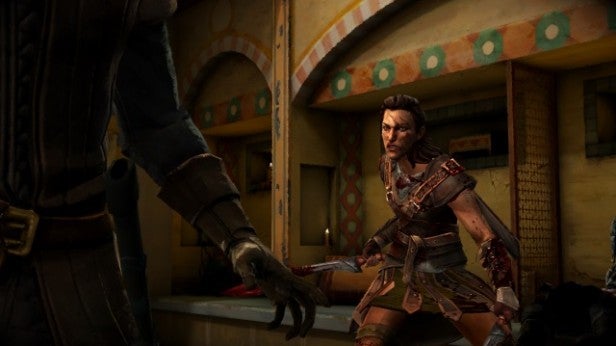 On the great side, Game of Thrones shows Telltale’s knack for finding interesting characters and putting them in difficult situations. Of all the Telltale series, this is the one that most clearly crosses the line between graphic adventure and interactive drama, so it’s vital that the drama’s good. The last episode hit real high spots, particularly in the Ironrath sections, and while Episode 2’s big plot twists aren’t quite as profound, there are a couple of smashers. Meanwhile, the smaller moments – a desperate attempt to clinch a marriage, a conflict of loyalties, more scenes between Mira and Tyrion – are nicely handled. This is the sort of thing Game of Throne fans look for, and it’s one area where Telltale has delivered the goods.

On the good front, the new additions are interesting and add some variety, with the adventures in Yunkai adding some exotic colour to make a change from Ironrath’s muted blues and greys, The Wall’s whites, blacks and browns and Kings Landing’s Mediterranean atmosphere. Dialogue choices feel meaningful and seem to produce tangible results, even within the individual episode, and you’ll find yourself worrying about your choices, then cringing when you make the wrong one. Characters from the show, including Tyrion, Margaery Tyrell and now Jon Snow are used well to build an authentic atmosphere, and Telltale’s art style seems more assured, even if the animation still has a touch of Thunderbirds around it. 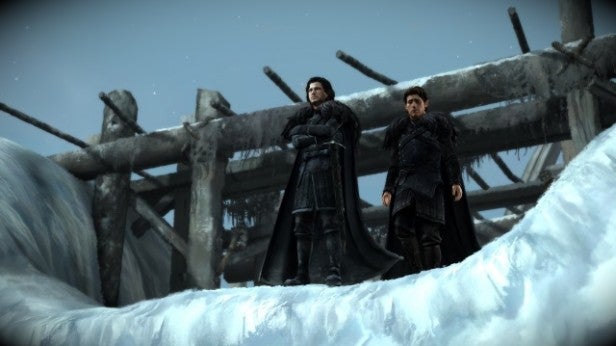 Sadly, it’s the gameplay that really lets this one down. The big concern about Telltale’s recent output is that the less the games focus on puzzles, the more they feel like semi-interactive experiences. Instead of sections that make you think, you’re left with quick-time event sequences and slightly tedious busywork to cover the gaps between the dialogue sequences – here the bits that count most.

As a result, we get more fighting sequences where you shift the right-stick in one direction, then try to move the reticule over a point and press the right trigger. We get some spectacularly dull training sections at Castle Black, and a handful of sections where I can’t actually remember doing anything of any note beyond moving the pad in one direction and interacting with something to trigger the next talky scene. The way the action sequences are punctuated with dialogue and character development makes them easier to push through, but you can’t help feeling that gameplay has now become a secondary consideration behind the cinematics. Your dialogue choices and the occasional action might move the plot along a slightly different branch, but it’s hard to gauge what agency you have as a player in the game. 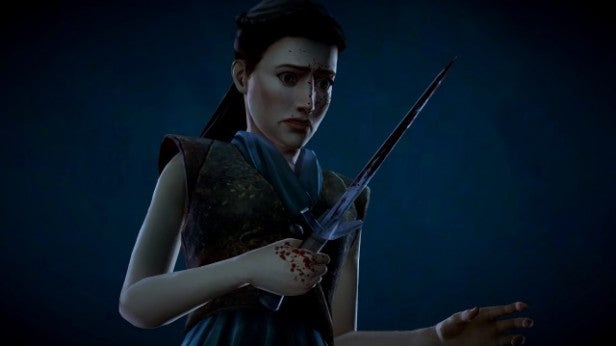 This doesn’t make this episode or the series a wash-out – Telltale still knows what it’s doing with the narrative stuff. It does, however, mean that things really need to pick up in the next episode, or we might lost faith.

Verdict
A disappointing second episode, which seems to amplify both the strengths and weaknesses of the opener. Game of Thrones still wins points for authentic atmosphere, strong characters and tangible player choice, but gameplay seems to be falling by the wayside. The result? An interactive drama where the emphasis goes too far on the drama.