What is the Gaggia Velasca?

Most bean-to-cup coffee machines are rather large and cumbersome, but the dainty Gaggia Velasca can fit into the smallest of spaces, giving you fresh espresso at the touch of a button.

Good looks and a manual steam wand round off the well-priced package, but some slightly fiddly controls are a minor annoyance.

The front is dominated by a single display, surrounded by the one-touch buttons for dispensing drinks. They are a little soft and need a fairly hard push to register a hit, but are clearly labelled. 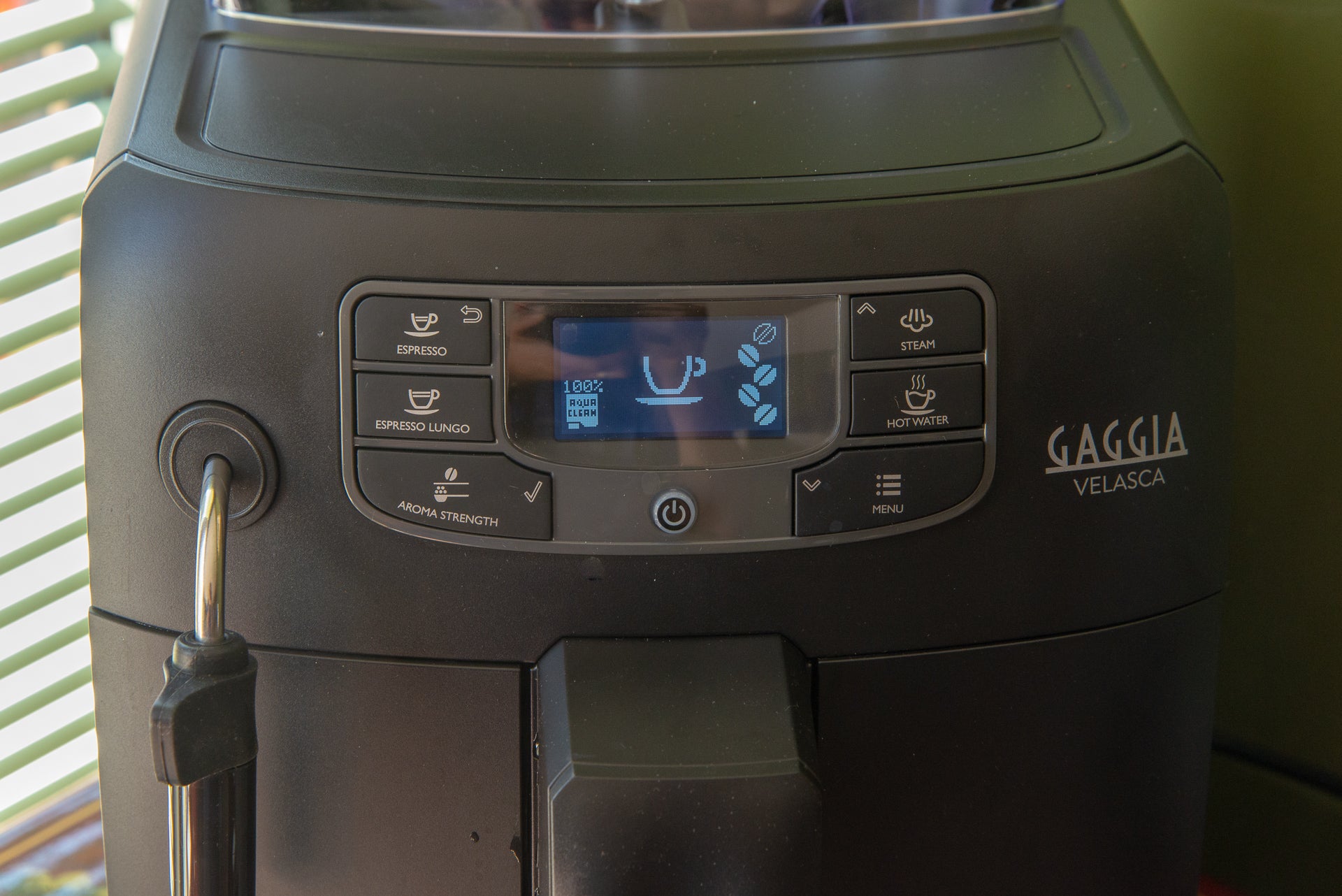 The spout on the front slides up and down, moving height between 75m and 120mm. That’s enough to fit most mugs and espresso cups, although taller latte glasses may not fit.

A single 300g hopper sits on top of the machine, and is large enough to take your average bag of coffee beans. The hopper also has the grinder control, so you can adjust for taste and the beans that you’re using. As with previous Gaggia machines, the Velasca requires a plastic tool to adjust the grind, so make sure that you don’t lose this. 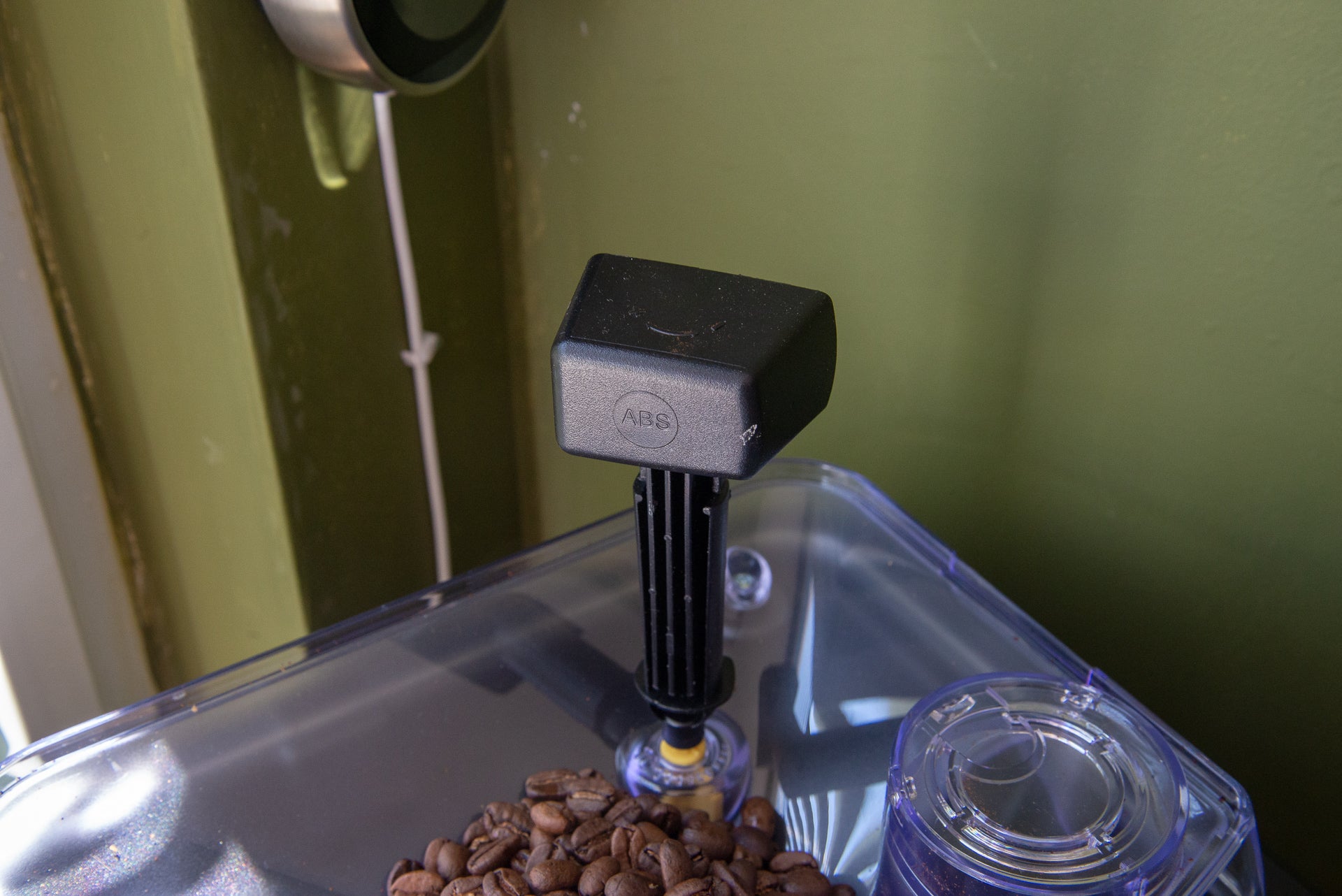 There’s a ground-coffee chute, too, for pre-ground coffee if you have any. Unless you use espresso-ground coffee here, you won’t get as good results as from using fresh beans.

There are dedicated buttons to make an espresso or lungo (a long espresso). The default volume can be overridden by holding the relevant button down to put the Velasca into programming mode.

A double tap of either button will dispense two shots of your chosen drink, either for a double or for making two coffees at once. Be careful, as once you’ve selected a double, there’s no way to cancel this.

There’s a coffee strength button, which regulates the amount of coffee used in a drink, with five available steps.

A button for hot water lets you top up for an Americano or other longer drink. The steam button turns on the steamer wand. Turning it off requires hitting the OK button (the coffee strength button), which isn’t immediately obvious and left me frantically pushing buttons on my first go, trying to stop the steam coming out.

From the Menu button, you can adjust water temperature, the standby time, the water hardness (this defines how often the integrated filter has to be changed), and run the anti-calc programme. It’s very simple, but that’s not a bad thing, as some bean-to-cup machines can be very complicated to configure and control.

Making a shot of espresso, I went with a finer grind, turned the temperature up to max and set the strength to four. At first, the crema looked a little frothy as the drink poured, but once it had settled for a while, I was left with a nice oily-looking finish, with a slight reddish tinge to it. 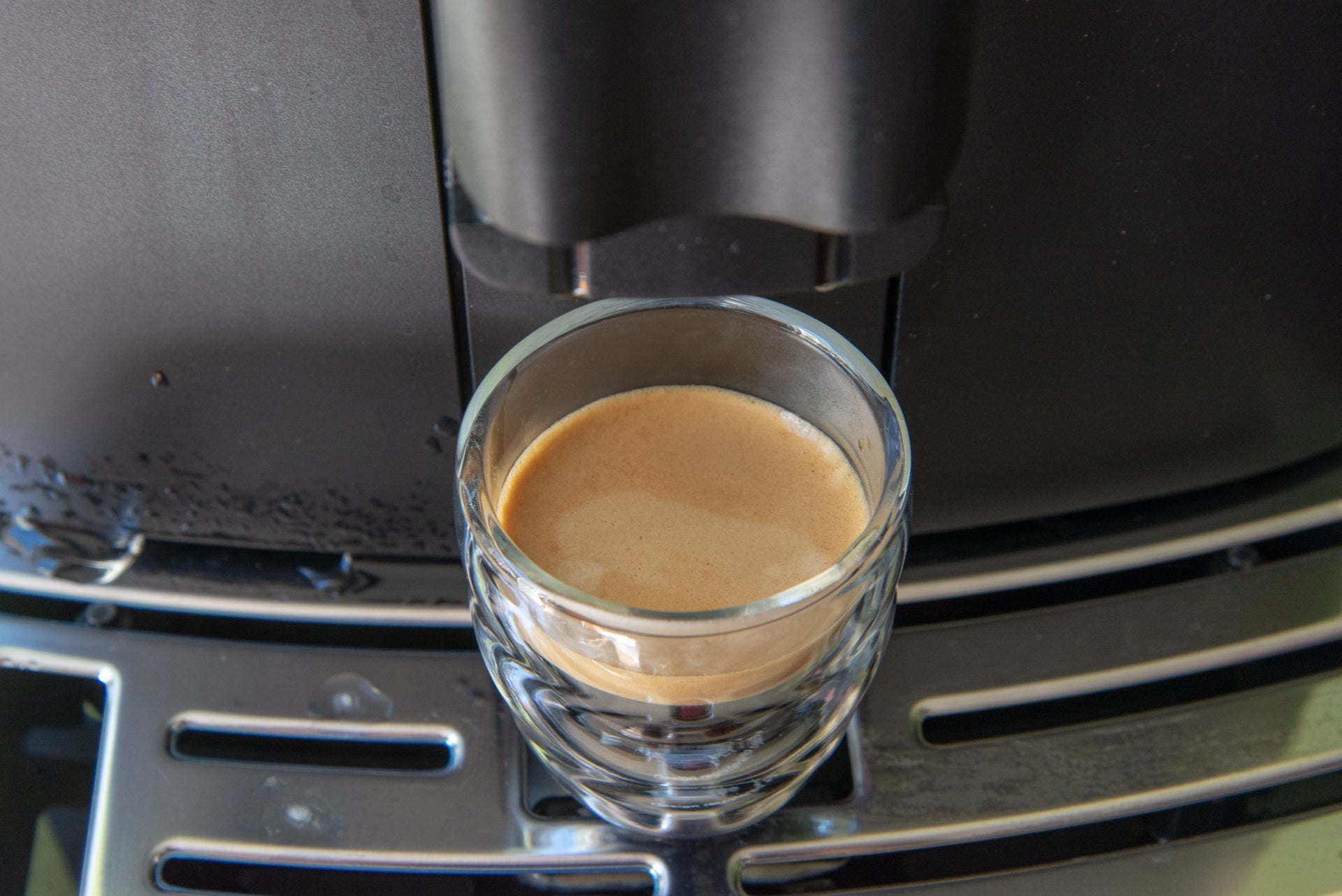 At 62 degrees Celsius, the temperature is spot on for an espresso. Taste was excellent, too, with my fairtrade Peruvian beans making a smooth drink, and the pronounced acidity coming through in the aftertaste. I’ve seen more expensive machines struggle to make such good coffee.

Steaming your own milk is a bit of an art form, but it needs a decent steam wand and a level of control. On the Velasca, the wand only moves side to side, not up and down, so getting the angle right in the jug is difficult. And, as the button only turns the steam on or off, it’s hard to purge water from the wand before you start.

As a result, getting perfect milk was a little challenging, and the Velasca introduced a lot of air and large bubbles on my first go. I did better the second time around, but it’s difficult to have fine control, as steam is either on or off.

Even so, once foamed, tapped down and mixed, the result was a cappuccino with a passable frothy head that tasted smooth and rich. 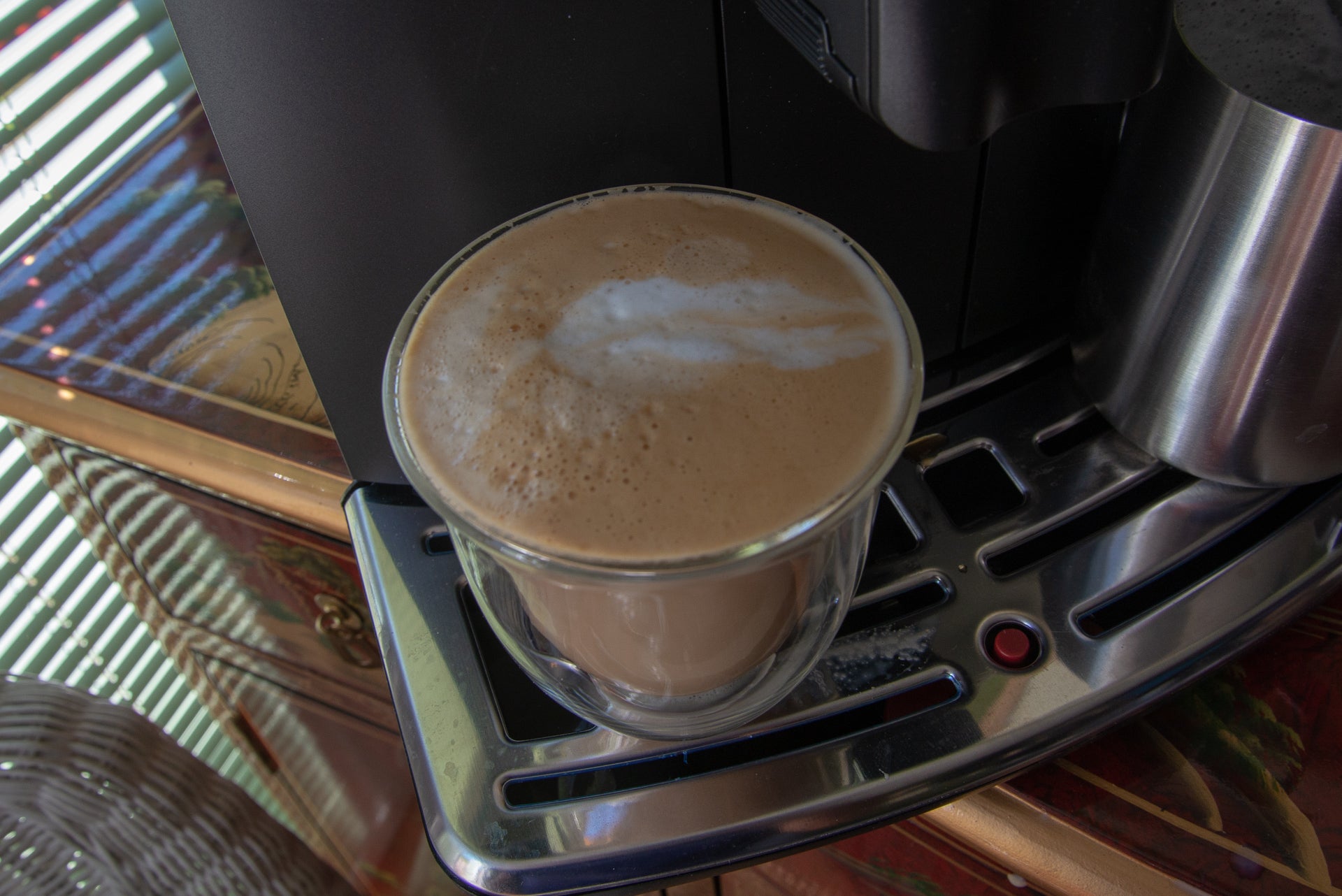 More expensive auto-dispensing machines or manual machines with a steam tap can do better, though.

Maintenance is straightforward on this machine. The drip tray pulls out the front and needs emptying when prompted. Used coffee pucks drop into a bin on the right-hand side of the machine, where they can be easily emptied. A regular wash of the bin with a bit of soapy water will help prevent mould growth. 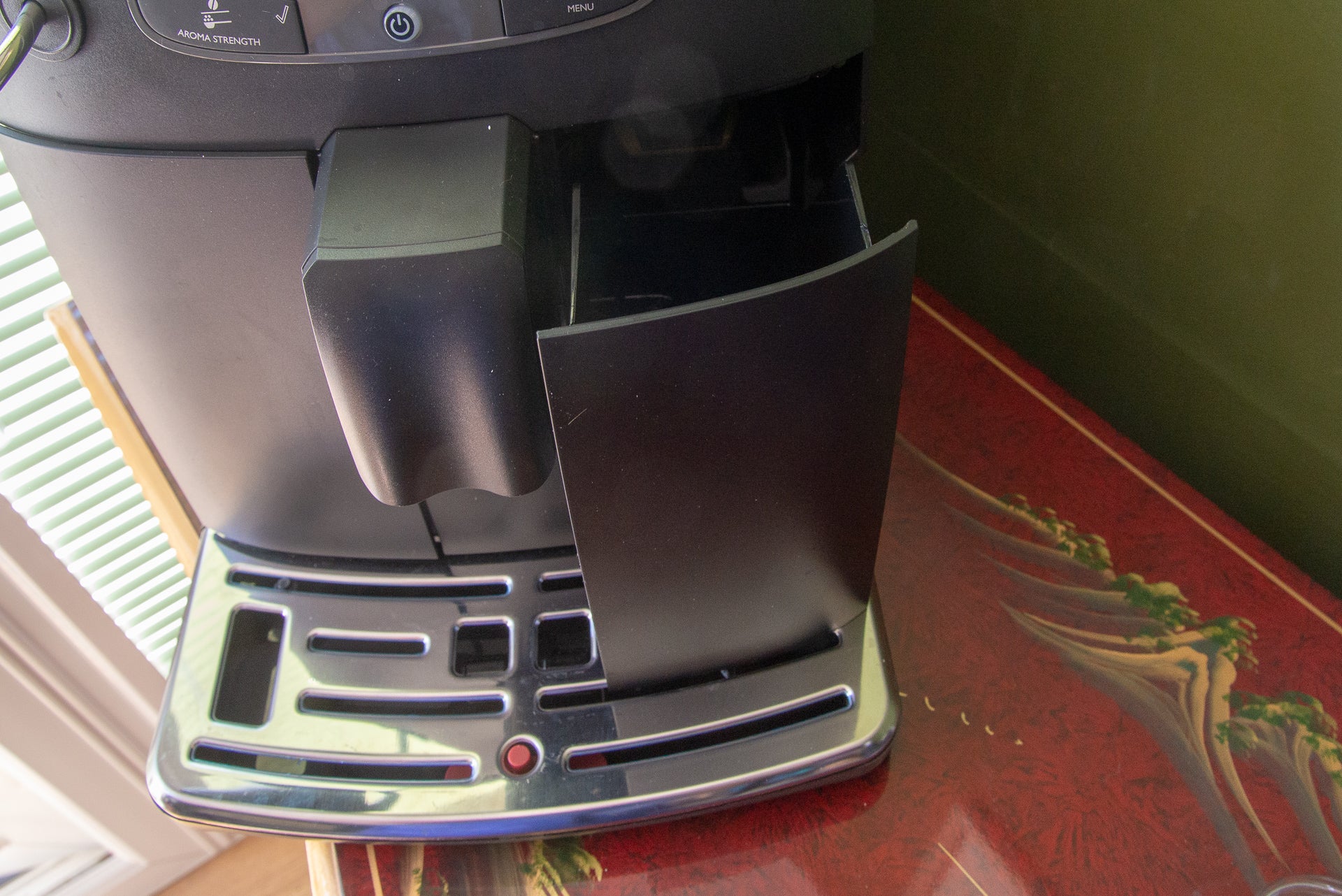 The brew unit pulls out the side of the machine and can be washed once a week or so, keeping the inside of the Velasca nice and clean. And, when prompted, the machine should be descaled using the built-in programme and descaling fluid. 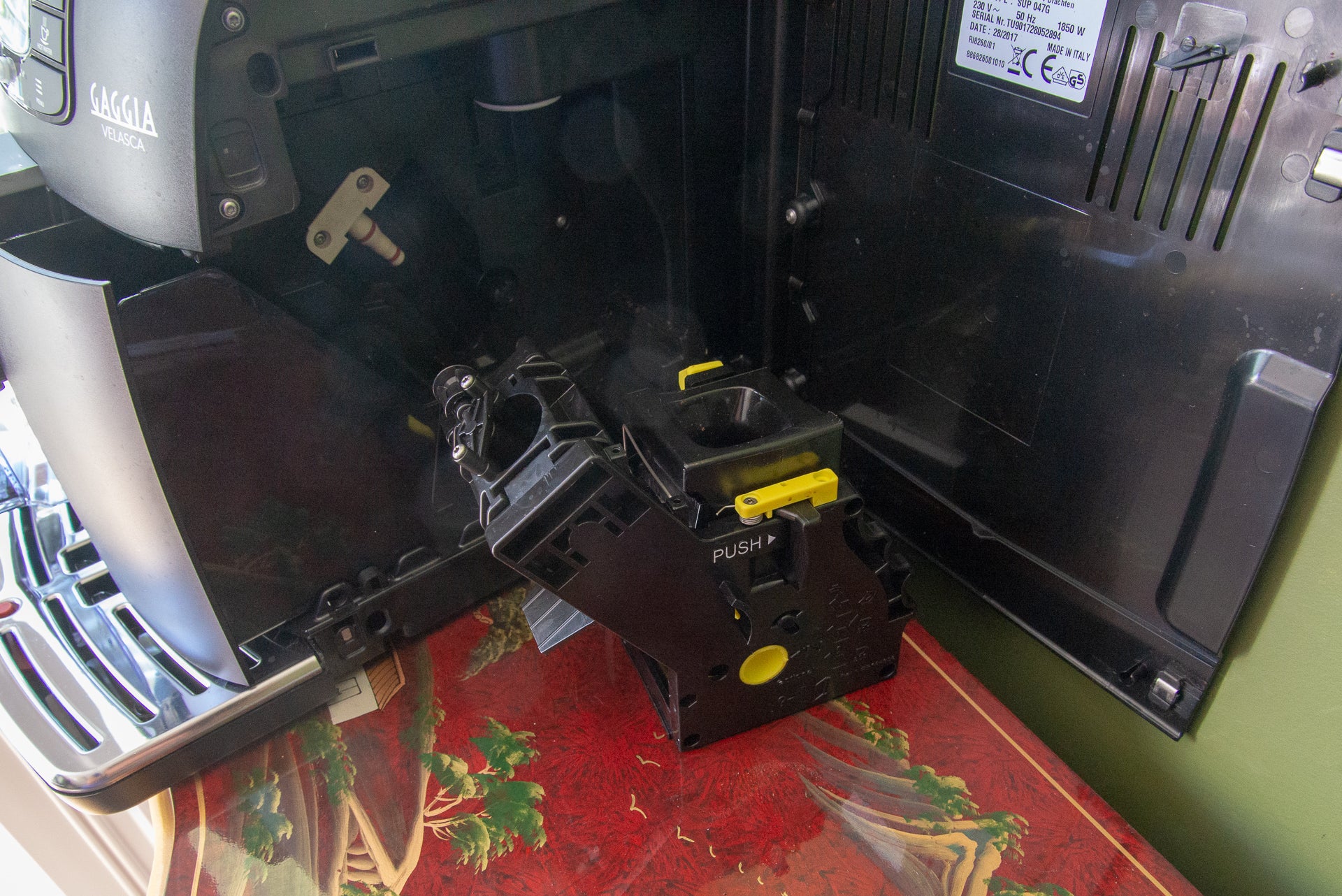 Why buy the Gaggia Velasca?

Slightly fiddly controls and basic steamer wand aside, the Gaggia Velasca gets the essentials right. It’s a well-priced and small bean-to-cup coffee machine, which is perfect for anyone who doesn’t have much space and wants something simple that can produce decent espresso from fresh beans.

Well priced and small, this is a great budget bean-to-cup coffee machine.