They say some things grow better with age, namely wine and cheese, though if they saw the hulking chunk of yellow mould currently taking root in one of the milk bottles in my fridge, they may change their mind on that front.

A play of this anniversary edition of Gabriel Knight: Sins of the Father, more than two decades after it originally made its debut on PC courtesy of Sierra, might also cause those who live by that mantra to stop and take a pause for breath. Here’s a game that was applauded upon release in 1993 and has, in general, been held up as a staple of the point-and-click genre ever since, but for some reason, taking it on in 2015 proves to be nothing but a disappointment.

Is this a case of a game that simply hasn’t stood the test of time as the rest of the games industry has marched on? Or has the attempt to add a touch of sheen to proceedings – new visuals, new voice acting – somehow muddied a genuine classic? The truth is probably somewhere between the two. 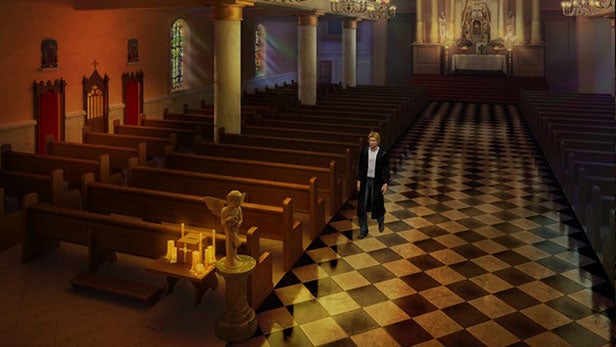 For those not in the know, Sins of the Father is a point-and-click adventure that tells the tale of Gabriel Knight – a struggling author of slightly tacky sounding horror novels running a bookshop in downtown – and his life in New Orleans as the city becomes shrouded by what appear to be a series of ritual-like voodoo killings. Utilising shop assistant Grace Nakimura as a researcher looking into the string of homicides, Knight finds himself drawn into the affair thanks to a link to superficial sleuthing in his family’s past. As such, it’s your job to explore the city, solve puzzles and piece together the mystery behind the murders.

Doing so falls back on traditional point-and-click staples, with the key to success being to examine every object and converse with every non-playable character you encounter (if the game lets you) in order to gather the clues you need to progress. Doing so is a simple process; tapping an object brings up a mini menu that allows you to do everything from simply look at the item (an almost Jamaican like voiceover narrating the whole affair) to using it or even pocketing it, where allowed. 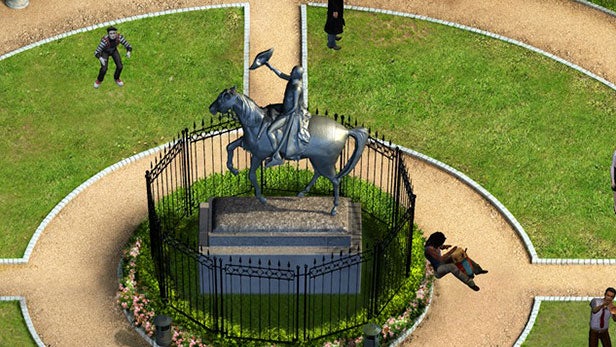 It’s when you look beyond these bare bones of play to the elements that house the action that the whole thing starts to fall apart. The attempt to upgrade the game’s visuals, for instance, is only half successful, with some fairly impressive if generic backdrops sitting somewhat awkwardly with some odd, jerky and frankly android-like 3D characters who look as if they’ve been lifted from an especially unflattering and early 3DO demo disk.

The voice acting, too, leaves a lot to be desired – Knight’s southern American twang constantly grating throughout – though, to be fair, the script they have to contend with doesn’t exactly give them much to work with. When it’s not divulging plot points in an ever-so-slightly forced manner, it’s littered with leud sexual remarks about his companion Grace and, indeed, pretty much everyone else Gabriel claps eyes on. In an early encounter, hitting the ‘pick up’ action prompt when looking at Grace triggers a “like I haven’t tried” response from our hero that sends a grizzly shiver down your spine the moment you fathom what he’s on about. 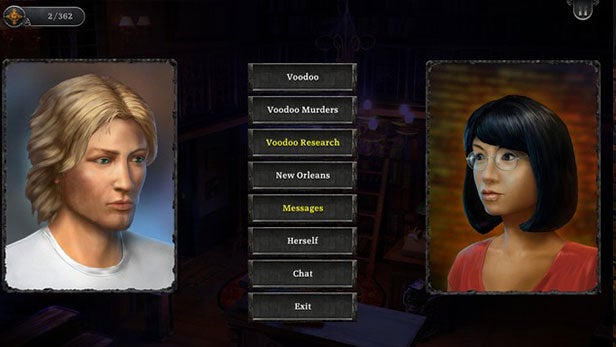 To put things succinctly, Gabriel is a thoroughly unlikeable guy, and this is what makes this remake something of a puzzle. To all intents and purposes, Gabriel is the same man he was in 1993, but somehow his constant come ons to anything in a skirt feel entirely misjudged. Is it the new voiceover that makes his flirtations now seem a trifle menacing, or is it the fact that playing to a pack of teenage boys as would undoubtedly have been the game’s audience 20 years ago is something most modern day games, aware they exist within an industry that attracts as many female gamers as it does male, try to avoid? It’s hard to pin down one set reason, though it’s clear a re-write to bring Gabriel into the 21st century would have done Sins of the Father many favours.

As it stands, what’s offered up here feels catered to no-one. Die hard fans of the series will likely be aghast at the visual changes designed to bring the game to a new audience, but that’s a new audience that will find the world Sins of the Father sits in largely uncomfortable and almost entirely unwelcoming. It all means that, though it won’t have been developer Phoenix Online Studios’ intention, Sins of the Father stands as the perfect example of how far the world of games has moved on in the last twenty years, and beyond satisfying a fleeting moment of curiosity, it’s hard to grasp why anyone would want to go back.

Verdict
Neither a faithful recreation nor a successful reimagining of a 20 year old classic, this iPad version of Gabriel Knight: Sins of the Father only serves to highlight how quickly both the point-and-click genre and the games industry as a whole have moved on. It’s sad to report that the game’s stand out moment is the constant sexualisation of its female characters, making Sins of the Father feel like a game that’s very much out of its time.