There’s a lot to like about the Fujifilm XP140. It’s got a cute, fun design and a decent range of features, especially when you consider the price. You don’t get heaps of control, but it’s capable of producing good shots when the conditions are right. Your smartphone can probably take better pictures in good conditions, but it can't survive being dropped on the rocks or repeatedly dunked 25 metres underwater. That all said, you might want to consider the XP130 for an even bigger bargain (it only really lacks 4K video and scene recognition) or a more advanced camera like the Olympus TG-6 if you need manual control, Raw shooting, macro shots and usable 4K footage.

Fujifilm’s previous take on the rugged compact camera, the XP130, differentiated itself from rivals by being an affordable impulse buy with a sub-£150 price tag.

While its XP140 successor isn’t quite as much of a bargain at £179, it is still well-priced for a waterproof camera that brings a few new tricks. Cameras like the XP140 make a lot of sense for family outings to the beach, where they can withstand a bit of abuse

It can now go even deeper than before, to an impressive 25 metres, while other improvements include a new scene recognition mode, which should make it better able to assess what it’s photographing, and 4K video recording (albeit at 15fps).

So do these improvements make it the default holiday choice for anyone looking for a cheap, smartphone stand-in? Or should you still consider the XP130, which is now available for under £100 at the time of writing?

Design – Bug-eyed and difficult to lose

The Fujifilm Xp140 is one fun-looking camera. Available in a range of bright, eye-catching colours, it has the benefit of standing out should you drop it in the snow, on the sand, or even underwater.

The camera’s lens protrudes from the top of the camera to give it a sort of bug-eyed appearance that may also appeal to kids – one of the biggest audiences for this kind of camera. 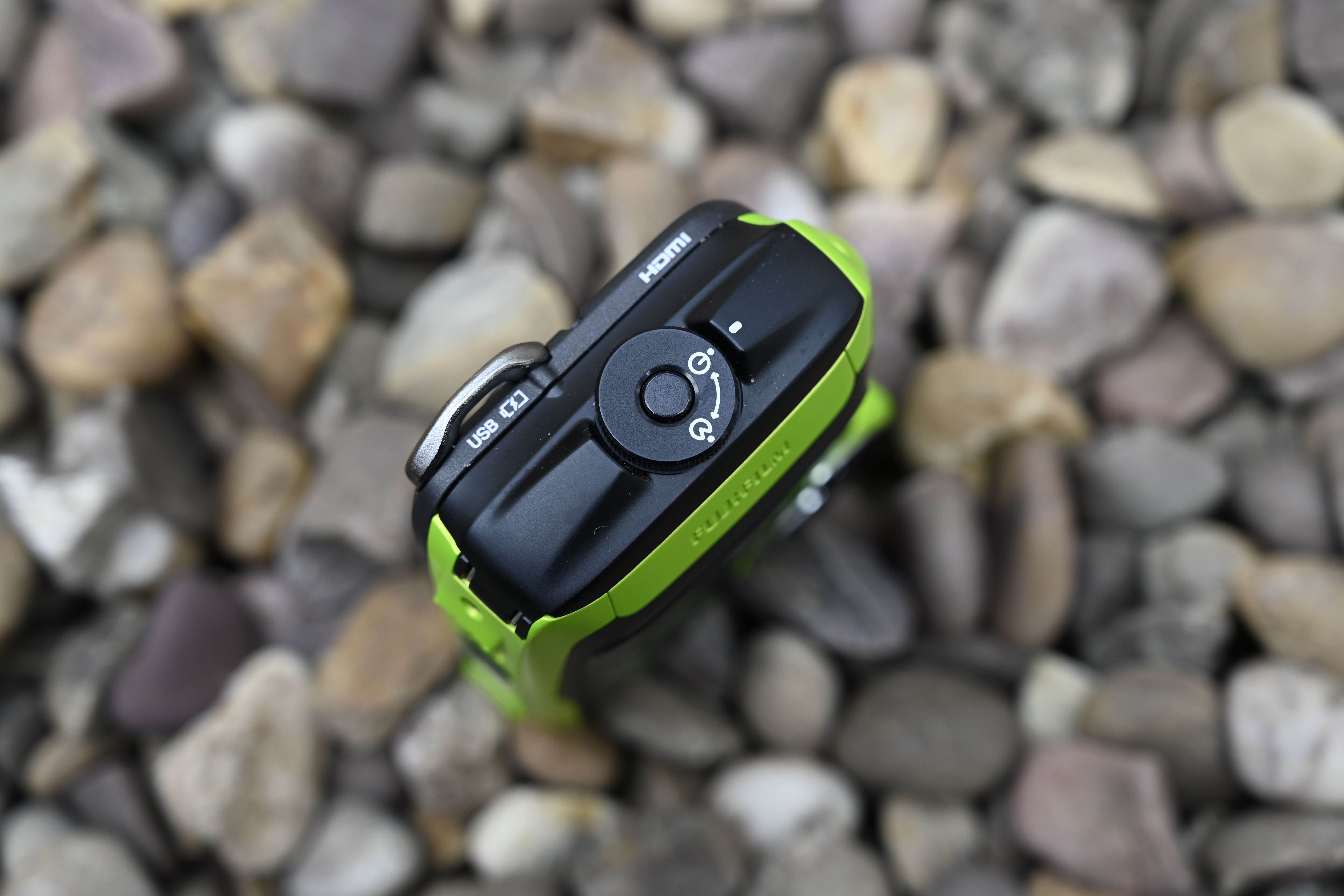 Although not replete with hundreds of dials and buttons, those that you do find on the XP140 are well spaced out and raised high enough from the back of the body so as to be easy to locate when shooting in tricky conditions, such as underwater.

A rotating lock mechanism on the battery and memory card door should ensure that no water gets into the only point of entry, and it feels nicely secure.

Specs and features – A decent range for the price

This is one of the cheapest rugged cameras on the market, but despite that you get a very decent range of tough credentials. That includes up to (or should I say down to) 25 metres waterproofing. While most of us probably won’t venture further than the deep end of the swimming pool, for those who like scuba diving and similar, having those kinds of depths available is really useful.

There’s also dustproofing, shock proofing and freezeproofing down to -10 degrees. That makes a great all-rounder that should not only withstand adventure travels, but also anything that kids might want to throw at it (or throw it at). Using automatic scene recognition, the XP140 changes settings depending on what it detects in front of it

For the most part, this is a camera that is best suited to beginners, or at least those that can live without taking full control of every parameter. Using it in the fully automatic mode, the scene recognition kicks in to good effect in the vast majority of situations. It’s not always clear how this affects settings changes, but you can turn it off if you think it’s doing something wrong.

There’s also a range of dedicated scene modes, which can be useful in certain situations, such as underwater. Unlike more advanced rugged cameras like the Olympus TG-6, there’s no manual control and also no Raw format shooting – but that’s certainly to be expected at this price.

On the whole, images and video from the XP140 are pleasing enough.

These days, modern high-end smartphones can outperform cameras like this when they’re able to be used side by side. But that’s the thing – many of the situations that you might want to use the XP140 would easily kill your smartphone. 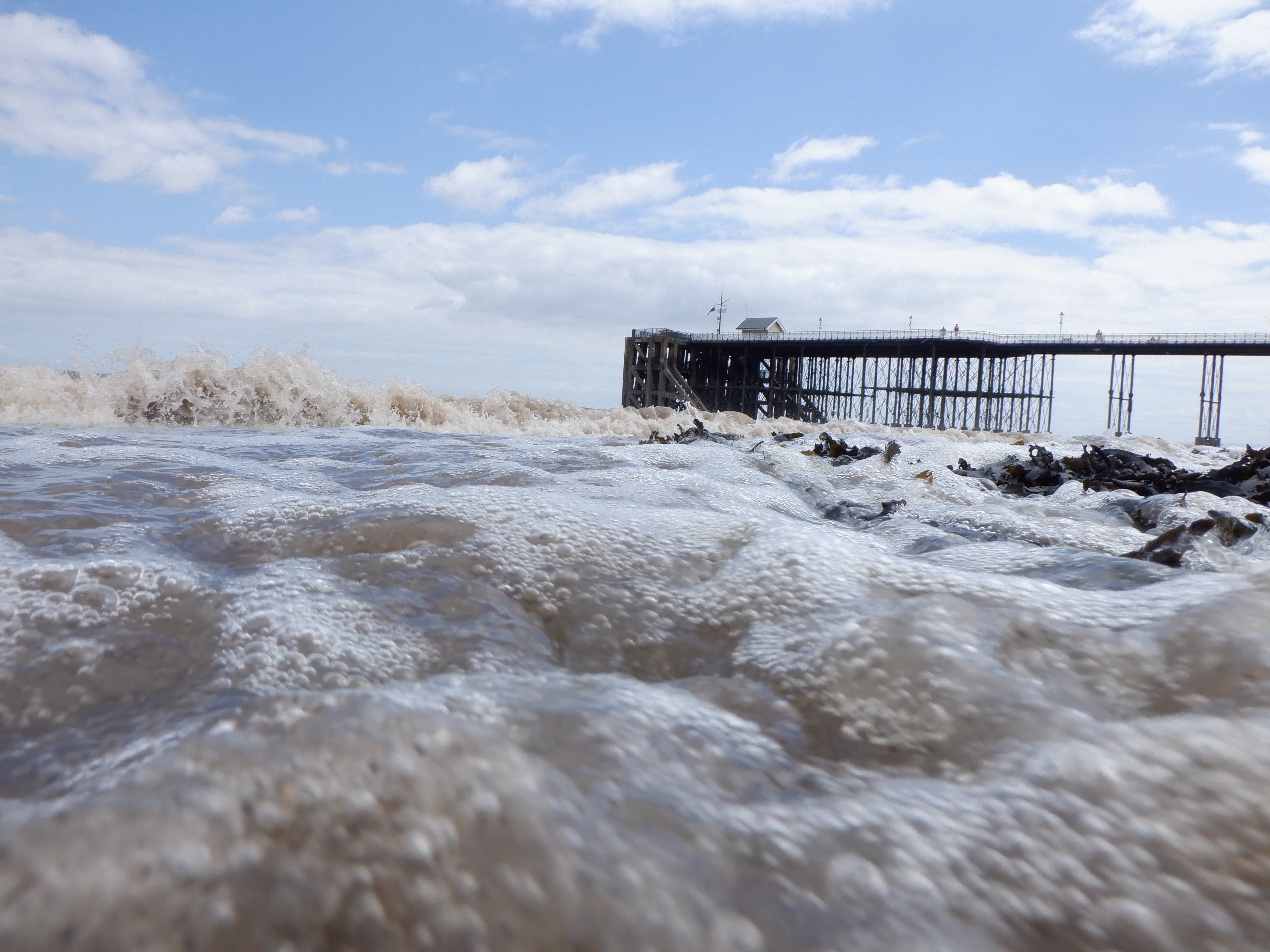 That said, if you want to pick up a camera to use as a holiday or day trip snapper, without putting a strain on your smartphone, then the XP140 is more than capable of producing good shots, especially in bright light. Overall detail is good, while colours are rich and vibrant. This is not a camera you will turn to for low-light shooting, though, it’a fair to say.

Scene recognition does a good job guessing the scene in front of it, and it’s good to see machine learning being used even in relatively basic models like this.

Should I buy the Fujifilm XP140?

If you’re on the lookout for an affordable holiday or day trip camera that can withstand some abuse, then the XP140 makes a compelling argument for a spot in your rucksack.

It’s fairly cheap, produces decent shots in good light, and has some very good tough credentials – especially for the price. It probably won’t outdo your smartphone in some situations, and if you don’t need 4K video then it’s worth checking out the even more affordable Fujifilm XP130, but it makes a great stand-in for those times when you don’t want to risk your phone. Kids will get a kick out of using the Fujifilm XP140, and you can give it to them without worrying (too much) that they’ll manage to break it

All that aside, if you already have an XP130, then it’s not too massive an overhaul from its predecessor. And rivals like the Olympus TG-6 are also much more versatile, thanks to Raw shooting and handy macro modes, which help to justify their higher price tags.