What is the Fujifilm FinePix XP130?

Fujifilm’s one and only ruggedised compact camera, the XP130 is a pocket-sized point-and-shoot model that’s built for the rough and tumble of a trip to the wilderness.

It’s waterproof to a depth of 20m, shock-proof to withstand drops of up to 1.75m onto a hard surface, dust-proof and freeze-proof to a temperature of -10ºC. 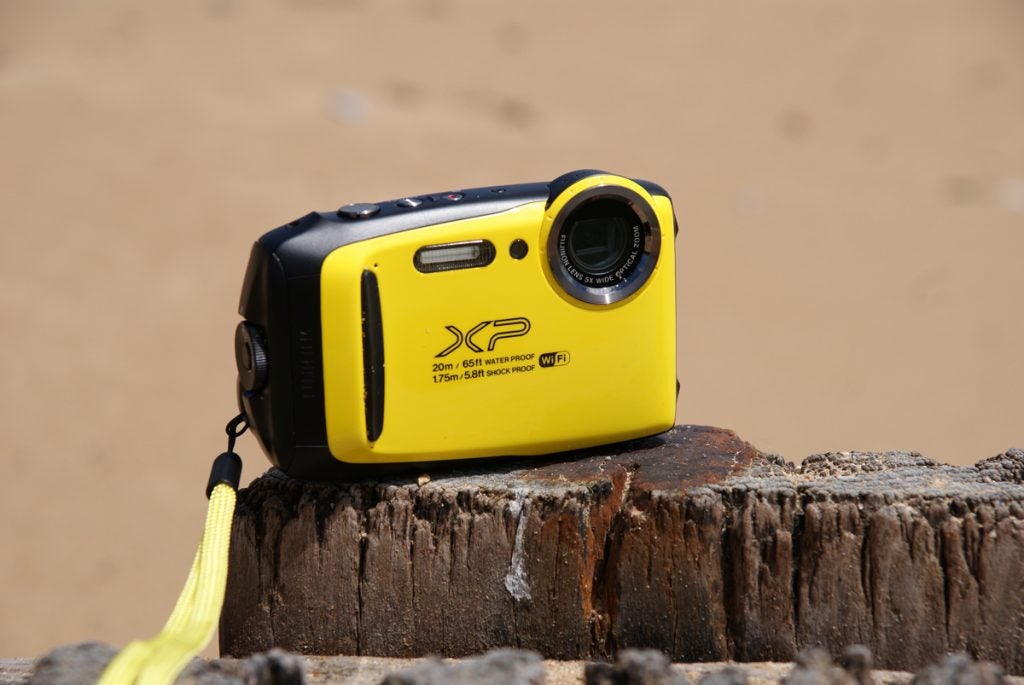 The Fujifilm XP130 is a smooth-bodied snapper with few of the bulges and ridges we often see on rugged compacts – if you’re looking for a waterproof model that will fit in a trouser pocket, this is a better (and probably less uncomfortable) option than most.

A twisting lock on the side secures the closure of a rubber-sealed door, under which are slots for the battery and SD card. The seal prevents water or dust getting into the camera’s innards, and the lock (which needs to be pushed down as you twist) is highly unlikely to spring open accidentally.

There’s not a lot to grip onto here, bar a small ridge on the front and a few raised bumps at the back for your fingers and thumb respectively, but an included lanyard loops around your wrist to help prevent drops. In any case, the low weight means it’s unlikely to slip out of your mitt.

The top of the camera features a cross-hatched shutter button, on/off button and dedicated video recording button, while the back is dominated by the 3-inch LCD screen, next to which you’ll find buttons for controlling the zoom, engaging playback mode and a four-way cursor control that gives you quick access to a handful of controls, plus the camera’s menu screens.

The Fujifilm XP130 is lighter on features than many rugged compacts, with no GPS or compass built-in, but does have Bluetooth and Wi-Fi for connecting to a smartphone. This gives you an alternative way to geotag photos and videos with their location data. 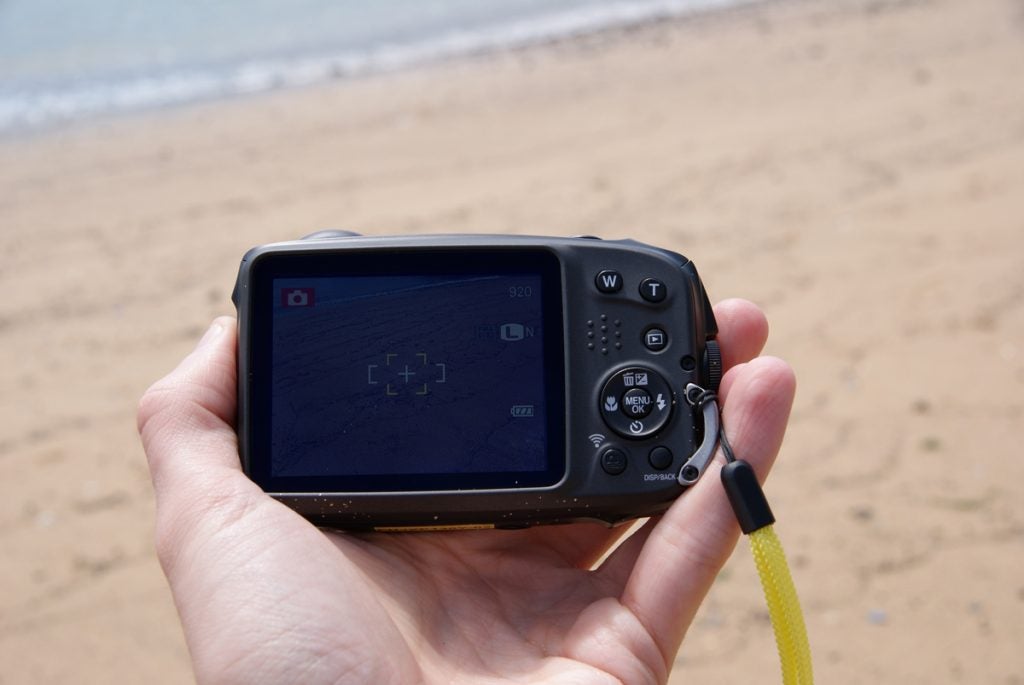 The LCD is surprisingly bright too, so even on sunny days you won’t have too much trouble seeing whatever’s on screen, whether you’re reviewing photos and videos you’ve already captured, or framing new shots to take.

We were happy to discover that the XP130 has included an option for an on-screen spirit level display, too, to make sure you’re keeping the camera lined up properly with the horizon. 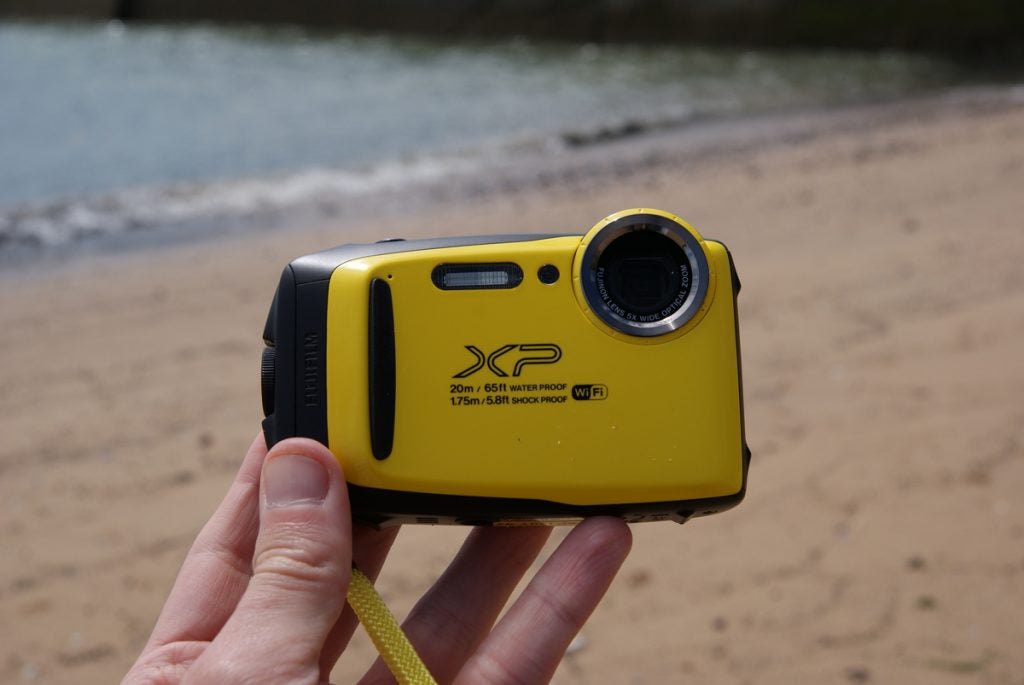 With its paucity of physical controls forcing you to dive into the menu screens frequently, the Fujifilm XP130 could have ended up being a complicated camera to use. But the simplicity of the menus (and the small-ish number of features compared to rivals), means that you can zip in, select a setting, then zip out quickly.

Everything is logically laid out, with buttons placed so that you don’t need to shift your hands awkwardly to reach them. We’d prefer a zoom lever or rocker to the XP130’s system of having separate buttons for zooming in and out, though – it makes things more fiddly than necessary.

With the aforementioned on-screen level and its fairly effective sensor-shift image stabilisation, the camera makes it easier than some to capture sharp, level handheld images. Its autofocus, meanwhile, is pleasingly fast in good lighting, but disappointingly ponderous in dimmer conditions, often requiring you to make a few tries before locking onto your subject. 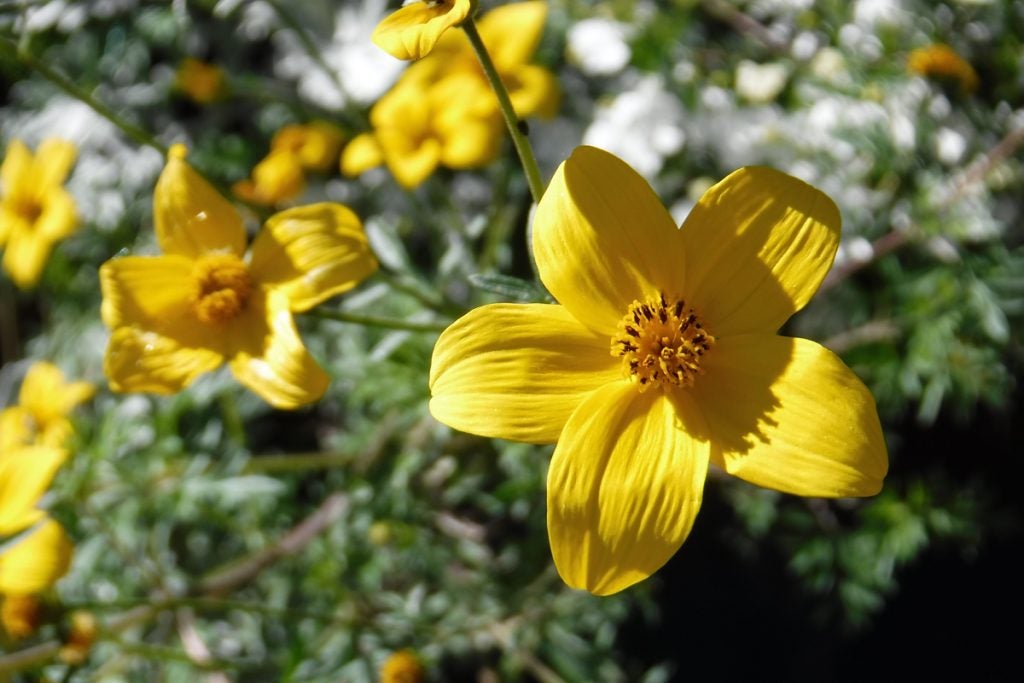 Despite being significantly cheaper than, for example, the Nikon W300, the Fujifilm XP130 delivers images that are very similar in quality. In fact, we’d be hard-pressed to tell them apart in a blind test: both sets of straight-out-of-the-camera JPEGs are rich in colour, with strong sharp detail towards the centre of the frame, but with things becoming a little less defined towards the edges.

This lack of definition appears to be the result of chromatic aberration, and this purple and green fringing is particularly problematic where there are high-contrast areas (like sunlight shining through leaves).

With no ability to shoot in RAW, and few options to tweak exposures beyond a handful of basic settings, the image quality of the XP130 is just something you’ll have to accept or leave – there’s not a lot you can do to mitigate the issues except choose your framing carefully and hope for even lighting conditions.

The included HDR mode, which takes a series of shots then merges them to give high-contrast shots more colour definition, doesn’t work particularly effectively either, adding only a little more detail to shadows than regular exposures.

The same issues of detail apply to video clips. Unlike the Nikon W300 or Olympus Tough TG-5, there’s no 4K video recording here, with 1080p being the camera’s highest resolution. You have the option to record this Full HD footage at 60fps, though, which at least adds a welcome measure of smoothness to videos. 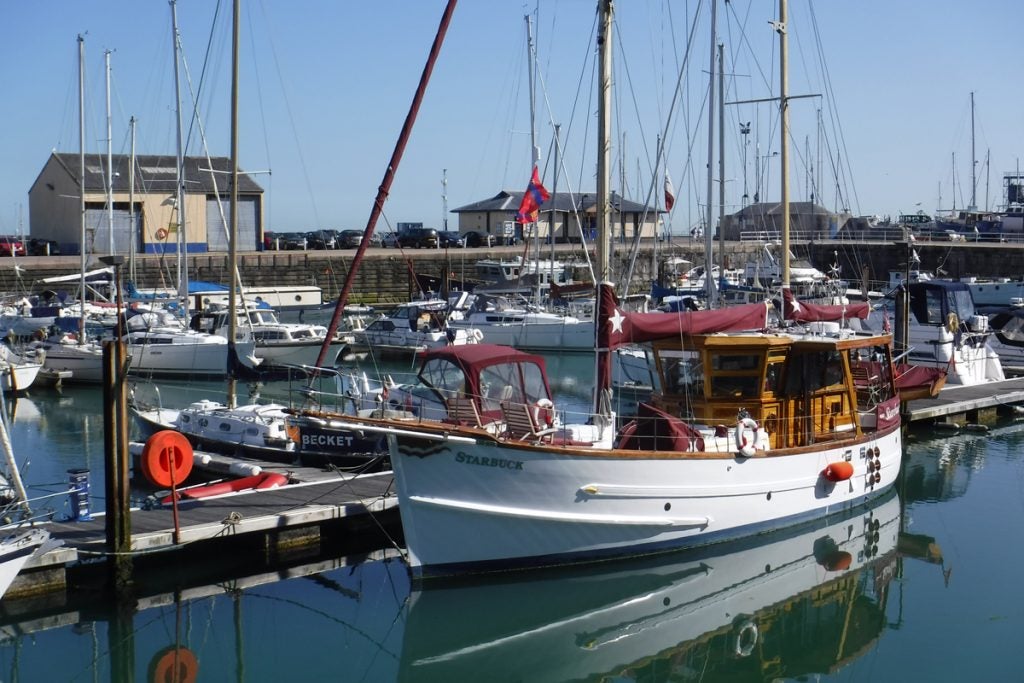 Why buy the Fujifilm FinePix XP130?

At under £150, the XP130 is significantly cheaper than some other rugged, waterproof models we’ve recently reviewed like the Olympus Tough TG-5 and Nikon W300. While it doesn’t match either of those when it comes to image quality or features, that price difference is significant – because the XP130 does compare well with those models when it comes to toughness and survivability.

If you’re looking for a cheap camera that can be used in the swimming pool, sea or while white water rafting then you should certainly consider the XP130 – but be aware that, optical zoom aside, its image quality doesn’t really offer anything better than you’d find from a decent smartphone camera.

If you’re looking for a budget, rugged compact then the Fujfilm XP130 is still worth considering. But it’s since been overtaken by pricier but more capable rivals like the Olympus Tough TG-5.