The Fujifilm XF10 has lots of limitations, but it’s a pocket-sized street or travel camera rather than all-rounder. Its slim body and terrific image quality are what really count.

What its the Fujifilm XF10?

The Fujifilm XF10 is a premium-quality, pocket-sized compact camera with an APS-C sensor that’s the same size as those found on most DSLRs and mirrorless cameras. The XF10 is designed in part for those upgrading from a smartphone, who want a notable step up in quality and “proper” camera controls. But it’s also suitable for enthusiast photographers who want a camera small enough to fit in a pocket but with the image quality and controls of their regular DSLR or mirrorless camera kit.

Usually, premium compact cameras such as the Panasonic LX100 II are expensive, but the Fujifilm XF10 is more affordable. It doesn’t come with a viewfinder, image stabilisation or a tilting or vari-angle rear screen, but it’s simple and effective and is super-light at just 279g.

The most striking thing about the Fujifilm XF10 is its compact, slim body – a big advantage over interchangeable lens mirrorless cameras. The lens does extend slightly when you power up the camera, but only by 2-3mm.

The controls are straightforward. You get a regular mode dial rather than the separate shutter speed and aperture controls of Fujifilm’s more advanced cameras, but this makes the XF10 simpler for those used to smartphones or other cameras. 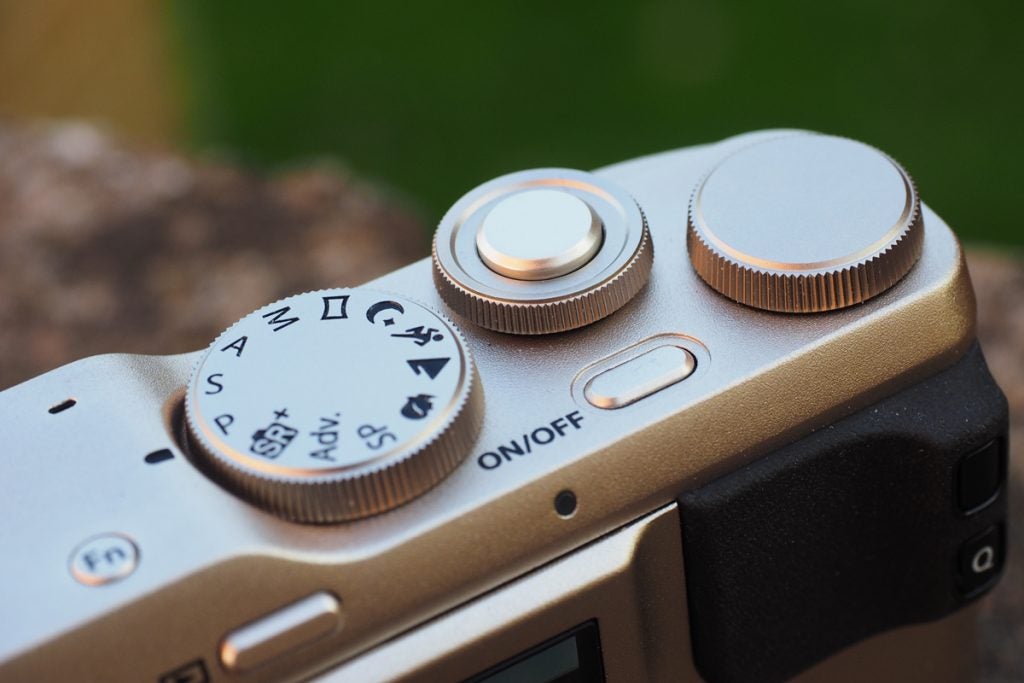 You get three dials on the XF10: two mode dials, including one around the shutter, and a command dial on the right for adjusting things like exposure compensation.

There are twin control dials: one around the shutter release and one next to it, which is unusual in a camera at this price. The dial functions change according to the mode you’re in. For example, in the auto modes you can use the larger dial to quickly apply exposure compensation.

Most camera settings can be accessed quickly via a “Q” button on the rear of the camera, which calls up an interactive settings screen. You can then navigate through the options using the small “focus stick”. The latter doubles as a four-way navigational controller when you’re adjusting the camera settings.

The controls are adequately spaced out and work well. It’s a bit odd using the focus stick rather than a regular four-way pad, but it means the back of the camera is less cluttered with controls and you’re unlikely to press something by accident when holding it.

The Fujifilm XF10 is pretty inexpensive for a large-sensor premium compact camera, so you’d expect a few corners to be cut somewhere. The first omission is a viewfinder; you’re reliant on the rear screen for composing your pictures.

That’s no great hardship for anyone upgrading from a smartphone, but keen photographers will be less happy because viewfinders are far easier to use in bright light. Many people prefer putting a camera to their eye instead of holding it at arm’s length. 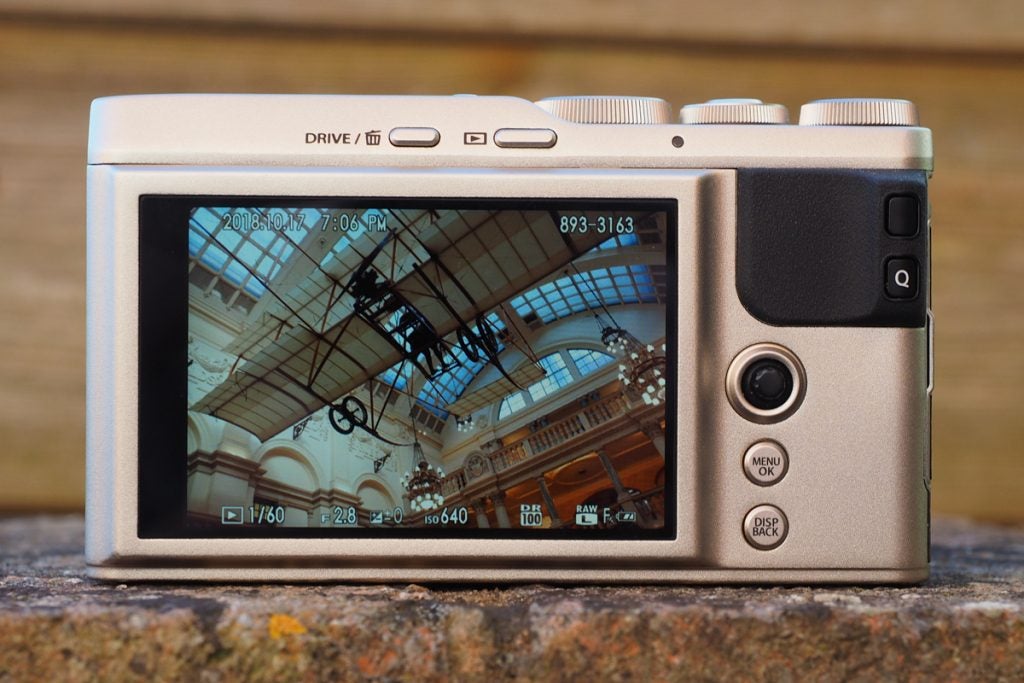 The XF10’s fixed screen helps make it smaller, but it can be frustrating when you’re trying to compose from different angles.

The rear screen is pretty good, but it’s fixed in place and doesn’t offer a tilt action. While this won’t be an issue for everyday photography, it will prove annoying if you want to use a low camera angle for close-ups, a bit of foreground framing in your compositions, or for just a more interesting perspective.

You can use touch control to set the focus point or even focus and shoot with a single tap. Or, you can switch off the touch control and use the focus stick and regular shutter release instead.

Autofocus performance on the XF10 is good rather than great. The AF system itself is pretty sophisticated, with a choice of single point, zone and wide modes covering pretty much the whole image area. However, the AF motor in the lens doesn’t seem especially fast or quiet.

The XF10 isn’t the only Fujifilm camera with this issue, since the AF in the top-end X100F isn’t quite as snappy as you’d expect either. If that’s the price of having such a slim lens, though, it’s probably worth paying.

So the XF10’s autofocus speed isn’t bad, but it could be better, and if you do find it’s slowing you down for shoot-from-the-hip street photography, you can switch to one of two Snapshot modes instead. Both offer much faster, focus-free “hyperfocal” shooting – one set to a focus distance of 2 metres and an aperture of f/8, the other set to 5 metres and f/5.6. 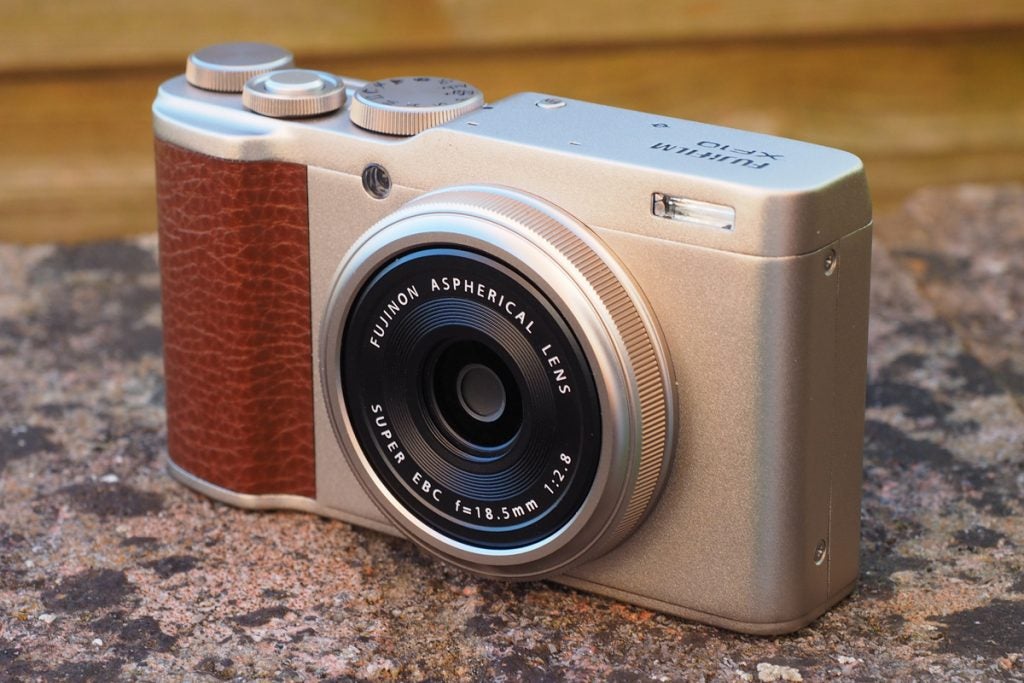 The autofocus motor in the XF10’s lens isn’t especially fast, but AF performance is still decent.

This isn’t really a sports or action camera, however. The maximum continuous shooting speed is 6fps, and the XF10 can capture only 13 JPEG images before its buffer fills up, which is pretty weak. There’s a lower-resolution 15fps 4K burst mode, though, where you can pick the best shot from a high-speed sequence.

Battery life is quoted as 330 shots, which is poor by DSLR standards but pretty much what you can expect from a compact or mirrorless camera.

The XF10 uses a regular CMOS sensor rather than the more advanced X-Trans design used in Fujifilm’s higher-end cameras, but it doesn’t seem to have much impact on the image quality, which is good.

The resolution is especially impressive, and the 18.5mm f/2.8 lens delivers distortion-free, edge-to-edge sharpness that you just don’t get with the kit lenses on interchangeable lens cameras. 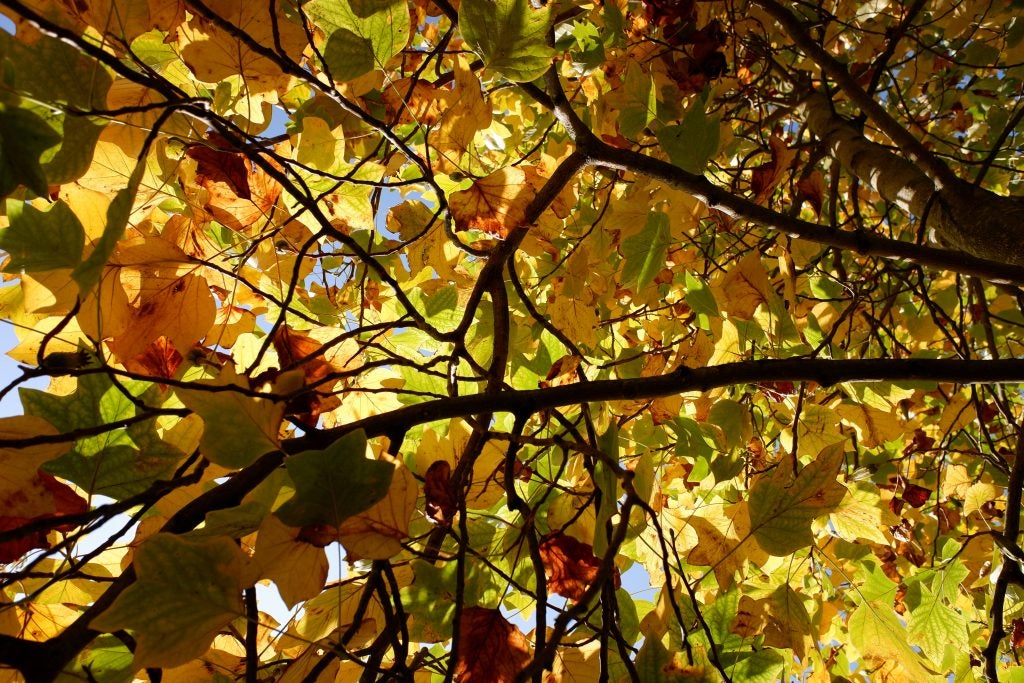 It may not have the X-Trans sensor seen in pricier cameras such as Fujifilm’s X-T3, but the XF10’s colour reproduction is excellent.

Fujifilm’s Film Simulation modes deliver a nice choice of renditions, with Provia offering a good standard rendition, for example. Velvia adds saturation and Astia softens the contrast. In addition, you get a good deal of control over dynamic range, with optional dynamic range expansion (up to 400%) and highlight and shadow tone control. Fujifilm cameras can be very effective at controlling high brightness ranges. 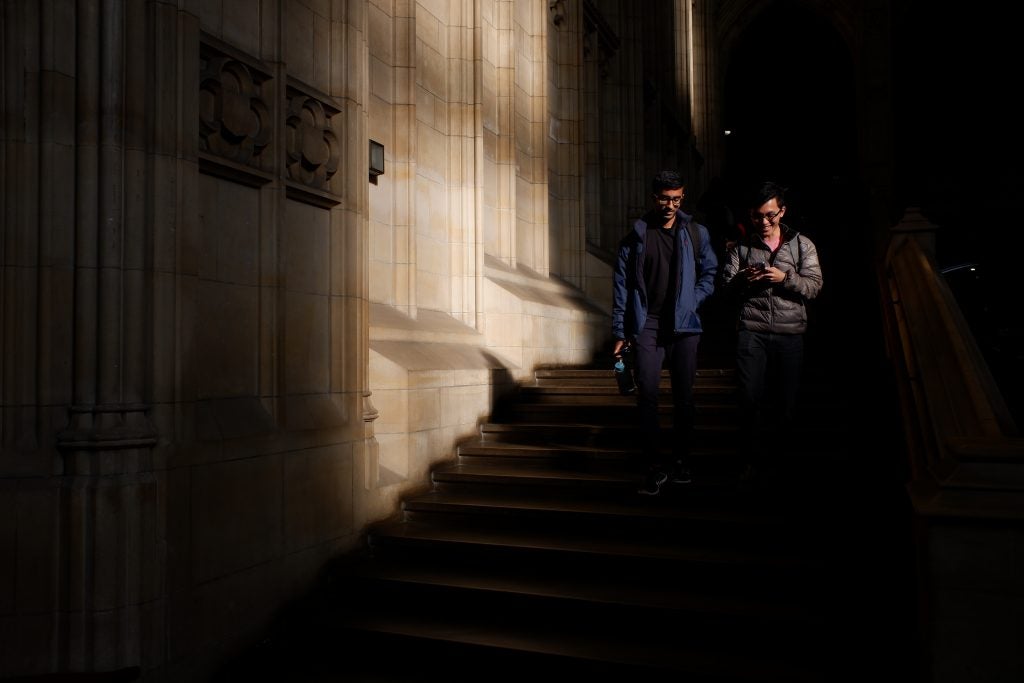 The high-ISO performance is impressive, too, which is arguably just as well, since the XF10 has no optical image stabilisation. The f/2.8 maximum aperture helps keep shutter speeds high in low light, but you still need to be ready to bump up the ISO.

The video features are disappointing by comparison. The XF10 does shoot 4K video, but only at 15fps. This doesn’t deliver smooth playback, so the practical maximum is 1080p video. Even here, the AF system is fairly slow to respond – and with no optical stabilisation, you need to keep the camera steady or use a tripod. 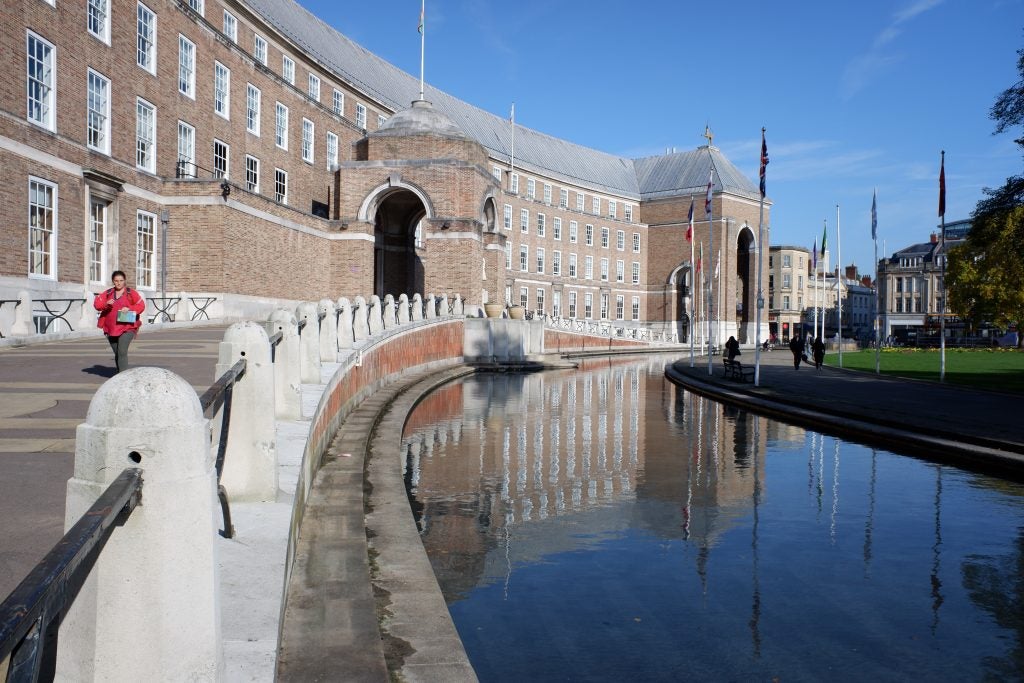 The XF10’s edge-to-edge sharpness trumps the performance of many DSLR or mirrorless camera kit lenses.

Why buy the Fujifilm XF10?

The XF10 is a pretty specialised kind of camera that’s extremely good at what it’s designed to be – namely, a high-quality, pocket-sized street/travel camera. However, it’s pretty limited at anything else.

Oddly, a camera with a fixed focal length lens isn’t always the limitation you might imagine. You’re not distracted by zoom settings, you start using your feet more, and you’re forced into being more inventive with your camera angles and compositions. Simplicity and constraints can actually encourage more creative picture taking. 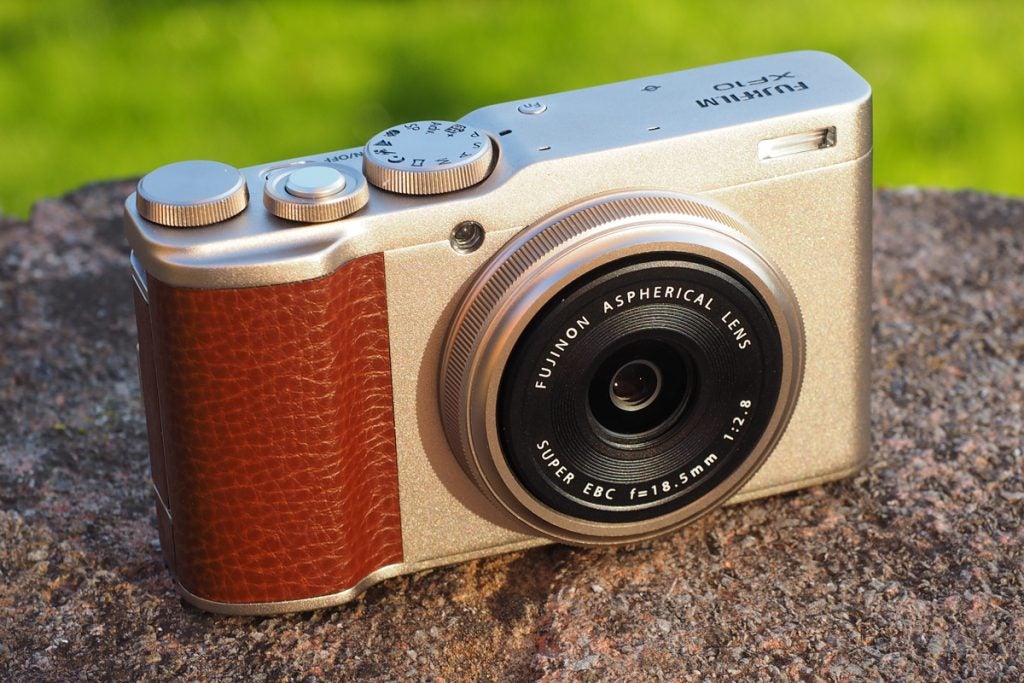 Unless you almost exclusively shoot street or travel photography, you probably wouldn’t get an XF10 as your main camera. But it does make a lot of sense as a pocket-sized second camera – an add-on to your existing system, or as a step up from a smartphone if you do mainly shoot those specific styles.

If you think of it as a specialised tool for specific situations, its limitations – no viewfinder, a fixed rear screen, a fixed focal length lens – become less important.

The Fujifilm XF10 has plenty of limitations, but it’s a pocket-sized street and travel camera rather than an all-rounder. Its slim body and terrific image quality are what really count. 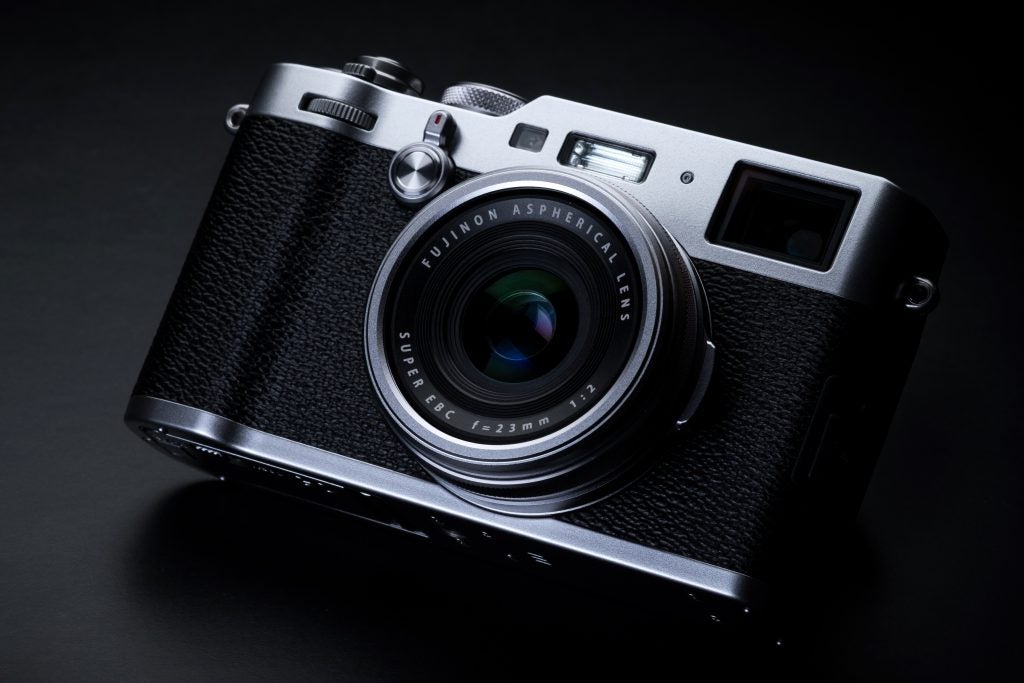 This is the XF10’s bigger, smarter brother, with a high-tech hybrid optical/digital viewfinder, traditional external exposure controls, a 35mm f/2 (equivalent lens) and a Fujifilm X-Trans sensor. The Fujifilm X100F is beautiful, but twice the size of the XF10 and more than twice the price at £1199. 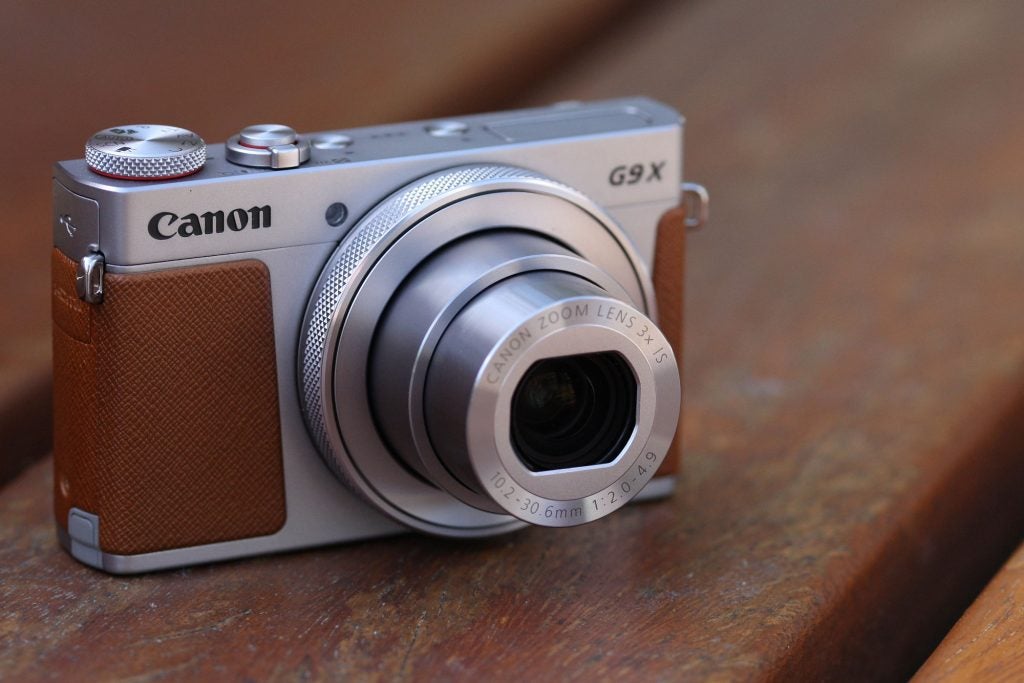 The Canon PowerShot G9 X II is cheaper than the XF10 at £379, even more pocketable, and comes with a zoom lens. The price you pay is a smaller one-inch sensor and a pretty weak f/4.9 maximum aperture at full zoom – but it’s more versatile.