As well as an EVF and an improved screen, the Fujifilm X30 offers a few predictable features, and some you might not expect in a camera of this size and class. Among the obvious extras is Wi-Fi, seen in plenty of Fujifilm cameras at his point.

Using the Camera Remote app for iOS and Android, you can transfer images wirelessly, and remotely control the X30. 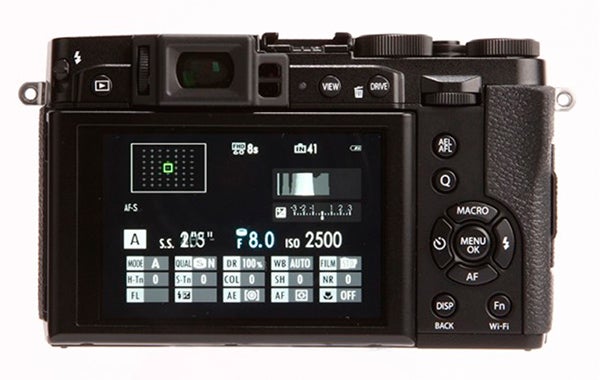 On the non-wireless front you get a wireless remote input and a 2.5mm mic jack. The latter is something not seen in cameras like the Sony RX100 III and Canon G7 X.

Fujifilm has also worked wonders on the X30’s battery life. Where the Fujifilm X20 is only rated to 270 shots off a charge, this camera is up to 470 — a huge increase. The X30 is a bit larger in every dimension than its predecessor, but only by a few millimetres. Neither is all that pocket-friendly. 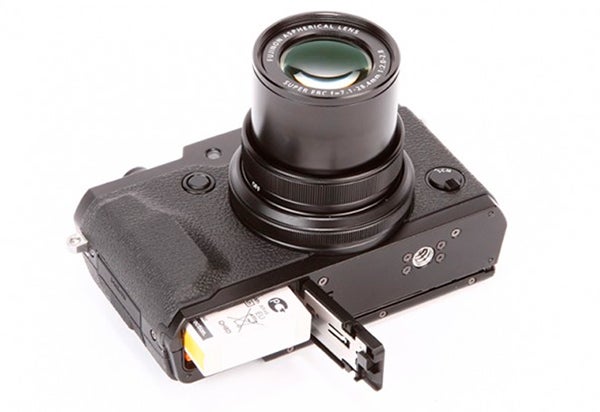 Plenty of tweaks have been made, but the surprise – and perhaps disappointment – is that much of the Fujifilm’s core hardware is the same as last year’s entry. The sensor and image processor are the same.

In terms of shooting performance, this is no issue: the Fujifilm X30 is fast. Its start-up time is 0.5 seconds and we found the hybrid AF system to be very snappy. 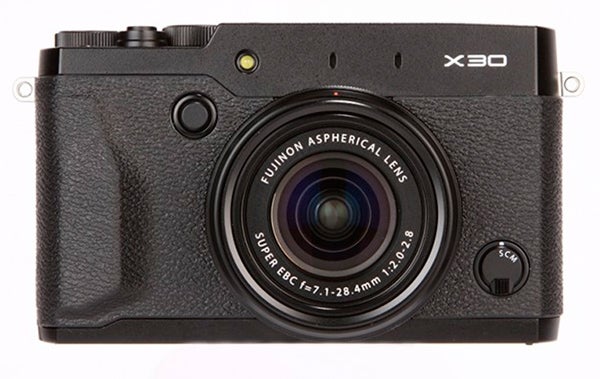 When it reverts to contrast detection there’s naturally a little seeking, but the Fujifilm X30 is able to lock onto areas of very little contrast effectively. Focusing is a touch slower at the further end of the zoom, but Fuji’s claim of 0.06-second AF performance didn’t seem a complete fiction in the right condtions.

When shooting JPEGs, you can get 12fps out of the EXR II processor or around 9fps when shooting RAW files. We found can only shoot in bursts of 12 shots before the Fujifilm X30 takes a breather to process the shots, but in terms of pure speed it’s a very good performance. 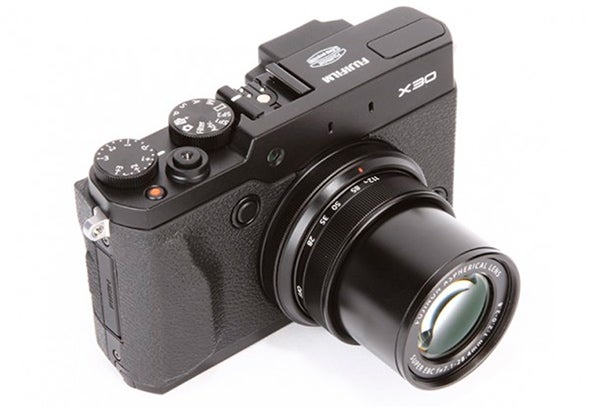 The Fujifilm lacks some of the lens speed of large-sensor rivals like the Sony RX100 III, though. You get focal range equivalent to 28-112mm, which is a fairly flexible, but with maximum apertures of f/2.0-2.8 throughout the range you lack some of the Sony’s wide open speed: it goes all the way down to F/1.8. The rivals from Sony and Canon also go wider. Having that 24mm wide angle option is probably more useful than a big of extra zoom.

What is really holding the Fujifilm X30 back, though, is the size of its sensor. While performance within its size class is great, there’s only so much you can expect from a 2/3-inch sensor. The Sony RX100 III and Canon G7 X have 1-inch sensors while the slightly more expensive Panasonic LX100 has a Micro Four Thirds sensor – although not all of it’s used. 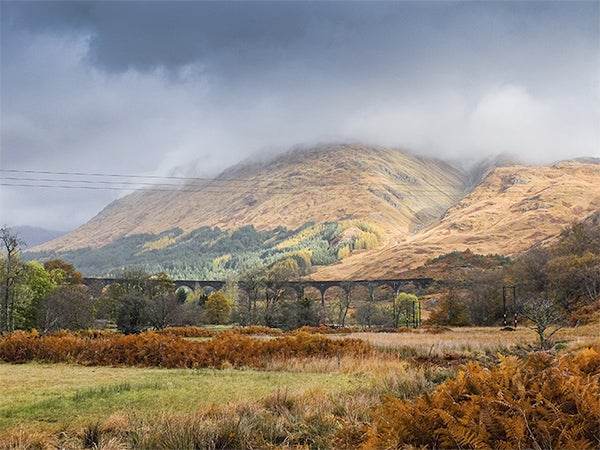 In daylight, detail capture and dynamic range are good, and the Fujifilm X30 uses a colour filter that stops the need for a detail-reducing optical low pass filter while reducing moire noise. However, in more challenging situations we start to see where the falls behind the larger-sensor competition.

High ISO performance just isn’t as good, with much noisier results than 1-inch sensor alternatives. Noise levels are very good until ISO 400, where we see luminance noise start to creep in. We recommend keeping the highest 6400 and 12800 modes for emergencies only: they are just too noisy. 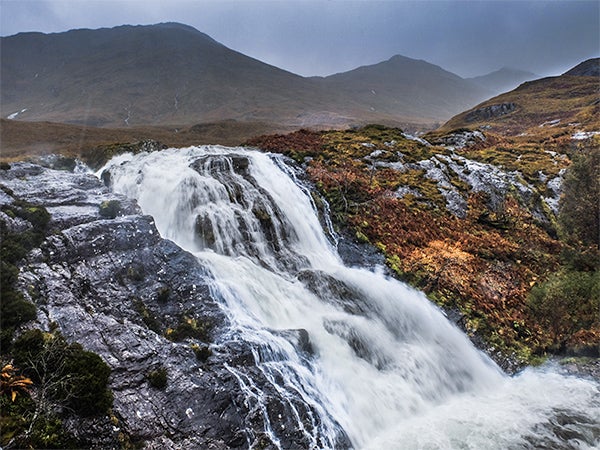 You get the same photographic performance as the Fujifilm X20. For some people, that’s more than enough when considered alongside the benefits of good handling, sound performance and a great EVF. However, in a class of large sensor compacts, the Fujifilm X30 sensor just isn’t looking all that large anymore.

The lower-light versatility of the larger sensor just isn’t here. Having said that though, dynamic range at base ISO is very impressive, beating the Sony RX100 III and Panasonic LX100 with 13.93EV. You can still produce some beautiful photos with the X30. It’s the sorts of conditions it’s equipped to handle that is somewhat limited. 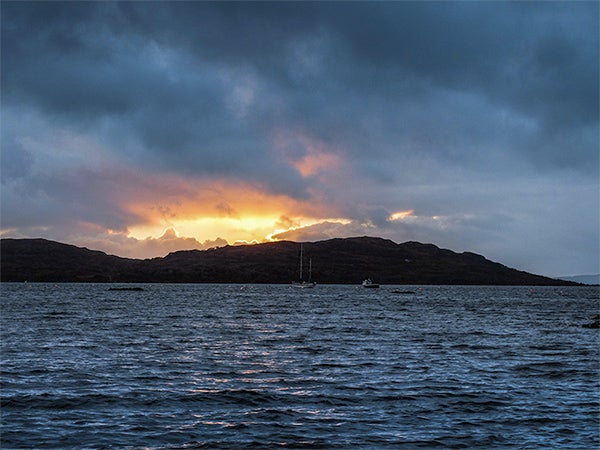 As with most new dedicated cameras of 2014, the Fujifilm X30 does not offer 4K video, which is becoming fairly common among higher-end phones. However, you do get the a 2.5mm mic input, while the zoom lens wheels are smooth to avoid any jarring moments when altering settings mid-shoot.

The hotshot on the top plate also makes it easy to attach an external microphone, and there’s a dedicated video button. 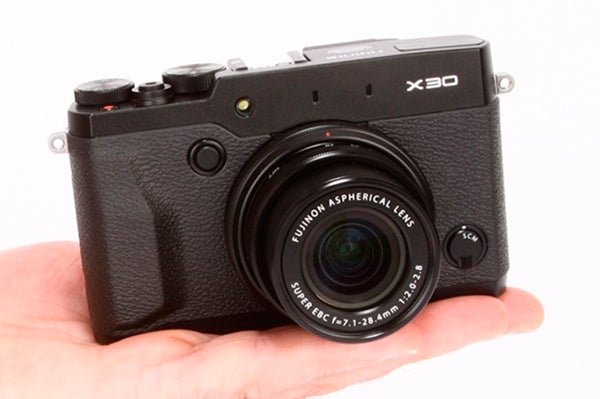 Should I buy the Fujifilm X30?

This year the competition has caught up with the Sony RX100 III range, which has offered the most attractive combo of small body and large sensor in a compact since 2012. However, the list of companies to rival it doesn’t yet include Fujifilm.

As it continues to use the same 2/3-inch sensor as the Fujifilm X20, the X30’s image quality just isn’t quite up there with the best. And that becomes all the more apparent as the lights go down. Among 2/3-inch-sensor cameras it’s great. But others fit larger, higher-performing sensors into even smaller bodies.

Image performance is the only serious criticism here, though. Otherwise the Fujifilm X30 is very enjoyable to use thanks to its strong controls and high-quality build.

The Fujifilm X30 is a strong compact, but doesn’t make the image quality improvements needed to match the best big-sensor performers.