Aside from retro values and controls, the hybrid viewfinder is a top-billing feature of the Fujifilm X100T. This is an optical viewfinder and an electronic viewfinder in one, giving you the benefits of each type of display with hardly any of the drawbacks.

Optical viewfinders are universally much more natural-looking than EVFs, but you can’t apply aids such as focus peaking (highlighting of in-focus areas) to a standard OVF, and outside of DSLRs they don’t cover the whole of the scene. In the Fujifilm X100T, the optical viewfinder covers 92 per cent of the lens’s world view, up from 90 per cent in the X100S. That’s not bad going. The EVF, though, offers 100 per cent. 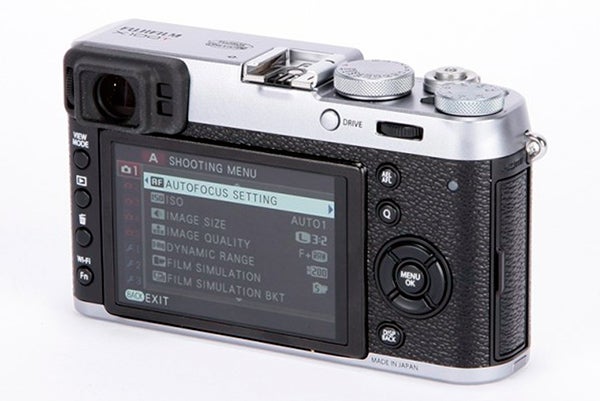 You can switch between the two viewfinders using a switch on the front of the camera, but the EVF can also be used to project elements onto the optical viewfinder. You can see things such as histogram data or the level reading while using the OVF, giving it that smart edge.

What’s new for the X100T, though, is being able to view a projected version of your subject in the bottom-right of the OVF display, complete with focus peaking. This is a fantastic way to accurately judge focus when doing so manually. It’s a bit like a picture-in-picture mode of a TV.

The Fujifilm X100 cameras have always had a hint of rangefinder camera feel to them, but the X100T brings that style with a new and thoroughly modern angle.

With a resolution of 2360K dots, the EVF is one of the best we’ve seen in its own right. It’s sharp, but still only an option, not mandatory, for those who can’t stand the digital look of electronic viewfinders.

After all the innovative excitement of the hybrid viewfinder, the Fujifilm X100T screen will seem a little ordinary. But it’s still pretty good.

You get a 3-inch 1040k-dot display with a 3:2 aspect ratio that sensibly matches the shape of the X-Trans sensor. There are no wrong moves made here.

It’s also a huge improvement over the Fujifilm X100S. Despite being a top-tier camera in Fujifilm’s range, the older X100S’s display resolution is just 460k dots. In that camera, the rear display quality seemed sidelined in favour of the viewfinder, but there’s no poor cousin to point out here. 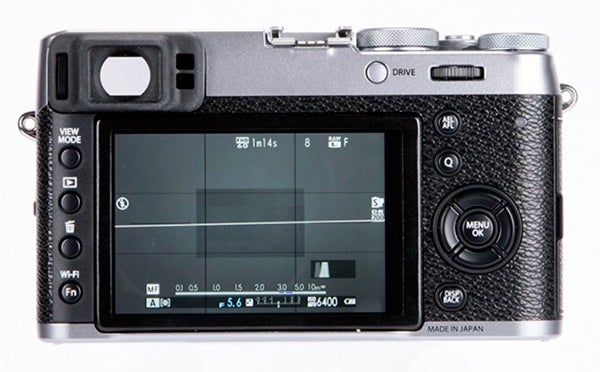 However, those expecting a change in design as well as quality may be disappointed. The Fujifilm X100T display does not tilt or swivel, and it’s not a touchscreen. It’s fairly easy to alter the focus point using the D-pad, though.

Fujifilm has made some important modernisations to the design, despite from the outside seeming to be a bit of a ‘stick in the mud’. One of our favourite tweaks is USB charging.

The microUSB socket on the X100T can now be used to charge the battery, which is an excellent improvement for holidaying gadget fans. It means you can carry around a giant external battery rather than one for your phone, and a spare battery for your camera.

You also get Wi-Fi, predictably enough, although not NFC. Wi-Fi lets you take and transfer pictures with a phone using a free Fujifilm app, although NFC would have sped up the pairing process a bit. It’s a neat extra, but not essential.

Before we tackle the shooting performance of the Fujifilm X100T, we’re going to take a quick look at the camera’s lens. For those familiar with the X100S, you’ll find the same one here.

It’s a 23mm f/2 fixed lens – no zoom – which is 35mm in the standard 35mm film format. This is a good all-purpose focal length that gives you a similar field of view to the way our eyes see the world. It’s not perfect for landscapes and some photgraphers prefer a bit more length for portraits, but a good 35mm lens can turn its hand to just about anything. 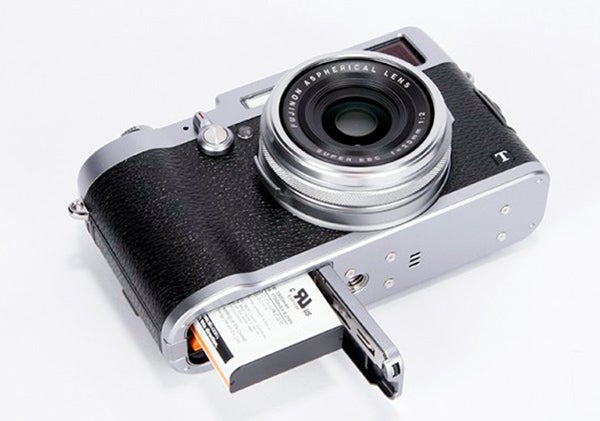 This is a very nice lens, too. As well as being fast, it offers very smooth, pleasant bokeh – that creamy out-of-focus quality you can get in the background when shooting a subject at wide apertures.

We did find that the Fujifilm X100T lens is a bit soft when shooting at f/2.0, but this isn’t always to the detriment of your photos – it can be a pretty flattering effect for portraits. None of us are as young as we used to be, and so on.

The lens is also prone to flare, and we recommend getting a lens hood if you’re going to be doing some serious photography with this camera. Fujifilm’s own accessories are pretty expensive, but with plenty of third-party X100/X100S accessories out there, you’ll be able to find what you’re after at significantly reduced cost.