What is the FujiFilm X-T10?

The FujiFilm X-T10 is a smaller alternative to the X-T1, one of the nicest compact system cameras money can buy. This one starts at £499 without a lens, making it half the price of its big brother.

Given the price disparity there are very few serious compromises. Image quality and AF performance are at the same level, and FujiFilm has not traded-away premium design. This is not an ‘entry-level’ plastic model.

The Panasonic G7 still has the edge for video-creators, offering 4K: something the FujiFilm X-T10
does not have. However, for stills specialists there are few better smaller-size cameras out there. 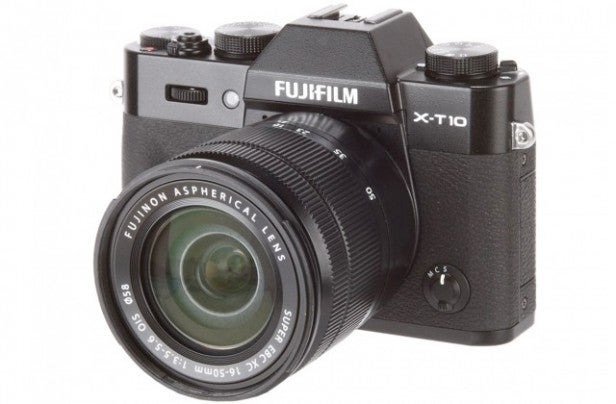 The FujiFilm X-T10 looks and feels a lot like an X-T1 that has been hit with the cutesy stick a few times and slimmed down in every dimension. It’s a bit boxier, and makes more of its two-tone style, the silver of the top plate extending further down the front.

It looks a little less serious than the X-T1, but its smaller scale is great if you’re after a less bulky model. It’s 10mm narrower, 7mm less tall and 6mm thinner. That’s not to be sniffed at if you’re going to be working with limited bag space most of the time.

The FujiFilm X-T10 is close in size to the X-E2, within the whole FujiFilm CSC range. 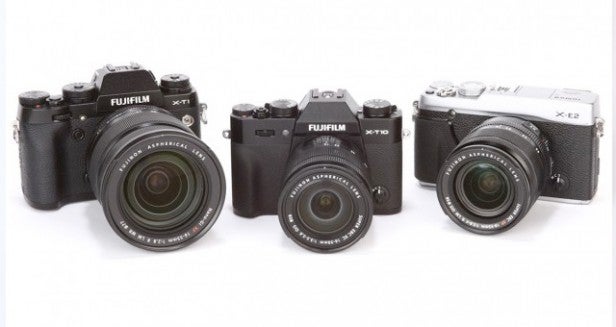 It’s also the smallest to offer high-end construction. Where the X-A2, X-M1 and X-E2 have plastic bodies, the FujiFilm X-T10 uses a magnesium alloy shell like the top-end models. This lends the camera a more expensive, tough feel.

Just feeling like a camera you can be proud to hold and own is part of it, though. The FujiFilm X-T10 is not weather-proofed, meaning it’s not designed to shoot in torrential downpours without risk of some moisture getting into the insides. Of course, this is not something you get with any of the X-T10’s main rivals: the Panasonic G7, Sony A6000 and Olympus OMD-EM10. 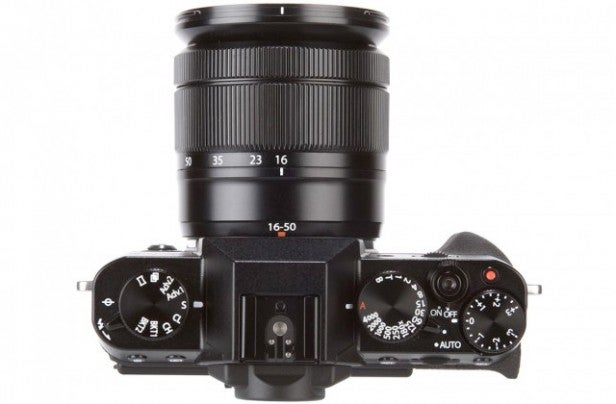 For a smaller camera, the FujiFilm X-T10’s handling is great too. While not as pronounced as the X-T1’s, it gets you a very secure grip for its smaller-body style.

What actually sets the FujiFilm X-T10 apart, though, is its wealth of manual controls. Like the magnesium alloy construction, this is something it shares with FujiFilm’s most expensive CSCs.

It has dedicated dials for exposure and shutter speed on the top plate. There’s not a dedicated aperture dial too, but several of FujiFilm’s lenses have an aperture ring anyway. There are additional control dials on the front and back, positioned for use with your thumb and forefinger. 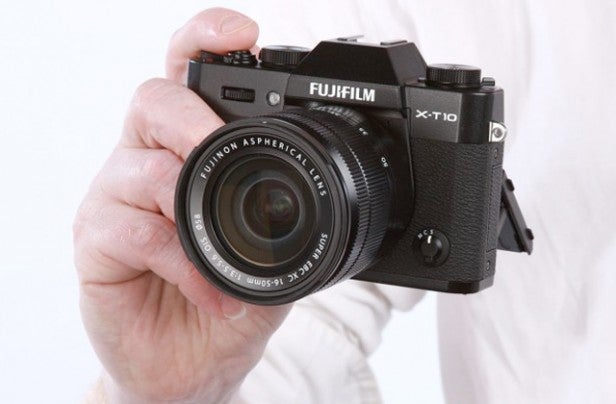 You get full DSLR-style control with the FujiFilm X-T10. However, there is some room for improvement in these dials. They do feel a little loose and imprecise, perhaps because the hardware is also designed to let them work as buttons: they can be depressed. Of course, this makes them even more versatile, but they miss out on some of the mechanical, satisfyingly clunky feel you may be after.

Manual control is very complete-feeling, though, with additional customisable buttons offering easy access to all parameters. Sounds intimidating? While you’re missing out if you don’t use some of the FujiFilm X-T10’s manual control there is an Auto mode accessible right from the top mode dial. And a dedicated video button.

Next
Screen, Performance and Features Review