The design of the X-T1 is excellent. Just like the rest of the X-series, its magnesium alloy body is robust and well-made and as soon as you pick it up the camera feels very special in the hand – small but still affording a solid grip.

Sitting on the top-plate is a complement of beautifully machined aluminium dials. These adjust ISO, shutter speed and exposure compensation, with the latter offering just enough resistance to stop it being knocked out-of-place.

Added to this is a fairly chunky but still comfortable grip, which combined with a sizeable thumbrest at the rear, gives a first-class feel – Fujifilm really has paid great attention to detail.

The X-T1 is a tough cookie, too – it has no less than 75 weather seals and can work in temperatures as low as -10°C. The 18-55mm f/2.8-4 R LM OIS XF kit lens isn’t weather-sealed but, going by Fujifilm’s lens road map, we can expect three weather-resistant (WR) lenses to arrive by July.

If you are new to the X-series it may take you a little while to become familiar with the dials, the layout of buttons and the interface. For instance, to use aperture priority you have to set the shutter speed dial to ‘A’ before the aperture can be controlled via the lens aperture ring. Similarly, the lens must be set to its ‘A’ before shutter priority mode can be used. If both are set to ‘A’ you are in Auto mode. 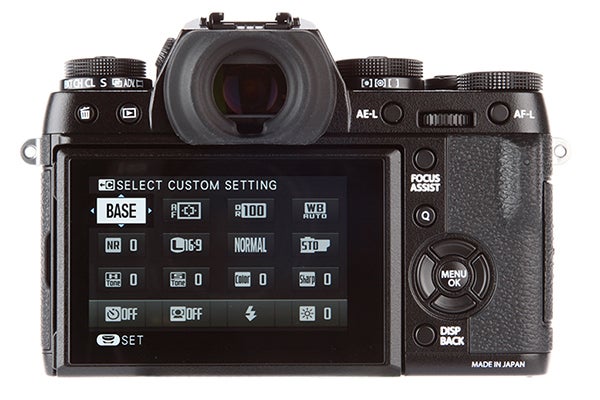 There is a large rubber eyepiece around the viewfinder while the Q-menu button is positioned very close to where your thumb lays to rest for instant pull-up of settings such as white balance, film simulation, dynamic range and AF.

These are adjusted by the front and rear control dials. The four-way controller at the rear lacks icons, but that’s because they’re all customisable.

Set to default they control Film Simulation, Macro, White Balance and the position of the AF point, but they can be set access image size, image quality, Wi-Fi, Face Detection, self timer or preview depth of field. 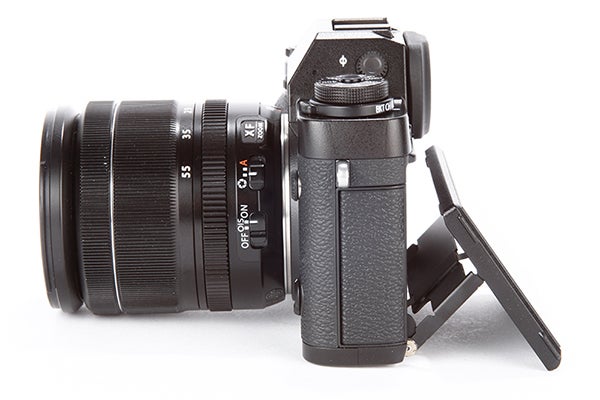 The 256-zone metering system is the same as used in the X-Pro1, X-E1 and the X-E2. It ties in with the camera’s three metering modes – Multi, Spot and Average – which are on a separate dial below the shutter speed dial.

In the main, the metering system delivers pleasingly accurate exposures and even when shooting towards the light won’t underexpose or overexpose. When doing so, the dynamic range settings were used before dialing in between -0.7-1.3EV.

However, exposure compensation will rarely be needed unless a scene is especially bright or dark. As a way of visually checking exposure, setting the display mode to custom can access a histogram on the rear screen. Alternatively, exposure can be revealed in playback mode. 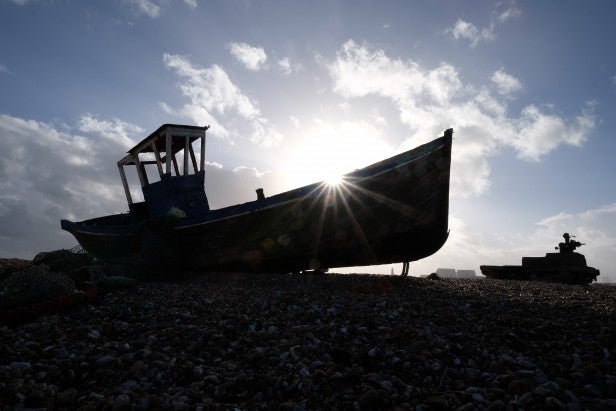 As mentioned, the X-T1’s AF system is an impressive performer, being more responsive than even the X-Pro1 and X-E1. In single AF mode it is livelier than the Sony Alpha 7R too, particularly in low light, and more in keeping with the speed of Panasonic’s Light Speed AF system on the Lumix GX7.

However, it can’t compete in terms of the coverage of AF points across the frame. Although 49-points doesn’t sound bad, the X-T1’s coverage doesn’t meet the far corner of the frame. Also, because the X-T1 doesn’t support a touchscreen, the positioning of the AF point is achieved in the old way via the four-way control buttons. That said, there’s the option to alter the size of the AF point to one of five sizes.

The 2.36-million-dot EVF, which is supported by a newly designed Graphic User Interface (GUI), is quite an offering.

To start with it’s larger than the optical viewfinder on Canon’s flagship DSLR, the EOS 1DX. From the moment you raise the camera to your eye it takes less than a second for the eye sensor to switch the screen feed. The 0.77x magnification makes the view crisp and clear, and by offering 100% coverage you see exactly what the sensor does.

Adding to this there’s the ‘VERICAL’ mode whereby the EVF determines when you’re shooting in portrait orientation and rotates the shooting information fittingly. Switching from AF to MF instantly applies the viewfinder’s ‘DUAL’ mode that splits the screen in two.

Lag is handled well with information displayed on a dark background. The 3-inch 1,040k-dot resolution rear display is faultlessly sharp.