The first impression of the X-M1 is that it quite clearly continues the trend of Fujifilm’s X-series to produce cameras that have a distinctly retro feel. Once again, this is a pleasing look that can be tailored to suit your tastes through the choice of three different colour schemes – silver and tan, silver and black and solid black.

Although the retro design is shared with the other cameras in the X-series, when it comes to the model’s control layout the X-M1 has had something of an overhaul. 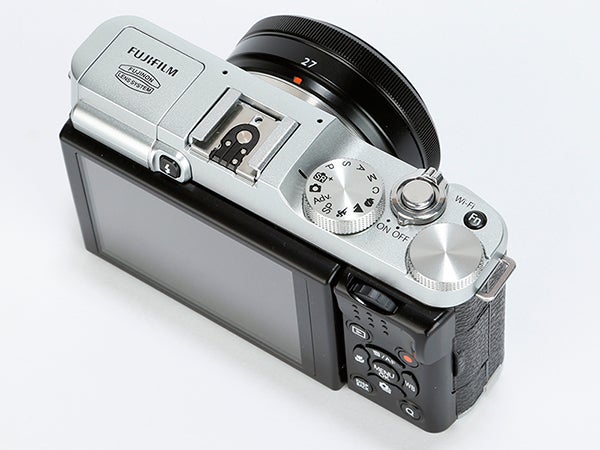 Gone is the dedicated shutter speed dial on the model’s top plate is replaced with a more familiar mode dial. This mode dial also offers access to the camera’s automated shooting settings – another new feature aimed at the entry-level shooter.

The top plate is also the location of a second control overhaul. Where previously there was a dedicated exposure compensation dial now sits one of two control dials, the second of which sits just behind it on the rear plate at a 90 degree angle.

These two dials offer control over the shooting settings when capturing images and provide a user experience more in keeping with other DSLRs and CSCs, and thus should make the X-M1 more accessible to the entry-level photographer. 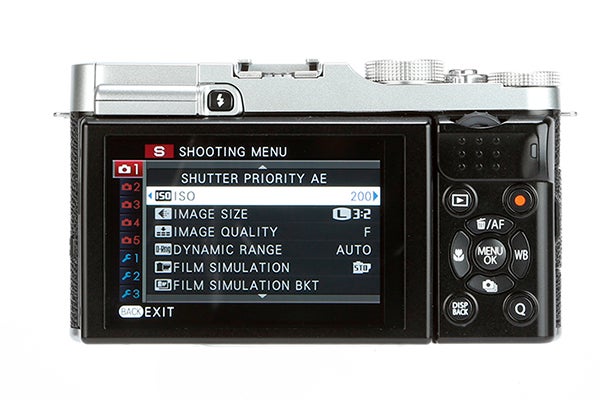 Although these control are somewhat of a departure for the X-series, the combination of the two dials, along with a prominent Fn button and host of control on the rear of the camera, make for a comfortable shooting experience.

The body of the X-M1 itself is substantially smaller than other X-series models such as the X-Pro1 and the X-E1. In fact, with the new XF27mm pancake lens attached the X-M1 is smaller that the X20 compact camera, which featured just a 1/2.3in sensor.

Although the X-M1 appears to be made from metal, the top and bottom plates are both plastic. However, the textured leather front plate and substantial buttons all create a quality feel for the camera, while the plastic plates do keep the weight down in conjunction with the small size. 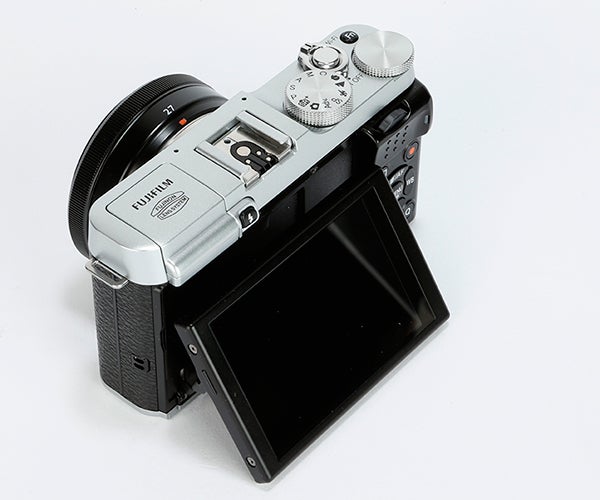 As the X-M1 lacks a viewfinder, its screen needs to be good enough to compensate.

The good news is that the 3-inch display offers a level of performance that’s in keeping with its rivals. Colours are faithful and the contrast pleasingly deep, while the fact that the aspect ratio is the same as the sensor means that the image fills the whole display – a small but useful bit of detail.

The addition of the tilt-angle display helps, too, especially when shooting at high or low angles or in particularly bright conditions. This doesn’t totally excuse the absence of a viewfinder, or the lack of an optional unit, but it helps.

Previous models in the X-series have displayed certain issues with the performance of their AF systems. In fact, the X-Pro1 benefited from a substantial firmware update some time after its release which, while tending to this issue, did also acknowledge it. 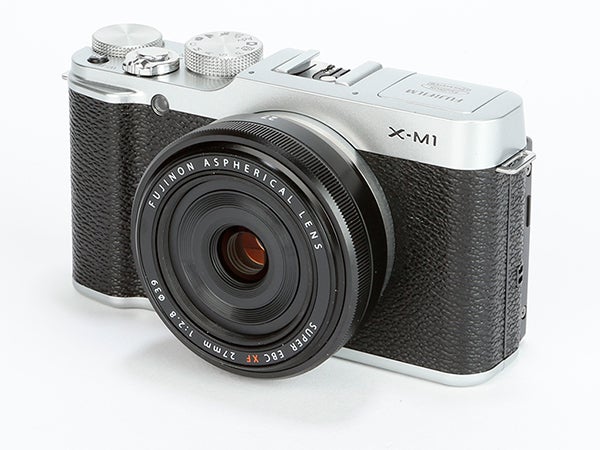 The X-M1’s focus performance is generally solid, although it’s certainly not as snappy as some of its rivals. The system does, however, benefit from a versatile control system that allows you to scroll through a range of different modes and settings to suit a scene.

There’s also the camera’s Focus Peaking mode that offers some real assistance to the manual focus setting. When using it, a useful white halo appears around the in focus areas to aid the whole process.

The X-M1’s control set-up is such that the camera is a pleasure to use: the range of body-mounted controls offer quick access to the main shooting functionality, while a comprehensive quick menu makes accessing any other settings a breeze.