The X-H2S brings with it a large number of upgrades for Fujifilm’s X Series, including a faster processor, a stacked image sensor and improvements to its burst mode and autofocus algorithm designed to give it a leg up in the high-speed photography market.

The X-H2S marks the fifth generation in the series and brings with it the new X-Trans CMOS 5 HS stacked image sensor and the X-Processor 5. There are also notable improvements in its burst mode and autofocus, as Fujifilm aims to push further into the high-speed camera market.

I had the opportunity to test out the camera ahead of Fujifilm’s launch event this May. All image samples shared in this review were shot on a prototype version of the camera.

The Fujifilm X-H2S measures 136.3 x 84.6 x 92.9mm and weighs 660g, making it a relatively compact and lightweight camera. I had no issues carrying the X-H2S around and found it put significantly less strain on my arms than some flagship mirrorless cameras, such as the Nikon Z 9.

The X-H2S has a large textured grip designed to support larger lenses, which helped the camera feel secure in my hand even without a strap. It also includes more durable buttons than the X-T4, along with a weatherproof design that held up well under the sudden bout of heavy rain that fell as I was wandering around London’s Covent Garden.

There’s also five-axis in-body image stabilisation with an up to 7.0-stop advantage to support hand-held sports and low-light photography.

The camera features a 0.5-inch OLED colour electronic viewfinder with a 5.76-million-dot resolution, 0.8x magnification and a frame rate of 120fps.

There’s also a 3-inch LCD touch display with a 1.62-million dot resolution that can be rotated and tilted when shooting at different angles, which I found to be bright and responsive.

The X-H2S actually has fewer dials and switches than the X-T4 before it, with more customisation options squeezed into the camera itself. I appreciated the reduced number of physical buttons as it made the physical design of the camera feel a lot more streamlined with only the necessary controls on display.

As far as connectivity goes, there’s an HDMI Type-A input, a USB Type-C port and a 3.5mm headphone and mic jack. There are also two memory card slots, with support for CFexpress Type B as well as the usual UHS-II SD card.

The X-H2S is powered by Fujifilm’s newest processor and image sensor pairing: the X-Processor 5 and the X-Trans CMOS 5 HS.

The X-Processor 5 aims to improve the image quality, lower the power consumption and speed up the performance of the camera compared to that of previous X Series shooters.

It also brings with it support for the HEIF file format, which are smaller than JPEGS without compromising on quality, but they do present some challenges for PCs. I got around this by uploading the images to my Mac, but PC users will likely need a third-party program like Photoshop or to convert the files in camera to read them.

The X-Trans CMOS 5 HS, meanwhile, is a stacked 26.15-megapixel sensor that offers faster performance than the CMOS 4, along with support for a 40fps blackout-free burst mode and the ability to record video in 6K/30p or 4K/120p.

I found images shot on the camera to be bright and sharp, with vivid colours and a decent amount of contrast on show.

The hands-on environment made it tricky to really put the burst mode to the test, as there weren’t too many fast moving vehicles or animals around. You’ll have to wait for our full review for the final verdict on that.

I did, however, get a decent feel for the autofocus during my time with the X-H2S.

The camera sees improvements in AF performance and algorithm, making it 3x faster than that of the X-T4 and better AF overall for moving subjects. Subject-recognition AF also makes it possible for the camera to detect and track cars, motorcycles, planes and trains, as well as humans and animals.

I found the AF did a decent job of latching onto people and cars slowly making their way through central London and following them throughout the frame. I was particularly impressed by how quickly it was able to detect and track human faces.

The camera is equally fast to hone in on other subjects like flowers and signs, though it didn’t always grasp on exactly where I wanted it to. Thankfully, the touchscreen made it easy to enough to adjust the focus and there’s a joystick to set focus points too.

The X-H2S comes with the NP-W235 Li-on battery included, which Fujifilm claims will keep you going all-day, though I wouldn’t be able to confirm this from the hour or so I spent with the camera.

The company is also releasing a vertical battery grip and a file transmitter grip accessories for those looking to upgrade the camera’s battery life by up to 3x or extend performance in warmer climates.

The X-H2S brings with it a large number of upgrades for Fujifilm’s X Series, including a faster processor, a stacked image sensor and improvements to its burst mode and autofocus algorithm designed to give it a leg up in the high-speed photography market.

You’ll have to wait for our full review to hear our final verdict on the mirrorless camera. 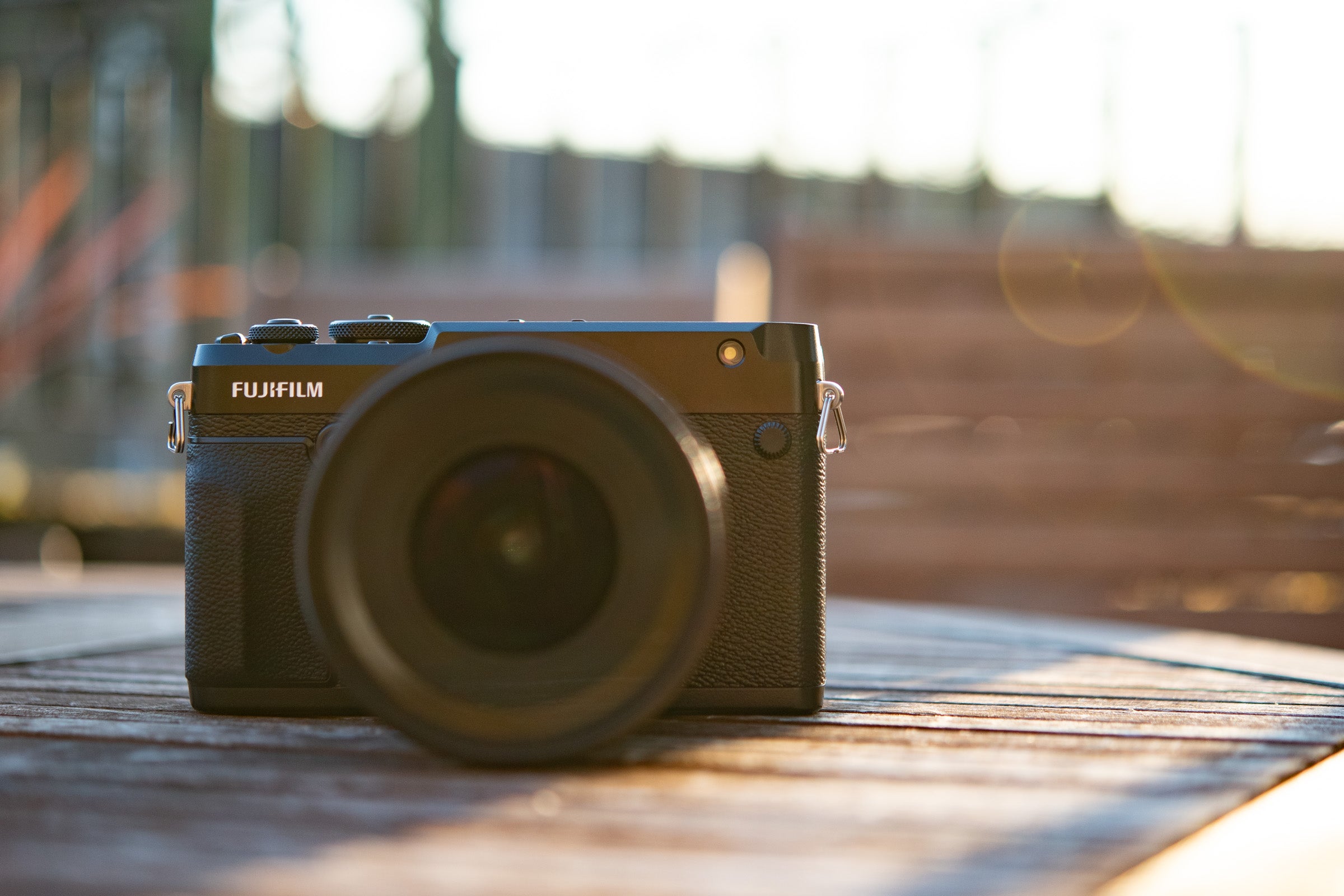 Mark Wilson 3 years ago
A 'hands on review' is our first impression of a product only - it is not a full test and verdict. Our writer must have spent some time with the product to describe an early sense of what it's like to use. We call these 'hands on reviews' to make them visible in search. However these are always unscored and don't give recommendations. Read more about our reviews policy.