One of the real hallmarks of Fujifilm’s X series, and one that has gained the series so many plaudits, is its distinctive retro design.

The Fujifilm X-E1 was one such model, and therefore it’s no real surprise to see that Fujifilm has stuck to the tried and tested formula. In fact, apart from the change to the model number it’s very difficult to tell the difference between the two.

This means that the X-E2 retains the characteristic manual controls located around the camera’s body. These include a distinctive aperture ring around the lens dial and a pleasing shutter speed dial on the camera’s top plate. These can either be used independently in Shutter priority or Aperture priority mode, or in conjunction in full manual shooting mode. 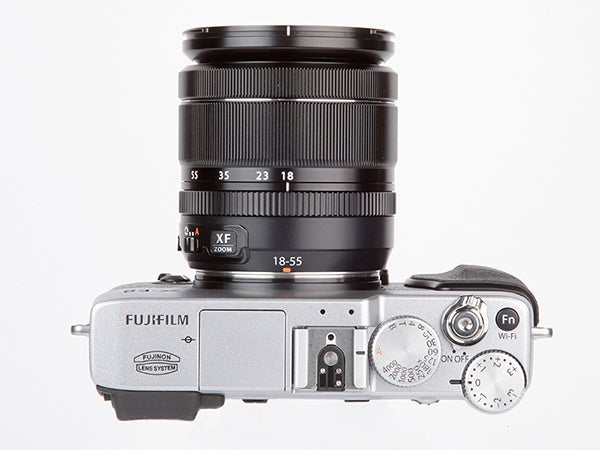 Move to the rear of the camera and you’ll find one of the major changes. As a result of the increase in the model’s screen size, there’s less real estate for control buttons and as such the buttons that are there are shrunk in size.

There have also been a few small changes in terms of the button location. The familiar Q.menu button has been moved above the screen, and in its place move independent AF-L and AE-L exposure and focus lock buttons. 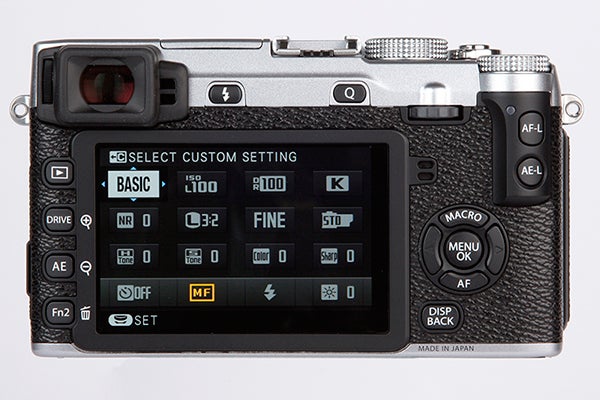 One button that has been removed is the ‘view’ button, although much like its predecessor the X-E2 features a responsive eye sensor so you’ll barely miss its presence.

The XE-2 feels strong and robust thanks to a magnesium die-cast front and top cover. The kit lens that ships with the Fujifilm X-E2 completes this robust feel, as although it is a touch noisy it’s a quality bit of kit.

It also manages to handle well thanks to the addition of a rubber grip on the camera’s front panel. It does hamper the final design of the camera somewhat, but it considerably improves the handling of the camera in comparison to its predecessor. 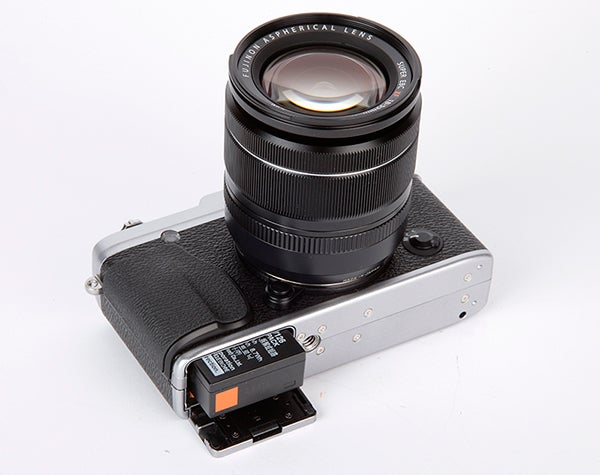 On the face of it it could be easy to criticise the X-E2 for not featuring the same hybrid viewfinder as that seen on its X-Pro 1 and X100S stablemates. However, as soon as you raise the X-E2 to the eye you’ll realise that its OLED EVF is more than capable.It offers an impressive resolution and good colour rendition while the bump in its refresh rate up to 50fps is instantly noticeable, delivering a smooth viewing experience.

The LCD screen is another area of development, and an area in which the X-E1 certainly required improvement. Now with a resolution of 1,040k-dots, the LCD is more than competitive with rival models. In real life situations the screen delivers crisp images and a good level of sharpness, while it’s engineered to sit flush to the rear of the camera and as such adds to the overall look and feel of the camera.

One of the areas that the X-E1’s bigger brother the X-Pro 1 was criticised was its AF performance. Fujifilm clearly took this criticism on board as the X-E1 featured an enhanced AF algorithm and as such delivered more impressive results.

That being said the AF speed on the X-E1 still wasn’t that impressive in comparison to competing models, so it’s no surprise to see that Fujifilm was once again revisited the AF algorithm on the X-E2. 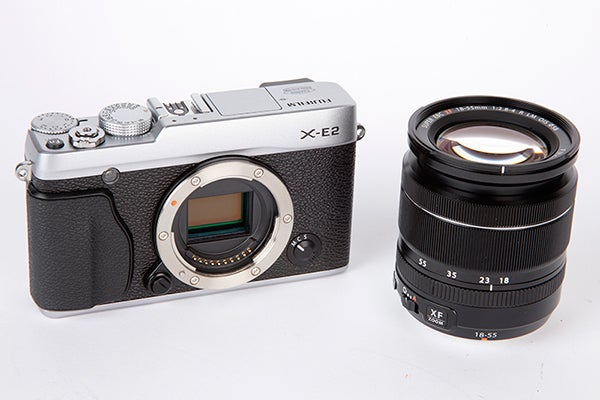 The result is a significant improvement in general AF performance, and in particular the AF performance in low light conditions. The X-E1 really used to struggle in difficult lighting conditions, however the X-E2 copes admirably.

In good lighting conditions the AF speed is also generally improved, and on the whole is a much improved experience. That being said, the AF speeds aren’t quite class leading and if you were to compared the set-up to Panasonic’s Light Speed AF you’d see the latter surely triumph.

The camera’s continuous AF performance is also improved, and this is most keenly felt when utilising the camera’s HD video capture functionality. The X-E2 tracks moving subject well, and that’s to the near-silent AF motor on the lens it creates a good video shooting experience.

A faster burst mode allows up to 7fps, at which the camera can record 8 frames until the buffer fills when shooting Raw.

If you’re happy to shoot just JPEG files, the buffer extends to 19 frames, and when you consider that the X-E2 is unlikely to be purchased as a sports camera this performance is more than respectable.