What is the Fujifilm Instax Square SQ6?

Until now, you’d only have found the film in Instax printers and digital cameras (such as the SP-3 or the SQ10), or in Lomography cameras.

With its choice of three smart colours, which give it a more premium look than the more child-like members of the Instax family, the SQ6 is here to broaden the range’s appeal to more fashion-conscious snappers and selfie fans.

With simplicity in mind, the SQ6 offers a fixed lens, just a few shooting modes – and not a whole lot else. It retails for a reasonable £125, while ten-packs of film can be picked up for about £9 each. 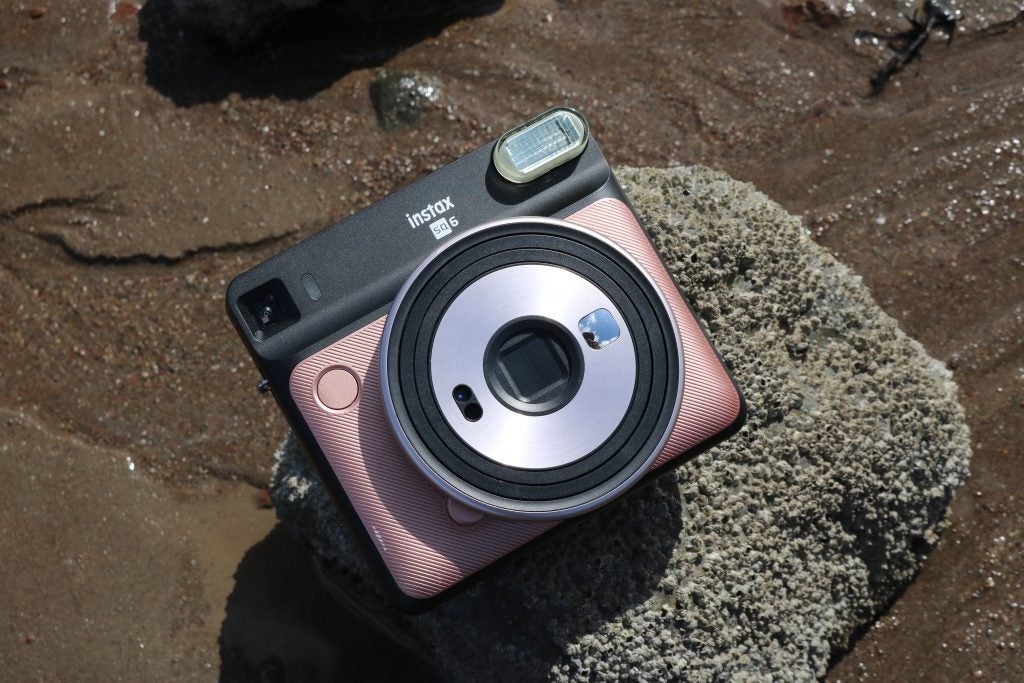 Instax has really gone to town with the “square” idea for the SQ6 – the overall shape is a sort of rounded-off square design. While not exactly pocket-friendly, the SQ6 will fit fairly neatly into a small bag.

The camera needs to be reasonably large to accommodate the film pack, but manages to be smaller than its nearest rival, the Lomo Instant’Square.

Speaking of film, using Instax really is as simple as it’s possible to get. Pop open the back of the camera and line up the square film cartridge using the yellow markings on both the film and the camera body. Shut the film door and you’re pretty much ready to go.

There isn’t a huge array of shooting modes available here – everything is designed to just shoot and go. By default you’re shooting in fully automatic, but flip to the rear of the camera and you can choose between ‘selfie’, ‘macro’ (those two are essentially the same mode, in fact) and ‘landscape’ modes, double exposure, and the option to make your shots either lighter or darker.

You’ll also get options to switch on a self-timer or turn off the flash (it’s on by default, and you’ll want to leave it that way unless you’re shooting in super-bright sunshine).

The shutter-release button is on the front of the camera, and actually works most ergonomically when you’re pointing the SQ6 at your own face to take a selfie. Speaking of which, there’s a small mirror on the lens itself to help you line up your fizzog appropriately.

A teeny, tiny viewfinder will help you the rest of the time. But it’s basically just a hole in the camera, without any optics, so use it with caution. You’ll learn with repeated use what you can generally expect to capture in a frame. 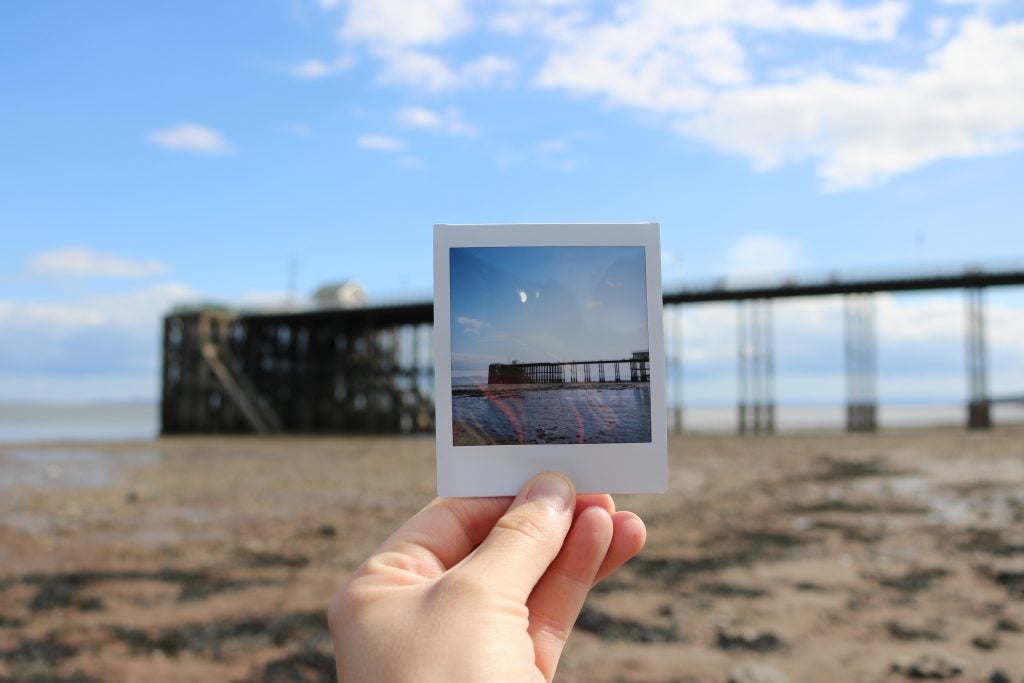 If you’re looking for something that produces super-sharp and perfectly exposed images, then clearly the SQ6 isn’t the camera for you. But it isn’t that market that Instax is aiming at.

Instead, the company wants to appeal to those who like a quirky, analogue, one-chance-to-get-this-shot type of crowd. And to that end, it delivers extremely well. It’s quite probably the best Instax camera on the market, in fact.

Instax prints aren’t to everybody’s tastes, but colours are pretty vibrant, and there’s something to be said for holding a print in your hand. That said, exposure and focusing can sometimes be so far off so as to render your print useless.

That’s all fine and dandy, and you do get better at getting the most from the SQ6 the more you use it. However, each and every mistake is going to cost you. At £9 a pack, each mistake will cost you 89p, in fact. But still, that’s all part of the fun, right?

If you’re somebody with a penchant for instant photography, then the Instax Square SQ6 is one of the better examples of the genre. It’s quite probably the best – if you like that kind of thing.

When you get it right, pictures are charming. And while it certainly isn’t going to be something you’ll use for every photo (think of the expense!), for special shots, or at least those that you want to stick on the fridge, it’s a nice little performer.

While Instax film is going to set you back £9 a pop, at least the initial outlay doesn’t sting quite so much. At £125, it’s almost an impulse purchase.

If you like the idea of Instax Square film, but prefer a bit more predictability, look into the Instax Share SP-3 printer (£155), which lets you create the same size Instax prints from your phone instead.

A fun and quirky instant camera that may not produce perfect shots every time, but it’s oh-so-fun to use – the SQ6 is the best instant camera so far.

Leica’s first (and only) instant camera, the Sofort is one of the only ways mere mortals can afford a slice of its premium camera pie. It’s easy to use – being pretty much point and shoot – and looks classy too. Note that the smaller Instax Mini format doesn’t give you much space to work with, however.

Lomography’s Kickstarter-funded Lomo’Instant Square was the world’s first analogue camera to use Instax Square film. You can also use the Mini format with a nifty back design that can be changed. A little more complicated to use than the Instax Square SQ6, it’s design is sure to attract attention when you’re using it.