What is the Fujifilm HS50 EXR?

Fujifilm’s HS series of bridge cameras has long proved popular with consumers, owing to its DSLR-esque design and control set-up, as well as offering features that are right up there with the best that bridge cameras have to offer.

With its 42x optical zoom, adjustable LCD screen and 1080p video mode, on paper it’s the most versatile alternative to a DSLR around. Does it justify its £400 price tag? 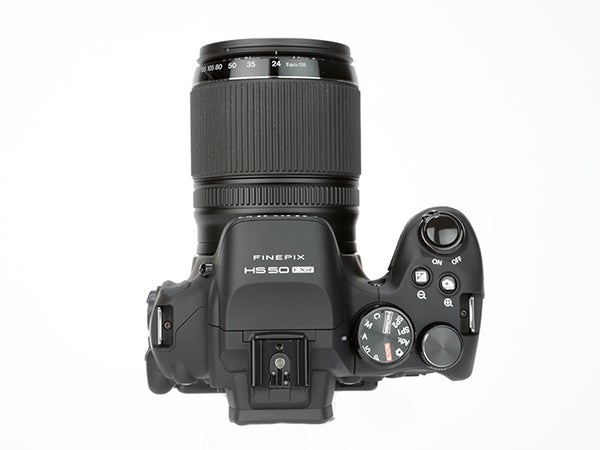 At the core of the Fujifilm HS50 EXR sits a 1/2-inch EXR CMOS II sensor featuring a resolution of 16MP. As the moniker suggests, the sensor features Fujifilm’s EXR technology, which allows the sensor to adjust to optimise for either ‘High Resolution’, ‘Wide Dynamic Range’ or ‘High Sensitivity and Low Noise’ shooting conditions.

The EXR label extends to the camera’s ‘EXR II’ processor. The processor enables an impressive burst rate of up to 11fps – albeit for a maximum of six frames at full resolution – along with a claimed start-up speed of just 0.5 seconds.

One of the impressive elements of the HS50 EXR’s specification is the model’s AF performance. Fujifilm claims that focusing times are as little as 0.05 seconds, and as such are the world’s fastest in a compact camera.

This blistering AF performance is possible thanks to the Intelligent Hybrid AF system, which incorporates sensor-based phase-detect pixels, and the aforementioned EXR II processor. 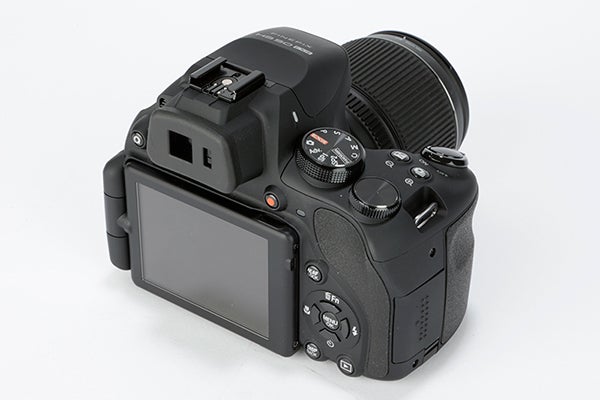 One of the other key elements of the Fujifilm HS50 EXR’s specification is the model’s large 42x optical zoom. It covers a focal range of 24-1000mm, has Optical Image stabilisation, as well as offering a manual rotation operation akin to a DSLR lens.

The HS50 EXR comes with the added benefit of being able to capture Raw files as well as JPEGs, while the model’s 1080p HD video capture is compatible with a frame rate of up to 60fps.

Among the HS50 EXR’s shooting modes are both the conventional PASM manual settings, as well as a host of automated shooting modes for those with less shooting experience that want to let the camera do the work for them 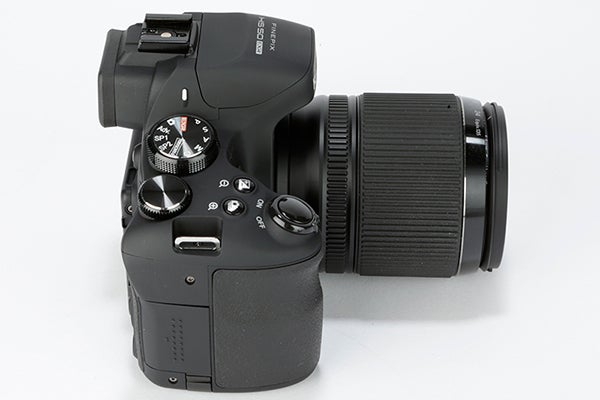 The first thing that strikes you about the Fujifilm HS50 EXR is its DSLR-like design, The model has a large and pronounced grip that, along with the large space on the rear where you can rest your thumb, allows for a firm handle over the camera in operation.

Another pleasing feature is the rubber-like casing and body of the HS50 EXR, as opposed to the more matt plastic finishes as seen on the HS50 EXR’s competitors. The grip is also finished in a mottled rubber, and thus also provides decent purchase.

As mentioned previously, the HS50 EXR features a manual operation zoom very much in the fashion of a DSLR. The lens itself has a deeply ridged rubber ring around its centre, allowing for a good grip when rotating the lens. The Fujifilm HS50 EXR’s mode dial has just enough resistance to avoid serious knocks, too.

One final element of the design that’s pleasing is a bright and well-positioned indicator lamp. The lamp sits on the rear of the camera and gives a clear view when the model’s ploughing through data in continuous shooting.