For the first time on a Fujifilm camera, the touchscreen offers the choice to select and adjust options from the quick menu. As we’d expect, the screen supports standard finger gestures to zoom in to inspect sharpness and swipe between shots in playback mode.

As with the X-T2, the GFX 50S’s 3.2-inch, 2.36-million-dot touchscreen is the three-directional tilting type, enabling it to be easily adjusted when shooting in both landscape and portrait orientations. 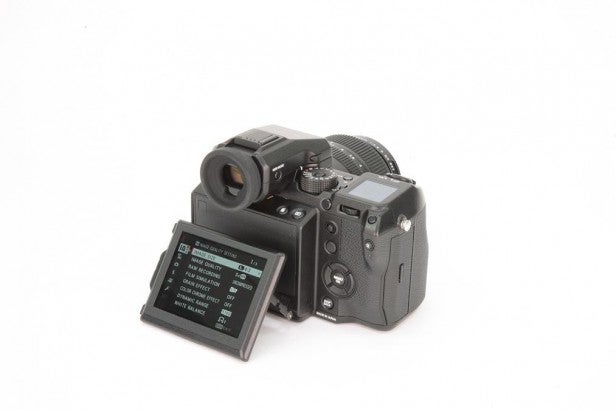 Above the screen, a brand-new 0.5-inch 3.69-million-dot electronic viewfinder takes pride of place. This has been meticulously thought through and is designed in such a way that it’s detachable, giving users the option to shed even more bulk from the body – or attach the optional EVF-TL1 tilting adapter (£579) to enable vertical tilt and horizontal rotation.

Offer the camera’s circular rubber eyepiece to your eye and you very quickly start to appreciate just how good a viewfinder it is. It’s large and bright, presenting all the key benefits of an EVF. You can view exposure changes live, as they happen, view framing guidelines, highlight alerts, the main menu and cycle through different views using the Disp/Back button. The high resolution offers a clear, crisp view and it renders colour just as you see it with the naked eye. 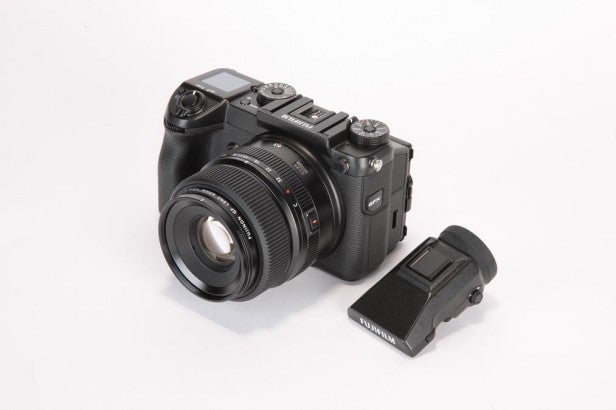 Note, too, that you can unclip and pull off the viewfinder to shed a bit of bulk and weight when the screen is being used to compose. Unfortunately, the tilt adapter wasn’t available at the time of review, but having used it previously, I can say that it’s an superb accessory that offers a range of movement to suit eye-level shooting from a wide variety of angles. 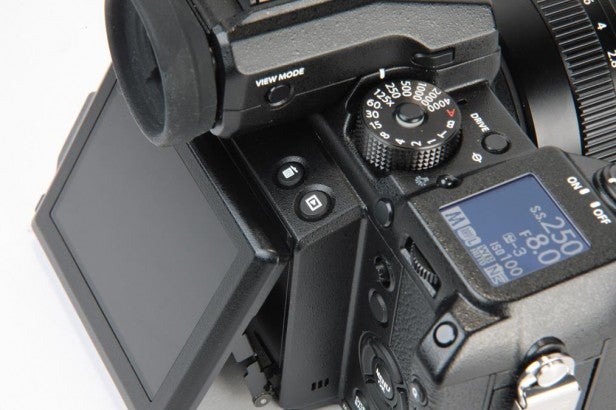 In addition, there’s a 1.28-inch monochrome LCD monitor on the top plate. When the camera is switched off, it displays the battery life, frames remaining on the card, as well as which of the SD card slots are occupied. Turn on the camera and it displays important shooting information, including shutter speed, aperture, exposure compensation, ISO, image quality, exposure mode and even the film-simulation mode.

This little LCD can be customised to display eight items in total, and there’s a button beside it to invert the background to white to make it easy to view in low light. 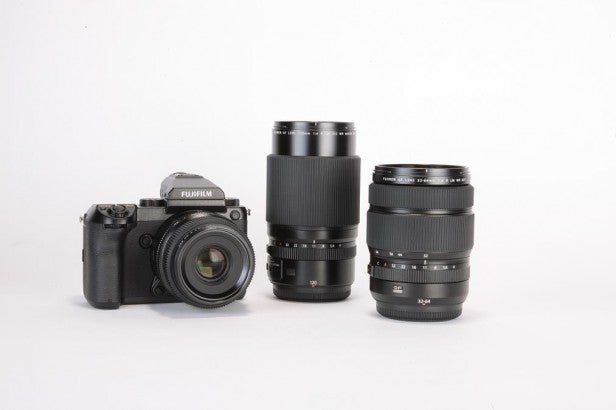 When you take the reverse crop factor of 0.79x into consideration, the 63mm lens is equivalent to around 50mm in 35mm terms and became my go-to option for full-length portraits. I swapped over to the 120mm f/4 macro lens (equivalent to approximately 95mm) for tighter headshots and when I worked at greater distances from my subjects.

The beauty of the 63mm lens is its size. Compact and lightweight, I took to shooting single-handed at times when I was offering guidance to a model or supporting a reflector in my left hand. I can’t ever recall using a medium-format camera so easily in one hand, and the truth is that it’s no more unwieldy than a DSLR with a fast prime. It’s only when you start to use larger primes and heavier zooms such as the GF 32-64mm f/4 that single-handed operation is ruled out completely. 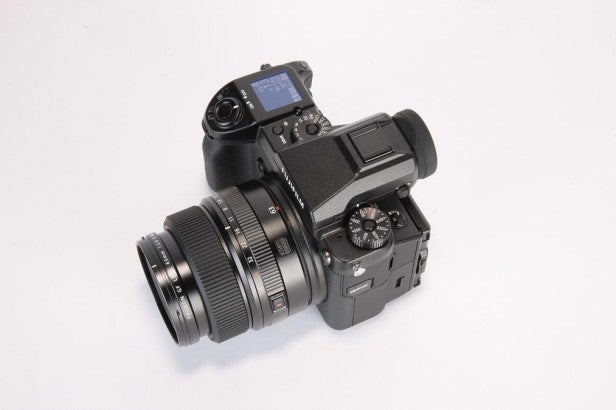 Having clocked up many hours shooting with the Fujifilm X-T2 and been mightily impressed by the speed of its AF system, I went into my first shoot with rather high expectations. Those expecting an X-T2 standard of AF performance are in for a bit of shock, however.

The GFX 50S’s contrast-detect AF system is noticeably slower and feels a little sluggish by today’s mirrorless standards. It was very similar to the experience of shooting with the X-T1 before the X-T2 came onto the scene with its Intelligent Hybrid AF system, which combines on-sensor phase-detection AF with contrast AF.

The AF acquisition speed won’t prove so much of a concern with those who shoot static subjects, but with medium to fast-moving subjects, it does fight to keep up. It displayed some difficulty acquiring focus as I jogged alongside a model on the beach and it took several attempts to get the pin-sharp shot I was after.

The fact that the AF system relies on contrast in a scene to acquire accurate focus also means it’s fairly slow at locking on in low light. There’s no AF-assist beam to help out in such instances either, which further highlights that low-light shooting really isn’t the GFX 50S’s forte.

Although clearly not built for speed, I was impressed by how effectively the camera’s X Processor Pro imaging engine handles its huge files. RAW files work out at around 117MB each in size, and these were written to a Lexar Professional 633X 32GB card without any fuss.

Despite churning out huge files, it never felt like I was waiting for the camera to catch up, which is particularly important for commercial users who demand fast processing times in order to turnaround images quickly to satisfy their clients’ needs.

Out of curiosity, I rattled out a series of shots set to its 3fps burst mode to find out how many frames it can shoot before its buffer required a breather. This test revealed that it can sustain eight uncompressed RAW files. Switching the image quality from RAW to Super-fine JPEG and repeating the test showed that it the GFX 50S is capable of shooting 21 frames at 3fps before the buffers reached their limit.

After several shooting sessions I discovered I was firing off around 400 shots before I was getting close to exhausting the NP-T125 rechargeable battery. There’s the opportunity to view the remaining battery as a percentage as you can on the X-T2 and X-Pro2.

Those looking to shoot for longer periods without interruption may wish to take advantage of attaching the optional VG-GFX1 vertical battery grip. It provides a solid grip, shutter-release button, command dial, focus lever and six function (Fn) buttons to aid with handling; it also accepts an extra battery to enable shooting for extended periods of time.

Adding the battery grip does turn the camera into a chunky beast and, given the choice, I’d instead choose to just drop in spare batteries as and when they’re required to take full advantage of the camera’s small form factor. 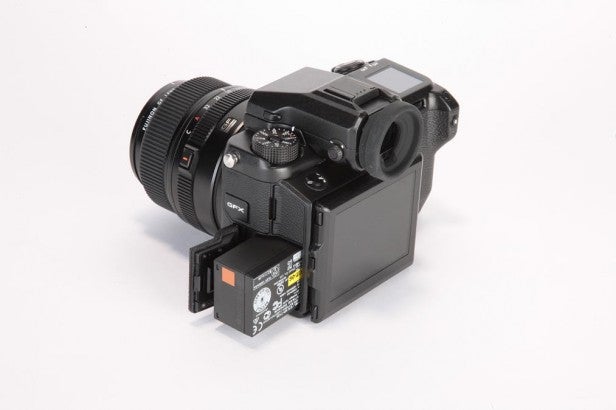 It’s a minor point, but the way the battery is inserted at the side, just behind the screen, means battery changes can be made swiftly when the camera is locked off on a tripod in the landscape orientation.