One of the most popular lenses among DSLR photographers is the 24-70mm f/2.8. It’s a lens praised for its versatility due to its fast aperture and useful focal range, and these attributes make it a decent tool for everything from portraits to landscapes. 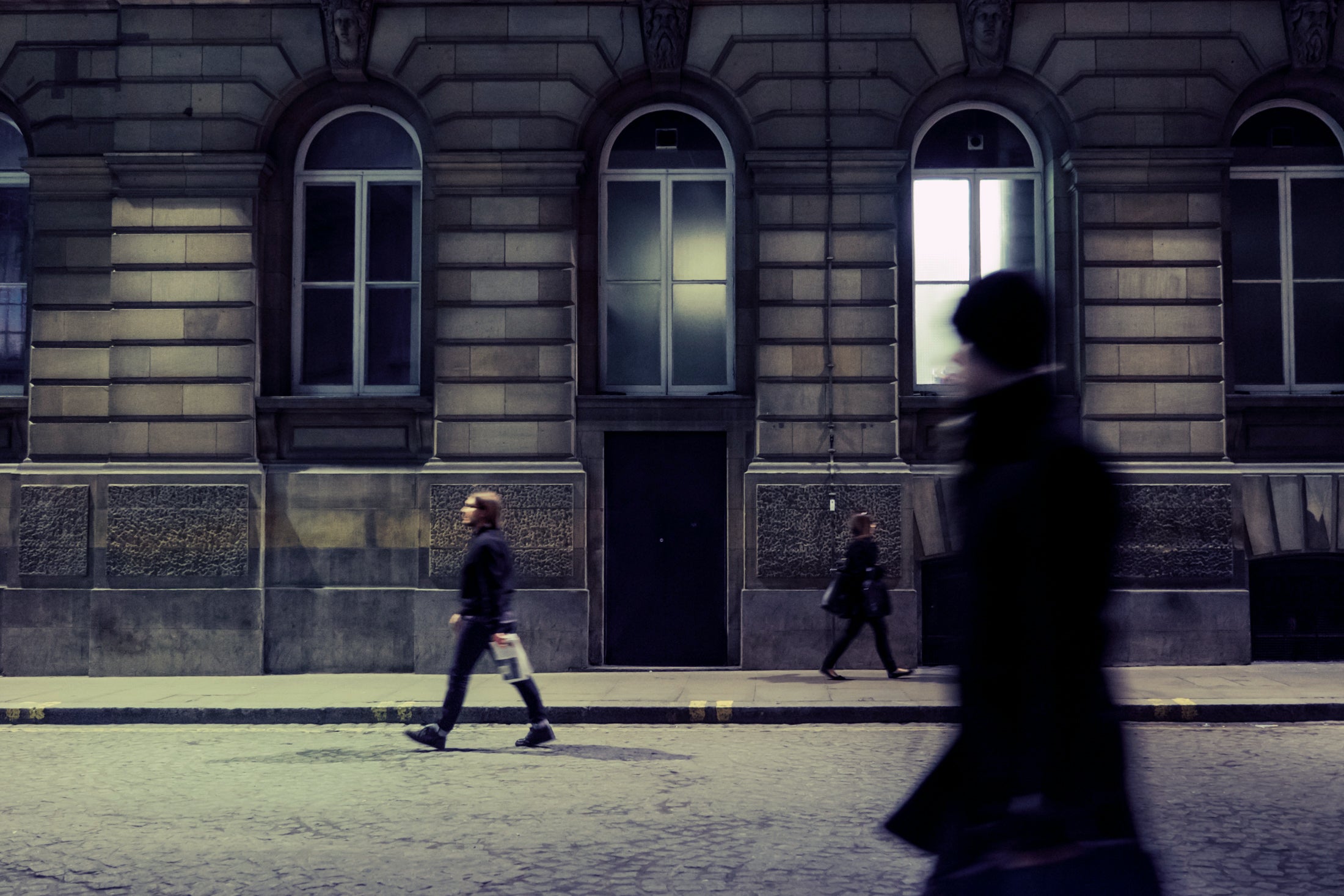 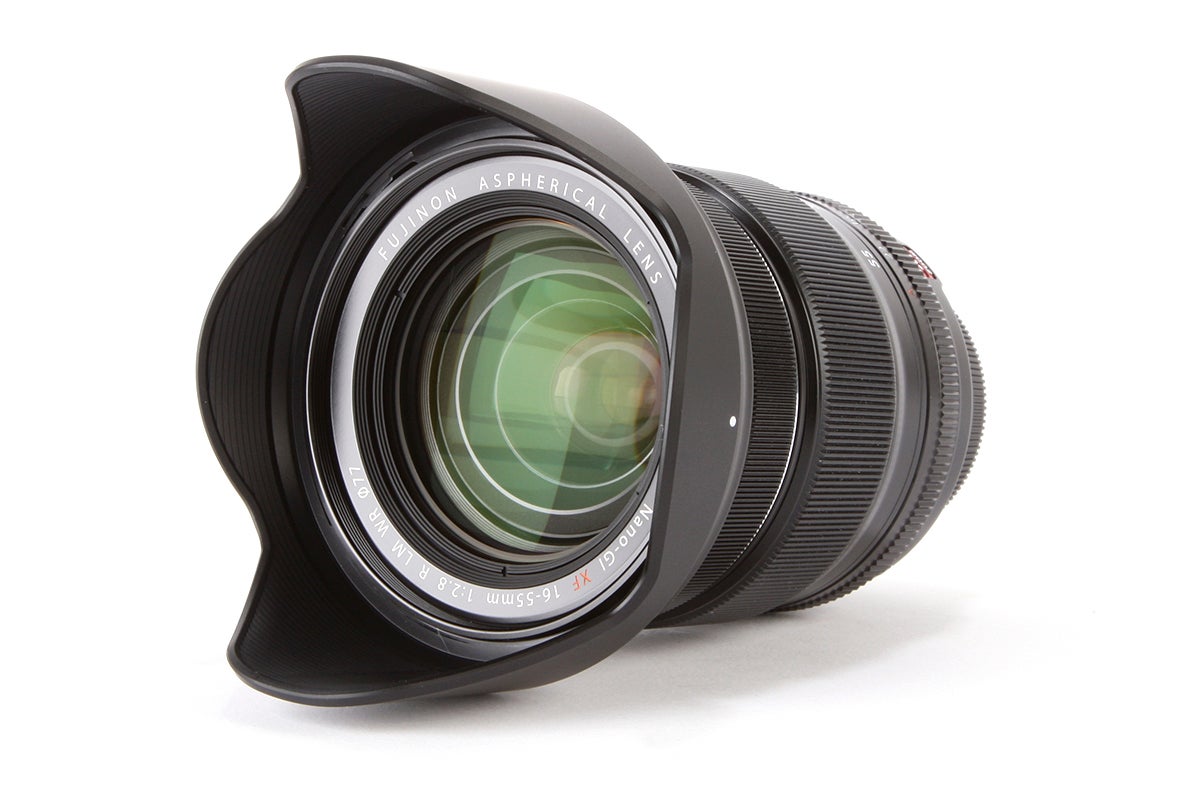 A petal-shaped hood is supplied with the lens

A total of 17 elements in 12 groups are used to construct this lens, including three aspherical elements designed, says Fuji, to control pincushion and barrel distortion. Three additional ED glass lenses are included to reduce lateral and axial chromatic aberration.

A benefit of the internal focusing system of this lens is that it doesn’t rotate the front element. This makes it much more user-friendly when using filters such as ND grads or polarisers. The lens accepts widely available 77mm filters. Nine rounded aperture blades make up the iris diaphragm.

An f/2.8 aperture used with an APS-C-sized sensor will produce a depth of field equivalent to f/4.5 on a full-frame camera. For this reason, the extended focal length of this lens (when compared to a full-frame 24-70mm lens) is very useful, giving increased background blur and a very flattering focal length for subjects such as portraiture. When used wide open, this lens gives beautiful rounded bokeh and a generally pleasing look to out-of-focus backgrounds.

Supplied with the lens is a petal-shape lens hood that helps to reduce flare and increase contrast. The lens features Fuji’s Nano-GI and Super EBC Coatings, which do a remarkable job of cutting down flare. I found that when shooting with the sun in the top corner of the frame, I was still able to retain a good amount of contrast with only a minute amount of lens flare visible.

It’s also worth noting that this Fuji 16-55mm lens doesn’t feature any optical stabilisation, as the company felt that adding it would compromise the optical quality of the lens. While this may be true, other companies have managed to achieve fast zoom lenses with stabilisation that are optically very good – for example, Samsung’s 16-50mm f/2-2.8 S ED OIS for its NX series of mirrorless cameras. 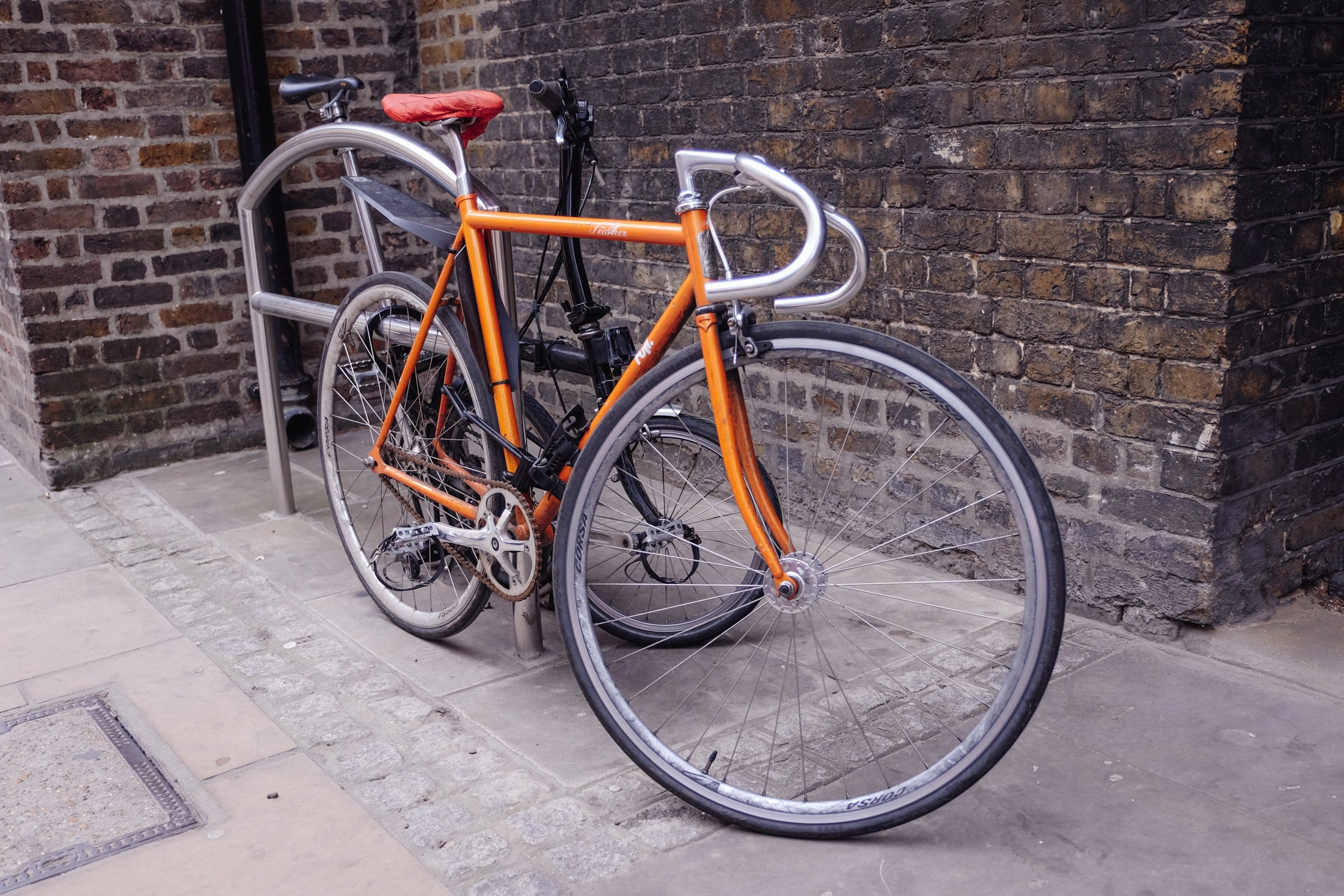 Finding focus quickly and accurate, the Fujinon 16-55mm is a joy to use. This shot was captured with a Fujifilm X-T1

An inner focusing system is used in the Fuji 16-55mm lens, driven by a twin linear focusing motor. In use, the autofocusing is barely audible. In fact, the grouping of the aperture blades actually makes more noise than the AF does.

In testing, Fuji says the lens can achieve a 0.06sec focusing speed when paired with any X-series camera with a phase-detection option, which makes it one of the firm’s fastest AF lenses. When mounted on a Fujifilm X-T1 using the latest version 3.0 firmware, I found the lens performed brilliantly – it is certainly one of the fastest focusing lenses in the X series we have seen to date. 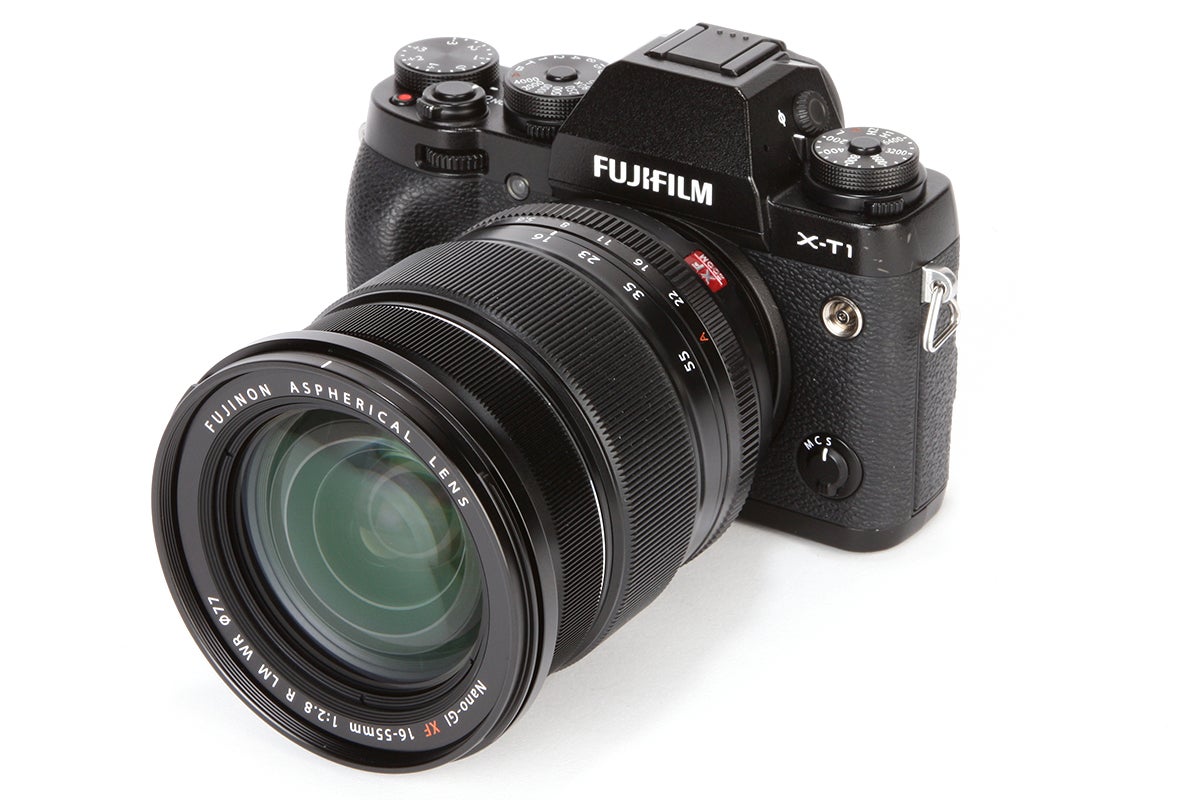 Like the recent Fujinon XF 50-140mm f/2.8 R LM OIS WR, the 16-55mm lens brandishes the WR suffix, which indicates that it is weather-resistant. It’s also resistant to dust and temperatures as low as -10°C. With weather-sealing in 14 different locations, it is designed to match the X-T1, which is currently Fujifilm’s only weather-sealed X-mount camera.

Weighing 655g, the Fuji 16-55mm lens is a fairly substantial piece of kit. Its weight reflects the fact that, aside from the large amount of glass used in its construction, the majority of the barrel is made from a high-grade metal. The only bit that doesn’t have that cold-to-the-touch metal feel is the rubberised zoom ring.

Coupling this lens with the Fuji X-T1 was OK, but I felt that if this were a lens I would continuously use, I’d want to invest in a battery grip for the camera to improve the overall handling.

As with all Fujinon R lenses, the 16-55mm has a manual aperture ring. It is marked in full-stop increments and adjustable in 1⁄3 stops, each with an audible click. There is an increased resistance when switching between f/22 and the A (auto) setting to ensure neither setting is used accidentally. In comparison to some of the other Fujinon lenses, the resistance on the aperture ring feels stiffer, so it’s less likely to be changed accidentally. The focus ring and the zoom ring are also very smooth, and the zoom ring offers enough resistance to eliminate lens creep. 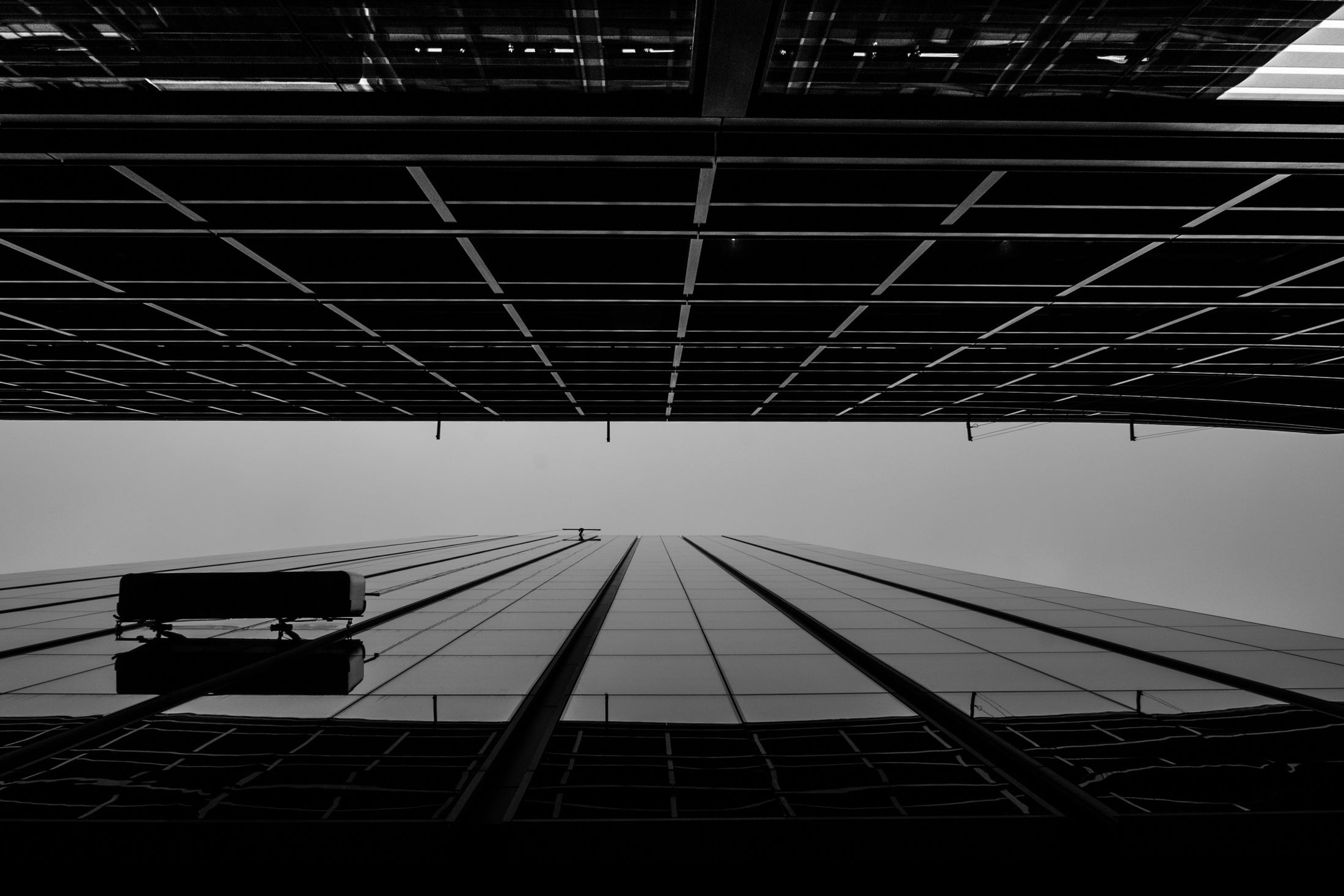 Often zoom lenses must compromise somewhat on sharpness, especially when the focal range is rather extensive. It can be forgiven, then, when they are comparatively softer than corresponding prime lenses. However, such forgiveness is not required of the XF 16-55mm f/2.8 R LM WR – its impressive sharpness exceeds expectations for this type of lens by a fair margin.

At the widest, 16mm end of the focal range, the lens performs very well, showing great sharpness even at a maximum aperture of f/2.8. When shooting subjects in the distance at 16mm, the lens seems to hit optimum sharpness between f/4 and f/8, with f/5 being a particularly sweet spot.

Apertures of f/13 and f/14 start to see a drop in sharpness due to diffraction blurring details, but I wouldn’t say it was soft. The only real, noticeable difference is at f/22 where images do appear softer, though they are still, of course, useable.

At the middle of the focal range – 30-35mm – the lens performs similarly in terms of sharpness and aperture. At the longest focal length, 55mm, the lens’s sharpest point is around f/4, while f/2.8 is exceptionally sharp boasting great sharpness from edge to edge. In fact, there’s little discernable softening towards the edges of the frame across the entire focal and aperture ranges, retaining much of this sharpness right through to the corners.

For our testing we managed to get uncorrected raw files by turning all corrections off and importing the files into Capture One. This allows us to see that at 16mm there is some barrel-type distortion that starts to bend edges of the frame, and at around the 35mm point, some pincushion-type distortion starts to occur; thereafter, pincushioning increases until the 55mm end of the zoom range.

Vignetting is also corrected in software, but looking at the uncorrected files shows only a slight vignetting even when shot wide open at the shortest end of the zoom range, which is very impressive. Ordinarily, even when shooting in raw, most users would not see the uncorrected files unless they made the conscious effort to turn everything off in software – but why would you? 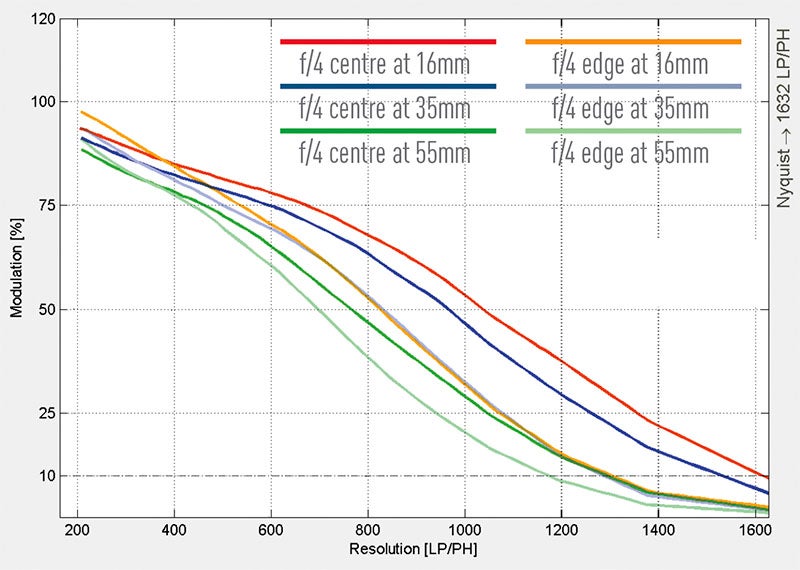 Our Applied Imaging tests give very impressive results, with the 16-55mm lens performing very strongly on the 16-million-pixel X-A1. Sharpness is very high at all focal lengths, even at f/2.8, with the corners of the frame coming very close to the centre for resolution. Diffraction inevitably has an impact at f/11 and smaller apertures. 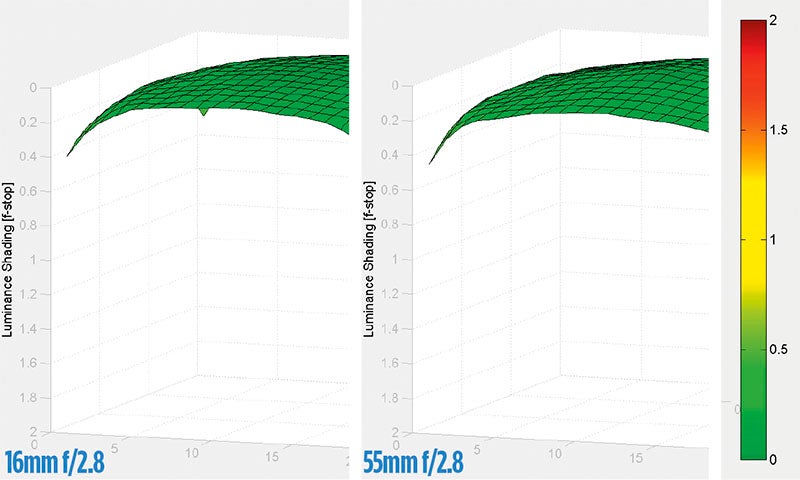 Fujifilm’s X system uses software correction for vignetting, which means that users will rarely experience any shading effects in their images at all. Even looking at the raw files using Capture One, vignetting is very low indeed, at less than a stop in the extreme corners at f/2.8. This is impressive for a fast zoom, even on an APS-C sensor. 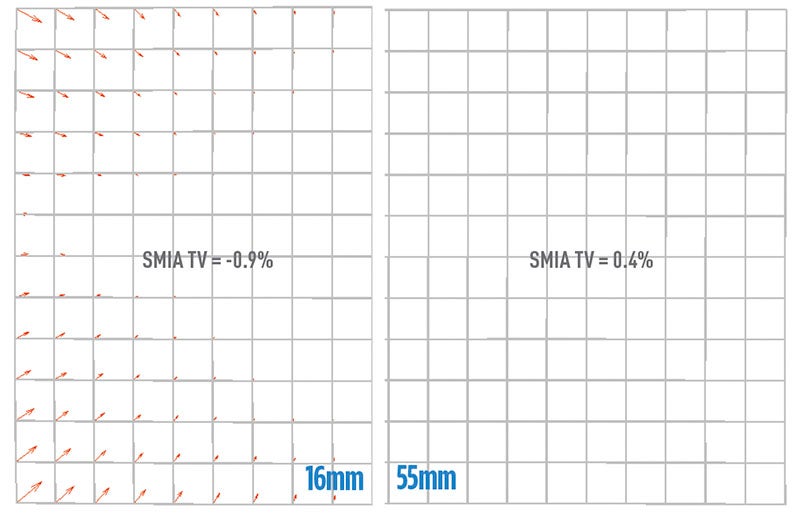 Like other compact system camera makers, Fujifilm uses software correction for barrel and pincushion distortion. Here we show results from the corrected images that photographers will normally see. There’s a little residual barrel distortion at wideangle, and very slight pincushion at telephoto. 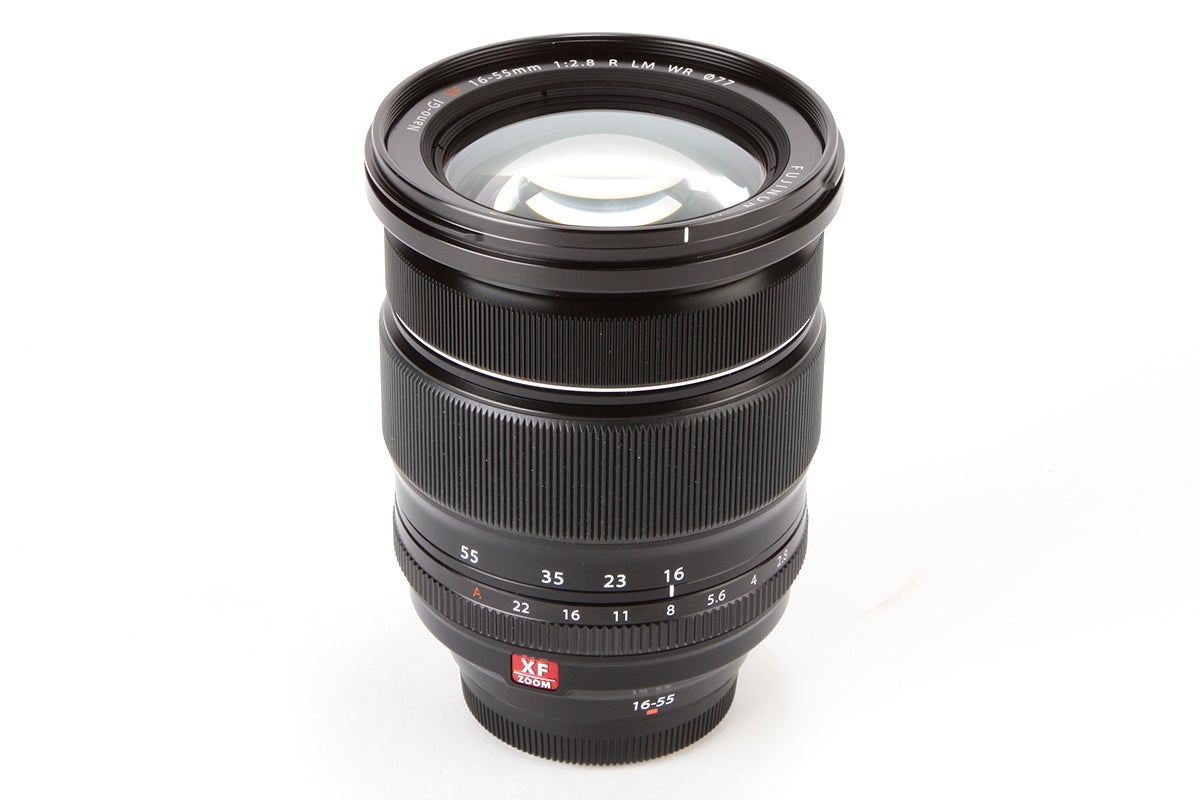 Fujifilm has an extensive lens line-up that is growing stronger by the year, but it has needed a fast standard zoom for some time. Although the Fujinon XF 18-55mm f/2.8-4 R LM OIS kit lens is well regarded, especially with consideration of the £400 price tag, it’s not quite the same.

The 16-55mm f/2.8 is a perfect walkabout lens that can be used for everything from landscapes to portraits. It covers a wide range of focal lengths and, although in weight it’s not far off carrying two of three Fujinon prime lenses, it’s far more convenient not to need to swap-out lenses and it doesn’t sacrifice a great deal optically in comparison. It’s a brilliant lens for most situations and it boasts superb sharpness.

The build quality matches that of the solidly built Fujifilm XT-1 and it will withstand some very harsh and challenging conditions. My only criticism of the lens would be the omission of optical stabilisation, but in its absence we get incredible image quality and sharpness that many users will consider to be the imperative lens attributes, making it a worthy trade-off.