Fujifilm has expanded its small but growing range of stylish but inexpensive ultra-compact cameras, currently consisting of the FinePixZ5fd, the Z100fd, the Z10fd (review coming soon), with the launch of this new model, the 10-megapixel, 3x zoom FinePix Z20fd, currently selling for the low price of just £90. 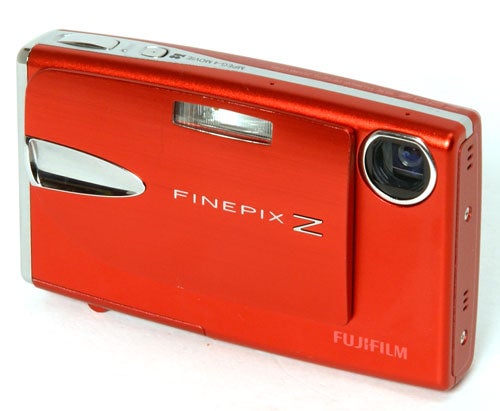 I’m going to take a bit of a gamble and describe the Z20fd as a post-feminist camera. Not so long ago the politically correct position was that women and men were entirely equal, and one would incur the righteous wrath of women’s libbers everywhere were one to suggest that women might like things that came in fashionable colours and were not too complicated for their pretty little heads to understand. These days however things have changed, and it is apparently now perfectly acceptable to produce an extremely simple camera in a range of pretty colours, and aim the marketing specifically at young women. Seriously, the brochure for the Z20fd looks like a centre-page article from Seventeen magazine, and even the box art features three attractively multi-ethnic girls having a happy girly chat, presumably about weddings and babies. If Germaine Greer was dead she’d be turning in her grave. 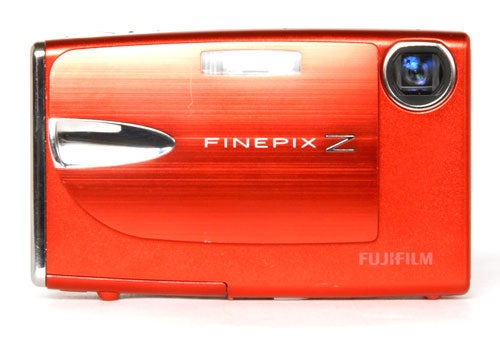 Fortunately the review sample I was sent is red, and if I keep reminding myself that it’s the same shade of red as a Ferrari 430 Scuderia I might just be able to hang on to my gender identity long enough to finish this review. It shouldn’t take too long, because the Z20fd is a very simple camera, despite having some clever technology built into it.

In form the Z20fd has a fairly straightforward design, with a sliding cover on the front that protects the lens and also acts as the on/off switch. The overall shape is slightly tapered and curved, and is obviously designed to survive in a pocket or handbag. The body is all aluminium and despite its delicate appearance the Z20fd is surprisingly robust. 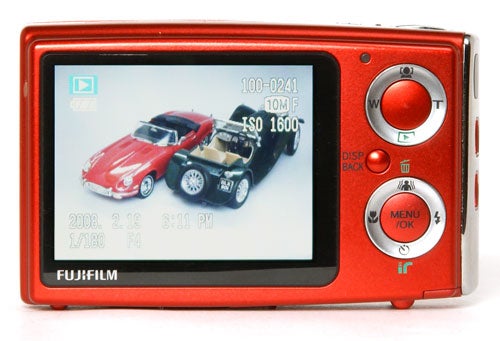 There is an optional carrying case available which I also received along with the camera, but its design is a sort of half-cradle with a flimsy magnetic closure, and seems very prone to loss or theft, so you’re probably better off just popping the camera in your pocket where it clearly belongs.


The back of the camera carries a 2.5-inch monitor screen which is nice and bright with good contrast, and is quite sharp despite its lower-than-average 150k dot resolution. The viewing angle could be better though, especially on a camera ostensibly designed for sharing pictures.


The controls are simple and attractively designed, consisting of two circular four-way pads, one of which has the menu button in the centre. The top pad includes the zoom control, which is stepped but has nine positions between its minimum and maximum settings.


The menu is also very simple. The camera has two basic shooting modes; manual and automatic. As is usually the case the “manual” mode simply means that exposure compensation, white balance and autofocus mode can be adjusted, and there are a couple more flash modes to choose from, while in auto mode all of these options are disabled. There are a number of scene modes as well, including an online auction mode which can combine up to four frame in a single 640 x 480 image ideal for posting on eBay, and a “stamp” mode which to the disappointment of philatelists everywhere simply adds one of three cartoon-style icons to your shots, the choices being kissy lips, rabbit ears or a speech bubble saying “hello”. 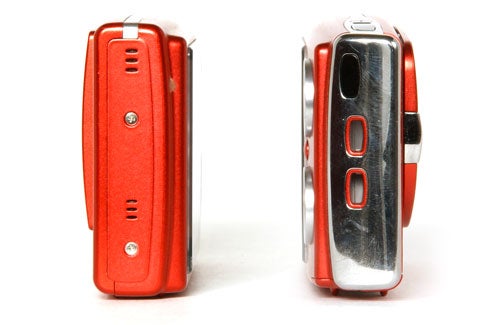 Other shooting features include a good MPEG-4 movie mode capable of 640 x 480 resolution at 30 frames a second with mono audio, and natural light mode, which takes two shots in rapid succession, one with the flash and the other without.


A signature feature of the Z20fd is its wireless infrared communication mode, which allows it to transmit and receive files from any other device equipped with the irSimpleShot protocol, used in many mobile phones and other hand-held devices. IR data transmission is not the most reliable method of sharing data files, and I tried repeatedly to get the camera to talk to my mobile phone (a popular Sony Ericsson model) without success.

The Z20fd’s performance is a bit below average for its class. It starts up in just under two and a half seconds, and shuts down again just as quickly, which is acceptable. However in both single shot and continuous shooting modes it can take a picture approximately once every three seconds, which is a bit on the slow side, although it does have two three-shot burst modes (last three or first three saved) which are a little faster at 1.5 seconds per shot. The autofocus system is quick enough though, keeping shutter lag to an acceptable level, and it also focuses extremely well in low light conditions, although only up to a certain point because it lacks an AF assist lamp, a puzzling omission on a camera so obviously designed for use in a party environment. The face detection system is very good though, in fact one of the best I’ve seen, detecting faces quickly and accurately even in poor light or when the face wasn’t turned directly to the camera.

When it comes to image quality, I’m not sure what to say about the Z20fd. It has a couple of interesting qualities, for example it automatically corrects the image to compensate for lens distortion, resulting in nice straight edges and reduced distortion of facial features at close range, and the flash is astonishingly powerful for such a small camera, easily exceeding its stated 3.9 metre range. However there are a number of things I really don’t like about it, particularly its horrible colour rendition, which is certainly unusual for a Fujifilm camera. Shooting in the standard colour mode all colours are massively over-saturated, but especially reds, which come out looking like Day-Glo pink. All of the images look over-processed, and lack the kind of fine detail that most 10MP cameras can produce.


The Z20fd has a small 1/2.3-inch 10-megapixel sensor, and as usual it produces limited dynamic range with murky shadows, although it is pretty good on highlight detail. Image noise is also a problem, with visible noise even at the 64 ISO minimum sensitivity setting, getting progressively worse, particularly in the red channel, which may be connected with the colour rendition problem. 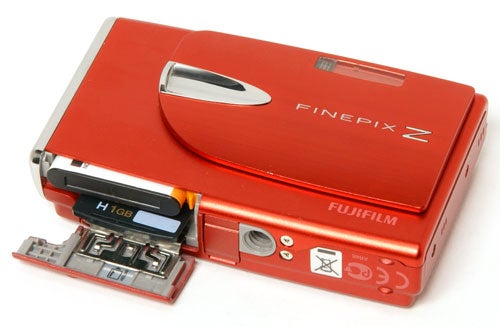 The Fujifilm FinePix Z20fd is designed to appeal to a particular demographic, and will probably find itself living in a small fashionable handbag next to a pink Motorola Razr mobile phone. For under £90 it delivers eye-catching style, durable build quality and simplicity of operation, along with reasonable performance and some fun features. Picture quality is a bit disappointing, especially the psychedelic colour saturation, but to be fair that’s probably not a priority for its target audience. 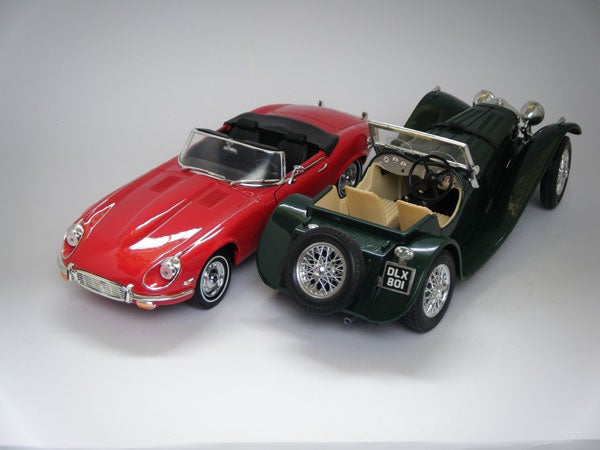 This is a full-frame image at the minimum sensitivity of 64 ISO. That E-Type is supposed to be red, not pink. 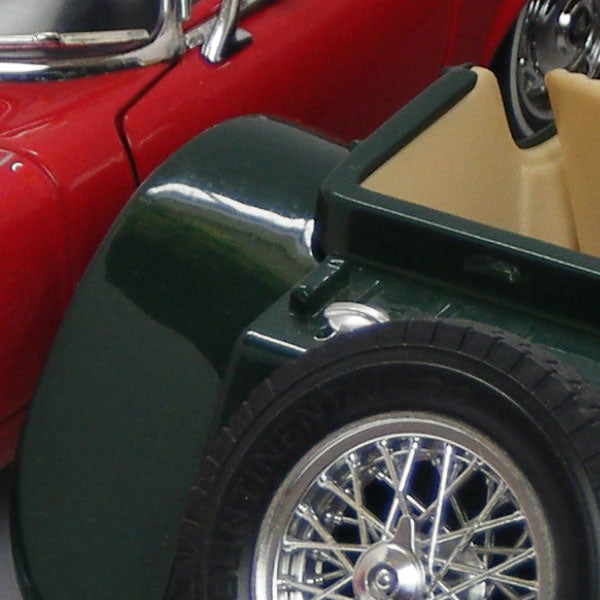 Even at minimum sensitivity there is visible colour noise in the dark green areas. 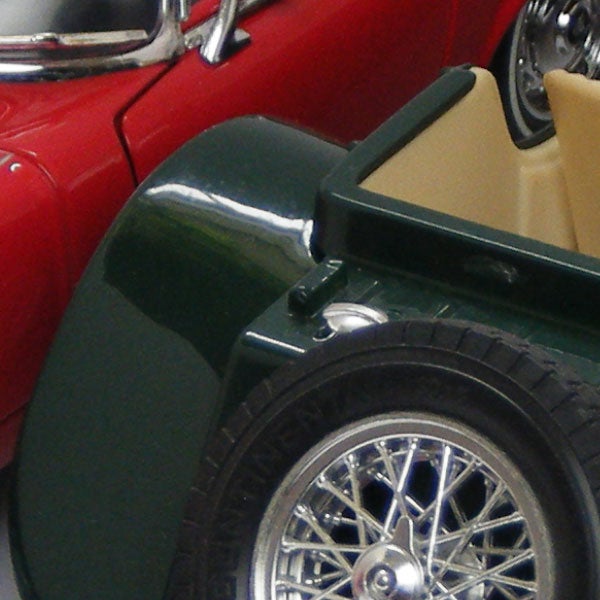 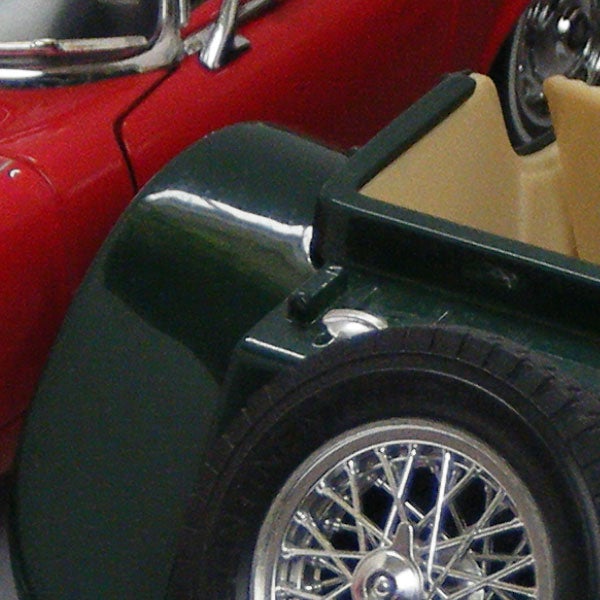 At 200 ISO noise is starting to invade the red channel. 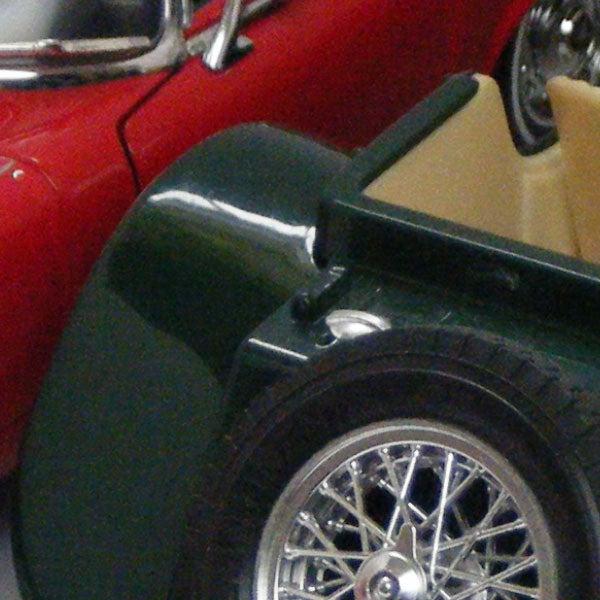 Increased noise at 400 ISO, and a noticeable loss of fine detail. 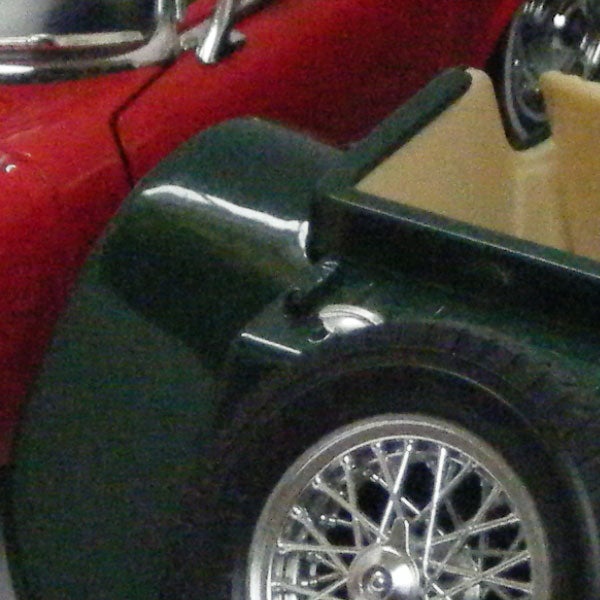 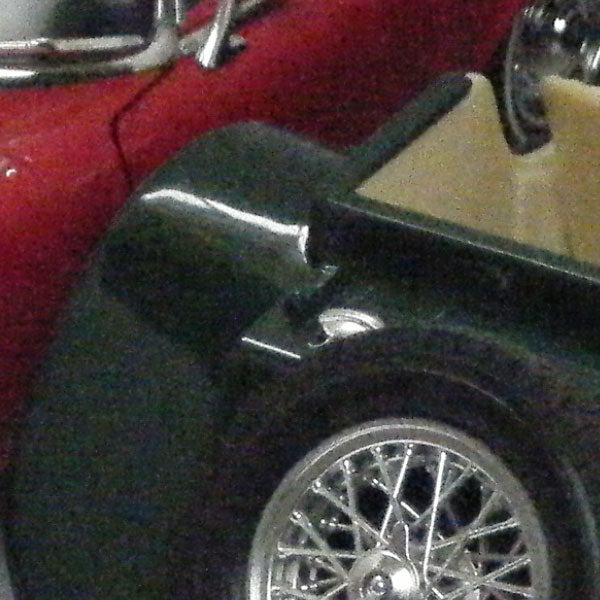 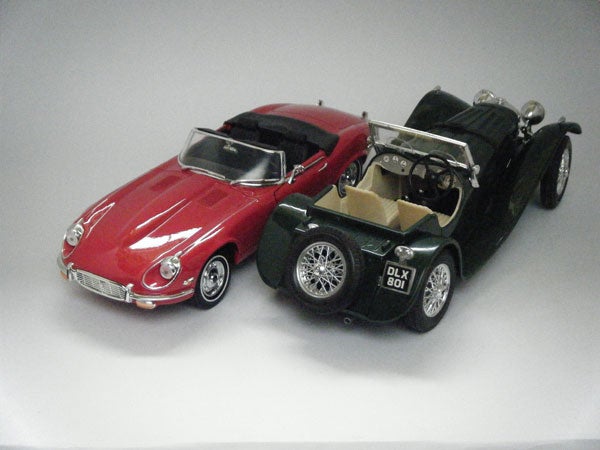 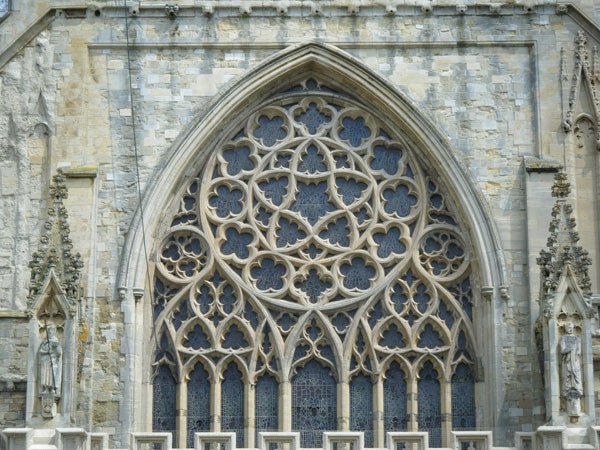 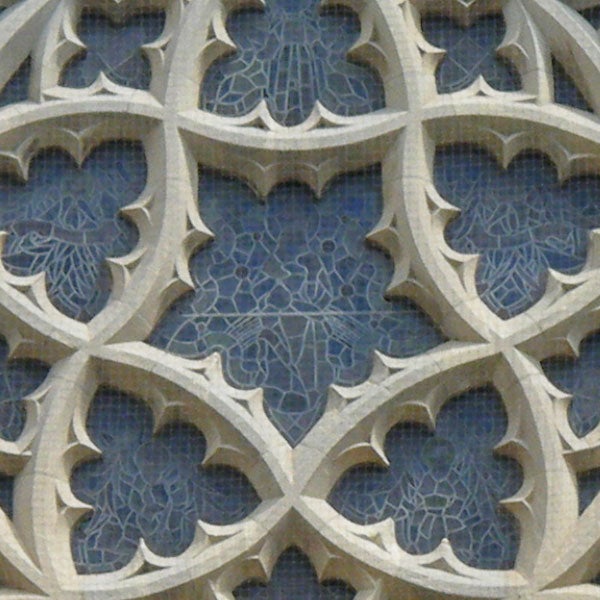 The image looks over-processed, with some artefacts and much less fine detail than I’d expect from a 10MPcamera. 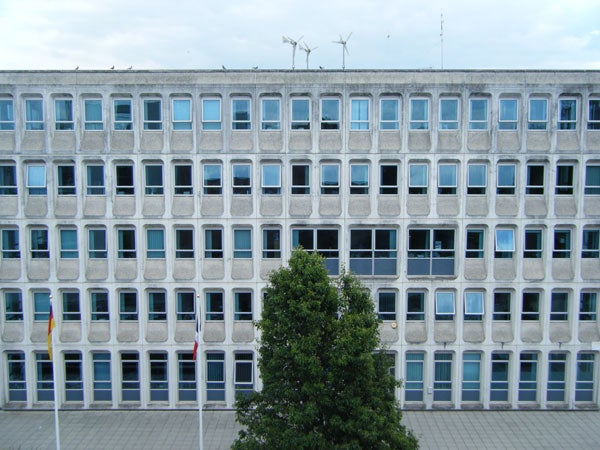 The Z20fd automatically adjusts the image to compensate for lens distortion, so the parallel lines in this shot are all straight and level. 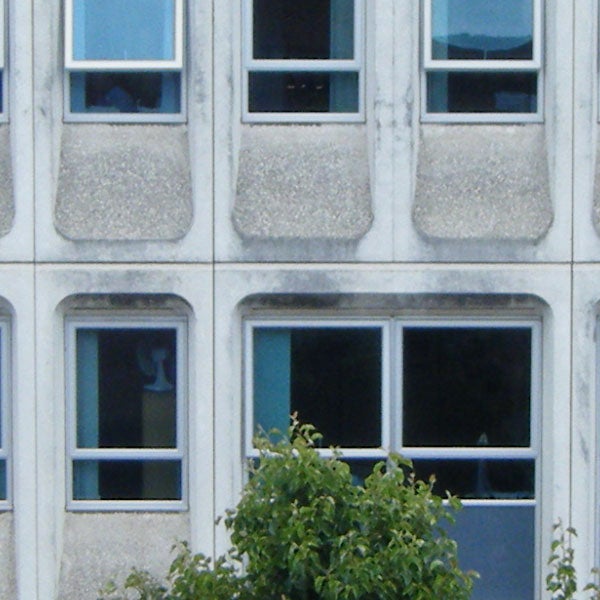 Centre sharpness is pretty good, although there are some processing artefacts visible in the darker areas. 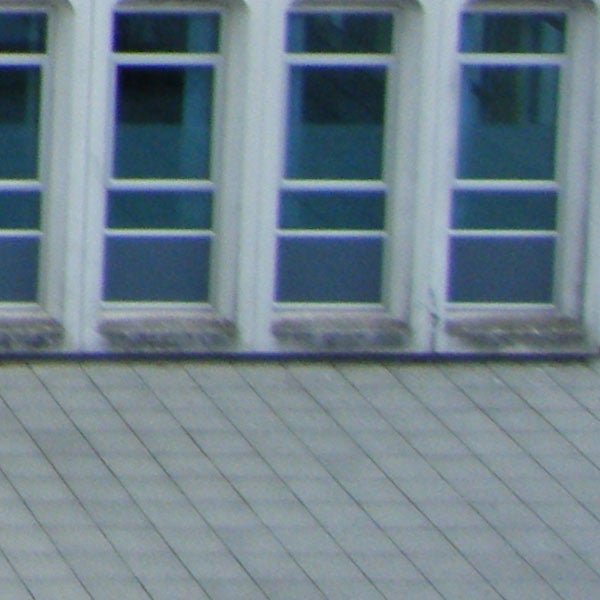 Corner sharpness could be better, with both blurring and chromatic aberration. 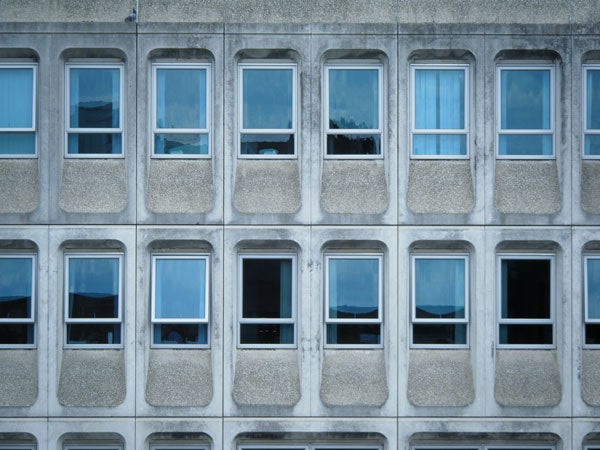 The distortion correction works at the telephoto setting as well. 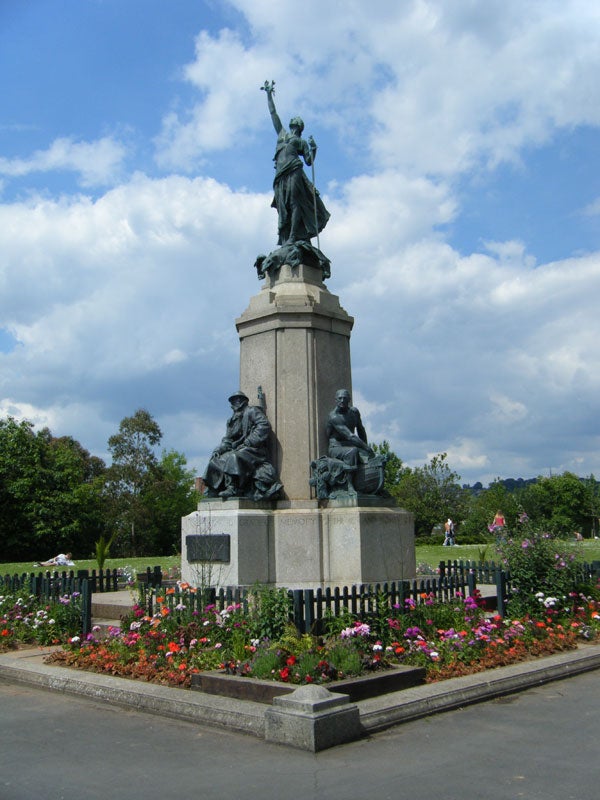 The wide-angle end of the zoom range is equivalent to 35mm. 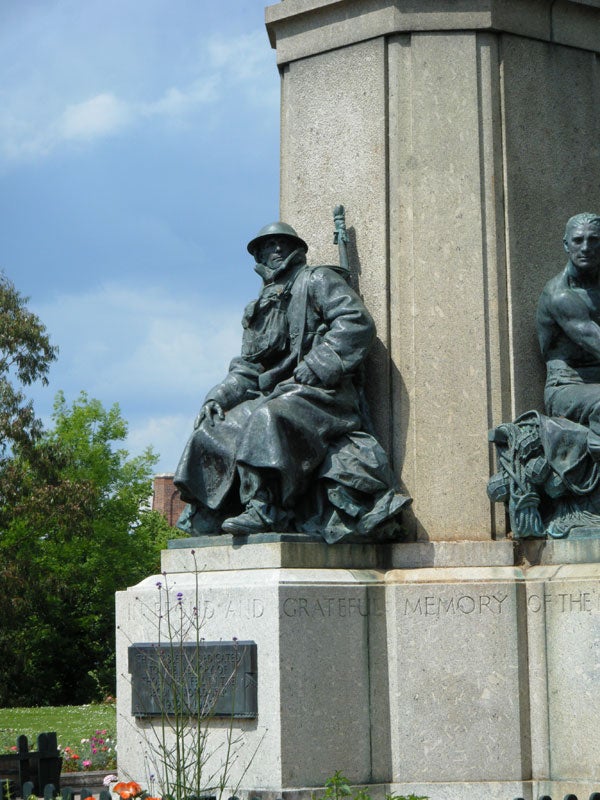 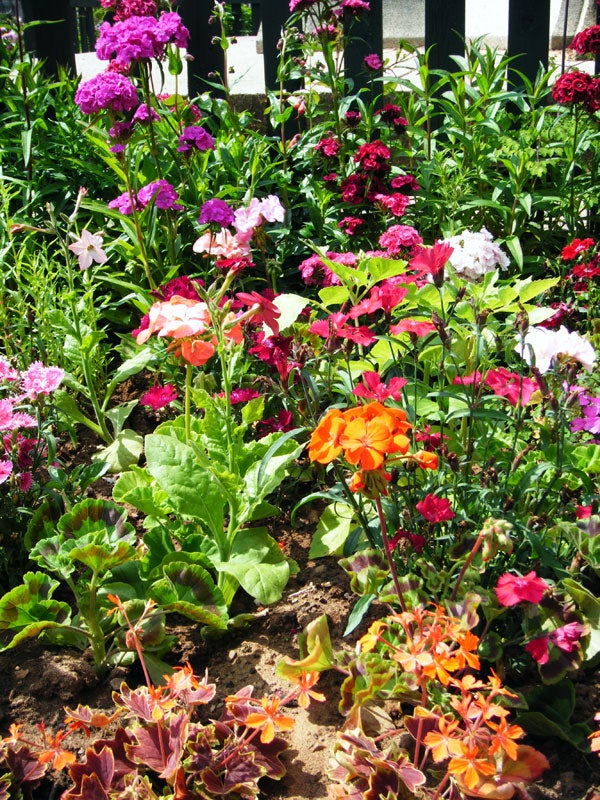 Even at the standard colour setting, colours are massively over-saturated, especially the reds. 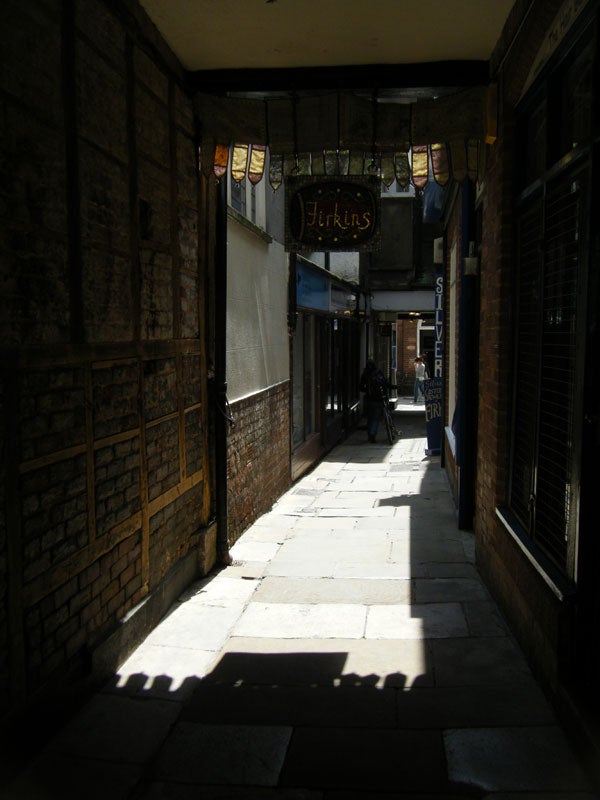