The Fuji T400 is a 16MP budget compact that comes with an extended 10x optical zoom. This elevates it somewhat above the mass of 4x and 5x budget compacts that dominate the £80-100 budget end of the market. But does the T400’s extended reach come at a price. Let’s take a closer look and find out. 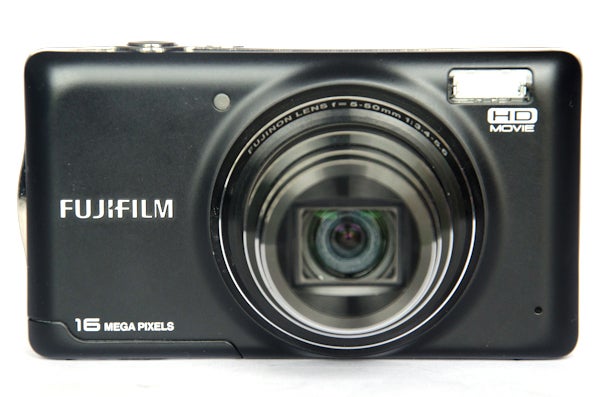 The T400 is built around a 1/1.2in CCD-type sensor that delivers 16MP of effective resolution. Whereas CCD sensors keep overall costs down on account of being cheaper to produce, they aren’t generally as effective in low light as their backside-illuminated CMOS cousins. Consequently, the T400 offers a somewhat limited sensitivity range of ISO 100 to 1600, along with an extended setting of ISO 3200 at 4MP.

The Fujinon 10x optical zoom offers the 35mm focal range equivalent of 28-280mm. The maximum aperture at 28mm is f/3.4, which rises incrementally to f/5.6 at 280mm. In use the extended focal range that the 10x optical zoom of the T400 enjoys over its 4x and 5x budget compact rivals is really quite noticeable, enabling you to bring faraway objects much closer than you would otherwise. In addition, the T400 also features built in sensor-shift image stabilisation technology that helps to keep images sharp at extended focal settings and slower shutter speeds.

As might be expected shooting modes are all of the fully automatic point-and-shoot variety. The one that we suspect will get the most use is the automatic Scene Recognition mode. When used in this mode the camera analyses the scene before it and then automatically selects the most appropriate settings. 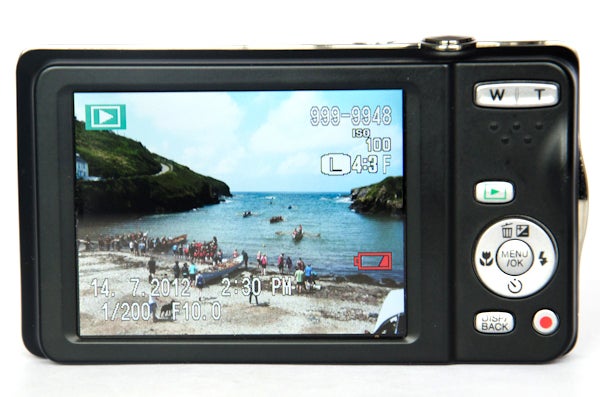 In addition, there’s also a basic Automatic mode alongside a Program mode that gives you some control over a limited number of settings including ISO and White Balance. Last but not least are a selection of 17 Scene modes, which includes a useful and fun one-touch Panorama mode; simply sweep the camera in a predetermined direction with the shutter button held down and the camera will stitch the resultant images into a single, ultra-wideangle image.

While the T400 does have the ability to shoot High Definition movies at 30fps, maximum quality is pegged at 720p HD, rather than the higher quality 1080p Full HD. That’s pretty much par for the course for a budget compact costing less than £100 though. Sound is recorded in mono via a microphone on the front of the body – or at least it should be. On our review sample we were unable to record any sound at all due to a faulty microphone.

One area where the T400 does show the limitations of a budget compact is in its 3in, 230k-dot rear LCD monitor. While 230k-dots is pretty standard fare for a sub-£100 compact, the quality of the display is nonetheless really rather poor. While it’s functional enough for composing your images with, viewing images you’ve already shot in Playback mode is a pretty unrewarding experience as the displayed images lack any real detail or contrast. Indeed, some users might even be tempted to delete perfectly good images on account of the T400’s rear LCD screen doing them such a disservice. Viewing angles are extremely limited too, with just a slight rotation of the camera resulting in a further loss of screen detail. 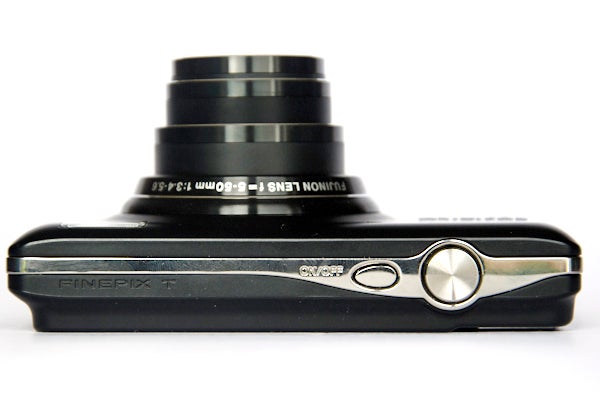 Overall build quality is perfectly adequate if a little uninspiring. The outer shell of the T400 is constructed almost entirely from plastic, save for a couple of metallic strips on the top and sides and a metallic shutter release button. Still, that’s very much to be expected at this price.

The design is kept simple and (mostly) effective, with the T400’s 10x optical zoom cleverly housed inside what is a relatively small body. While the lens isn’t completely flush to the body it only protrudes by about 10mm, making the camera easily pocketable in a pair of jeans or shirt pocket. There’s no finger grip on the front of the camera, which makes it a little slippery in the hand though. There aren’t many buttons, but what is there is well spaced and easy to reach. 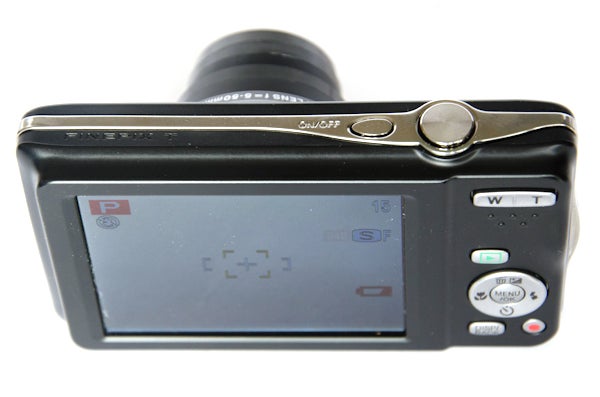 Start-up time clocks in at around 3.5seconds with the camera taking an additional half a second to lock focus. All in all this is pretty reasonable for a budget compact such as this. Autofocus performance is the usual mixed bag; while focus is pretty much instant when the camera is used outdoors in daylight or indoors under good light the contrast detect AF technology does noticeably slow down when light levels drop. There’s no built-in AF Assist light either so in very dim to dark conditions the T400 really does struggle. 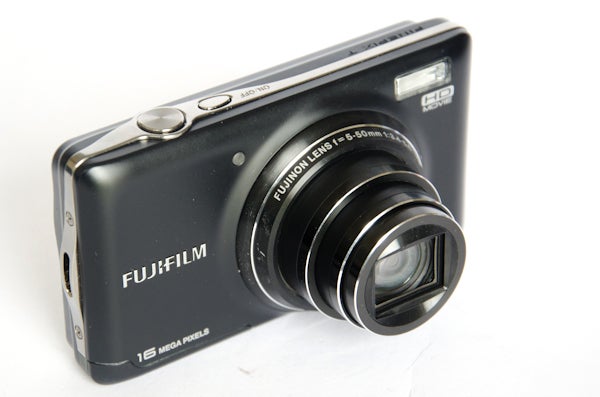 On the plus side, however, the T400 does offer a couple of fairly accurate Face Detection AF modes, which can be switched on to ensure the camera prioritises focus on the faces in any given scene rather than anything in the scene around them. Given that the T400’s only other AF options are Centre-spot AF and Tracking AF this is especially useful.

Of course, given that it’s a budget compact it would be somewhat unfair to expect it to offer much in the way of speedy continuous shooting. That said, there is a ‘Top 3’ continuous shooting that, as the name suggests, can shoot at around 1fps for a maximum of three consecutive frames. Using the camera in single-shot mode you’ll be hard-pressed to shoot more than four frames inside 10seconds (2.5fps).

One further area of concern is battery performance. During the course of our review we had to recharge the battery on two occasions – all for a grand total of around 150 images. True, we were playing around with the camera quite a bit in between, and it could have been that (alongside the defunct microphone) the battery in our test unit was a bit of a dud, but still you’d expect a little bit more than 150images per charge. 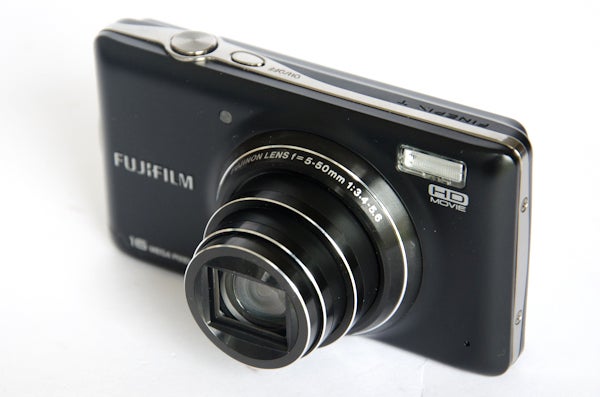 Image quality is best described as passable; that’s to say not wholly terrible, but not all that great either. Yes, the T400 will generally deliver better results than a cameraphone, however its limitations as a budget compact soon become apparent just as soon as you raise the sensitivity above the baseline ISO 100 setting, with noise quickly degrading images to the point of being unusable.

That said, with the camera set to ISO 100 and used in Scene Recognition mode images aren’t too bad on the whole. Colour isn’t particularly vibrant and tonally images are also a little flat, however the T400 does manage to produce fairly lifelike images that hold up ok when viewed at smaller image sizes on a laptop or computer screen.

While there’s no doubting the usefulness provided by the extended reach of the T400’s 10x zoom the lens isn’t particularly sharp at the edges and corners, especially when the zoom is used at its telephoto extremes. The camera appears to try and compensate for this via some aggressive sharpening at the JPEG processing stage, and while this does make the centre of the image look nice and sharp, it also exaggerates the relative softness of the edges and corners. 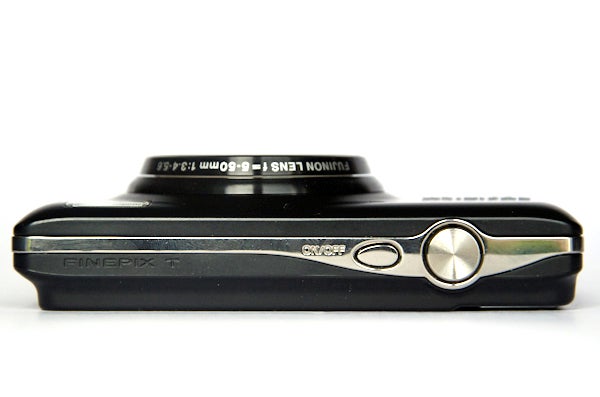 Verdict
The Fujifilm FinePix T400 is a 16MP budget compact that comes with a 10x optical zoom. While the extended telephoto reach certainly adds some flexibility, in all other respects the T400 is very much a bare-bones budget snapper. As such performance is a little sluggish and the rear LCD monitor is of relatively poor quality. Image quality isn’t too bad at the lowest sensitivity settings but soon falls apart as you raise the ISO. 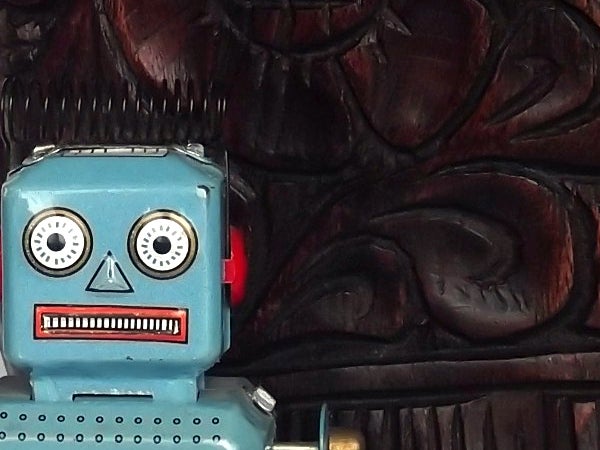 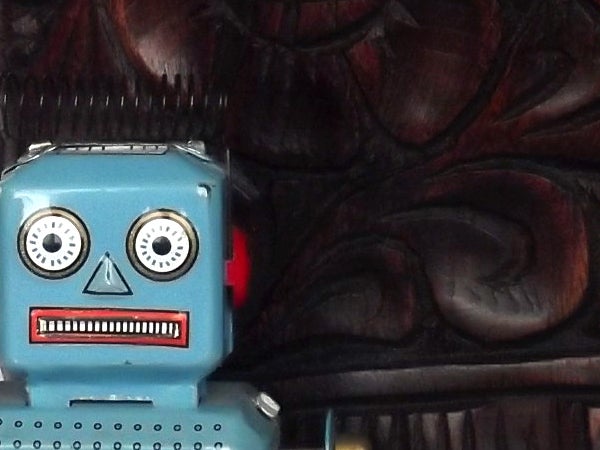 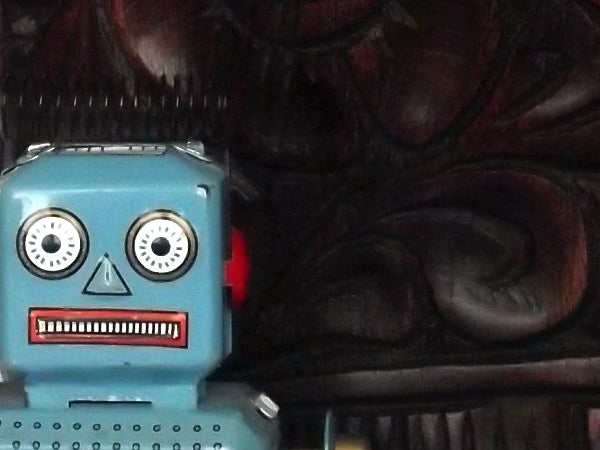 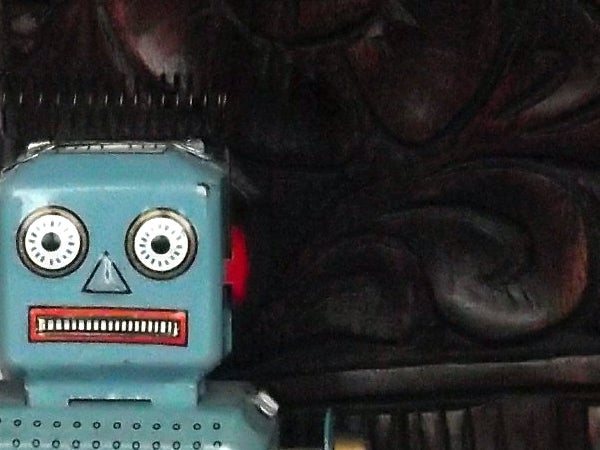 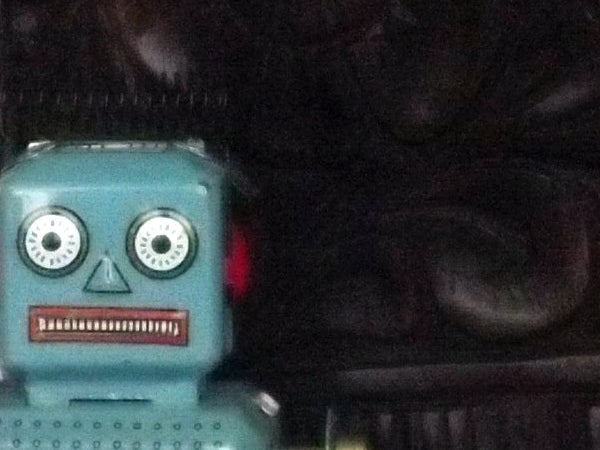 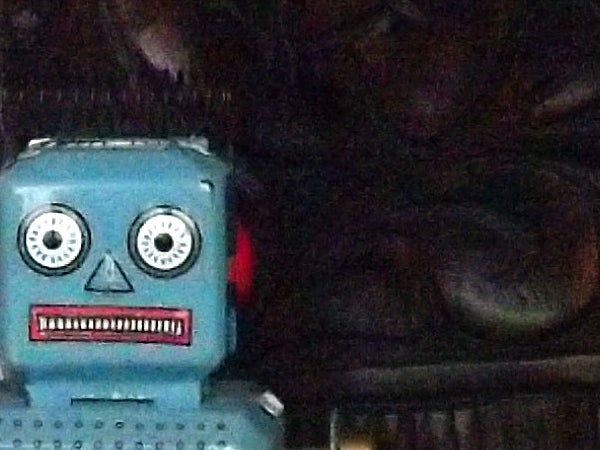 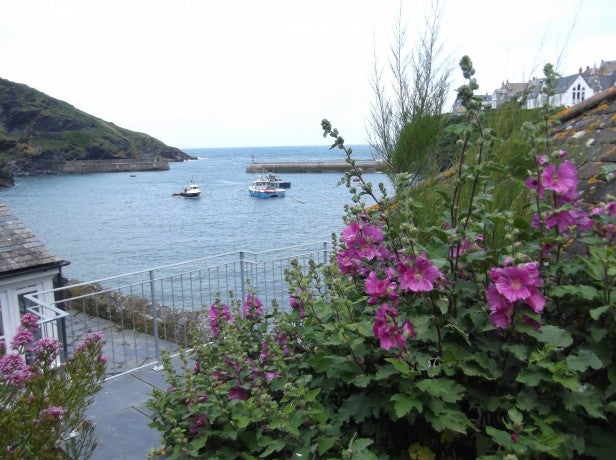 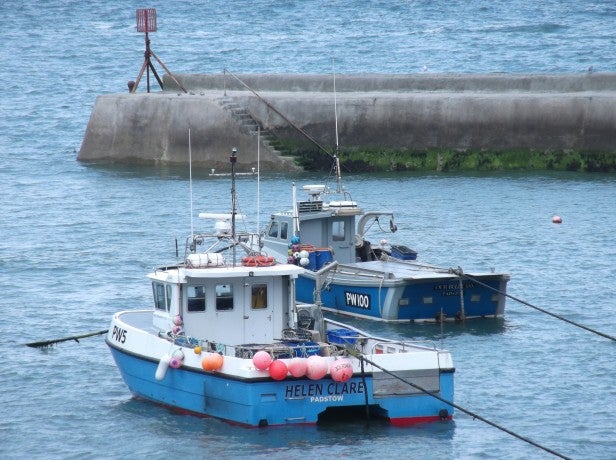 While at 280mm it’s possible to bring faraway objects much closer. 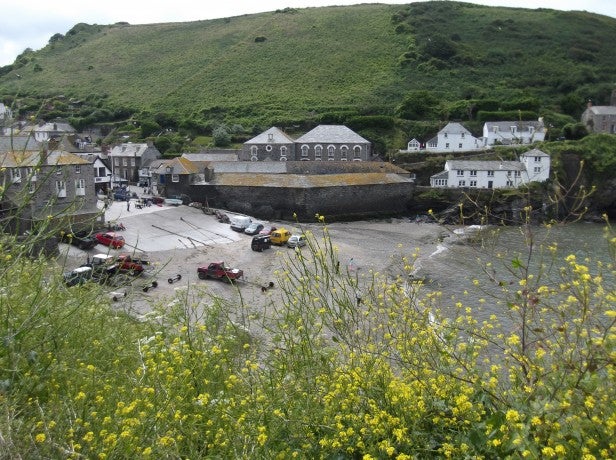 Image quality isn’t bad at the lowest ISO settings, although edges and corners aren’t all that sharp. 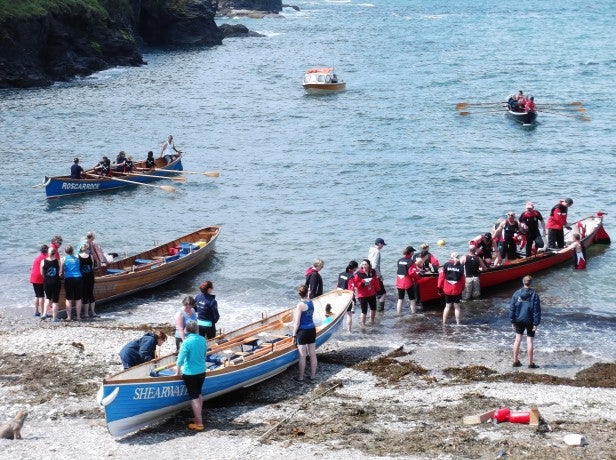 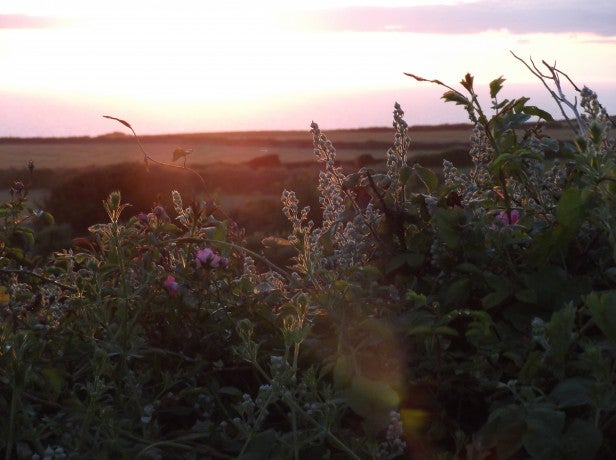 The T400 has done a good job of capturing the backlit foliage.