The Fujifilm FinePix SL300 is the top model within a trio of new competitively-priced superzooms that were announced at the beginning of the year, the other two models being the SL280 and SL240. The three models are all identical in terms of their core specification, with the only notable difference between them being the maximum reach of their fixed optical zoom: the SL240 gets a 24x zoom, the SL280 a 28x zoom and the SL300, following logically on from the naming convention of the other two, gets a 30x optical zoom.

Fujifilm is widely recognised as having plenty of pedigree when it comes to making superzooms, and we were certainly
impressed with both the HS30 and more premium X-S1 when we reviewed them recently. However, the superzoom market remains fiercely competitive, and to this end the SL300 needs to bring plenty to the table if it hopes to compete with the likes of the all-new 30x Canon SX500 IS (£280), or the older but slightly more powerful 35x Canon SX40 HS (£300). 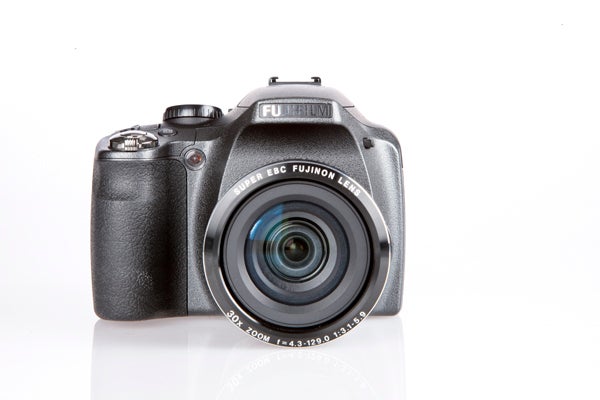 Well, in terms of optical flexibility at least the SL300’s 30x optical zoom is certainly able to compete, providing the camera with a focal range of between 24-720mm in 35mm terms. Maximum aperture is f/3.1 at 24mm, rising incrementally to f/5.9 at 720mm. Minimum focus distance, meanwhile, ranges from 40cm at 24mm to 2.8m at 720mm, although there’s also a Super Macro setting that lets you get as close as 2cm for close-up shots. Last but not least the camera also benefits from sensor shift image stabilisation technology – something of a must-have feature really, given the camera’s extended telephoto reach. 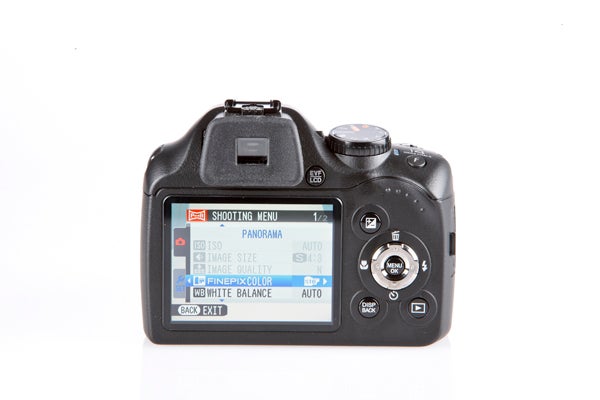 Internally, the SL300 is built around a 1/2.3in CCD sensor with an effective resolution of 14MP. Sensitivity stretches from a baseline setting of ISO 64 up to ISO 1600 at full resolution, with extended settings of ISO 3200 and 6400 albeit at reduced resolution. The SL300 gets the full range of Program, Aperture-priority, Shutter-priority and full Manual (PASM) exposure modes for those photographers who are comfortable using more advanced settings, while an Automatic Scene Recognition mode, a fully Automatic mode and a range of Scene modes provide plenty of options for more point-and-shoot photography. Used in SR Auto mode the camera also detects faces, blinks and smiles to help you get better portraits.

One area where the SL300 does fall down, however, is with its rather limited HD movie capture options. With everything maxed out the SL300 can still only offer a maximum capture quality setting of 720p HD at 30fps. Of course, strictly speaking 720p is still High Definition, but given that it’s not unusual to find most £200 compact camera to offer 1080p Full HD capture, it does feel like a bit of a cost-saving compromise – especially given how Fuji. Should you only want to capture standard definition movies then the SL300’s sole HD capture option is supplemented by 640 x 480 VGA and 320 x 240 QVGA quality options, with all sound captured in mono via a single microphone.

On the back of the camera is a 3in, 460k-dot LCD monitor to help out with framing and playback. Should you prefer to hold the camera to eye level then there’s also an electronic viewfinder although at just 0.2in and with a resolution of 200k-dots it’s a bit small and doesn’t provide a particularly satisfying user experience. 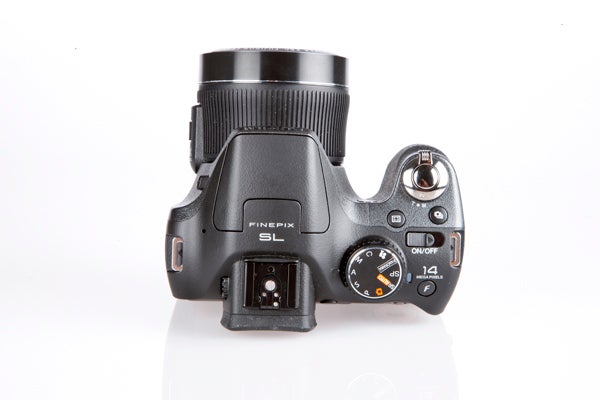 In it’s marketing material Fujifilm claims that the SL300 offers ‘Built-in social networking’, although this is actually slightly misleading. The reason for this is that, unlike Samsung’s Smart Camera range (including the recently reviewed MV900F and WB850F models), and also the Panasonic FX90, Nikon P1 and recently announced Nikon SC800c, the Fuji SL300 doesn’t offer built-in Wi-Fi that enables you to upload images to the web directly from the camera. Instead, the SL300 requires you to connect it to a PC first before you can use the social networking feature to upload your images to the web.

The Fujifilm SL300 sticks with the tried and tested superzoom design with a DSLR like shape that slots quite neatly into the hand. The bulk of the camera is taken up by the large fixed zoom and deep handgrip, both of which are given a rubberised finish to give the camera a more tactile feel. We found that the camera sits the hand nicely and handles well, although overall build quality isn’t quite as tough as it could be. 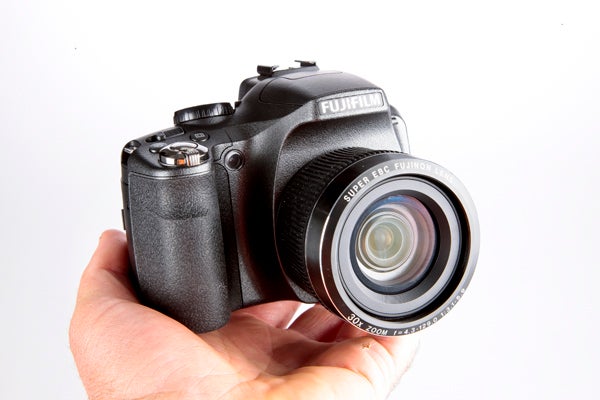 Aside from the rubberised hand grip and lens barrel the rest of the camera body is a bit plasticky and doesn’t feel like it’ll stand up all that well to the inevitable bumps and knocks that occur over a camera’s lifetime. Given the camera’s position at the budget end of the superzoom market, however, it’s not altogether surprising to find that build quality isn’t as high as its more expensive rivals.

In addition to build quality there are some other aspects of the camera that do point towards a bit of cost cutting. The LCD screen for example isn’t the best quality and struggles to render an images accurately, especially in relation to colour hue. The EVF, meanwhile, is tiny, not particularly sharp and altogether not particularly user-friendly.

It’s not all bad though, as the Fuji SL300 does have some useful features. For example, we like how the camera has a dedicated point on the mode dial for the Panormamic guide mode that can be called upon to help you to stitch several individual shots into one super-wide panoramic image with. Also, Fuji’s Super Macro mode is a useful addition that allows you to focus as close as 2cm away from your subject. The camera also benefits from a secondary zoom rocker positioned on the left side of the lens barrel. The main rocker switch is pretty sensitive too, with approximately 45 individual steps between the maximum wideangle and telephoto settings giving you good control over the zoom. 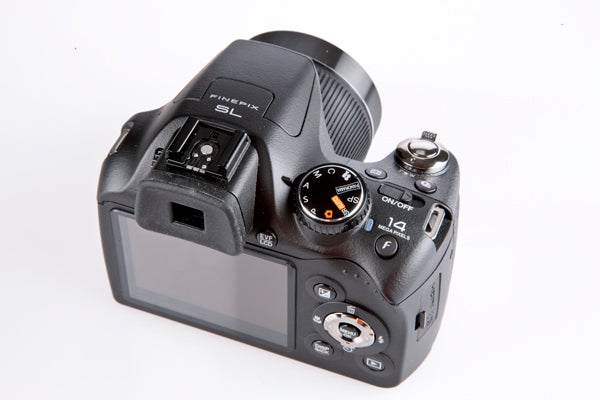 Performance wise, the SL300 is generally quite reliable. The autofocus system is generally quite fast – at least when there’s plenty of light available – and also proves reliably accurate. The camera also offers a good range of AF modes to choose from, including AF-S whereby the camera will lock focus once the shutter has been half-pressed and AF-C where the camera will continue to maintain focus. In addition there’s also a Tracking focus mode to keep moving subjects in focus, although as with many cameras of this type it does tend to struggle if the subject is moving too erratically or fast. The various Face Detection focus modes are all useful additions too, that will help anyone who is primarily using the camera to shoot people with.

The SL300’s menu system is fairly basic and should be instantly familiar to anyone who has used a Fujifilm camera in recent years. Next to the main mode dial is a useful ‘F’ button that can be used to gain instant access to a range of the most popular settings, which in turn saves you the trouble of having to enter the main in-camera menu if you’re just looking to tweak something.

Sadly, the SL300 rather disappoints in terms of overall image quality. Even when the SL300’s budget price is factored in, the camera suffers from a number of issues that combine to make it a bit unreliable. On the plus side, when everything goes right the camera is perfectly capable of taking a half decent snap. Image sharpness is generally quite good – at least when the camera is being used at wideangle and mid-telephoto settings – while colour representation also tends to be accurate and pleasing. Unfortunately though, the camera suffers from some niggly problems in other areas and a general lack of consistency. 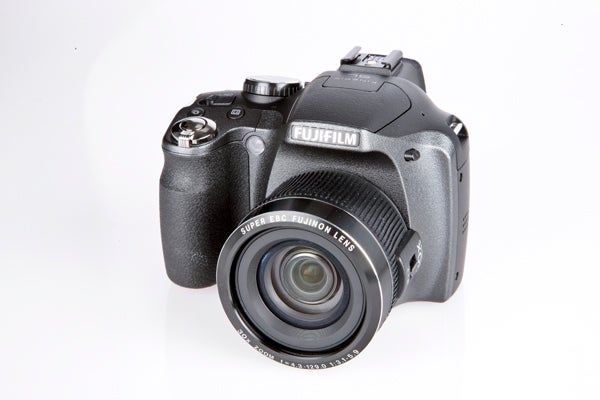 Metering, for example, can only really be described as hit and miss: when the SL300 is being used in matrix metering mode (which calculates what should be the correct exposure based on the whole of the frame) the metering module is prone to over- and under-expose images. This leads to images that are either too dark, or which have blown highlights. Of course, the SL300’s relatively narrow dynamic range is something it shares with most other compact digital cameras that use smaller 1/2.3in sensors, however unlike better cameras on the market the SL300 finds it harder to strike a reasonable balance, especially when presented with a high-contrast scene.

The Automatic White Balance (AWB) setting displays quite a worrying level of inconsistency too with images varying from too warm to too cold from shot to shot. You can, of course, choose to set the colour temperature yourself from shot to shot, but for most people looking for a point-and-shoot kind of camera this will quickly become quite a chore that detracts from overall enjoyment of the camera. 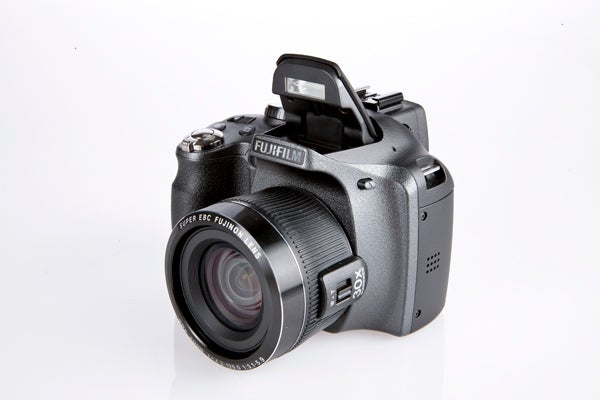 Verdict
The Fujifilm SL300 is a competitively priced 30x superzoom that, on paper at least, looks to offer very good value. That said, the old maxim about getting what you pay for rings true and while the SL300’s large optical zoom and manual controls provide plenty of flexibility, the camera does cut some corners and come up short in other areas. While the plasticky build quality and limiting of video capture to 720p HD are both just about understandable given the price, the inconsistent image quality it delivers is less forgivable. 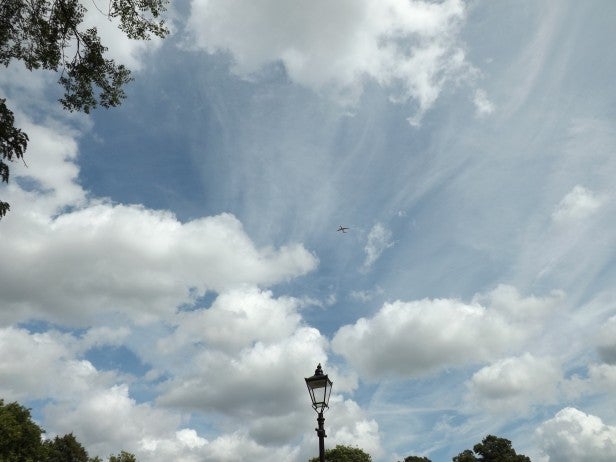 Used at its 24mm wideangle extreme the SL300 is able to pack plenty into the scene. 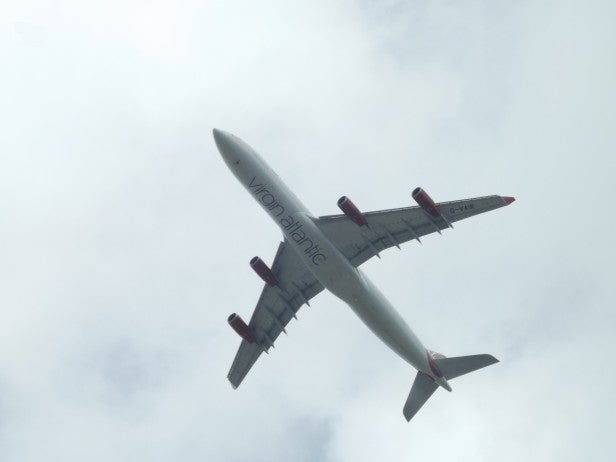 While at 720mm, the SL300 can pick out the airline’s name on the plane’s fuselage. 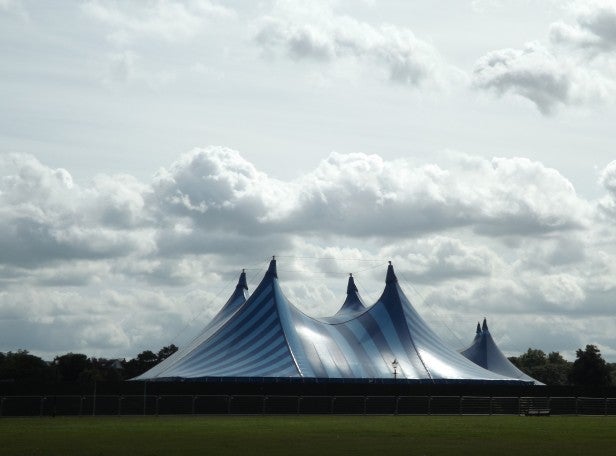 Metering can be a problem with the SL300 regularly under- or over-exposing images. 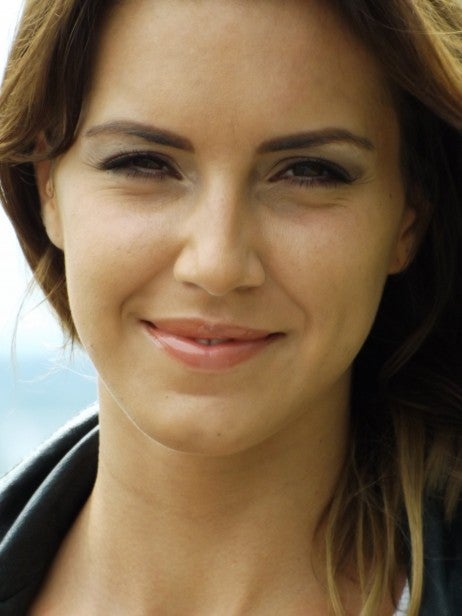 Automatic white balance metering is also hit and miss – here the camera has given our subject a displeasing green hue. 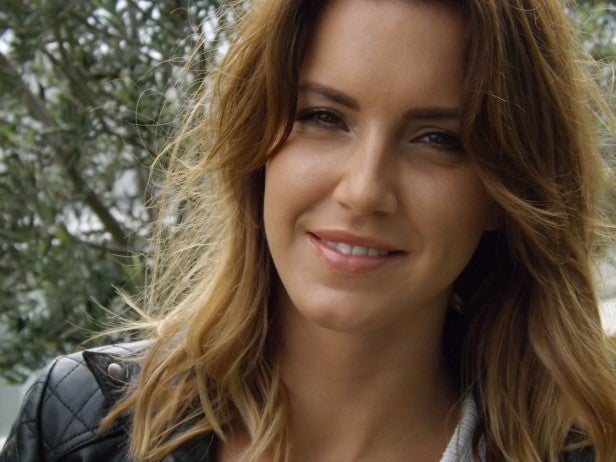 When the camera gets it right though, the results can be quite pleasing.