Back in November 2005 I reviewed the Fujifilm FinePix S9500, and to say I liked it is something of an understatement. I seriously considered selling my digital SLR – at the time a 6-megapixel and very dust-prone Pentax *ist D, and buying the S9500 instead. I didn’t, as it turned out, because I ended up getting a Sony A100, but it really was that good, as many satisfied customers will attest.


Because of that success, in August last year Fuji announced the replacement for the S9500, and surprised nobody by naming it the S9600. It has also proved to be extremely popular, particularly with reviewers, which is why it’s taken me until now to get my hands on one. 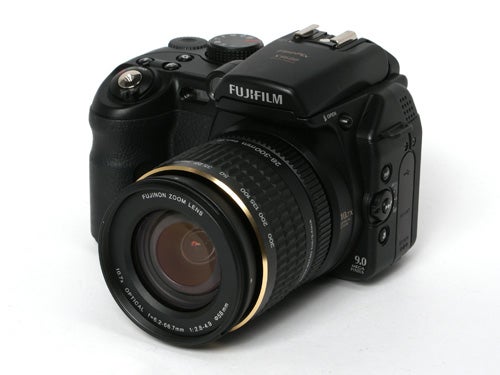 
The S9600 is physically almost identical to the S9500, and indeed there are no immediately visible external differences apart from the model number on the top of the flash housing. This isn’t at all unexpected; the S9500 won much praise for its exceptional handling, so if it ain’t broke there’s little point in fixing it. 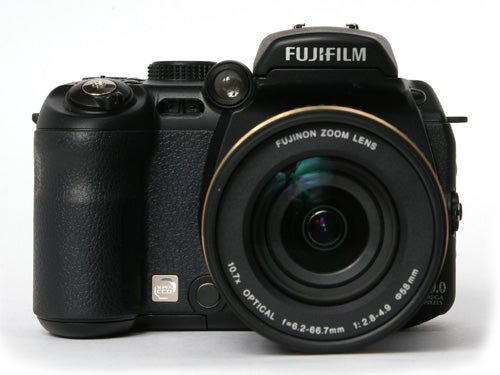 There are a couple of changes to the specification though. The S9500’s fold-out 1.8-in, 118,000 pixel LCD monitor has been replaced with a much better 2-in 235,000 pixel unit, which is – at least as far as I am aware – the highest resolution monitor on any camera currently available. It is bright and relatively non-reflective, making it usable in bright sunlight. As on the S9500, the monitor can be folded upward by 90 degrees for use as a waist-level finder, or downward by 45 degrees for overhead use.


The monitor now matches the electronic viewfinder which also has a resolution of 235,000 pixels, although it seems to me that it is slightly sharper than the one on the S9500. Critics who don’t like electronic viewfinders really should see this one; it is far and away the best I’ve ever seen. No, it’s not the same as a real optical viewfinder; for starters it’s brighter in low light and has a better information display. It is the first electronic viewfinder I’ve used that has been sharp enough for accurate manual focusing.

The other changes are harder to spot, but are significant nonetheless. The S9600’s autofocus system has been massively improved, and is now a claimed 40 percent faster than its predecessor, which was itself by no means slow. I would have to say that the Canon S3 IS is faster still, but there’s not much in it. However when I heard the noisy AF motor powering the Fuji’s big lens, I suddenly missed the whisper-quite ultrasonic motor in the Canon.


Overall performance is very good. The camera starts up in about a second and has virtually zero shutter lag. Low light focusing is extremely good, including focusing in total darkness thanks to a powerful AF lamp. 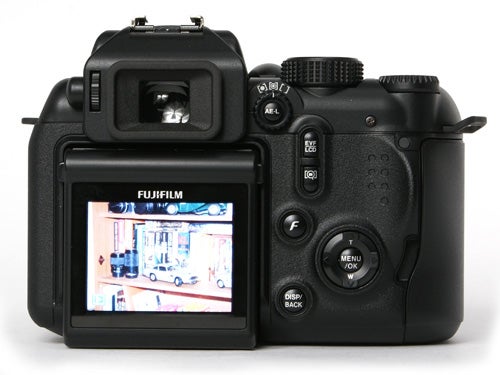 Shot-to-shot times are quick enough in JPEG mode, with a delay of only about 1.5 seconds between shots. The camera has several continuous shooting modes, with top-4, final-4 and auto bracketing, as well as a conventional drive mode. This isn’t as fast as I’d hoped, but it’s not too shabby, managing 1.1 frames per second for 40 frames.


Battery life is pretty good, although since it runs on 4x AA the actual duration will vary depending on type and quality. I was able to take over 150 shots using the cheap alkalines that came with the camera, and well over 200 on a set of 2100mAh NiMH rechargeables. 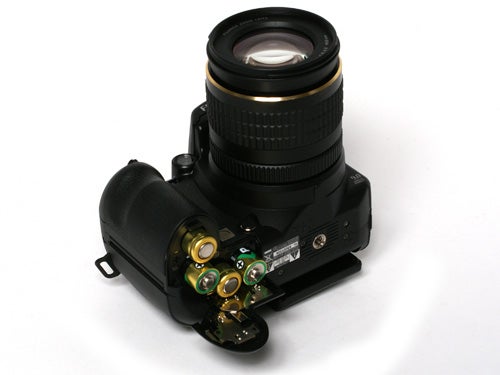 The S9500’s impressive 10.7x zoom Fujinon lens is also unchanged. With a maximum aperture of f/2.8 at wide angle to f/4.9 at the telephoto end it isn’t as fast as the lens on the Canon S3 IS that I reviewed last week, but it more than makes up for this with its smooth and accurate manual zoom control. Anyone who has used an SLR camera will feel right at home with it. I don’t think I’m alone in saying that I vastly prefer a manual zoom control on a super-zoom lens. It is much quicker, allows much more accurate framing, and of course places no drain on the batteries.


The optical quality of the lens is very good, with excellent edge-to-edge sharpness. It does suffer from slight barrel distortion at the 28mm end, but barely enough to be noticeable. There is also some chromatic aberration toward the corners at the wide-angle end, but again it is very slight and not enough to cause a major problem.

Other than that, picture quality is superb. Another minor tweak to the camera’s system is improved image processing, providing better noise reduction at high ISO settings, although it’s still not in the same league as the FinePix F30. Colour rendition and exposure were never less than perfect.


The level of photographic detail that the camera can capture is extremely impressive. The S9600 has a 1/1.6in sensor, not as large as the APS-C sensors used in most digital SLRs, but larger than most other compacts. Larger sensors have better colour depth and are inherently less prone to image noise, so it’s a good choice for a serious enthusiast’s camera. As I said in my review of the S9500, the only way you’ll get better image quality is to buy a good mid-range SLR, which is going to cost twice as much. 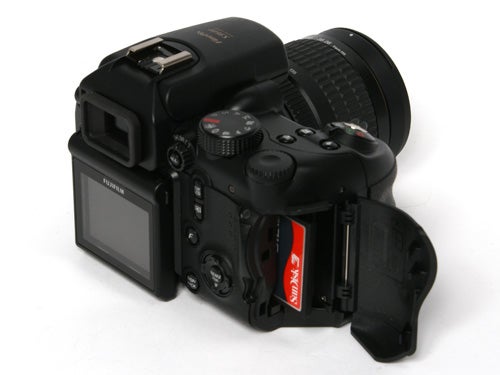 Like many high-end cameras and all DSLRs, the S9600 has a RAW mode option, allowing you to bypass the in-camera processing and JPEG compression. It comes with Fuji’s HyperUtility 2 software for converting RAW files. This package does produce lovely results, and is especially good at noise reduction, but it is quite possibly the slowest and most awkward RAW converter I’ve ever used, with the exception of HyperUtility 1. Batch processing a few dozen RAW files can take the best part of an hour. Unfortunately using the Camera RAW plug-in for Adobe Photoshop doesn’t produce anything like the same quality, and can result in very noisy high-ISO images, so you’ll just have to be patient. At least there’s a nice 162-page owner’s manual to read while you’re waiting. 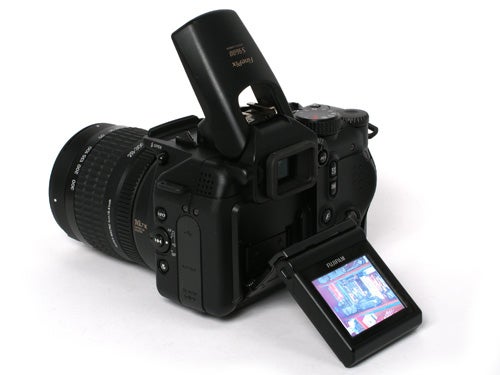 To be honest, the fine JPEG mode with its big low-compression files so is so good it’s hardly worth using the RAW mode most of the time, unless you really want to hand-process all of your shots. You’ll still get the best picture quality this side of a good mid-range SLR, and you’ll be able to enjoy the camera’s improved performance.


The S9600 offers only a few minor improvements to what was already an outstanding enthusiast’s camera. If you’ve already got an S9500 it’s probably not worth upgrading, but if you’re looking for a cheaper alternative to a digital SLR, or a second camera for when you don’t want to cart your whole kit around, the S9600 is the best choice on the market. 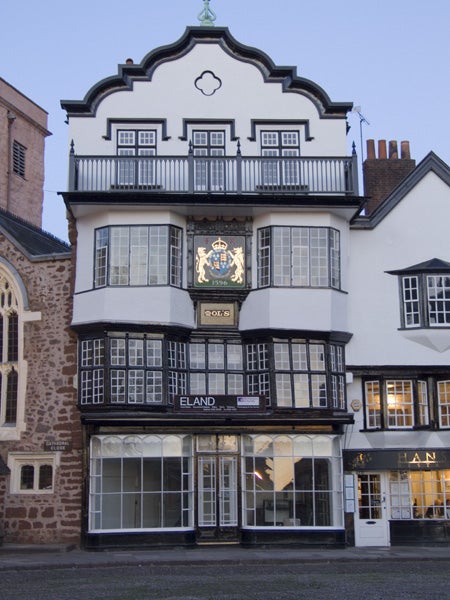 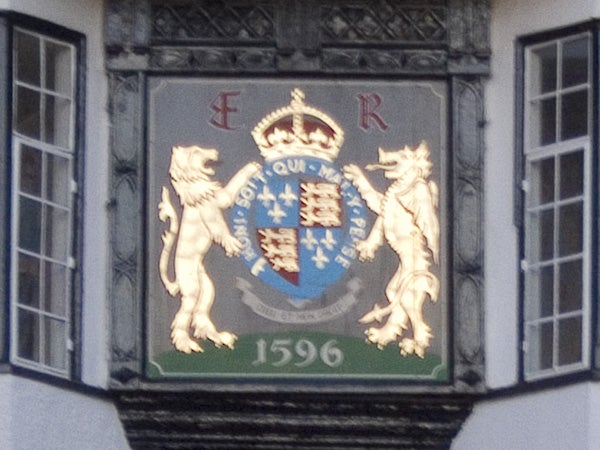 Unfortunately there is some camera shake in this shot which rather ruins the effect, but at ISO 80 there is no visible image noise and the picture should be sharp and clear. 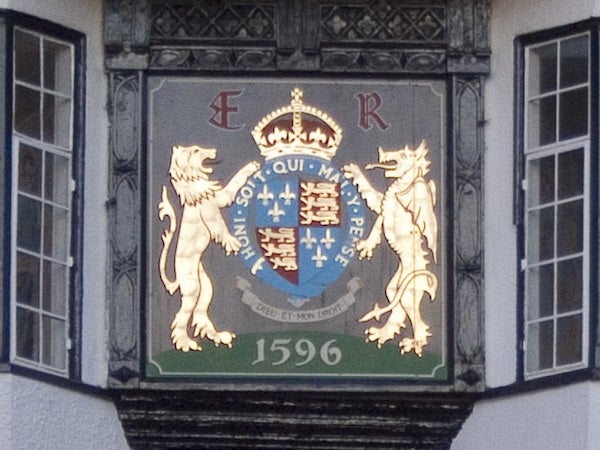 Only 1/5th of a stop higher, unsurprisingly this shot is also completely noise-free. 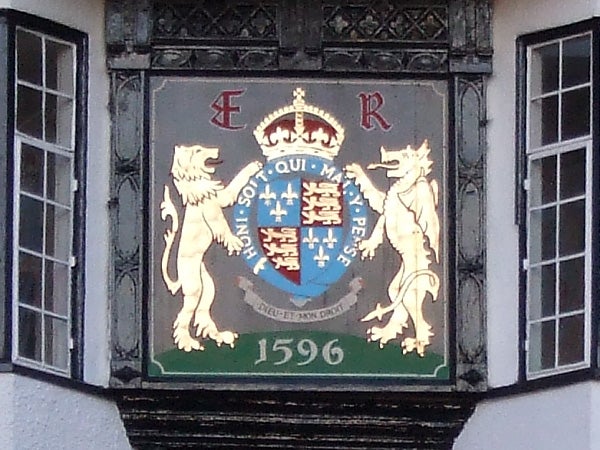 Shot in RAW mode and converted using the supplied software, this 200 ISO shot is also noise-free, and if anything has even better colour and contrast than the 100 ISo shot. 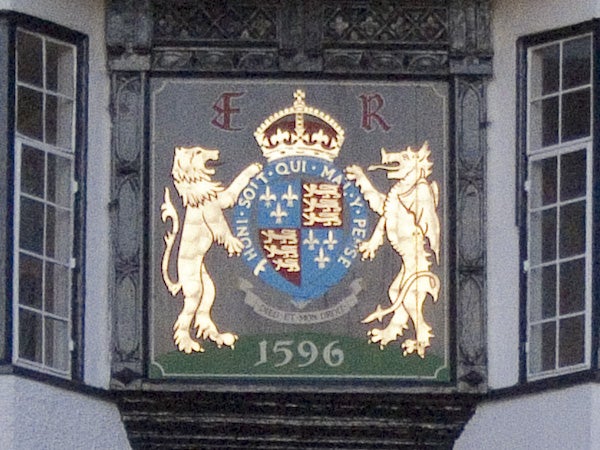 At 400 ISO there is some image nose starting to creep in, but the overall level of detail and colour rendition is still very good. 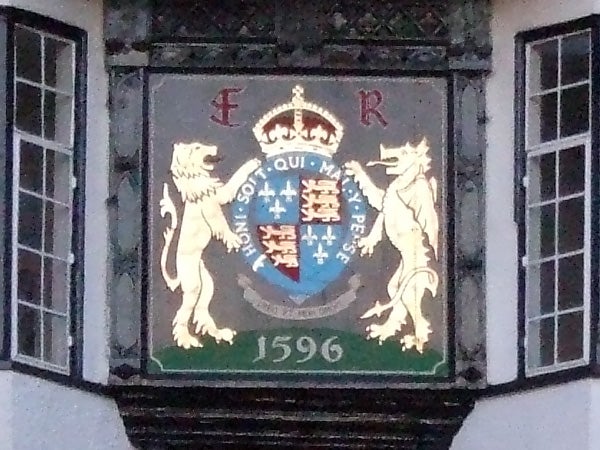 At 800 ISO the RAW converter’s noise reduction has really kicked in, and some fine detail has been sacrificed to reduce the noise levels. However the colour and contrast are excellent and the shot would still make a good print. 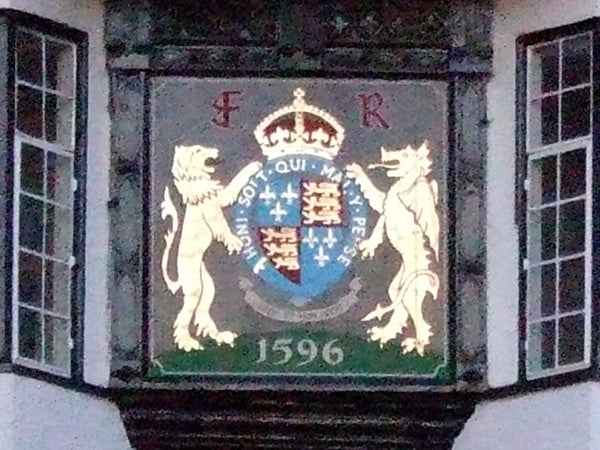 At the maximum 1600 ISO, there is now a good deal of image noise and colour distortion, and more detail has been lost. Contrast and exposure are still good though. 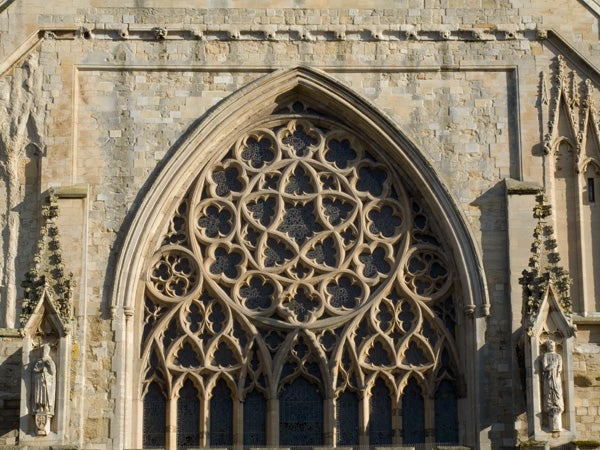 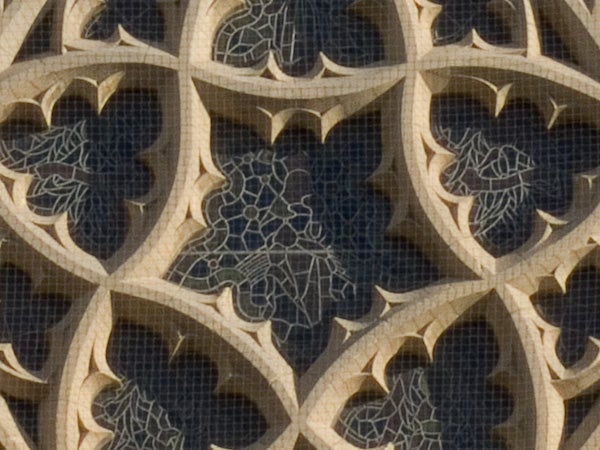 This is a 100 percent crop of the centre of the above image. Compare this with similar shots in my other reviews to see what an amazing level of detail the S9600 can capture. 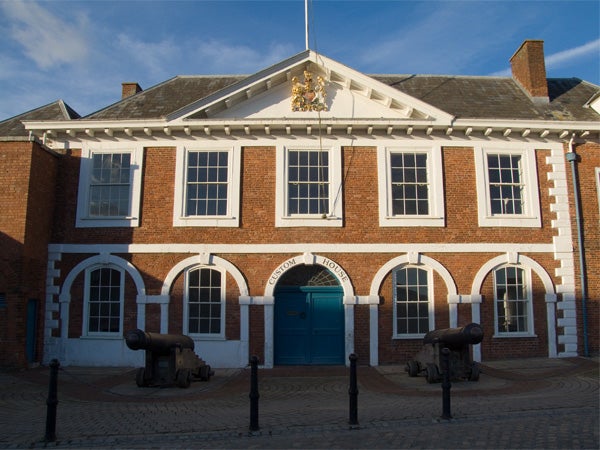 The 28mm-equivalent wide end of the zoom range does produce some slight barrel distortion, but not enough to be a real problem. 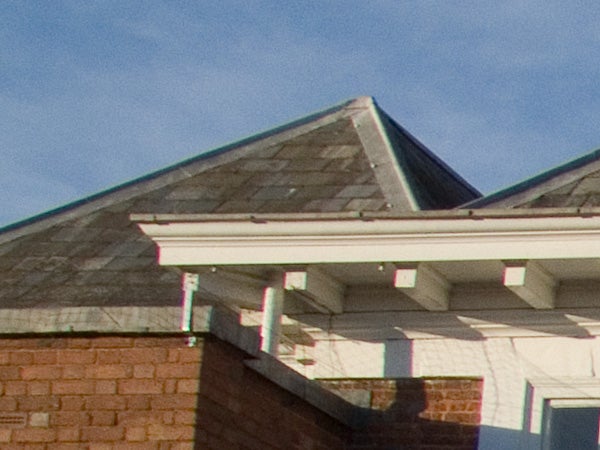 This is a 100 percent crop from the top left corner of the previous shot. Although edge sharpness is very good, there is some slight chromatic aberration visible on the highlights. 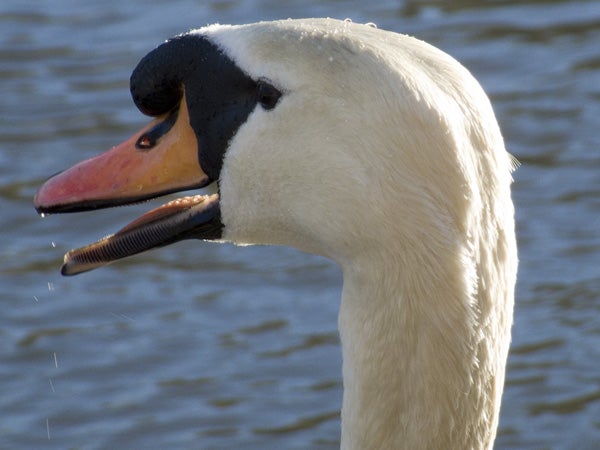 The AF system has been tweaked to make it much quicker. Even at full zoom it had no problem snapping a moving subject. Does anyone know what those knobbly bits are on the top of swans’ beaks? As with most Fujifilm cameras, colour rendition and exposure are superb. 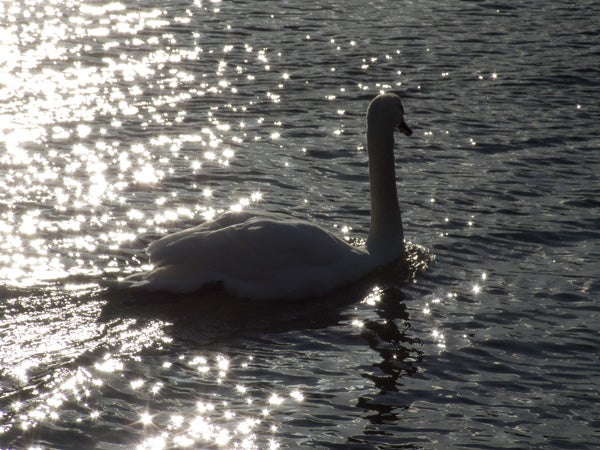 Shooting a white swan against the bright reflections on the water is an exposure nightmare, but the S9600 has taken it in its stride. 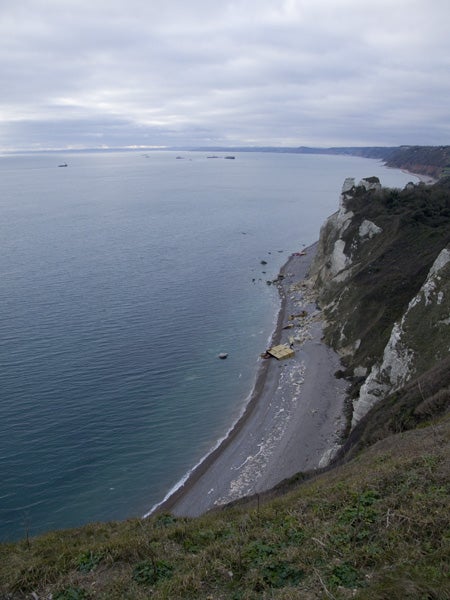 With a wide-angle end equivalent to 28mm, the S9600 is ideal for capturing all the crap that the looters left on the beach after the Napoli ran aground. I hope the company that owns the ship is going to clear it up, rather than it coming out of my council tax. 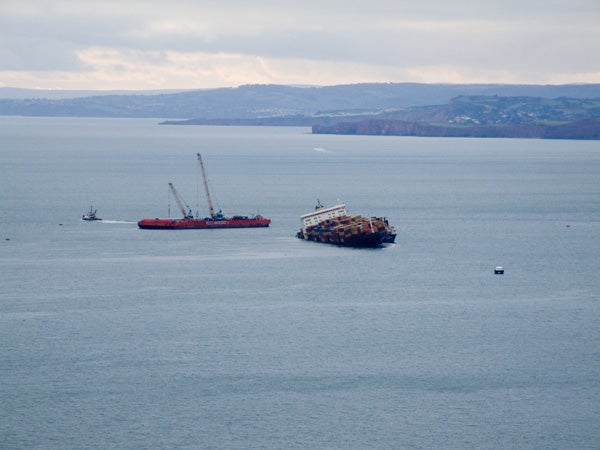 Shot from the same spot as the picture above, on the cliffs near Branscombe, this shows the power of the 300mm-equivalent telephoto end of the zoom range.