The dividing line between digital SLRs and fixed-lens cameras has been getting pretty blurred lately, with entry level SLRs getting progressively cheaper and taking on many of the easy-to-use features of snapshot cameras, while high-end fixed-lens cameras get ever more capable and sophisticated. The new FinePix S9500 from Fujifilm is the camera that finally erases that dividing line altogether, and provides the perfect choice for those who want the best of both worlds.


This camera looks, handles and performs like an SLR, and has the picture quality to match, but with a price tag of just £403.00 it is over £100 cheaper than the lowest priced SLR on the market. With its huge 28-300mm equivalent (10.7x) zoom lens permanently attached it avoids the hassle of carrying lots of extra equipment, as well as eliminating the one big problem that digital SLR owners don’t like to talk about: dust on the sensor. 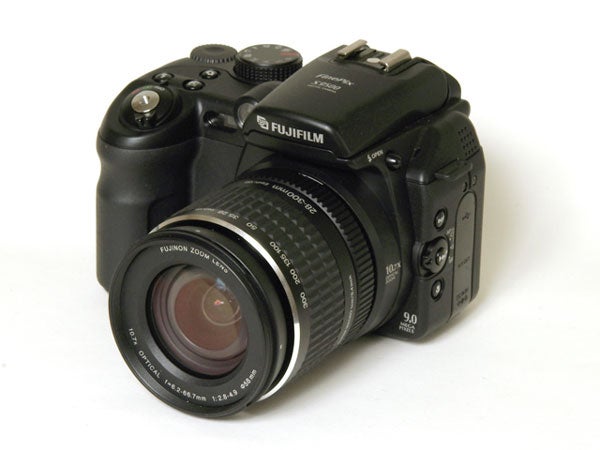 I have a digital SLR myself, and I’ve had to have the CCD professionally cleaned twice. Every time I change lenses there’s a chance that dust will get inside, and no amount of blowing with canned air will shift all of it. Having used the S9500 for a little over a week, experienced its fantastic handling and performance and seen the sort of image quality of which it is capable, I’m planning to sell my SLR and get one of these instead. The 28-300mm zoom range matches the capabilities of all the lenses I have for my SLR, and it has plenty of other features that I personally would find enormously useful.


In both size and design the S9500 resembles an SLR far more than a fixed-lens camera. It is quite large, with a comfortable sculpted handgrip, a big electronic viewfinder and a pop-up flash. The 1.8in LCD screen can hinge up 90 degrees and down 45 degrees, handy for waist-level or overhead shooting. The camera is powered by four AA batteries housed inside the handgrip, their weight giving it a nice balance despite the bulk of the lens. The body is made of plastic over a metal chassis, and although there are a few creaks if you squeeze it hard, on the whole it looks and feels solid and capable. 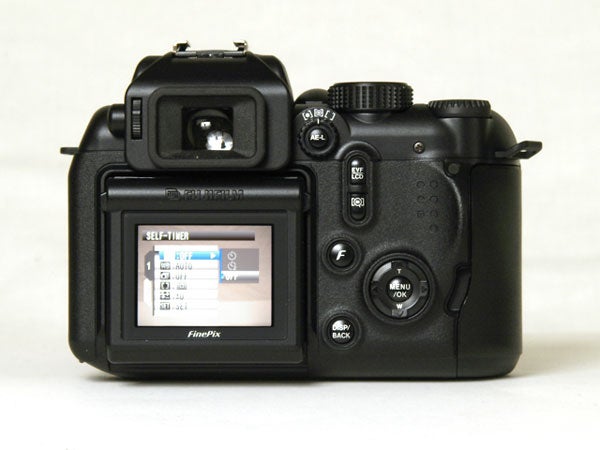 Because the zoom lens isn’t powered, start-up time is an impressive 0.8 seconds. The hybrid AF system is also extremely fast, producing a shutter lag of around 0.01 seconds in good light. The S9500 has an excellent AF illuminator with a range of around 20 feet, allowing the camera to focus in complete darkness, although it does take around half a second.


The main shooting control is the mode dial on the top plate, offering the usual combination of full auto, program AE, aperture and shutter priority and manual exposure, as well as portrait, landscape, night scene and movie modes. Not so usual are the anti-blur mode, which biases the exposure system toward higher shutter speeds and ISO, and the natural light setting which is used for low light photography without the flash. 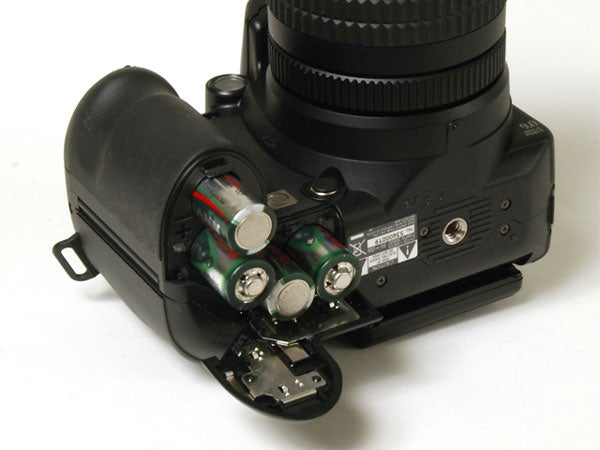 The S9500 has a very good movie mode, shooting at a resolution of 640 x 480 pixels at 30 frames a second. Unlike some cameras, the zoom lens can be used in movie mode, and is of course silent. Clips are recorded directly to the memory cards, which since the camera has slots for both xD Picture and CompactFlash cards, means potential shooting times of over an hour at maximum quality.


Most of the other main options are activated by separate external buttons, including exposure compensation, continuous shooting mode, flash mode and the exceptionally good 1cm macro mode. The main power switch is a rotating collar around the shutter button. The shutter button itself has – wonder of wonders – a threaded socket for a cable release. Most digital cameras only offer the option of an expensive electronic remote control, so a proper cable release is a rare delight. Just to complete the package it also has an X-sync socket for connecting a studio flash system. 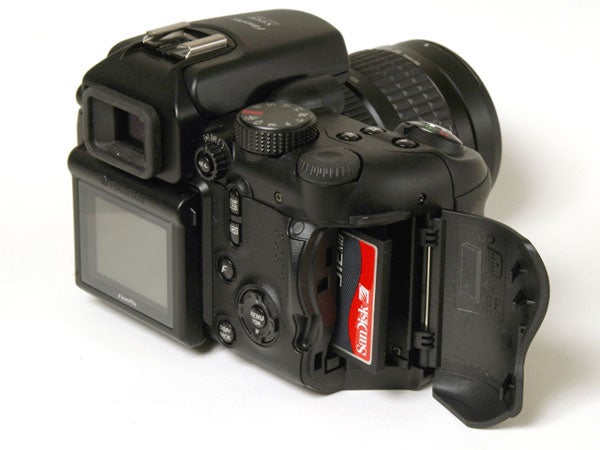 Fujifilm has a lot of experience making high-end cameras with big fixed lenses. Models such as the FinePix 6900 Zoom, S602Z and S20 Pro have established a strong reputation for handling, performance and image quality. The S9500 takes the design concept of these cameras, adds some SLR know-how from the S2 and S3 Pro and pumps the mixture full of steroids. It has a 5th-generation 1/1.6in Super CCD HR with 9.0 effective megapixels, generating a massive image size of 4,864 x 3,648 pixels when converted from RAW mode. That’s large enough to print out at 16 x 12in at 300ppi photo quality, which is nearly A2 paper size. We’re going to need a bigger printer.

The 6.2-66.7mm (28-300mm equiv.) F2.8-4.9 Fujinon lens is newly designed specifically to match the S9500’s sensor, and provides excellent optical quality throughout its zoom range. There is some minimal chromatic aberration visible in the corners of the frame at the wide-angle end, but no more than would be found using all but the most expensive SLR lenses. Many other cameras with long zoom lenses now feature image stabilisation mechanisms designed to counteract camera shake at slow shutter speeds, usually providing around 2-3 stops of extra hand held shooting in low-light conditions. Surprisingly for a camera with a 300mm lens, the S9500 doesn’t have image stabilisation. However its F2.8 maximum aperture and extremely good high-ISO noise reduction give it an extra 3-4 stops in low light, which more than makes up for it.


The manual twist-barrel zoom control allows both rapid changes from one end of the range to the other, but also precise framing, meaning fewer pixels are wasted cropping images after shooting. Manual focus is also available, using a twisting collar on the lens barrel that is linked to the AF motors, a system first seen on the FinePix 4900 Zoom. 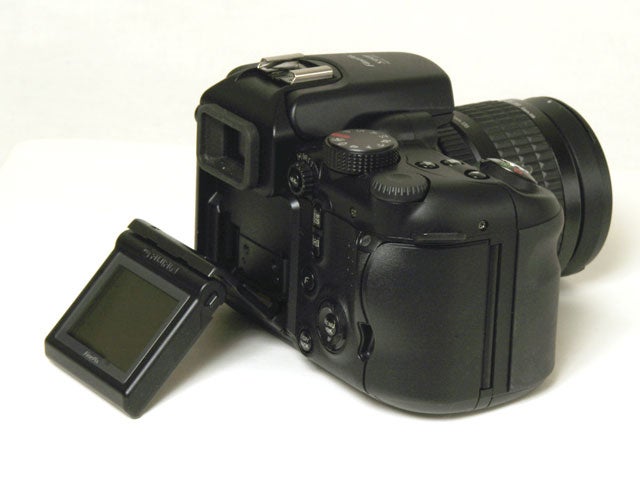 Since its introduction in 2001 there has been much debate over Fuji’s SuperCCD technology and its use of interpolation, and some reviewers remain skeptical, but the fantastic level of detail in the images produced by the S9500 should settle any arguments once and for all. In the eight years that I’ve been reviewing digital cameras, the only one I’ve seen with better image quality is the Canon EOS 1DS MkII, which at £4700 is nearly 12 times the price of the S9500. Focus, exposure, contrast, colour rendition, sharpness and noise control are all absolutely superb. In fact, as the sample pictures will show, it is astonishingly noise-free even at 800 ISO.


This is now officially my favourite camera, and if Fujifilm want it back they’ll have to fight me for it.


With the S9500 Fujifilm has produced what is unquestionably the best fixed-lens camera currently available. Its SLR-like handling and performance make it a real pleasure to use, while its amazing picture quality and fantastic versatility are matched only by its price. A total bargain at £400, I predict that this camera will be selling by the truckload this Christmas, so get your order in early. 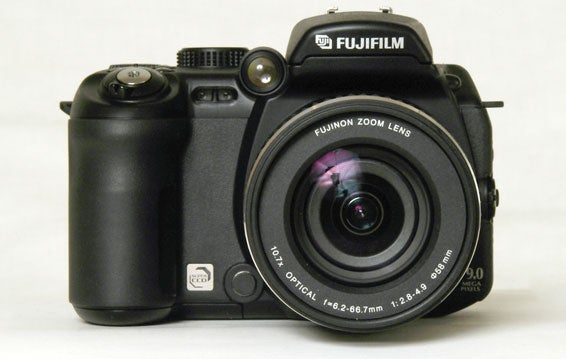 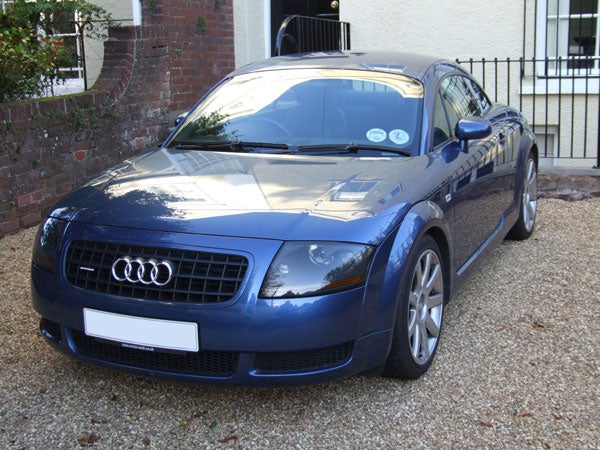 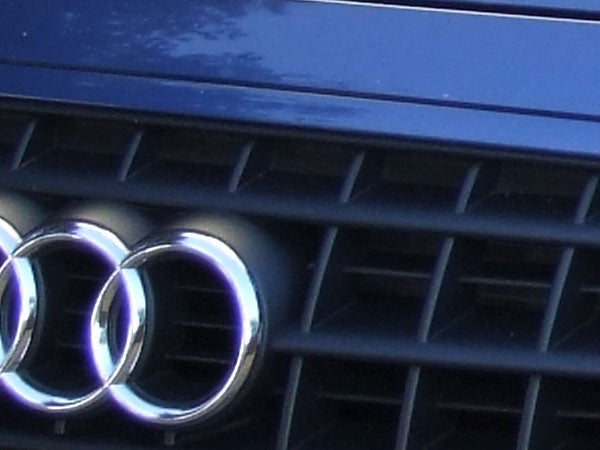 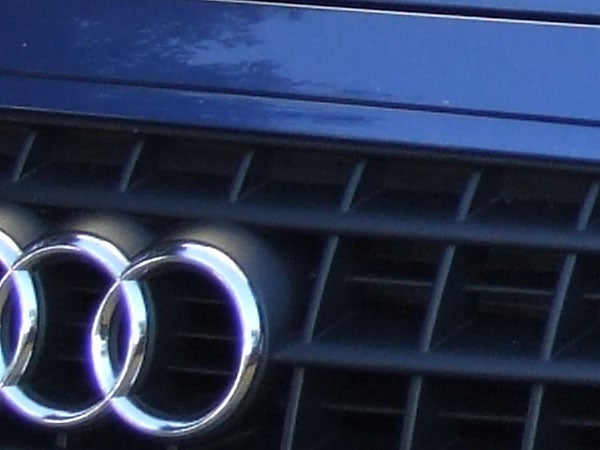 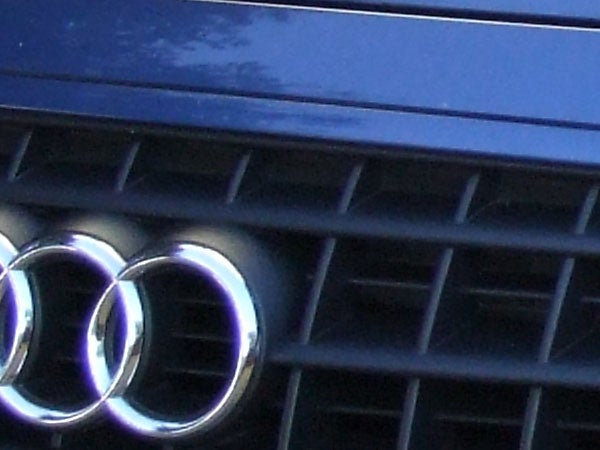 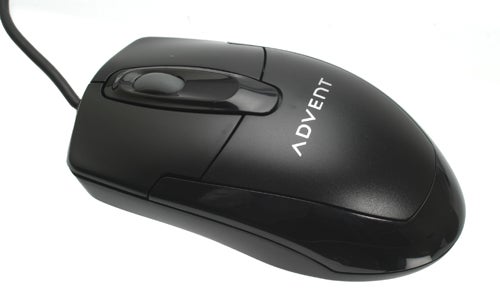 800 ISO, and just a few colour speckles in the shadow areas. 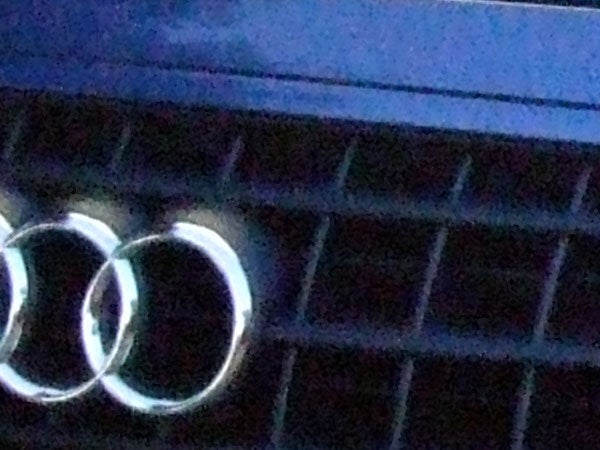 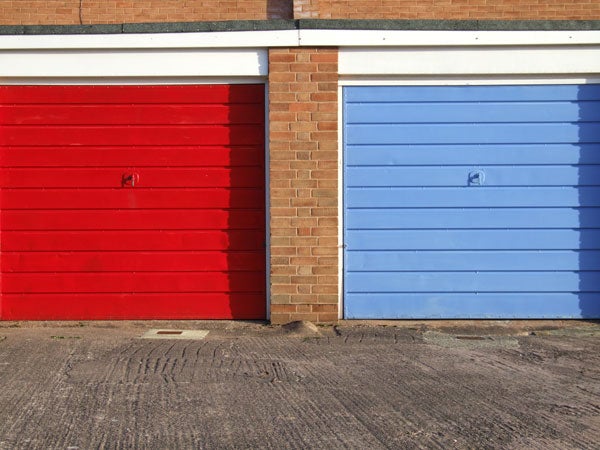 Fujifilm has always been known for its rich saturated colours, and its CCD sensors carry on in the same tradition. Colour rendition on the S9500 is superb. 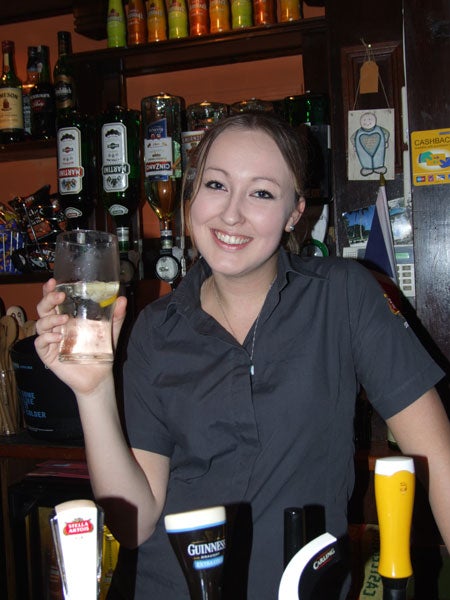 No, I don’t do all my work in the pub. Whatever made you think that? The lovely Rebecca at the Prospect Inn ably demonstrates the power and coverage of the S9500’s pop-up flash. 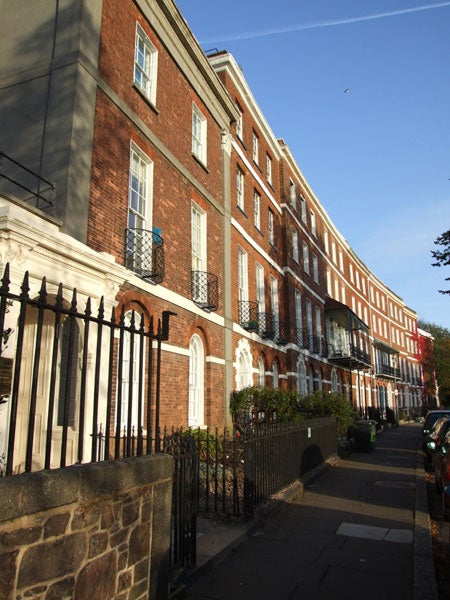 The S9500 has three basic colour modes. This shot of the famous Georgian houses of Colleton Crescent in Exeter is taken in Standard mode. 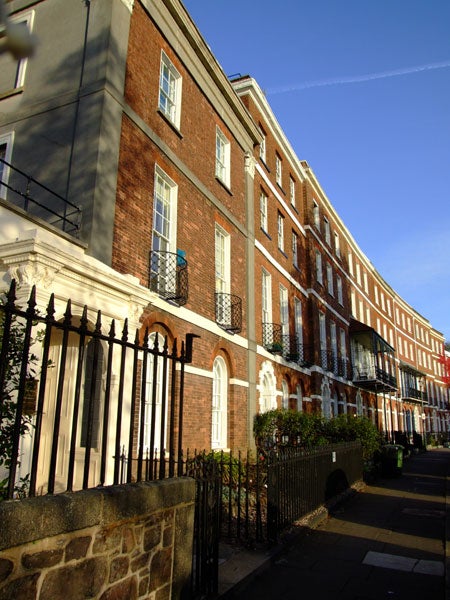 The same shot but taken in the high saturation chrome mode. 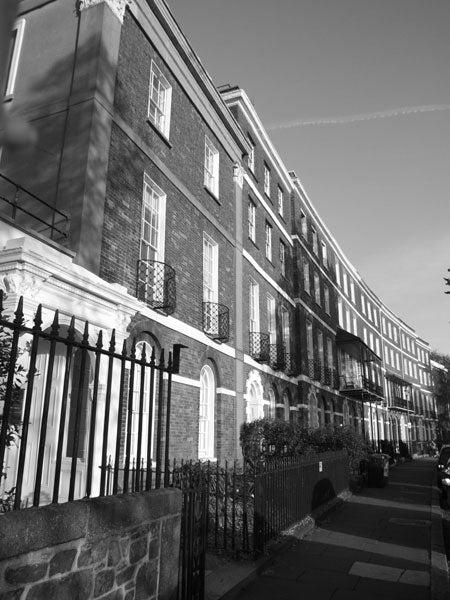 And again in black and white mode. 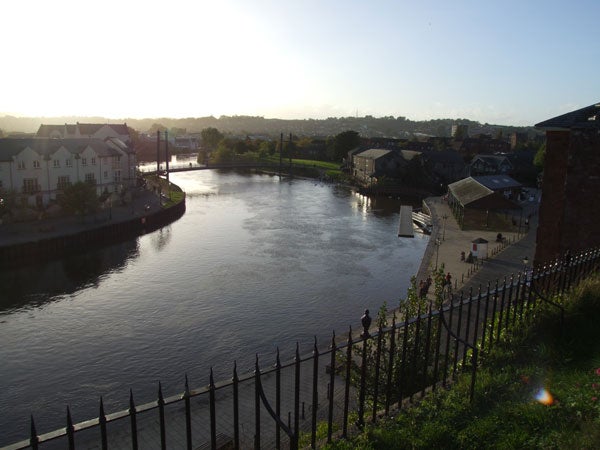 With a wide angle equivalent to 28mm, the S9500 is great for capturing panoramic scenes. This is the historic Quayside in Exeter. 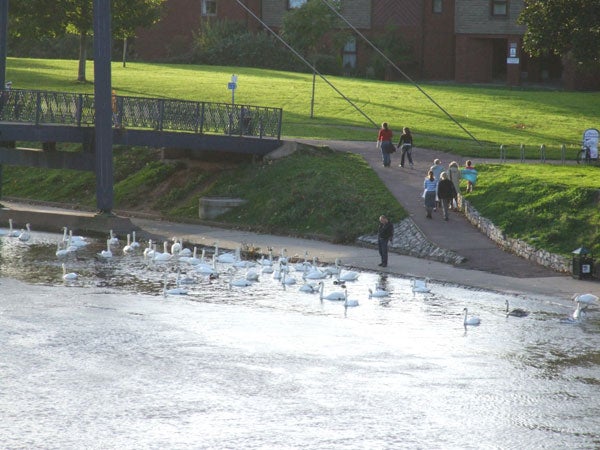 Taken from the same location as the shot above, this time at maximum zoom. A focal length equivalent to 300mm is great for picking out detail. 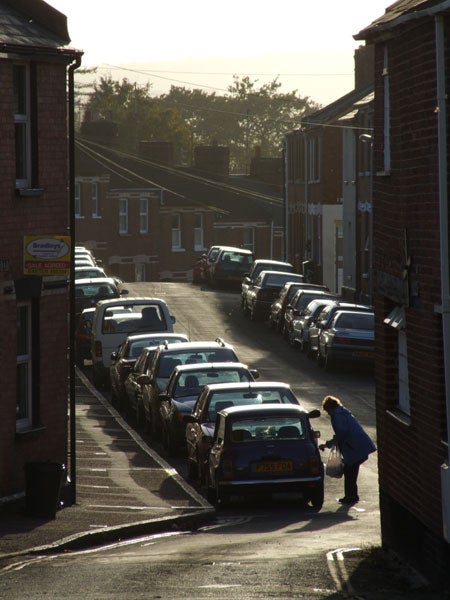 The manual control of the long zoom lens is great for framing shots just the way you want them. 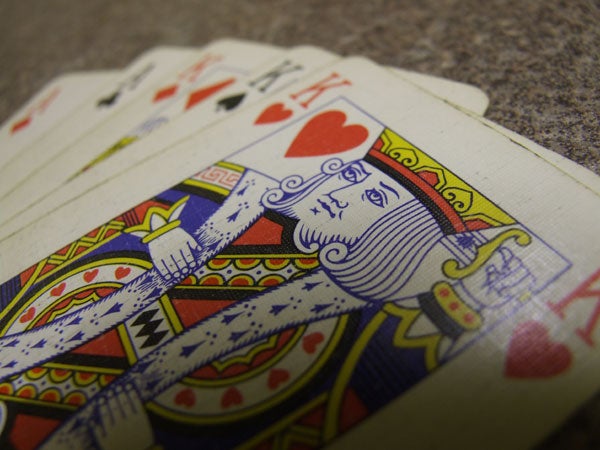 The S9500’s amazingly versatile lens can focus down to 1cm for some impressive macro shots.