In June last year I reviewed the Fujifilm FinePix S5700, and I was pretty impressed with it, giving it 9/10 overall and a Recommended award. The S5700 has proved to be a well-deserved success for Fujifilm, so as naturally as night follows day it has now been joined in the FinePix line-up by the S5800. It is essentially identical to the S5700 apart from an increase in sensor resolution from 7.1 to 8.0 megapixels and a corresponding increase in the available digital zoom factor. 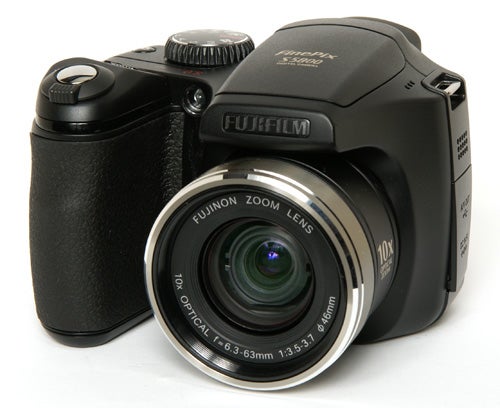 The S5800 is the latest in a series of low-cost super-zoom cameras that started with the 3.1-megapixel S5000Z, launched in 2003. Like that camera, the S5800 offers a good quality 10x zoom lens, SLR-like handling and a full range of manual exposure functions. Its other features however it shares with the S5700, including a very good 2.5-inch 230k LCD monitor, and a 230k electronic viewfinder with a 60fps refresh rate. While the S5700 had direct competition from Kodak, Olympus, Panasonic and Sony, there are only a couple of other 8-megapixel 10x zoom cameras on the market, including the new Panasonic Lumix TZ4 (£249), the Canon PowerShot SX100 IS (£230), and the Sony Cyber-shot DSC-H3 (£160). The S5800 is currently available for under £120, comfortably thrashing its competitors on price. That the S5800 can offer the specification that it does for the price of a budget compact is remarkable, although a little worrying. 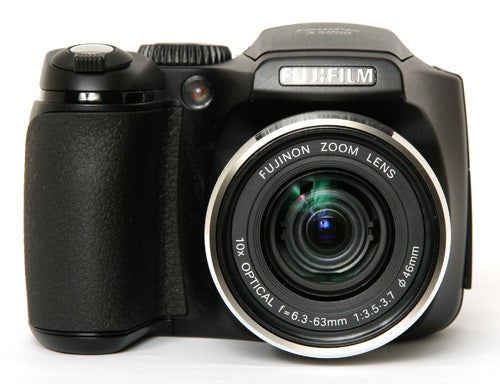 The digital camera market is insanely competitive, and manufacturers make very little profit from compact cameras, shaving prices to the barest minimum in order to beat their rivals. This is the main reason that companies such as Minolta, Kyocera and Hewlett-Packard have pulled out of the camera business, and at least three others are looking decidedly shaky; they simply weren’t making any money at it. For the consumer this means that we can get some amazingly good cameras at ridiculously low prices at the moment, but if all but one or two manufacturers go to the wall, where will that leave us?

Despite its ambitious specification the S5800 is a relatively small camera. It measures 106.1(W) x 75.7(H) x 80.7(D) mm, and will sit comfortably in the palm of the hand. It weighs 307g (1g more than the S5700) excluding batteries and memory card, about twice the weight of a typical pocket compact, but add four AA alkaline batteries to that and it pushes the weight up to over 400g. Fortunately the position of the batteries inside the handgrip means that the camera is very well balanced, with most of the weight on the right-hand side. 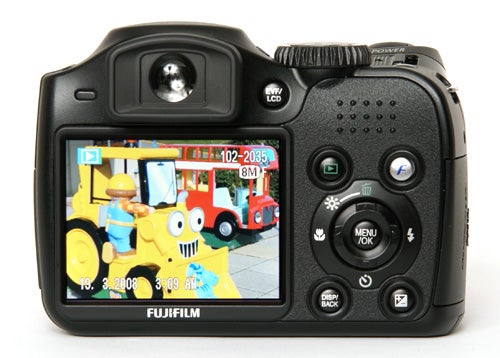 The camera body is made of plastic, but its relatively compact size and curved shape give it an inherent strength and it feels quite solid and sturdy with no creaks or rattles. The design of the body is identical to the S5700, with a large and very comfortable SLR-style rubber-coated handgrip, and a large textured area on the back to serve as a thumb grip. The camera feels reassuringly snug and secure in the hand, and the controls are positioned for easy one-handed operation. 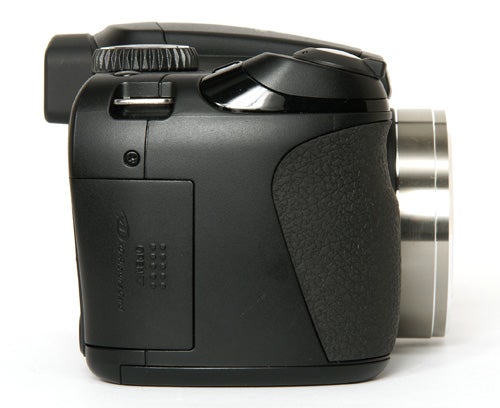 The range of features is also identical to the S5700. It has a range of manual exposure options including shutter and aperture priority and full manual exposure. Shutter speeds from four seconds to 1/1000th of a second and aperture values from f/3.5 to f/13.6 are available, in 1/3EV increments. Metering options include the usual multi-zone, centre-weighted and spot, and AF modes include selectable multi-point, centre spot and wide area. It’s not quite the level of control you’d get from even and entry-level DSLR, but for the price of a cheap pocket compact the S5800 offers real photographic creativity. It would make an ideal first camera for someone who wants to learn more about real photography. 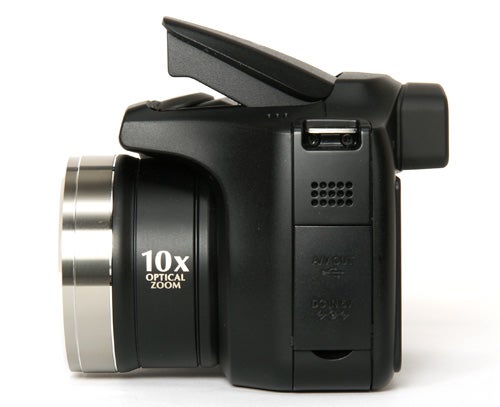 One thing the S5800 lacks however is any sort of image stabilisation. This is a significant omission on a super-zoom camera. All of the more expensive rival cameras listed on the previous page have IS systems of one sort or another. Fuji has got around this problem in some other models by using its SuperCCD HR sensor technology, which provides better image quality at higher ISO settings, but the S5800 has a normal 1/2.5-inch CCD sensor with a maximum ISO setting of 1600, the same as you’ll find in many pocket compacts, so if you want to get the best out of the 380mm-equivalent maximum telephoto setting you’re going to need a decent tripod.

Not surprisingly, the S5800’s overall performance is almost identical to the S5700. It starts up in a bit over two seconds, which is very quick for a super-zoom camera, but then the lens is non-extending, which makes it quicker. It shuts down again even more quickly, in about half a second. Shooting time is a fraction slower than the S5700, with a shot-to-shot cycle time at the highest quality setting of approximately 2.7 seconds. This is a bit slow, and I had assumed that it would be because the larger sensor was generating correspondingly larger file sizes, but in fact the S5800 generates significantly smaller JPEG files than the S5700. The average file size for the earlier camera was approximately 2.8MB; for the S5800 it is only around 2.6MB. 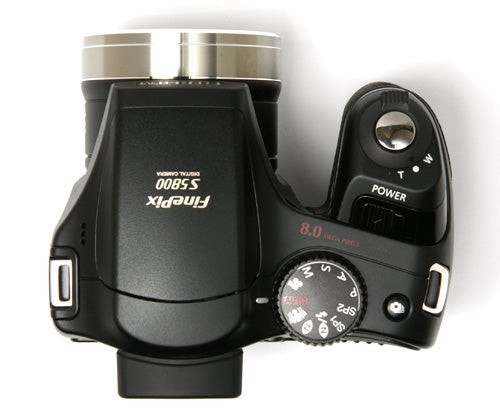 There was another surprise in store, which is that the overall image quality produced by the S5800 shows no detectable improvement over the S5700. Yes, the images are slightly larger, but the level of visible detail is no greater. The same is true of the high-ISO noise performance. I could detect no difference in the level of image noise between the two models. Both perform about as well as a good compact camera of similar resolution, producing good image quality up to 200 ISO, but getting progressively worse from 400 to 1600 ISO as the rather savage noise reduction reduces sharpness and detail. The lens performs fairly well however, with excellent centre sharpness at all focal lengths, and only showing significant corner blurring and barrel distortion at the very widest setting. 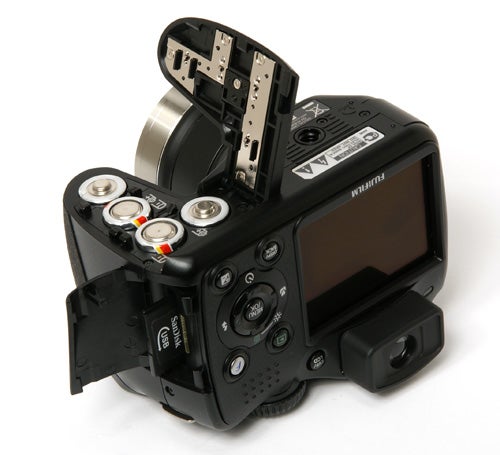 Like the S5700 before it, the FinePix S5800 offers more photographic control than anything else at the price. Excellent ergonomics, good build quality and good performance belie its low cost. It would make an ideal camera for anyone on a tight budget who wants to learn more about creative photography. The lack of image stabilisation is a disadvantage, but not a crippling one, however it’s definitely not worth binning your S5700 to upgrade. 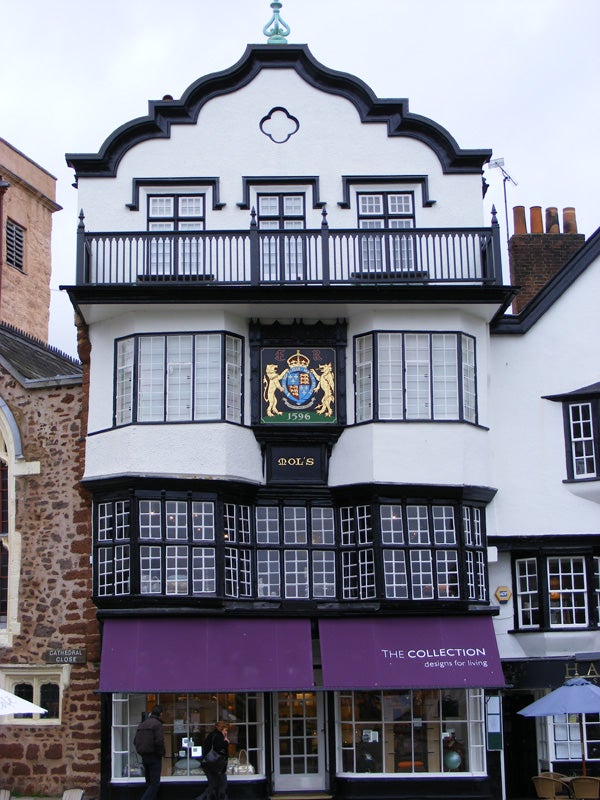 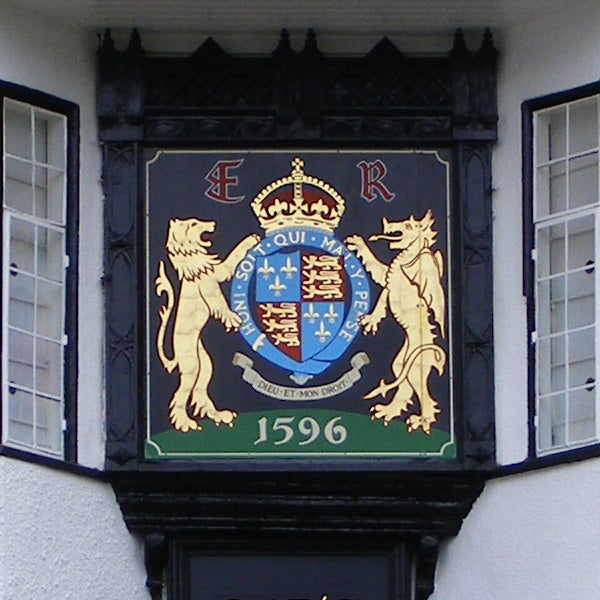 At 64 ISO the image quality is very good, with plenty of detail and no noise. 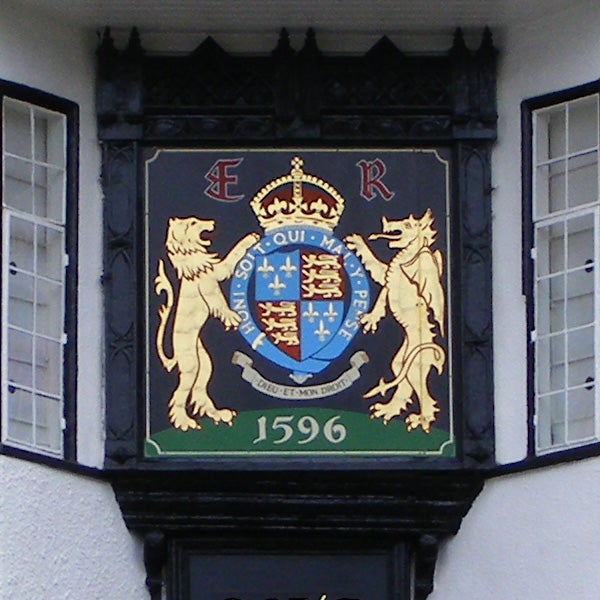 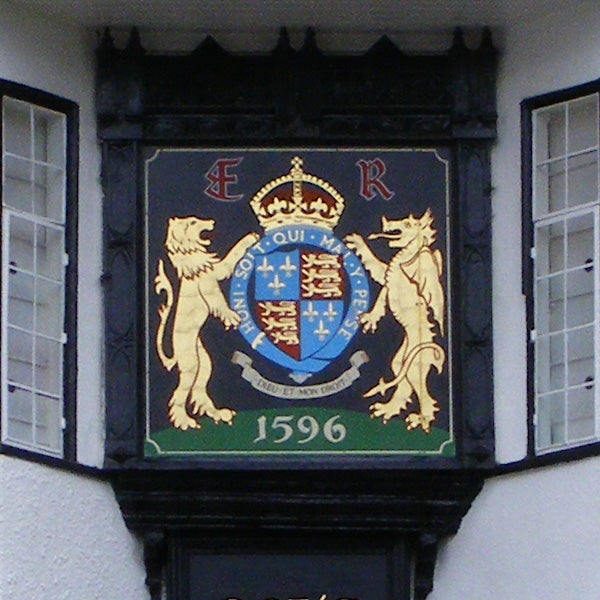 There is some visible noise at 200 ISO, but the level of detail remains high. 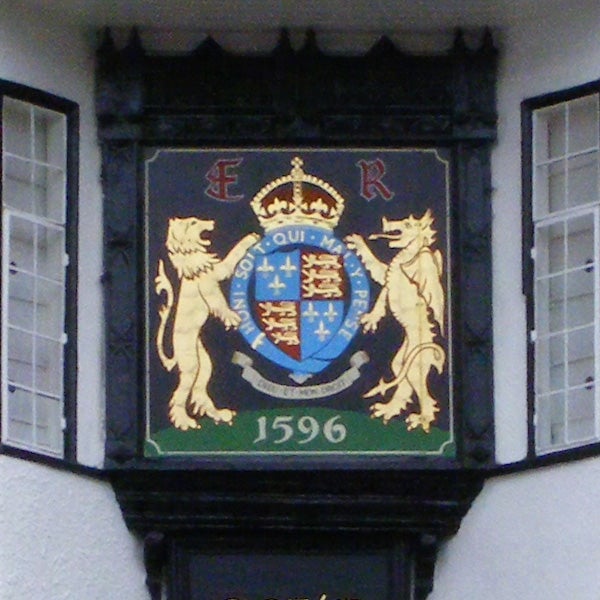 At 400 ISO the noise reduction system really kicks in, and wipes out a lot of detail and contrast. 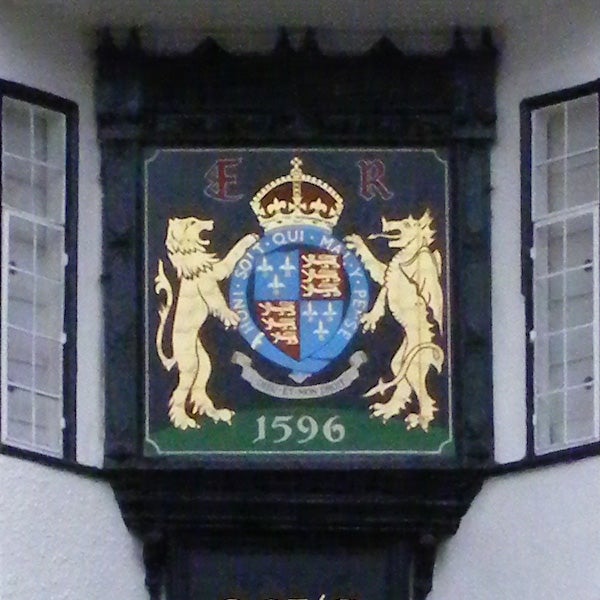 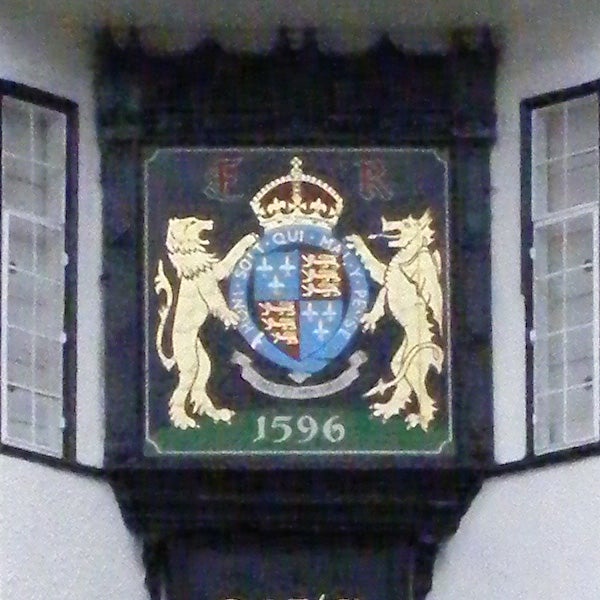 At 1600 ISO the noise level is pretty terrible, although it’s just about usable for a very small print. 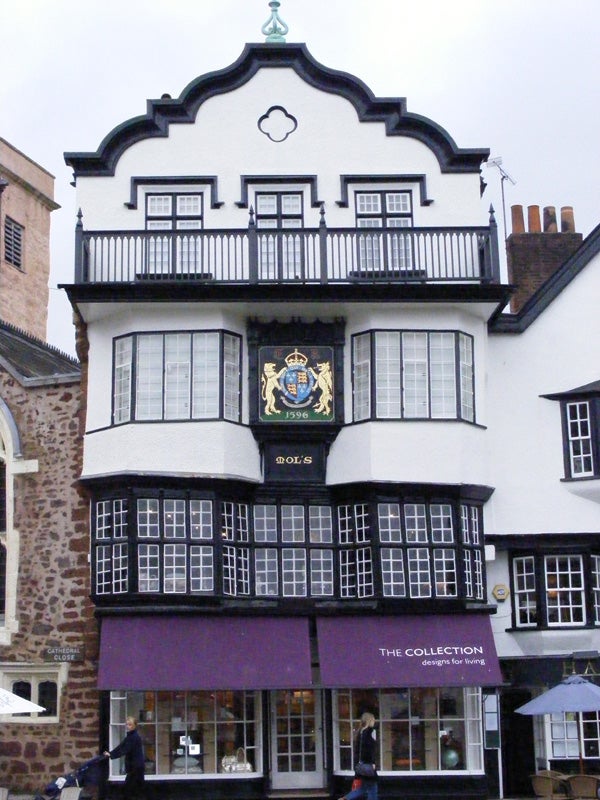 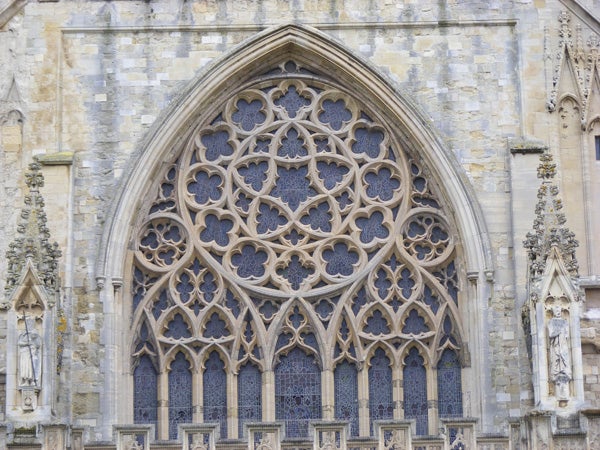 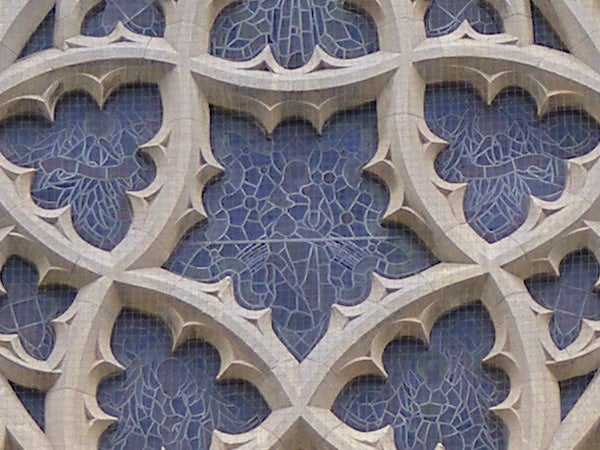 The level of fine detail is very good, but really no better than the S5700. 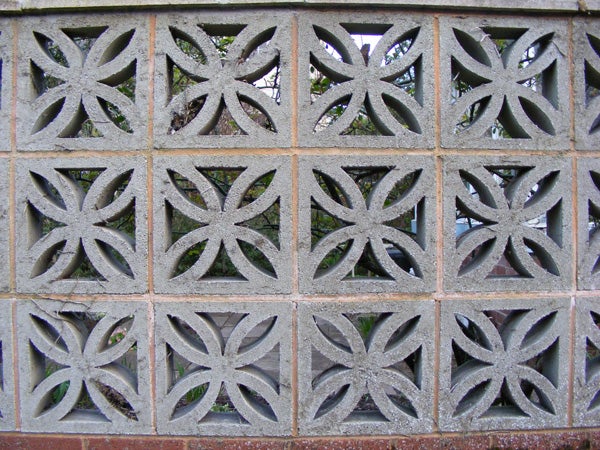 The lens produces some wide-angle barrel distortion, but it disappears quickly at slightly longer focal lengths. 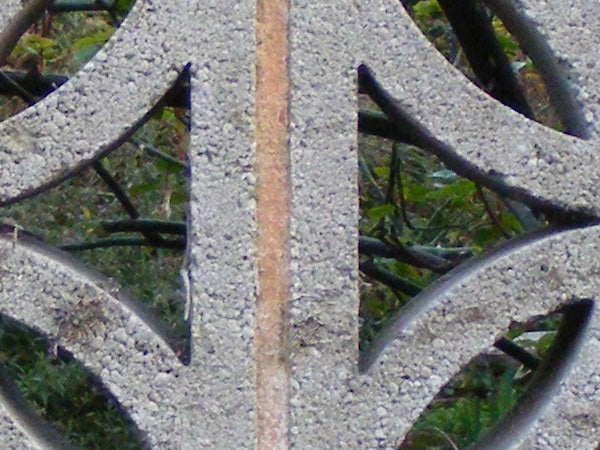 Centre sharpness is pretty good for a £120 camera. 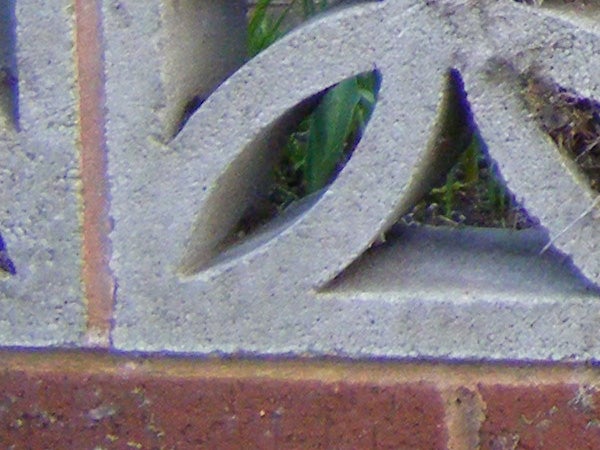 There is some corner blurring at the widest setting, but more worrying it Fuji’s arch-nemesis, purple fringing. 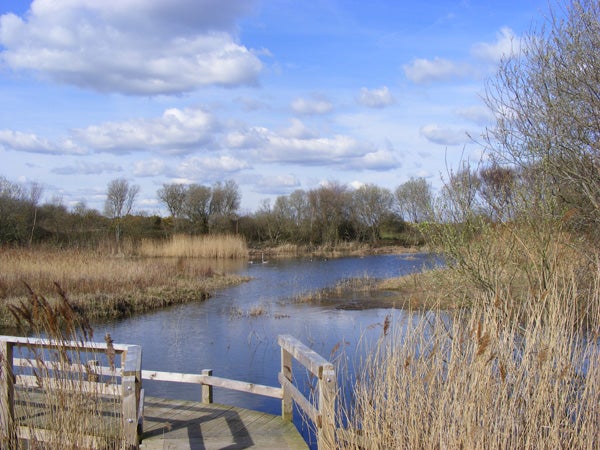 The wide angle end of the zoom range is equivalent to 38m, about average for a compact camera. 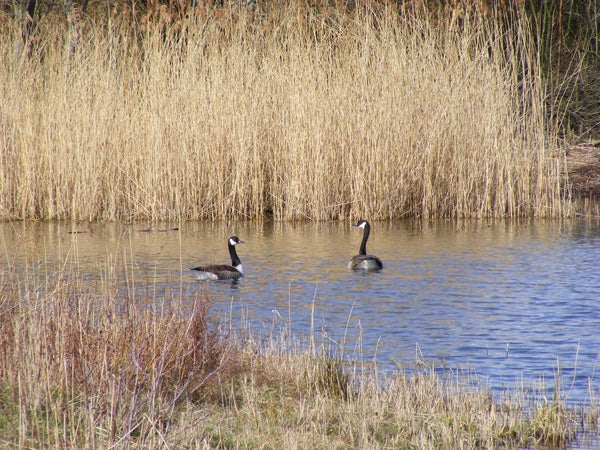 The telephoto setting is equivalent to 380mm. With a good tripod it is ideal for amateur birdwatching. 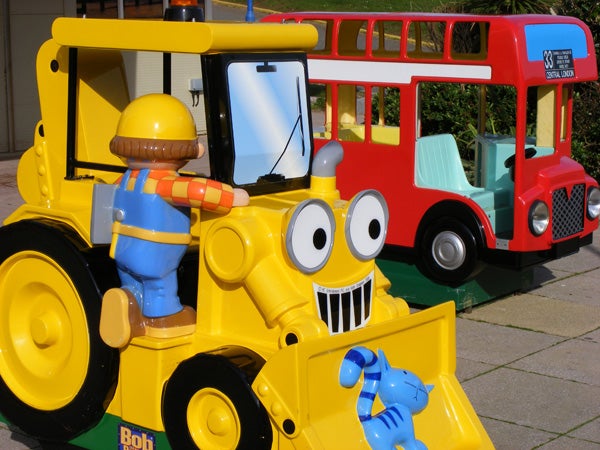 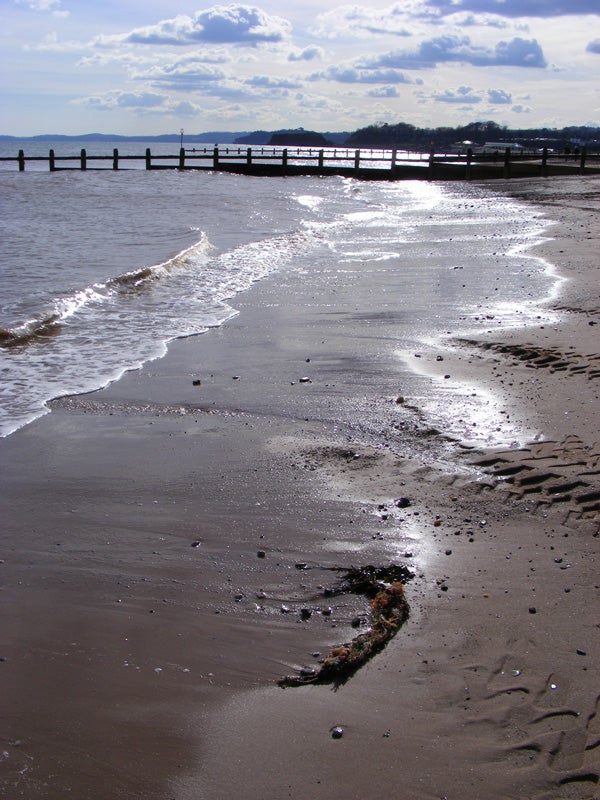 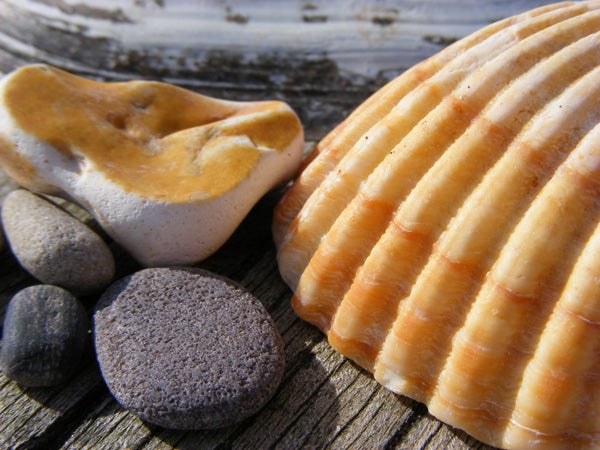