As you may recall, I was very enthusiastic in my praise for the superb Fujifilm FinePix S9500 back in October. Well it’s been a while, but I’ve finally got around to taking a look at its kid brother, the S5600. The S9500 is a tough act to follow, so can junior keep up?


Launched in July 2005, The S5600 (also known as the S5200 for the US market) is based on the successful S5500 launched the previous year. It is available from a number of online retailers for under £200, which is remarkably cheap considering the specification. It is a five megapixel camera featuring Fujifilm’s advanced SuperCCD HR sensor and acclaimed Real Photo image processing engine, coupled with a powerful 38-380mm equivalent (10x ) optical zoom lens, and the promise of top quality pictures even at high ISO speeds. 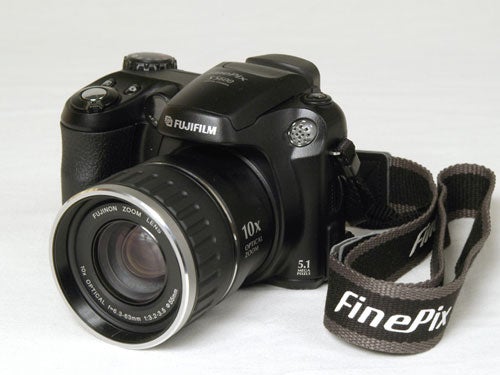 Its body format is what has become known as SLR-style, and indeed it does look exactly like a tiny SLR. Its diminutive size isn’t really apparent until you place it next to a real full-size SLR; even compared to my small *ist D the S5600 looks like a half-scale model of a real camera.


However it is still big enough to have a large and extremely comfortable rubberized handgrip that wraps right around the camera and includes a nice textured thumb grip on the back. It has to be large to provide room inside for the four AA batteries that power the camera, but it also gives one of the most secure grips of any camera I can think of; you’d have to be a real butterfingers to drop it. 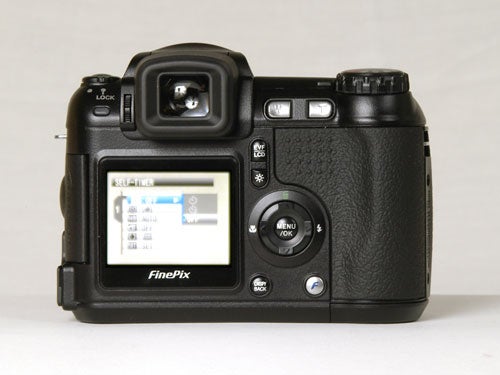 The batteries also give some much needed weight to what is a very light camera for its size. It weighs 370g minus batteries and card, which sounds heavy when compared to a pocket compact, but when you compare it to its siblings the S7000 (500g) and the S9500 (645g) it does look like the runt of the litter. The body shell is made of plastic presumably over a metal frame, but despite this the S5600 does feel quite solid and businesslike once you put the batteries in. I wasn’t able to accurately judge battery duration, but other users have reported that it is exceptionally good.

The S5600 has both an LCD monitor and an LCD viewfinder. Due to the restricted space the monitor is only 1.8in with 115k pixels, which is slightly larger than the screen on the S5500, but with the same fairly low resolution. Its surface is quite reflective, and despite the one-touch monitor brightness control it is very difficult to see in bright daylight. Unfortunately the electronic viewfinder is also 115k pixels, which isn’t really high enough resolution in my opinion. It appears to be the same viewfinder used on the S5500. It would have been nice if it could have been fitted with something similar to the larger and much sharper 235kp LCD viewfinder found on the S9500. 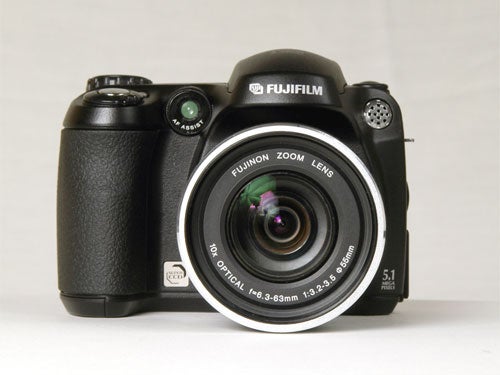 Start-up time is very quick, taking just over a second if the flash is turned off, or under three seconds if the flash has to charge, a massive improvement over the glacially slow S5500. Focusing is also very quick and accurate, with virtually non-existent shutter lag. For low-light photography the S5600 has one of the brightest AF illuminators I’ve ever seen, and is capable of focusing quickly and accurately in total darkness at well over the four metre flash range.


The S5600 is aimed more towards the enthusiast end of the market, so it has a pretty good range of features and options, including auto, program, aperture and shutter priority as well as full manual exposure. It also has optional manual focusing, although this is difficult to use effectively due to the poor resolution of the viewfinder and the lack of any distance readout. More importantly it also has a CCD-RAW mode, although it is hidden away in the setup menu, rather than on the same menu as image quality where it belongs. 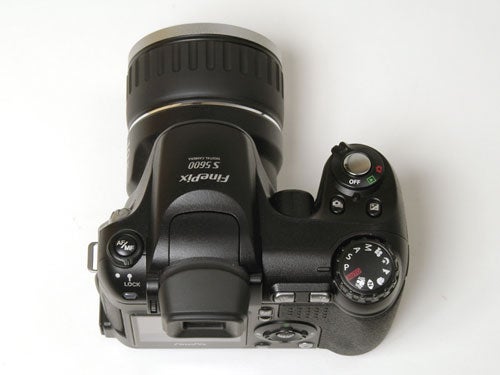 If you just want to use the camera for snapshots it also has a good range of program scene modes, including natural light, portrait, landscape and night scene. Menu options include centre weighted, spot or 64-segment evaluative metering, and center, multi-point or selectable area focusing. Sharpness can be adjusted, but there is no option to adjust saturation or contrast. What it does have is the usual Fuji F button, which provides a small second menu for adjusting image size and quality, ISO setting and colour mode (standard, vivid or monochrome). I’ve whinged about the redundancy of the F button menu before in other Fuji camera reviews, so I won’t bore you with it again here.

In terms of overall handling the S5600 scores very highly, but there are a couple of minor niggles. Most of the controls are very well laid out, including separate buttons for exposure compensation and continuous shooting modes, including auto bracketing. However the zoom control, which is also used in conjunction with the EV compensation button for manual focusing, is very awkwardly positioned. If like me you are left-eye dominant, you’ll have to try to squeeze your thumb in between the camera body and your nose to use the zoom. The zoom control is also very jerky, and goes from one end of the massive zoom range to the other in just 12 steps. If only it had the superb manual zoom control of the S9500… 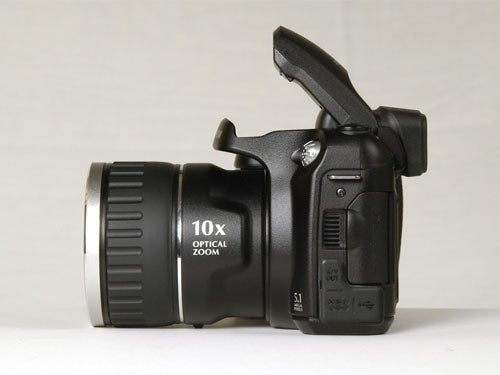 Despite having a 10x zoom lens, the S5600 has no image stabilization. What it does have however is the ability to shoot at high ISO settings with very little image noise. Fujifilm is so far the only company to really crack the image noise problem at higher ISO speeds, and with its relatively fast F3.2-3.5 lens the S5600 can produce good results at shutter speeds around 2-3 stops higher than other comparable cameras under the same lighting conditions. Since most IS systems only offer the same 2-3 stop advantage the S5600 does just as well without one, which helps to keep the price down.


Overall picture quality is very good, although unusually for a Fujifilm camera I found the colours in standard mode to be a bit under-saturated, and the auto white balance produced a somewhat cold appearance in bright sunlight.


Noise control is, as I have mentioned, among the best I have ever seen. At 800 ISO image quality is better than many other cameras can achieve at 200 ISO, and even at the highest setting of 1600 ISO images are still quite usable, although the noise reduction system loses a lot of fine detail. 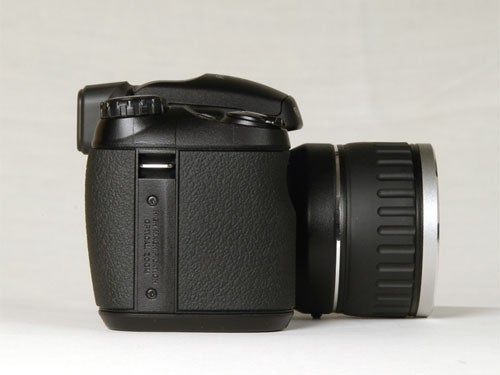 
The only real problem with image quality is something that has plagued just about every Fuji camera I’ve ever seen: massive purple fringing along the left-hand edge of every bright highlight. It is annoying, and robs the S5600 of the superb image quality of which it is otherwise capable.


For under £200 the Fuji S5600 offers big-camera handling in a small and easy-to-use package. It has lightning-fast performance, a good list of features, massive zoom range and amazingly good low-light capabilities. Image quality is generally very good under most circumstances, but how I wish Fujifilm could shake of those damn purple fringes.

Note: These ISO test shots were taken in the late 11th century, which was the last time we had any sunshine in this country. I used automatic white balance and program exposure, and all shots were hand held at the widest zoom setting. 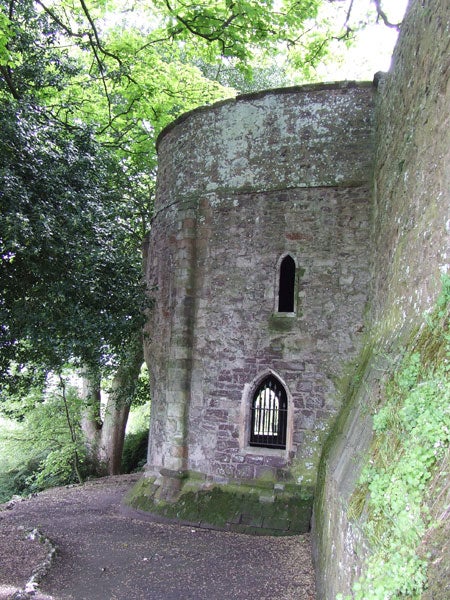 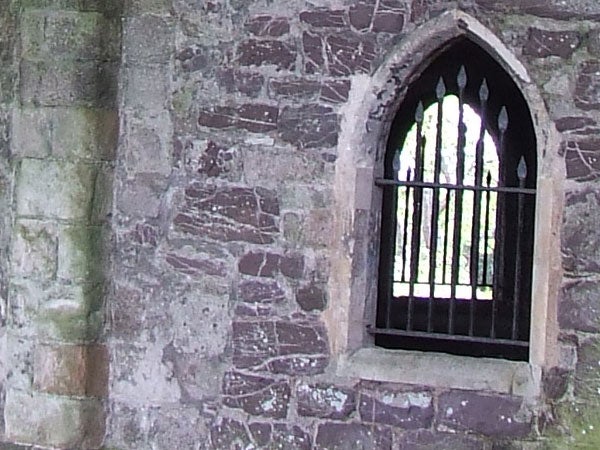 At the lowest ISO setting the image quality is superb, with lots of fine detail, zero image noise and excellent colour and contrast. 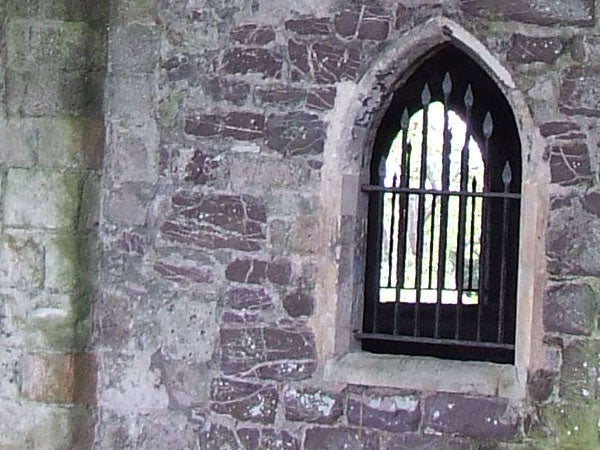 At 100 ISO the results are indistinguishable from ISO 64. 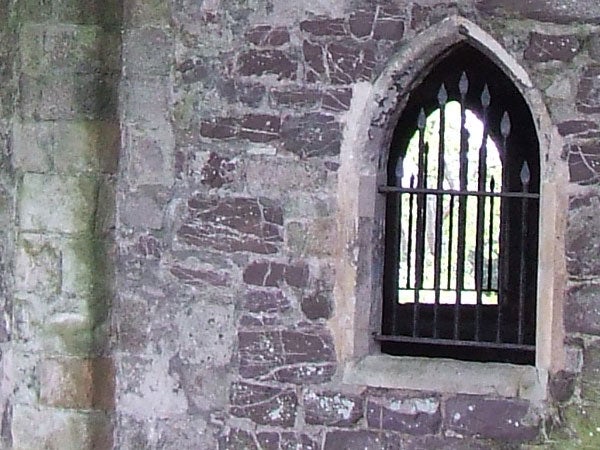 ISO 200 is the default setting in automatic mode, and produces superb results that are still completely noise-free. 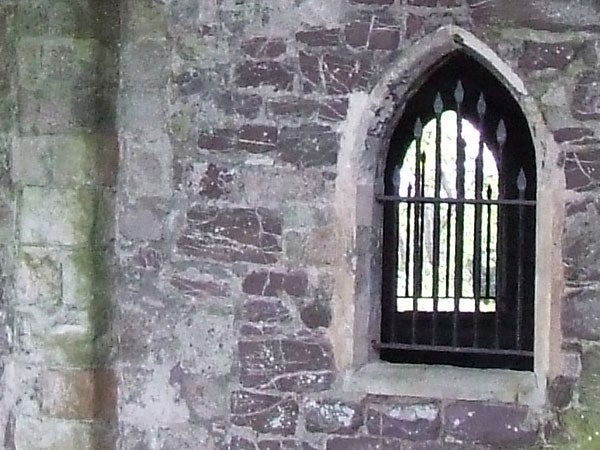 400 ISO and still no image noise. With a shutter speed of 1/180th of a second at this speed there’s no chance of any camera shake. 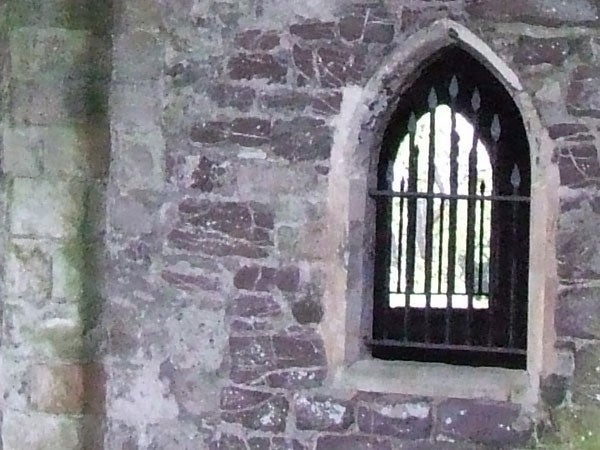 At 800 ISO there is some image noise starting to appear in the darker areas, and some fine detail has been lost to the noise reduction system, but the results are still extremely good. 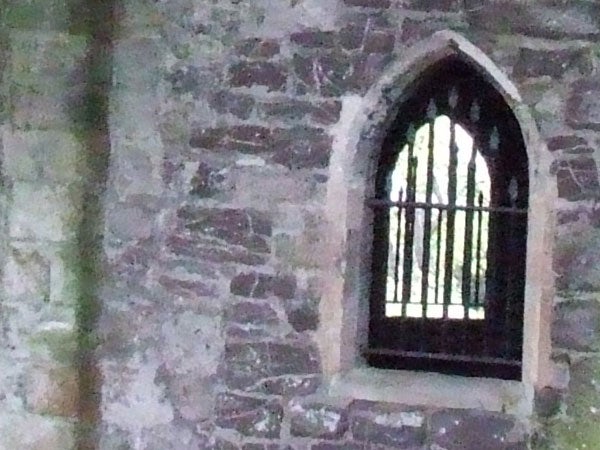 At the maximum sensitivity setting of 1600 ISO there is some image noise present, and a lot of fine detail has been sacrificed, but colour rendition is still very good and the image would still make a decent print. 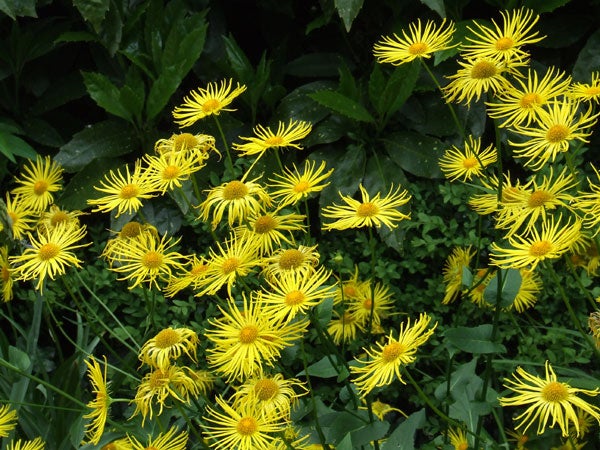 Unusually for a Fujifilm camera, colours are slightly under-saturated in the standard shooting mode, although the level of detail is very good. 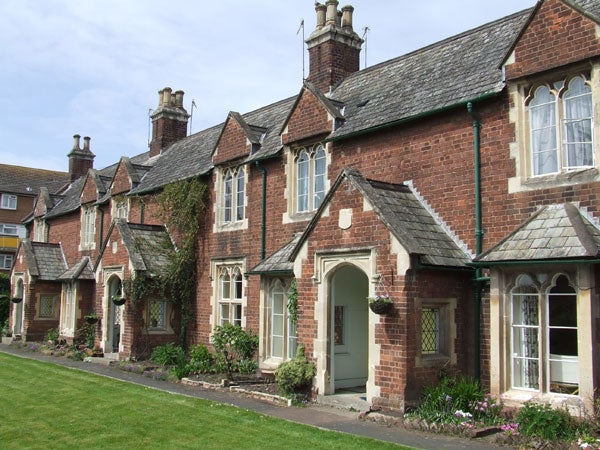 The lens on the S5600 is much better than on its predecessor the S5500, and produces no distortion at the widest setting. 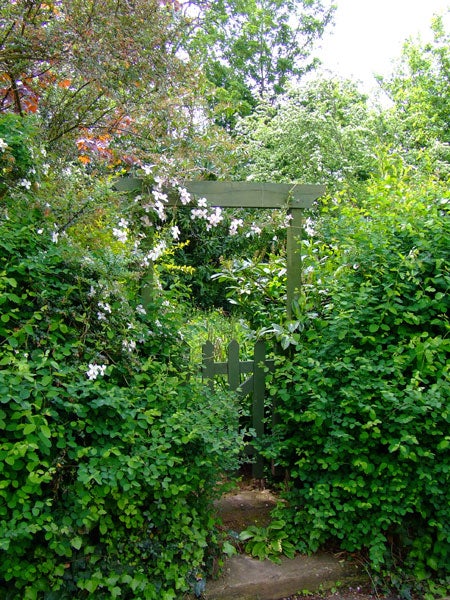 Using the vivid colour mode gives bright saturated colours that ironically look a lot more natural than the standard mode, although it also makes the purple fringes stand out even more. 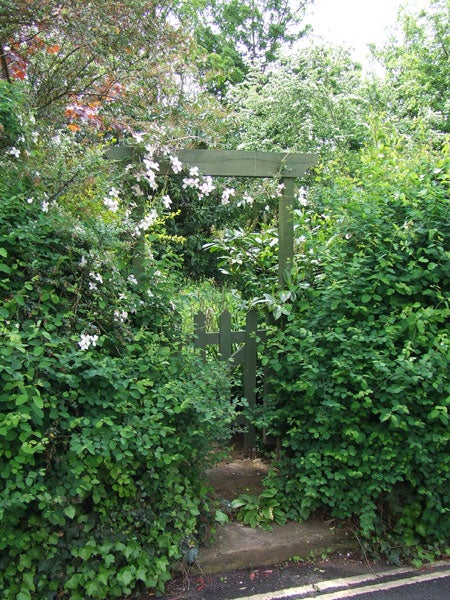 Taken in natural colour mode, this shot again shows the slightly muted colours, as well as the ghastly purple fringes around the brighter highlights. 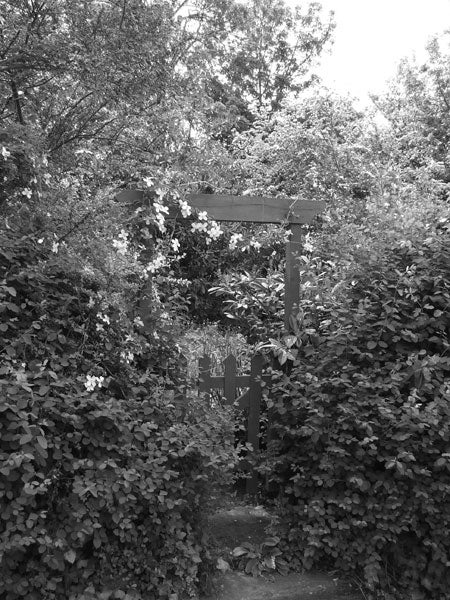 This was probably not the best choice of scene for the monochrome mode, since the lack of contrast makes the picture look very flat. 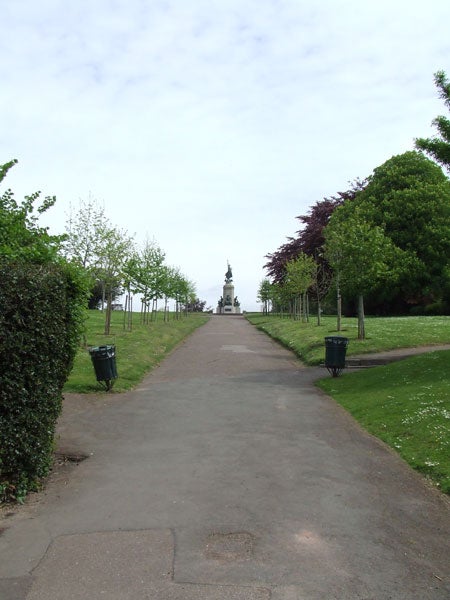 This shot was taken at the widest zoom setting. Equivalent to 38mm it isn’t really wide enough for panoramic landscapes. 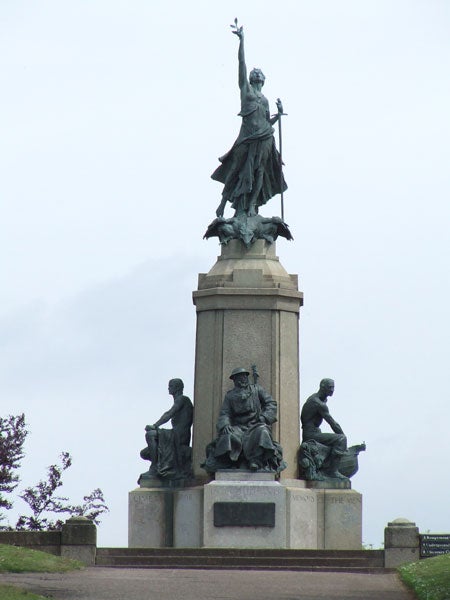 Taken from the same position as the previous shot, this demonstrates the huge power of the 10x zoom lens at its 380mm-equivalent telephoto setting.