It seems that digital compact cameras come in two basic body shapes. You have the rectangular block, bearing at least a superficial resemblance to a traditional compact film camera, and then you have what is called “SLR-style”, which is usually denoted by a big chunky handgrip, a pop-up flash over the lens and a passing similarity to a high-end film SLR. Fujifilm has had a lot of success with this latter layout, adopting it for most of the higher specification models such as the S602 Zoom, the S7000, the S20 Pro, and this recent release, the S5500.


The S5500 is the replacement for the popular three megapixel S5000 launched in 2003. The new model adds an extra megapixel of shooting power and a superior 30fps VGA movie mode. It also features an improved continuous shooting mode, capable of 1.6fps up to the capacity of the memory card.


When it comes to the design, you’ll either love it or hate it. The S5500 looks a lot bigger in publicity photos than it does in real life. When you get it out of the box, the first impression is just how tiny the thing is. It looks like a camera version of those Micro Machine toy cars that were popular a few years ago, as though full-size features like the handgrip and lens had somehow been grafted onto a half-scale model of an SLR. However once you get over the initial fit of giggles and actually pick the thing up you’ll discover that it feels a lot bigger than it looks.


With a set of batteries installed inside the handgrip the S5500 feels solid and well-balanced, and is surprisingly weighty for its size. The build quality is top notch, with no loose joints or creaking panels. The sculpted rubberized handgrip is pleasantly chunky and fits the hand comfortably. Whoever designed the control layout deserves some kind of award, because it is possible to operate the camera, including almost every control, with just the thumb and forefinger of your right hand. For balance and overall feel this is one of the best cameras I’ve used.


Then you switch it on. Time passes. The Earth’s climate cools, a new ice age arrives, and human civilization falls as glaciers sweep down from the North. Ages continues to pass until, slowly, as the ice recedes, the last remnants of mankind crawl from their caves to begin rebuilding a new world – and hey, you’re ready to take a picture!


Seriously, the S5500 has one of the slowest start-up times of any camera I’ve recently tested. Because it has to roll out that big 10x optical zoom lens it takes nearly five seconds from flicking the power switch on until it’s ready to shoot.


In use, you soon realise that the 10x zoom lens is a bit of an oddity. Its focal length range, equivalent to 37-370mm on a 35mm camera, lacks any wide-angle facility and at its maximum extension it is almost impossible to avoid camera shake in all but the brightest sunlight, something we rarely see in the UK. A camera of this size and weight really needs image stabilisation to make a powerful lens like this a useful feature. Among the many accessories available for this model is a 0.79x wide-angle conversion lens (WL-FX9B) that gives it a minimum focal length of 29mm, but it costs around £100. For the same kind of money, there’s also a 1.5x converter lens (TL-FX9B) which will increase that impressive 370mm to a massive 555mm – definitely tripod territory.


Ignoring for the moment the dubious usefulness of the focal length range, the lens performs well. As you’ll see from the sample shots, there is almost no barrel distortion even at the widest angle setting, and pictures are sharp right into the corners. The autofocus system deserves some of the credit for this. The S5500 uses a multi-point AF system, with a manual option that lets you select an AF target point virtually anywhere in the entire frame. It is impressively quick and positive, and can focus in the dark thanks to an AF illuminator with a range of two metres.

General performance is very good. The shot-to-shot time in the best quality JPEG mode is an impressive two seconds, and is slightly quicker in the higher compression normal mode. The camera has a full range of manual options, including aperture and shutter priority and full manual exposure. The longest shutter speed available varies depending on the mode, but in full manual it is a useful 15 seconds.


The pop-up flash has an impressive five metre range and very accurate metering, but the S5500 has no hot shoe for mounting an external flash, nor a sync socket for connecting to a flash system.


At just 1.5in, the LCD monitor is rather on the small side, especially considering the trend towards larger screens among most other manufacturers. Nevertheless, with 115,000 pixels at its disposal, the resolution can be considered above average. The electronic viewfinder features a 0.33in LCD screen also with 115,000 pixels, as well as the same information readouts as the monitor. It has a large rubber eyepiece surround, and dioptric adjustment for spectacle wearers. It’s comfortable to use and since the LCD monitor is on the small side, I’m sure that many people will prefer to frame their subjects through the viewfinder.


One feature I really don’t like is something that is found on most Fujifilm cameras, the ‘F’ button. This is a second menu button that gives access to image quality, white balance and colour mode options. Why the Fuji boffins think that this is better or easier than having all the options on one menu is beyond me. Personally I use metering and AF mode options far more often than colour mode, so I found myself having to switch between two separate menu systems.


Picture quality is generally very good, especially noise levels. At ISO 64-200 image noise was minimal, and even at the maximum ISO 400 it was well controlled with only a smidgen making an appearance in shadow areas. Even after a long eight second exposure image noise was not a problem.


One feature worthy of mention is the CCD-RAW mode. This is usually found on high-end cameras and hardly ever on a camera at this price. It records an unprocessed image straight off the CCD and requires the supplied RAW file converter software to turn it into a TIFF file. It offers a slightly better image quality than the JPEG-fine mode, although some tweaking in Photoshop will be required.


Colour rendition was very natural in standard mode, with plenty of detail even in bright yellows, while the ‘Chrome’ mode colours were very vivid, reminiscent of Fuji Velvia film. Exposure is on the whole accurate, but I did notice a higher than average number of under and over-exposed shots, although these were in difficult circumstances and could have easily been corrected by using exposure compensation or manual exposure. All in all, a creditable performance from a very nice sub-£200 camera.


With its SLR-like handling and impressive range of features, the S5500 is a good half-way point between the pocket compact and the serious semi-pro or D-SLR models costing hundreds of pounds more. Its excellent movie mode, big zoom range, good picture quality and solid construction make it a very tempting bargain for the price.

”A range of test shots are shown over the next two pages. Here, the full resolution image has been reduced in size for bandwidth purposes, and a crop (taken from the original full resolution image at Adobe ImageReady jpg quality 60) follows each image in order for you to gain an appreciation of the overall quality. The next page consists of resized images (to Adobe ImageReady jpg quality 50) in order for you to evaluate the overall exposure.” 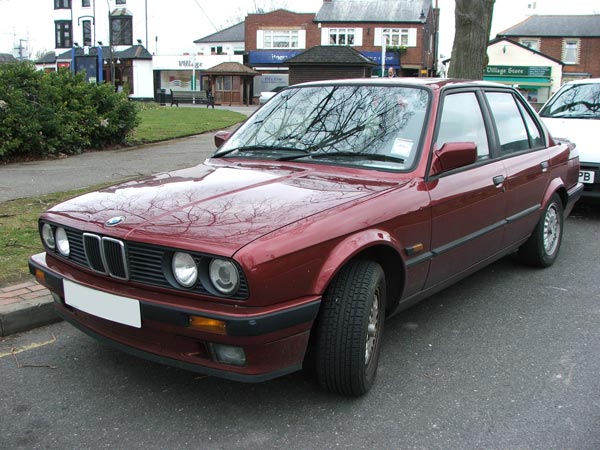 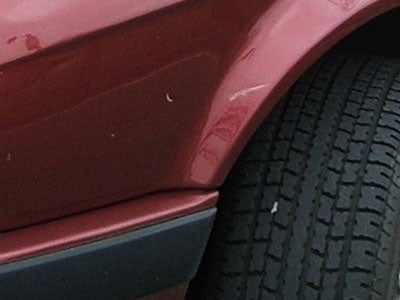 ”’In this normal everyday shot the overall exposure is good, but most of the highlights have been over-exposed and burned out.”’ 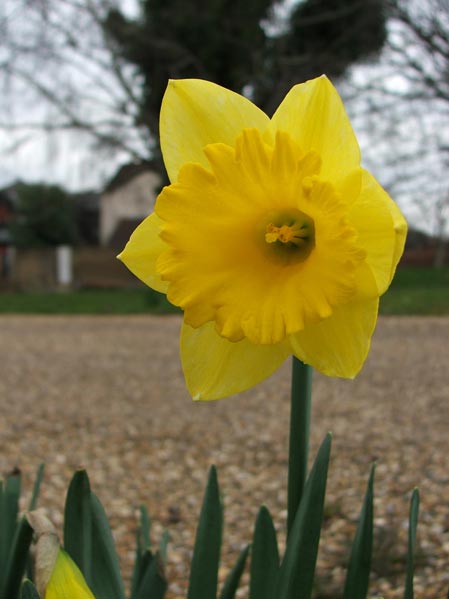 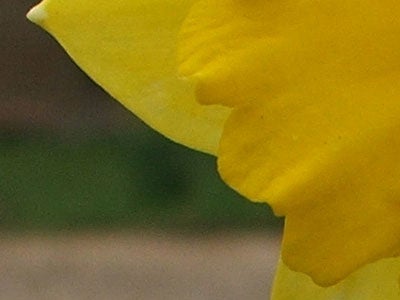 ”’The S5500 has a macro close focus range of 10cm, allowing excellent close-up shots with good depth of field.”’ 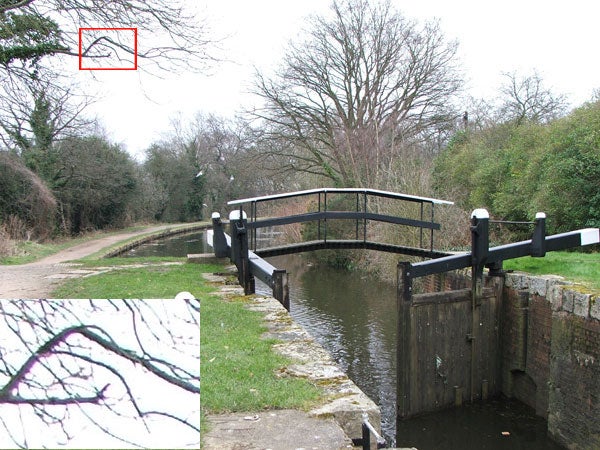 ”’The picture above shows the whole scene that was framed for testing ISO sensitivity and noise. The inset crop (taken from the full res picture) can be seen in the bottom left hand corner. Notice the purple fringing around the branches.”’

”’There is no visible evidence of pixel noise in this shot.”’

”’There is also no noticeable image noise. Exposure is reasonably accurate in this shot, although some highlight detail has been lost.”’

”’Even at ISO 200 there is very little image noise even in the shadow areas. The shot retains some detail.”’

”’At ISO 400 there is image noise present, most noticeably in the darker areas of the image, however it’s not as prominent as with other cameras I have tested.”’ 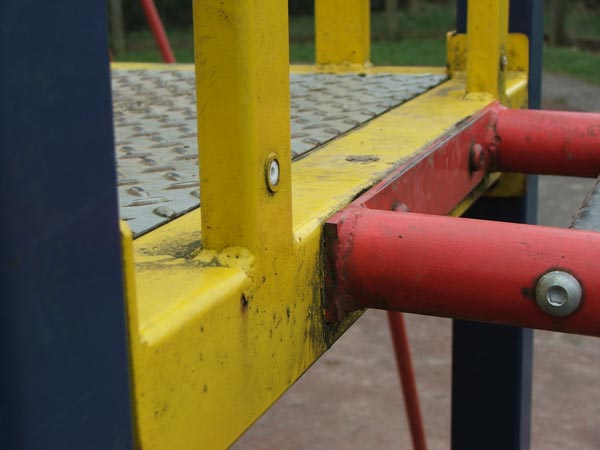 ”’In standard colour mode tones are very natural and there is plenty of detail even in bright yellows.”’ 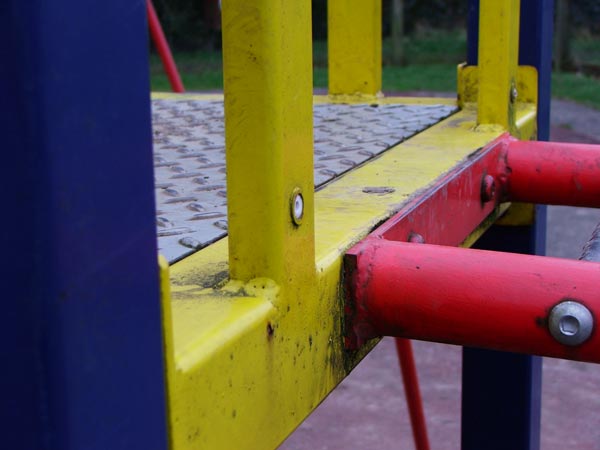 ”’In the Chrome colour mode, tones are vibrant and fully saturated, resembling the performance of Fuji Velvia film.”’ 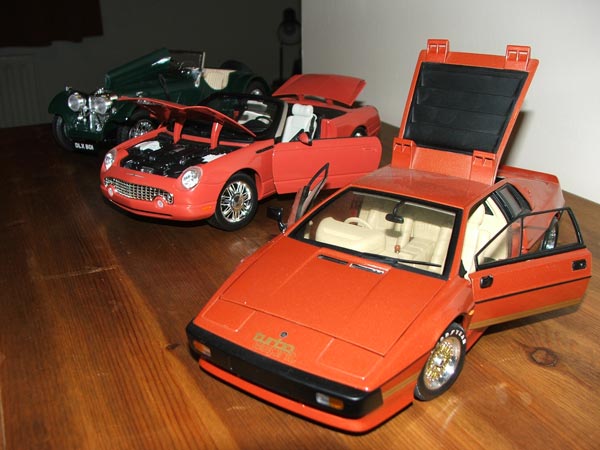 ”’This shot was taken at close range using the built-in flash. It is well exposed and the flash has not overpowered the shot.”’ 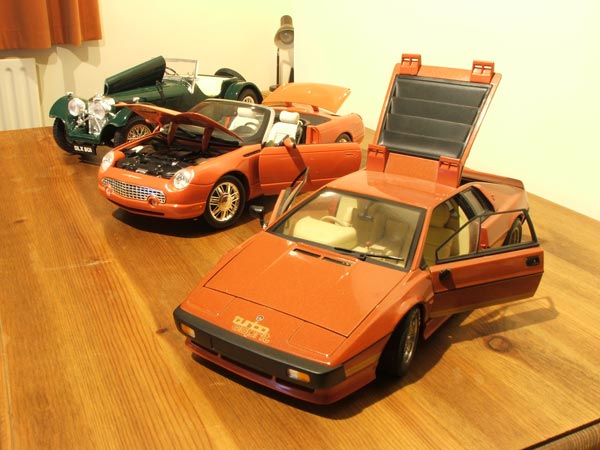 ”’This shot was taken on an 8 second exposure using normal household lights and the tungsten white balance setting. As you can see there is a yellow colour cast.”’