Fujifilm has always been a prolific purveyor of super-zoom or “bridge” cameras. You can trace the lineage of this new FinePix S2000HD all the way back to the FinePix 4900 Zoom, launched in the summer of 2000. However camera design has come a long way in eight years. The 4900 Zoom was a 2.4 megapixel camera with a 6x zoom lens. The S2000HD is a 10.0 megapixel camera with a 15x zoom lens, sensor-shift image stabilisation and HD video recording. Prices have changed somewhat too. When it was launched the 4900 Zoom would have cost you about £700, but today you can buy an S2000HD for just over £170. 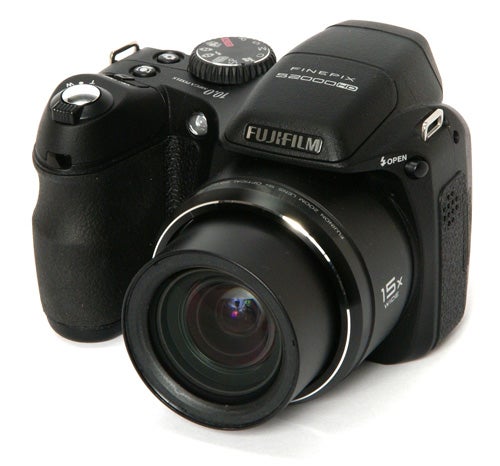 At that kind of price the S2000HD doesn’t have a lot of direct competition. Cameras such as the Panasonic FZ28, the Olympus SP-570 UZ, the Nikon P80 and indeed Fujifilm’s own FinePix S8100fd offer longer zoom ranges, but at a higher price, and lack the HD video capability. The new Canon PowerShot SX1 IS has a 20x wide-angle zoom and HD movie mode, but at around £400 it’s not really in the same league as the Fuji.


Despite its relatively low price it seems that very few corners have been cut in the design of the S2000HD. Some previous Fuji super-zoom models have been a little short in the build quality department, but the S2000HD feels very solidly made. It has a plastic body, but feels surprisingly heavy for its size, thanks mostly to the amount of glass in the lens, although this is balanced by the weight of four AA batteries inside the handgrip.


Fujifilm has a lot of experience with SLR-style super-zoom cameras, so it’s no surprise that the S2000HD is superbly comfortable and easy to hold. The large handgrip has a soft high-friction rubber coating, and a textured grip area extends to the sculpted thumbgrip on the back. The controls are large, sensibly laid out and clearly labelled, and all operate smoothly. 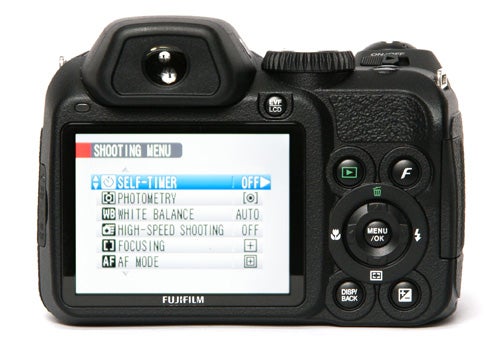 The LCD monitor is 2.7 inches and 230k dots, and has an exceptionally fast refresh rate, making iut very quick and responsive. The electronic viewfinder is not quite as good, with a 200k dot resolution and 97 percent frame coverage. It’s bright and clear enough, but not really quite sharp enough for accurate manual focusing.

One unusual feature of the S2000HD is its choice of memory cards. Fujifilm co-developed the xD-Picture card format along with Olympus in 2002, and at the time they hoped that it would be adopted by other manufacturers as an alternative to SD cards. However apart from a very brief dalliance by Samsung, no other manufacturers have adopted it, opting instead for the cheaper and more widely available SD and SDHC format. As a result xD-Picture cards are relatively expensive, and a lack of development has left them trailing in terms of performance. Most recent Fuji cameras have featured dual-format slots for both SDHC and xD, but the S2000HD is the first Fuji camera to abandon xD-Picture cards altogether, accepting only SD or SDHC cards. This leaves Olympus as the only manufacturer still using xD-Picture cards, so one has to wonder how long it will be before the format disappears altogether. 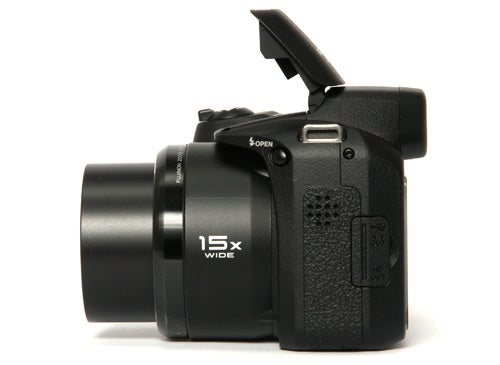 The S2000HD features a sensor-shift image stabilisation system which operates in both still and video modes, an essential feature with such a long telephoto range. I generally prefer this type of IS to the moving-lens optical systems found in many other cameras. While some claim that optical IS systems are better, I really can’t get on with that slight drifting of the image as you’re composing your shot. However I have to say that I’m not massively impressed with the IS system in the S2000HD. A really good IS system will usually provide around three stops of extra stability, which should mean it’s possible to shoot at a 400mm-equivalent focal length using shutter speeds of around 1/100th of a second. However I found I was still getting slight motion blur at shutter speeds of around 1/120th of a second, so that’s only around two and a half stops of extra stability.


The other main feature is of course the HD movie capability. The S2000HD can shoot video clips of up to 15 minutes duration at a resolution of 1280 x 720 pixels at 30 frames per second with mono sound. It can also shoot in VGA format with the only time limit being the card capacity. Unusually, the optical zoom can be used during video shooting, although the zoom motor is faintly audible on the soundtrack. Video and audio quality are both very good, and the continuous autofocus works well at full zoom and in low light. There are a number of video editing option in playback mode including rotation, editing and copying. Although it lacks the features of a dedicated video camera, the S2000HD would make a good standby alternative to a camcorder at a pinch. 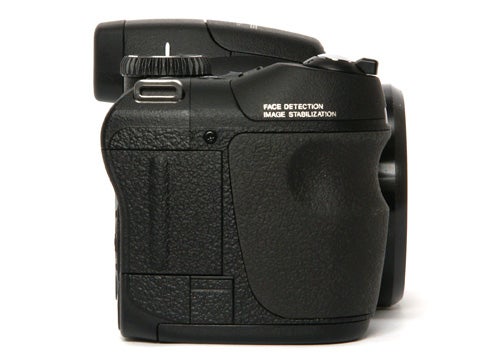 Other features include a variety of exposures modes, including program auto, shutter priority and full manual exposure, as well as two natural light modes for shooting without the flash. There are 13 scene program modes, two user-defined custom modes, and a unique zoom bracketing function that automatically saves three copies of your shot, the original plus two with different levels of digital zoom applied. As well as these there are the usual refinements such as face detection, spot metering and spot AF.

The S2000HD is a surprisingly brisk performer for a super-zoom. It starts up in a little over two seconds, and shuts down again in a bit under three, which is quicker than some compacts. Shot-to-shot time in single shot mode and the highest picture quality setting is approximately two seconds per frame, which is also quite respectable. The S2000HD has five continuous shooting modes. In the normal full-resolution mode it shoots at approximately 1.6 seconds per frame, but there is also a high-speed mode shooting at approximately five frames a second, at a resolution of five megapixels, and an ultra-high-speed mode that is limited to three megapixels but shoots at approximately 10 frames per second. 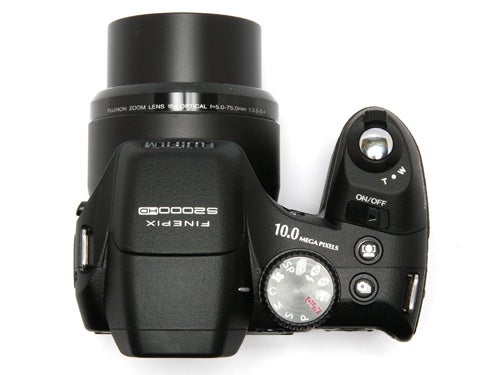 The S2000HD has an exceptionally good autofocus system, focusing quickly and accurately in every lighting condition in which I tried it, including in low light at maximum zoom. It has the brightest AF assist lamp I’ve ever seen, and had no problem focusing in total darkness at a range of around five metres, which is very impressive although it can leave your friends blinking in surprise. It also has an exceptionally powerful flash, with a maximum range of over six metres in auto ISO mode, but which also has very good metering so it doesn’t over-expose at close range.


In terms of picture quality the S2000HD is good, but perhaps not as good as its otherwise extremely impressive performance might lead you to hope. The level of fine detail is surprisingly low for a 10MP camera, and the lens isn’t as good as some of its close competitors. It shows some barrel distortion at wide angle, and also some corner blurring and very noticeable chromatic aberration. 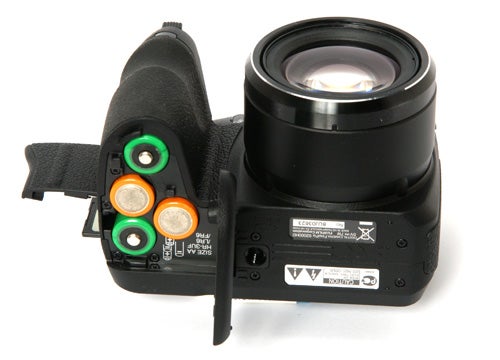 One area where the S2000HD does stand out though is noise control, traditionally a Fujifilm strongpoint, although here too there are a few oddities. Shots at 100, 200 and 400 ISO are exceptionally clear and noise-free, with plenty of sharp detail and good colour reproduction. However from 800 ISO upwards the noise reduction system suddenly goes nuts with the pixel-binning, producing images with very little detail that look like they were shot on a video camera. Colour balance is still good, and the pictures would be OK for an email or website, but I wouldn’t want to print them.

Overall the S2000HD offers a lot of camera for the money, and is one of the most versatile super-zoom models on the market. It’s not without a few faults, but the excellent handling, wide zoom range, fast performance and superb low-light focusing make this a camera that can cope in most situations. As a general-purpose camera it’s hard to beat for the price. 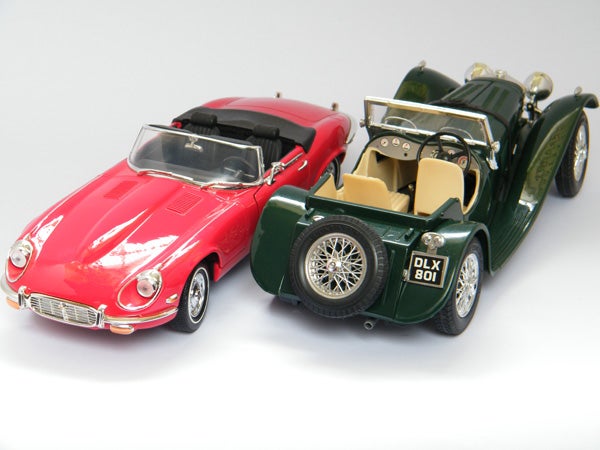 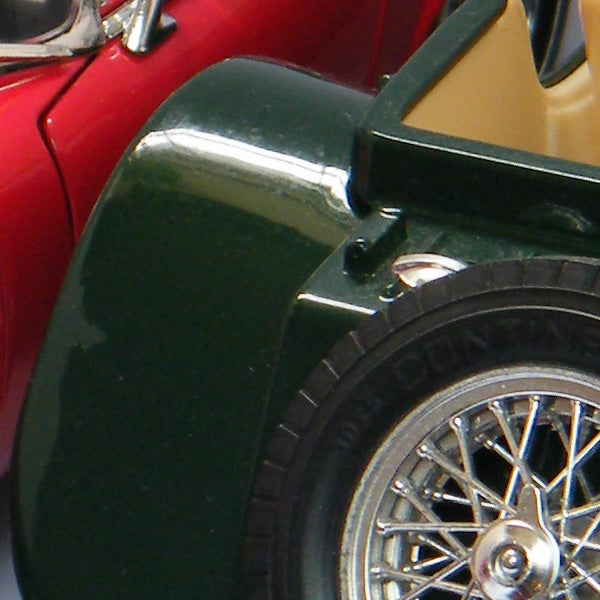 At 100 ISO the image quality is very clear and smooth. 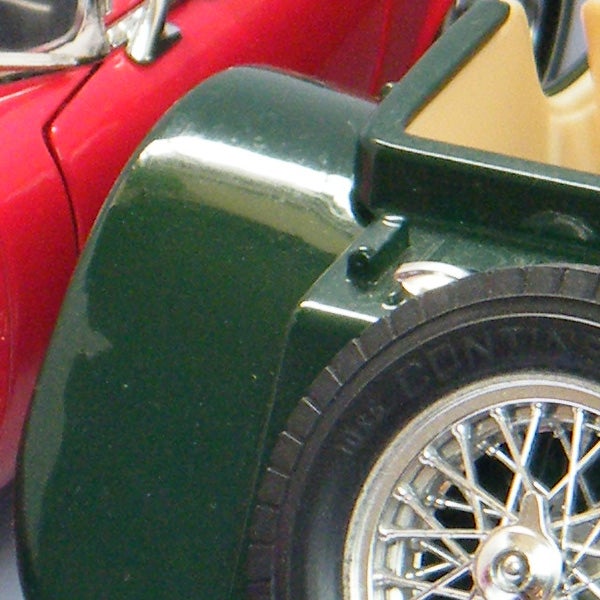 There is some fine-grained noise at 200 ISO, but it’s quite smooth and would still look ok on a medium-sized print. 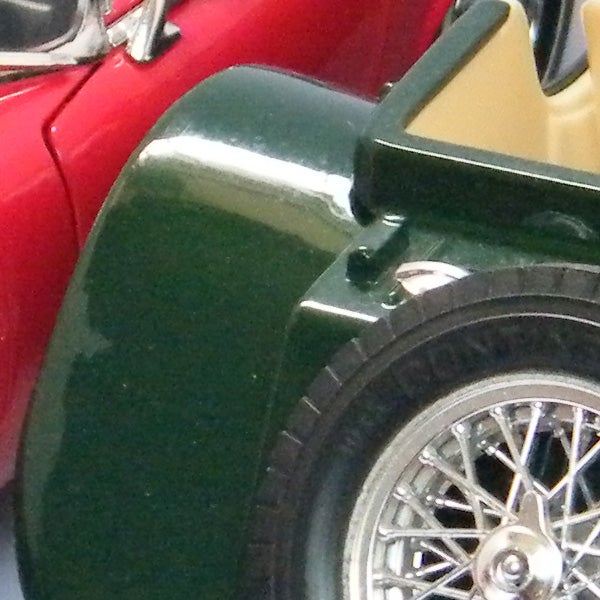 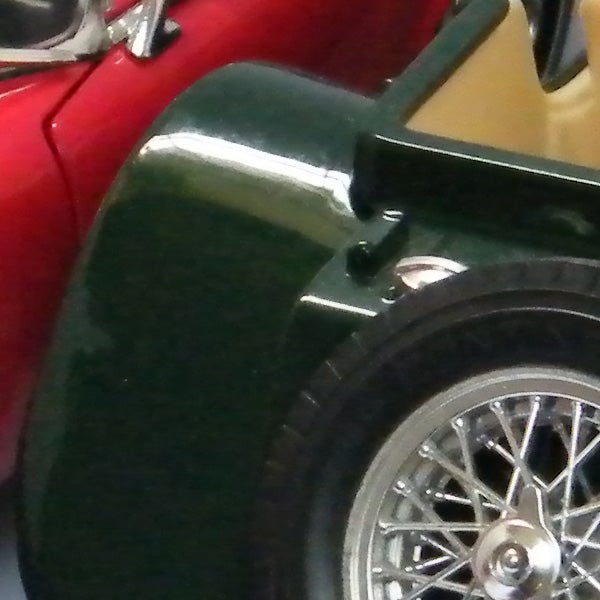 Suddenly at 800 ISO it all goes horribly wrong, with massive pixel binning reducing the image quality to a blur. 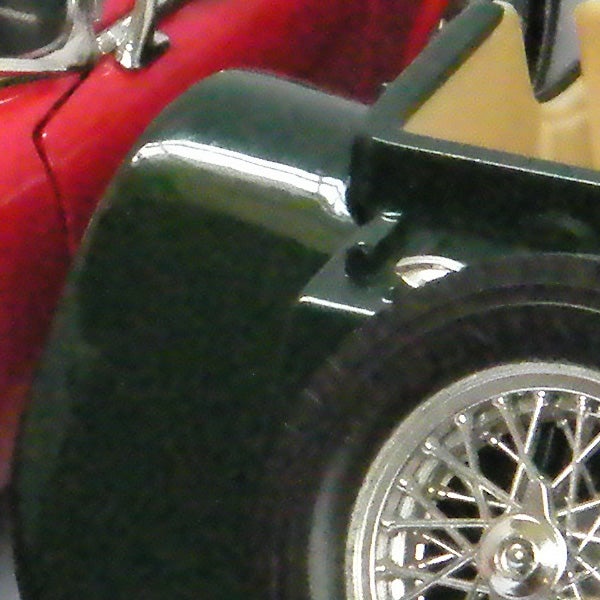 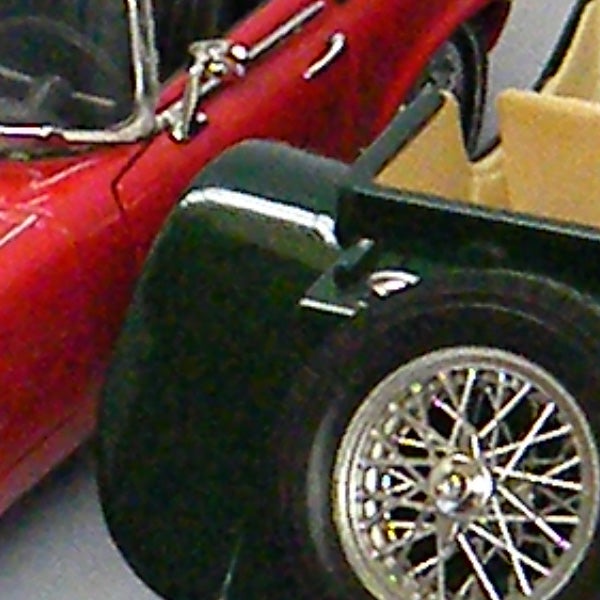 3200 ISO is limited to five megapixels, and the image quality is pretty low. 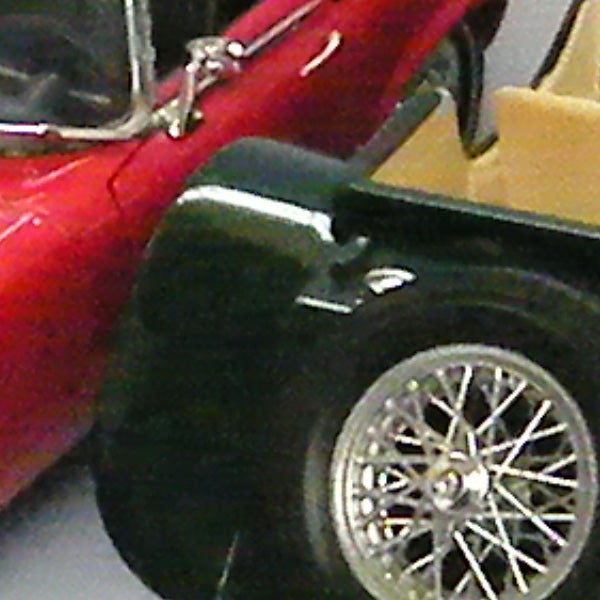 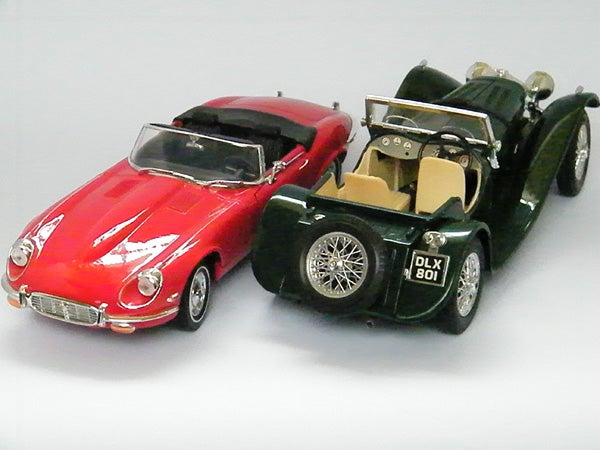 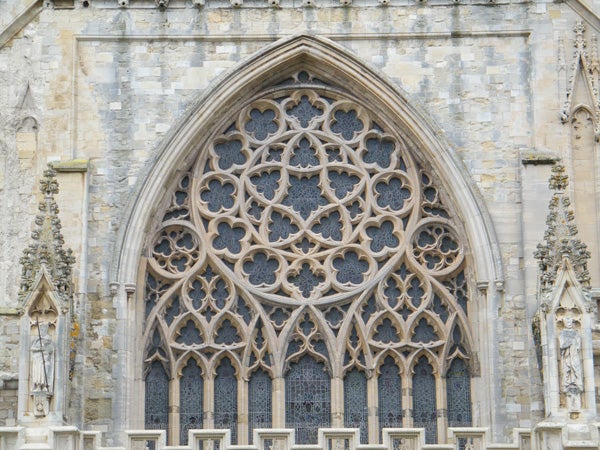 The usual test shot of the west window of Exeter cathedral to compare detail and sharpness with other cameras. See below for a full-res crop or click to download the full-sized version. 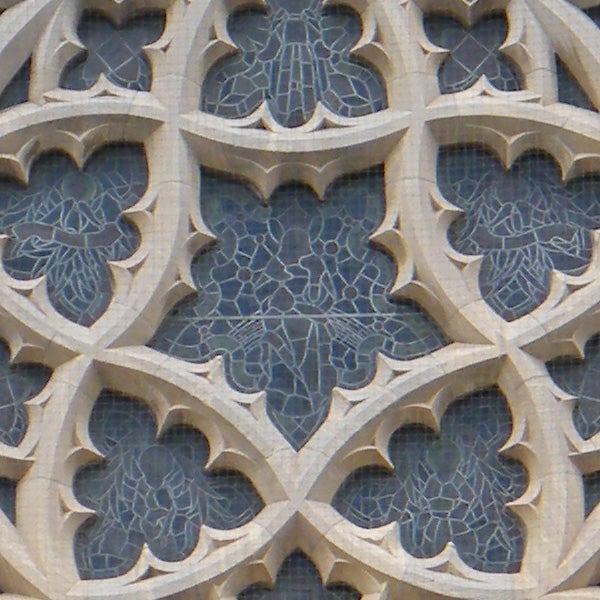 Image quality is generally good, although the level of fine detail isn’t as good as some. 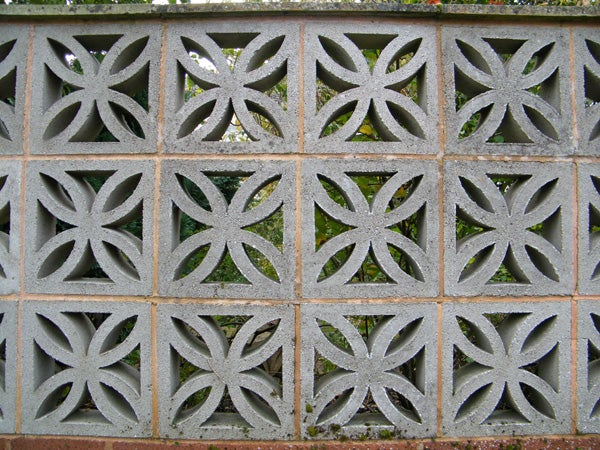 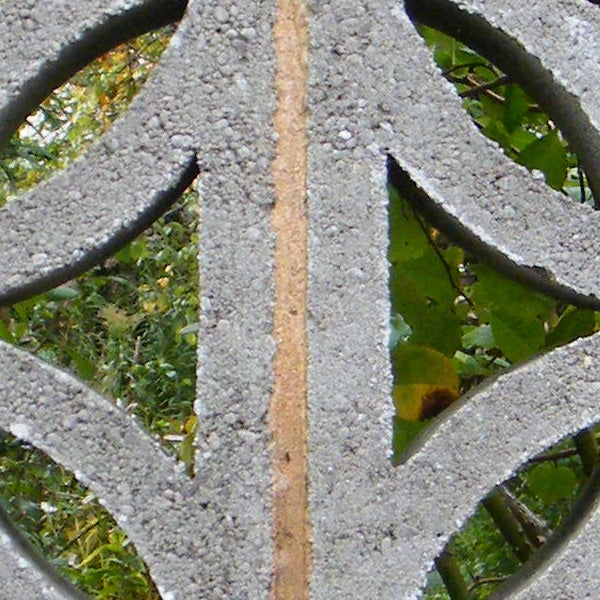 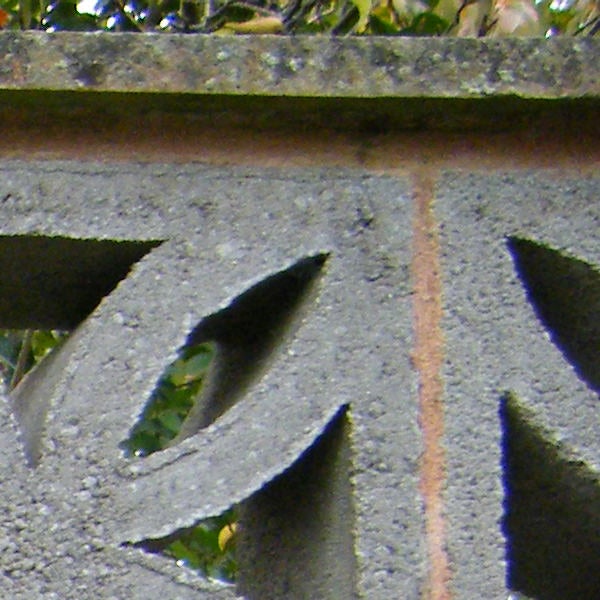 But the corner is a bit blurred and has lots of chromatic aberration. 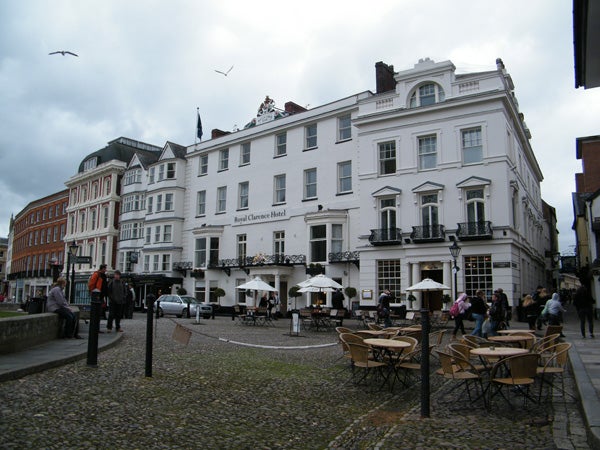 The 28mm-equivalent wide-angle lens is great for fitting wide scenes into the frame. 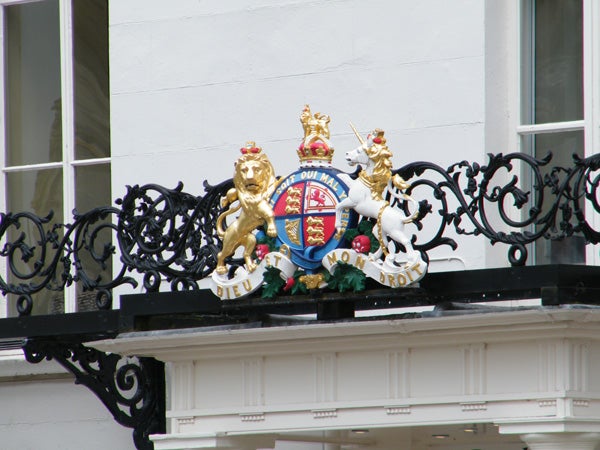 The telephoto end is equivalent to 414mm, good for picking out details. This was taken from the same spot as the picture above. 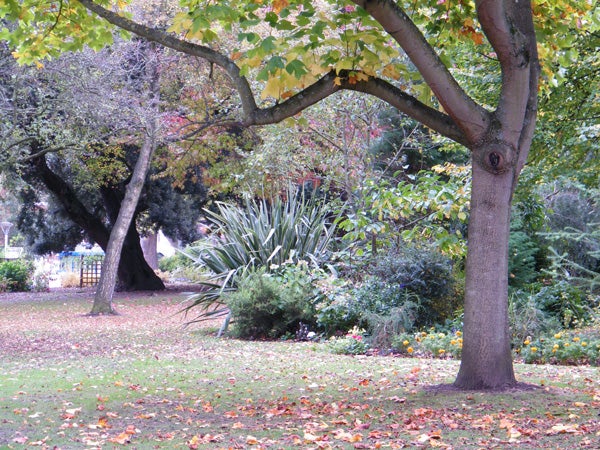 This is the colour in standard mode. 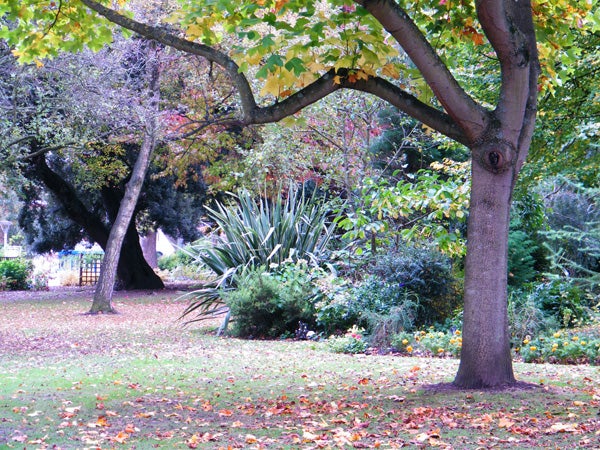 This is the same scene in the high-saturation Chrome mode. 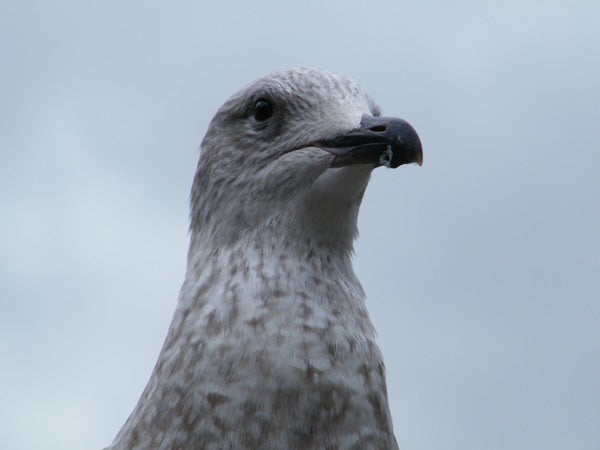 A powerful zoom and a fast AF system make the S2000HD great for spur-of-the-moment shots.