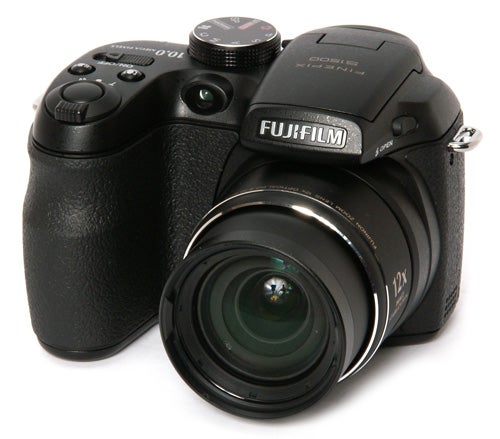 Launched in February, the S1500 is currently selling for just under £200, but if Fuji follows its usual pattern the price will probably drop dramatically over the next few months. The excellent 15x zoom, 10MP FinePix S2000HD which was launched last August is now available for under £150. 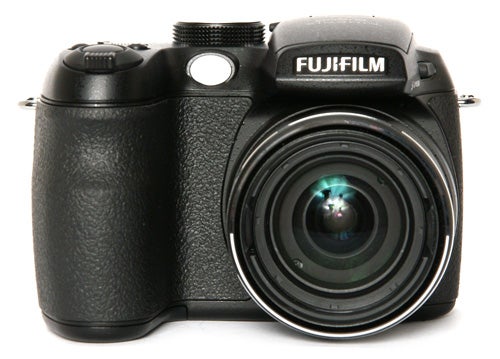 The S1500 is an update of, and bears a very close resemblance to, the FinePix S1000fd, launched at around this time last year. The S1500 has the same extremely compact SLR-style body, the same 10.0-megapixel 1/2.3-inch CCD sensor, the same 12x zoom f/2.8-5.0 lens (equivalent to 33-396mm) and the same 2.7-inch 230k monitor. The size and weight are identical and it still uses four AA batteries for power, housed inside a large and comfortable handgrip.


The S1500 isn’t quite identical to last year’s model though, because it has one very important feature that its predecessor lacked; the sensor-shift image stabilisation system previously seen on the FinePix S2000HD.

The image stabilisation system, welcome though it is, is far from being the S1500’s only new feature. It has a new shooting mode, SR Auto, a scene recognition mode which selects the best choice of six different scene modes depending on the situation. Many other manufacturers, notably Pentax and Panasonic, have had a similar feature for some time, and Fuji’s version works about as well as any of them. It copes well with backlighting, low light portraits and other tricky subjects. 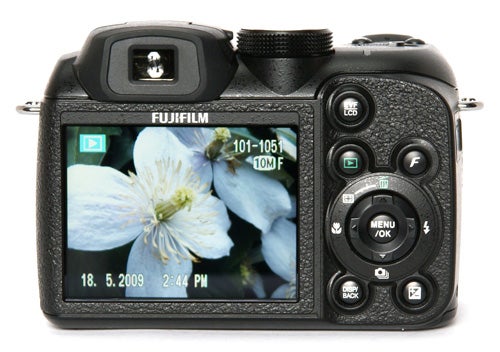 Also new is the tracking autofocus system, which attempts to keep a moving subject in focus as long as it stays in the frame. It’s something usually only found on more expensive cameras, but nonetheless it works extremely well, keeping track of even quite fast-moving subjects as long as they remain in plain view.


Other advanced features include face detection, automatic in-camera red-eye correction, and a panorama mode which can take three 3MP images and then stitch them together in-camera to make one long panoramic image, but these have all been seen before on the S1000fd. It’s interesting that face detection was enough of a selling point last year to merit it’s own suffix (the “fd” on the S1000fd), but this year it’s just another feature. 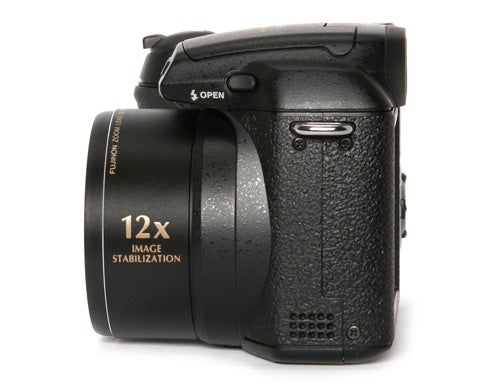 The S1500 also inherits a range of manual exposure options including aperture and shutter priority as well as full manual exposure, which will be welcomed by hobby photographers. The range of aperture settings is a little limited, since the minimum aperture at the wide-angle end of the zoom is only f/6.4, but shutter speeds from 8 seconds to 1/2000th of a second are available. The S1500 has a higher maximum ISO setting than the S1000fd, reaching 6400 ISO although only in 3MP mode.


Since the S2000HD was one of the first long-zoom cameras to feature HD video recording I’m slightly surprised that the S1500 hasn’t been equipped with this new must-have feature as well, but I guess some money had to be saved somewhere. Instead it has to make do with a 640 x 480 30fps video mode and mono audio, but at least the optical zoom can be used while shooting, and video clip length is limited only by memory card capacity. 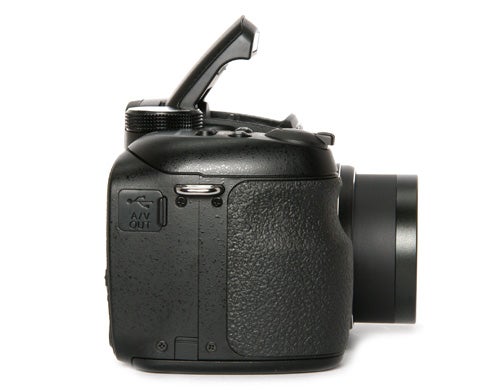 Speaking of memory cards, the S1500 is yet another Fujifilm camera that can only use SD/SDHC cards, further auguring the demise of the xD-Picture memory card format, now only used by Olympus. It looks like the xD-Picture format is rapidly going the way of the SmartMedia card format that it was designed to replace.

Not too surprisingly, the S1500’s overall performance isn’t much different to that of its predecessor. It’s actually a little slower to start up than the S1000fd, in a little over two seconds, although it shuts down more quickly in about one and a half seconds. In single-shot mode it still has a shot-to-shot time of approximately three seconds, but at least it’s consistent and can keep it up until the card is full. In long-period continuous shooting mode it averages approximately one frame per second, which is actually a little slower than the S1000fd. It’s also not consistent, starting of faster but then slowing down after three or four shots. The S1500 also has several high-speed continuous shooting modes, including 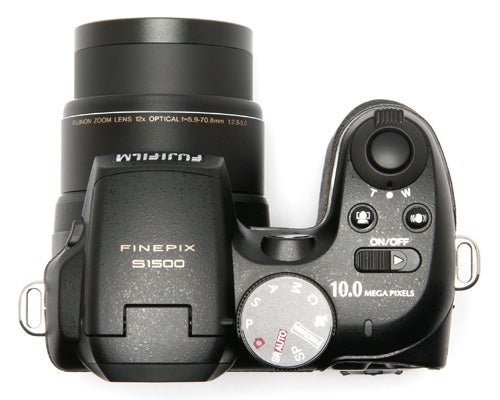 The autofocus system is also very good under most conditions, focusing quickly and accurately even in low light conditions. Like the S1000fd the S1500’s low-light performance is excellent, with a bright AF assist lamp and a very powerful flash. However some readers who bought the S1000fd did suggest that it had problems focusing at full zoom, so I tested this more thoroughly and in fact I did find that the S1500 also has difficulty in this area, sometimes taking two or three tries to focus correctly at full zoom. Annoyingly the camera beeps confirms focus in this situation even if it’s actually badly out of focus, so you have to pay attention.


Image quality was one area where the S1000fd had a few issues, but several improvements seem to have been made for the S1500. Unsurprisingly it still has the same lens performance, with noticeable barrel distortion at wide angle and pincushion at telephoto, but providing decent corner-to-corner sharpness. It still has the same excellent image noise control, with good picture quality at 400 ISO and usable images even at 800. Dynamic range seems to be a bit better than the previous model, although maybe I’ve just seen too many 12MP cameras lately. Colours definitely aren’t quite as strident in the default mode though. All in all the S1500 produced good results in a wide range of different situations, and was a lot of fun to use. 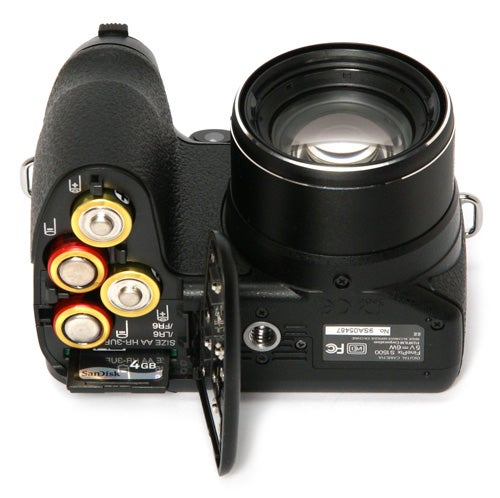 Additional features including sensor-shift image stabilisation, scene recognition and tracking AF, as well as some minor image quality tweaks make the S1500 a worthwhile upgrade over the S1000fd. Its compact size, decent build quality and comfortable handling make it a capable and versatile all-rounder and a good value alternative to more expensive travel cameras.

”Over the next few pages we show a range of test shots. On this page the full size image at the minimum and maximum ISO settings have been reduced to let you see the full image, and a series of full resolution crops have taken from original images at a range of ISO settings to show the overall image quality. The pictures were taken indoors using natural light. ” 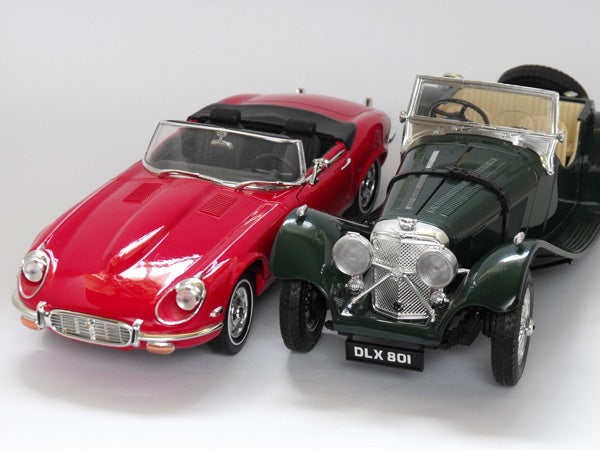 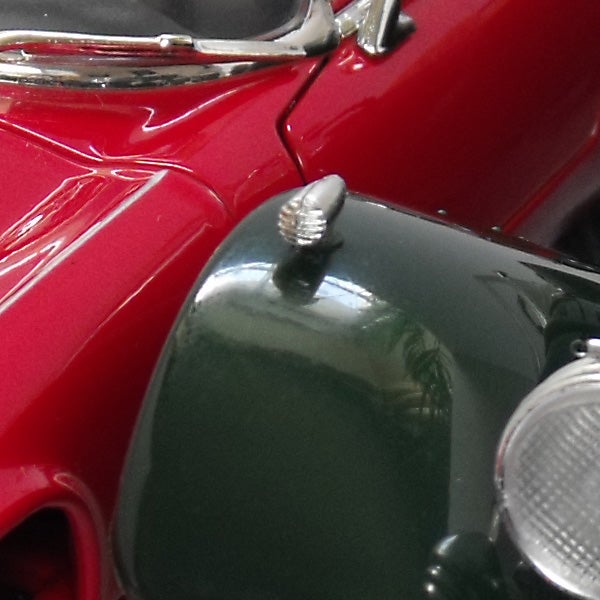 Superb picture quality at 64 ISO, with smooth tones and no noise. 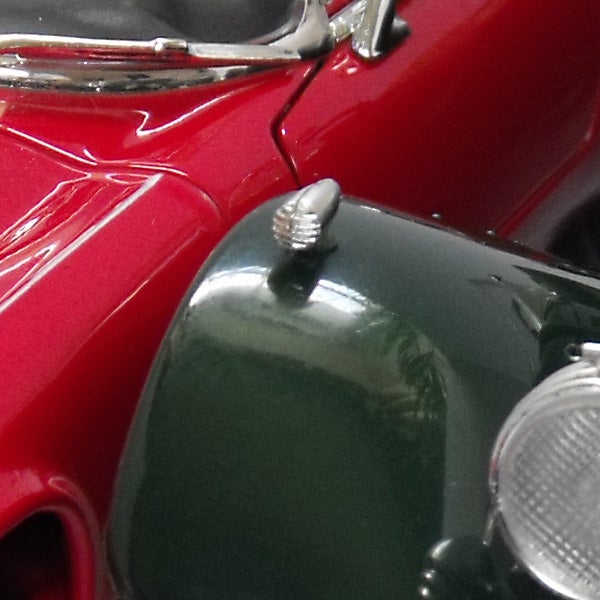 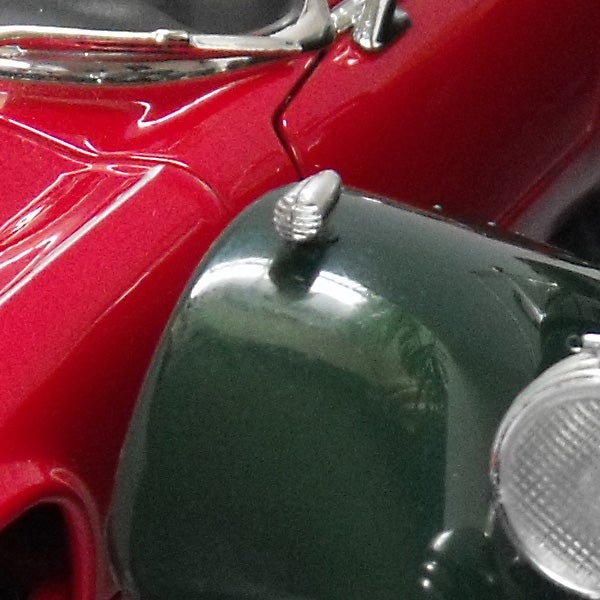 There’s a faint texture at 200 ISO, but colours reproduction is still fine. 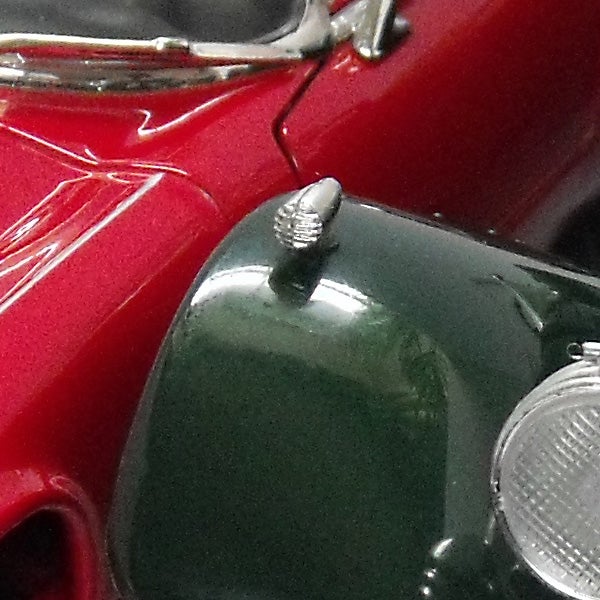 There is visible noise at 400 ISO, but it’s not affecting colour rendition and the shot would still make a good large print. 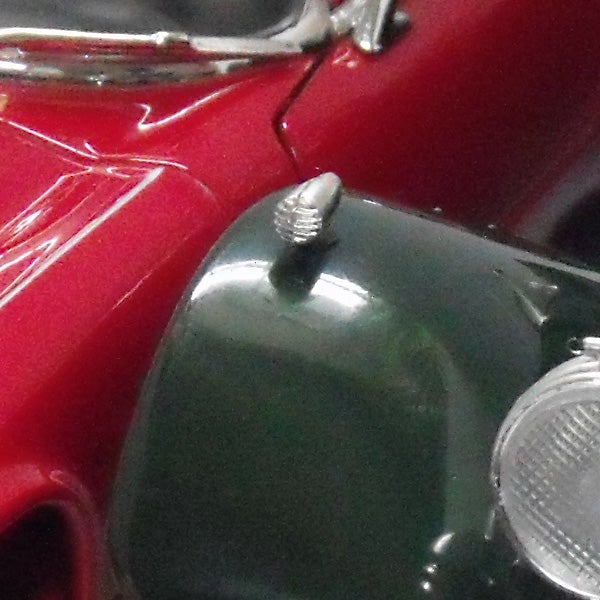 There is some colour mottling at 800 ISO, but the overall qualiity is still pretty good. 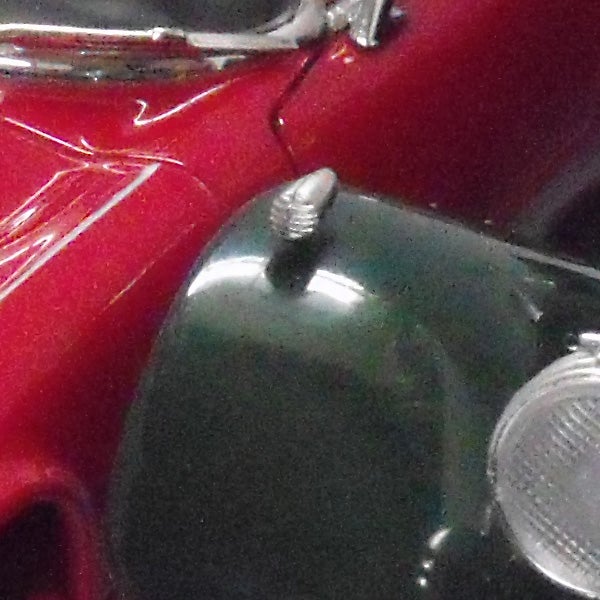 Not much shadow detail left at 1600 ISO, and a lot of noise. 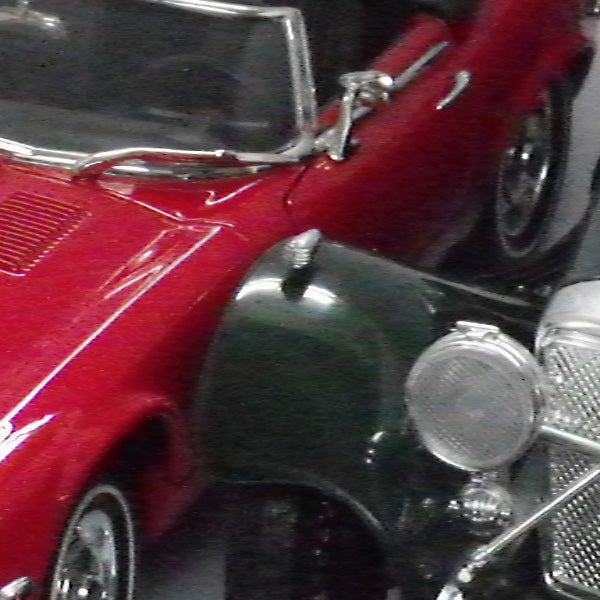 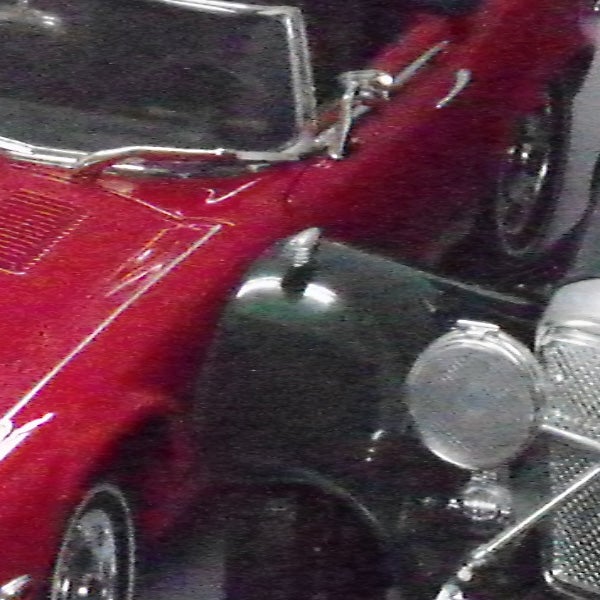 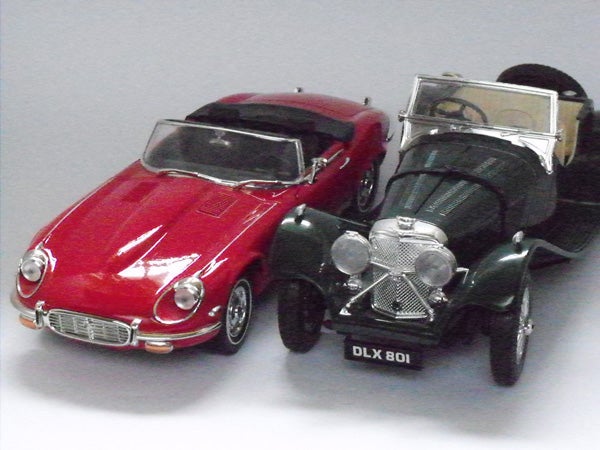 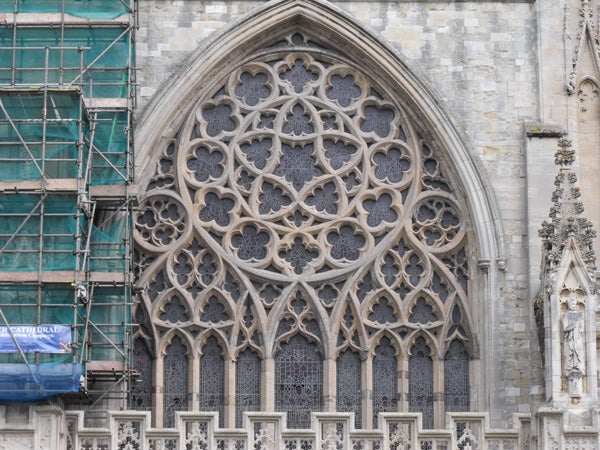 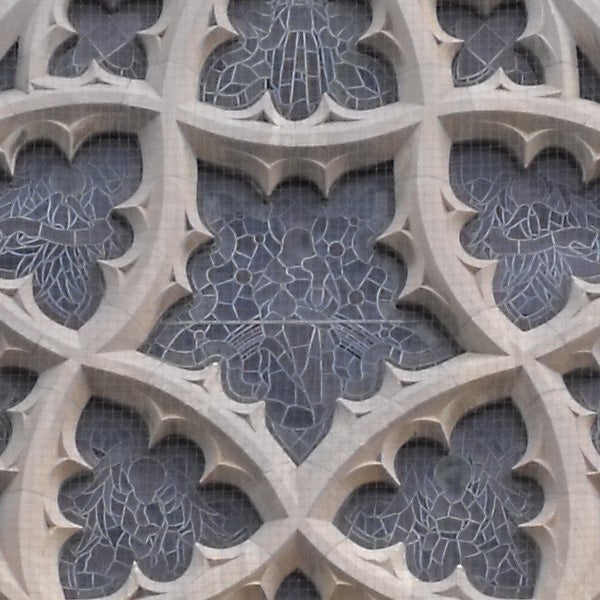 The level of detail is pretty good despite the grey overcast weather, a little above average for a 10MP camera. 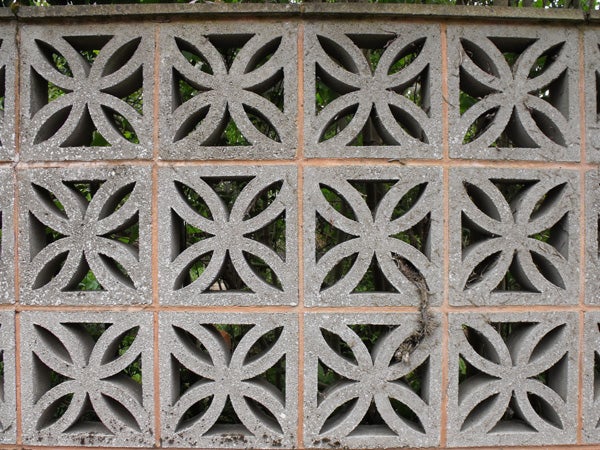 Our garden wall is looking a bit bent at the wide angle end of the zoom range. It’s interesting to compare with the 10MP, 12x zoom Panasonic TZ7, which costs around £280. 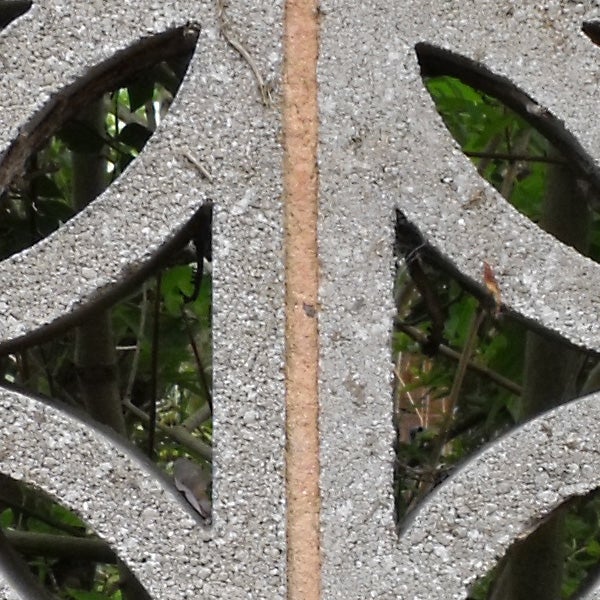 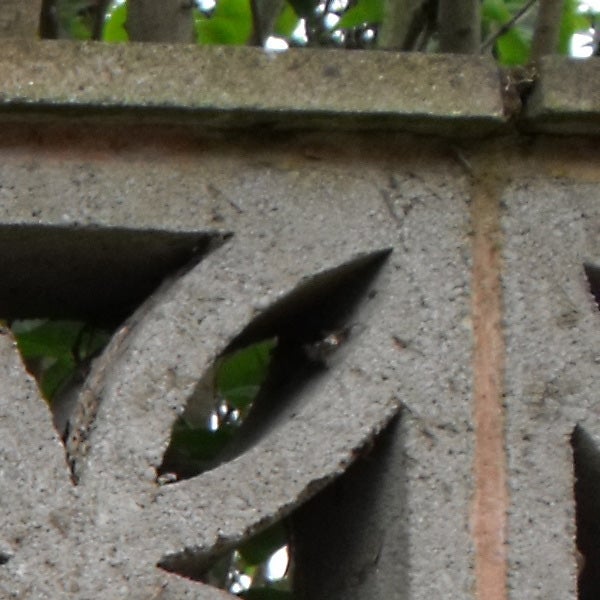 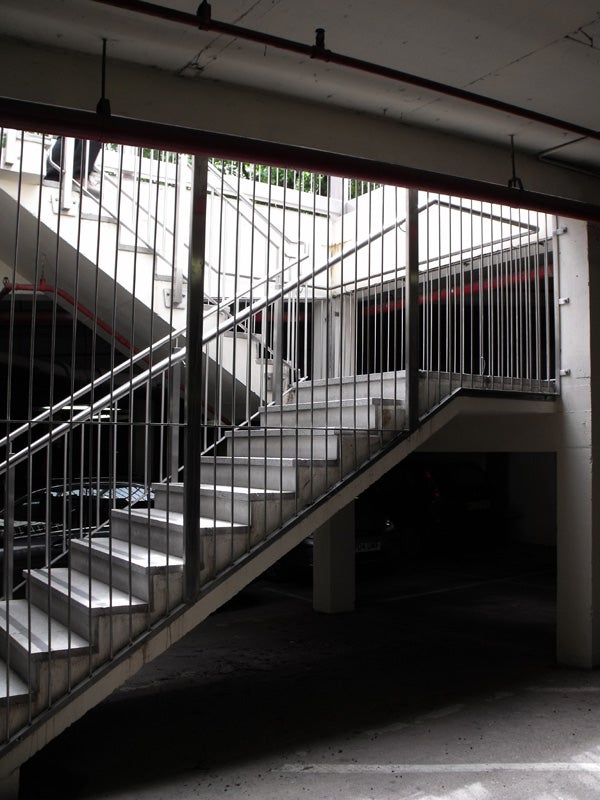 Considering it has a 1/2.3-inch 10MP sensor, the dynamic range isn’t too bad. There’s still a little shadow detail, and the highlights are intact. 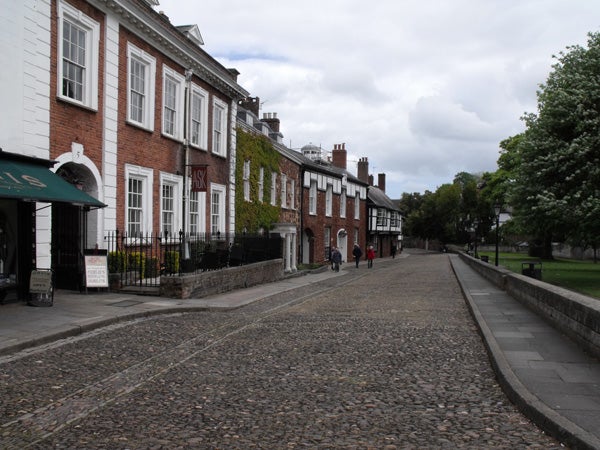 The wide angle and is equivalent to 33mm. 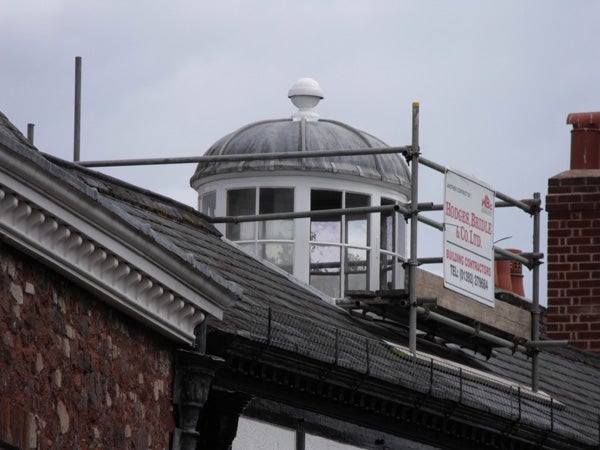 The telephoto end is equivalent to 396mm. This was taken from the same position as the shot above. 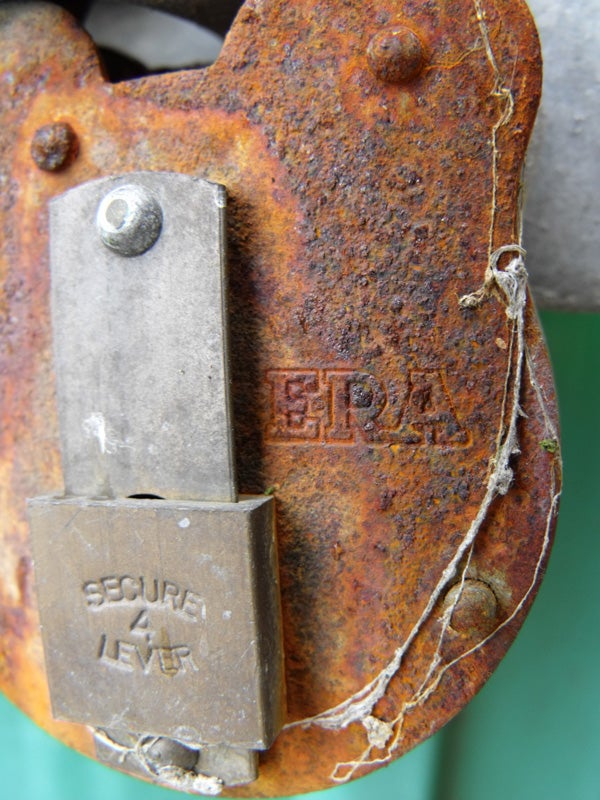 Colours are still a bit over-saturated, but not as much as the S1000fd. 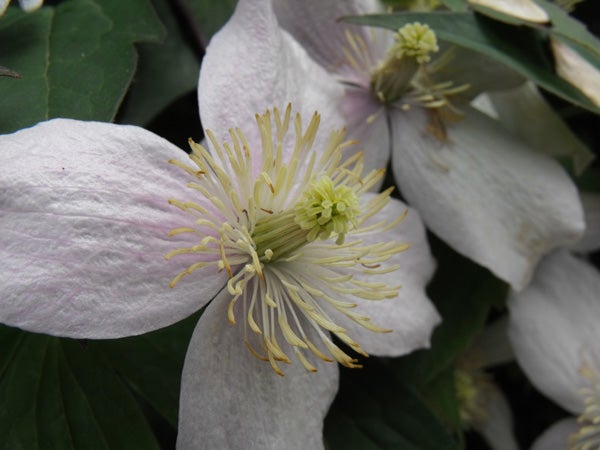